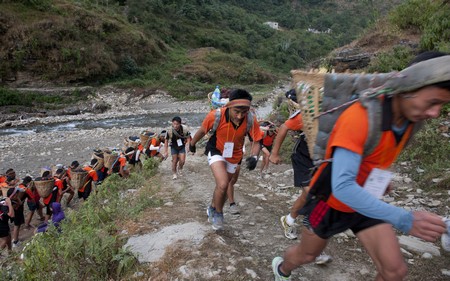 Not only do we provide support for Gurkha veterans, many of our staff members in Nepal and the UK are former Gurkhas too.

What is the Doko race? 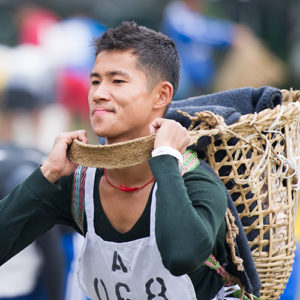 In Nepal, the traditional Gurkha Recruitment Doko race is an uphill sprint in the Himalayan foothills while carrying a traditional Nepali Doko basket on your back. Potential recruits are expected to complete the course in under 46 minutes. Failure to do so means the end of their Gurkha selection process.

For those who haven’t already signed up, you can try the Doko race for yourself at our two Doko challenge events. Doko Challenge North takes place on 23 May in Cumbria and Doko Challenge South on 6 June in London, all in aid of impoverished Gurkha veterans and their families in Nepal.

We recently caught up with some of the former Gurkhas who work for us across Nepal to reflect on the gruelling Gurkha selection process, and particularly the famous Doko race. 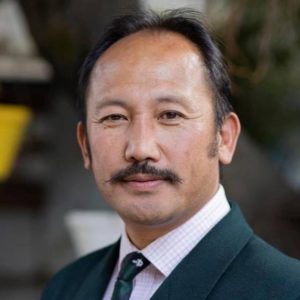 Year he completed the Doko race: 1992

Jaibahadur served the British Army for 26 years in Hong Kong, Brunei, UK and Nepal. He works in one of our busiest Welfare Centres, in Kathmandu. Jai was recruited into the Gurkhas in 1992:

“There were approximately 25,000 applicants. Many people failed in different sections such as in, education, medical, documentation, and physical tests. Only 150 Gurkhas were selected, including me.”

“For boys like me, who were raised in a mountainous country and the hilly regions of Nepal, walking up and down the hills is extremely common, yet I found the Doko race very challenging. The reason I found it challenging was because it was a competition. Not only was I competing with the best of the best potential recruits from all over Nepal, but I also had to carry heavy weights and sprint uphill at a steep 45 degree angle. In addition, this race had to be completed within 45 minutes.” 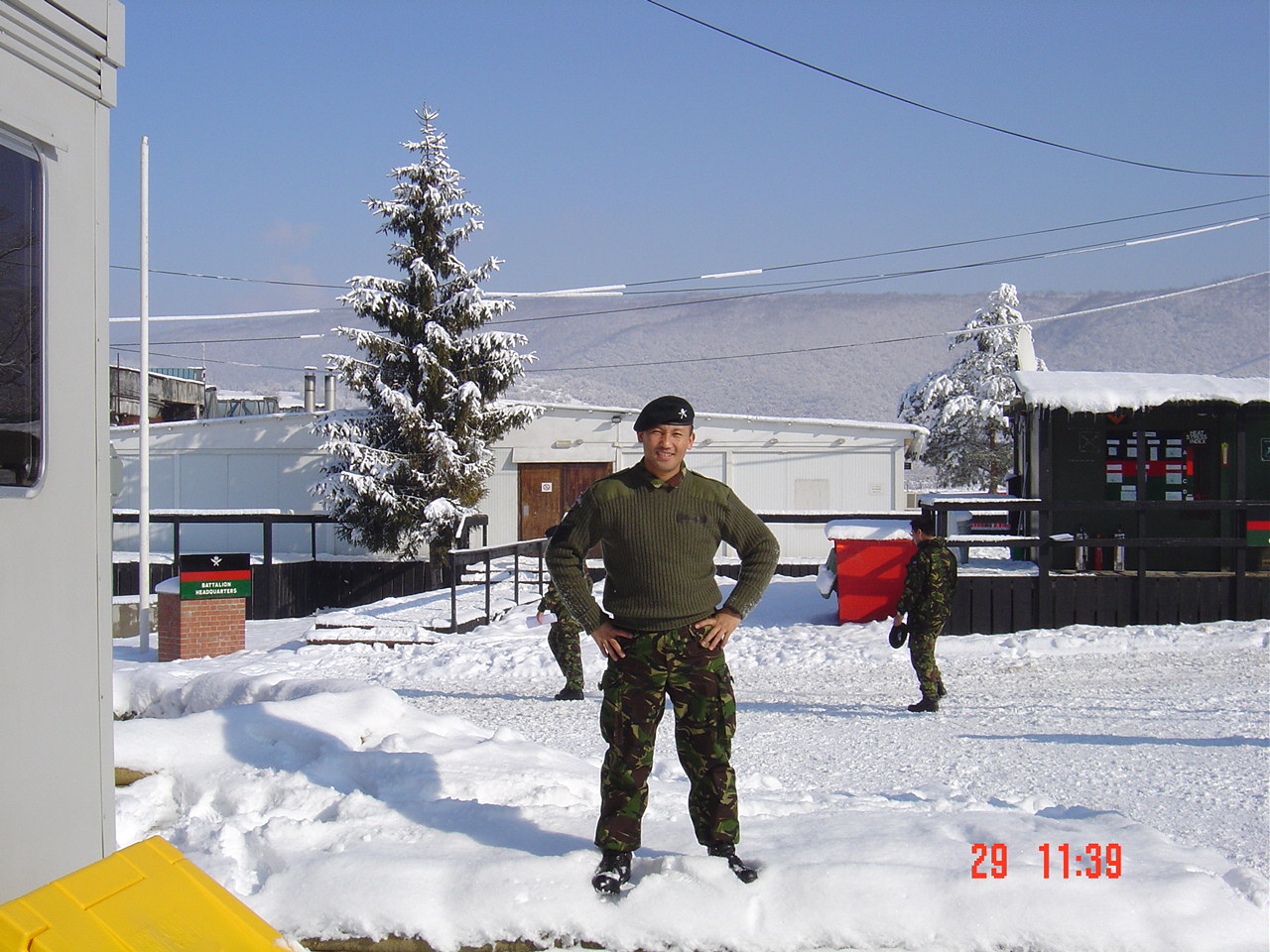 “When I reached the end, I felt as if I had conquered the Everest, so extremely happy and relieved. I could feel the adrenaline rush; my heart was pumping and my thighs were burning. Although I didn’t come first, I was happy I didn’t come last either. I was somewhere in the middle.”

Jaibahadur has the following advice for those taking on our Doko Challenges this summer:

“Practice walking and running with weight on your back wherever possible. You can even practice at home, up the stairs and on local hills. Practice using head straps where possible.” 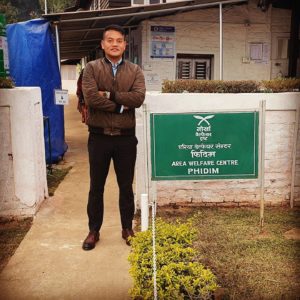 Year he completed the Doko race: 2007

Nir served Gurkha Contingent Singapore Police Force for 12 years and retired as a Sargeant. He’s been working for The Gurkha Welfare Trust for nine months from our Welfare Centre in Phidim, Nepal. Nir was keen to tell us about his experience of the Doko race in Nepal:

“More than 20,000 people applied to become Gurkhas that year. Out of those, 700 were selected for central selection where we had to do the Doko race.”

“When I crossed the finish line, the first thing I felt was relief and a sense of accomplishment. I felt yes I did it and was on top of world”

“When you get told you’ve made it into the Gurkhas, it’s like a dream come true. You are selected to follow the footsteps of your forefathers. When I got selected I felt like I just replaced my grandfather and uncles those who served in 7th Gurkha Rifles and I cried almost 30 min with happiness.” 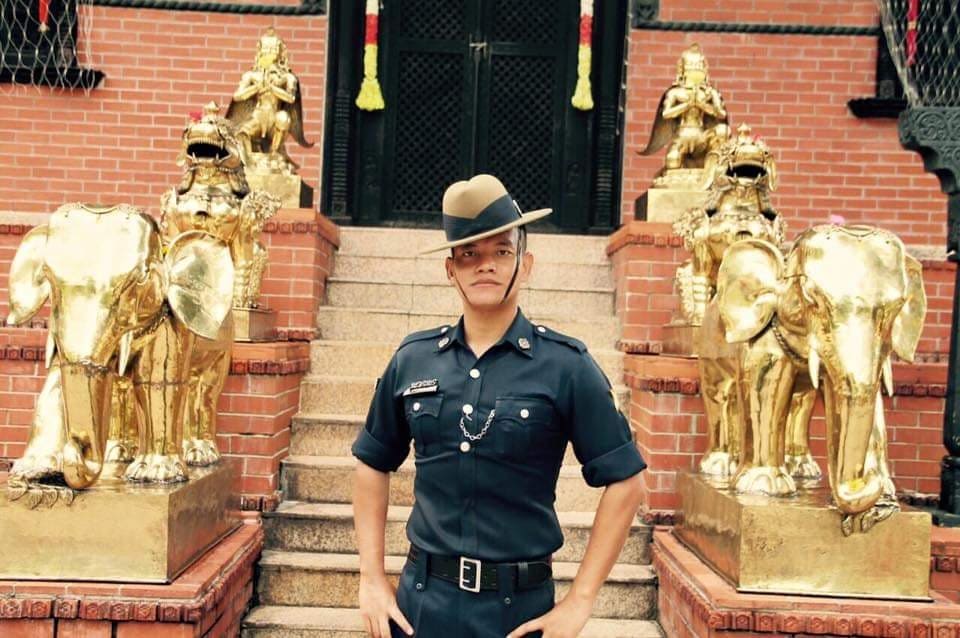 Nir has the following advice for those taking on our Doko Challenges this summer:

“Firstly, from my self and on behalf of GWT family and all Gurkhas community I would like to extend thank you so much to UK public  for the support and love.”

“My advice would be to prepare your Doko basket properly.The Doko basket should be firm with your body and it should be tight. Beware of your running posture. If your posture isn’t right, it could give you an injury in future. Keep hydrated. And Keep on moving. Do not stop or take a rest during the race!” 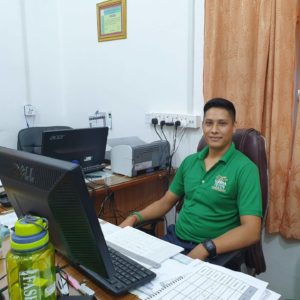 Year he completed the Doko race: 2000

Kumar served with the Gurkha Contingent in Singapore and retired as a Staff Sargeant. He’s only been working for us for six months, but he’s excited about his career at The Gurkha Welfare Trust. He remembers the Doko race like it was yesterday:

“Light food was given early in the morning. It was fearful until it started. Rushing and dashing, aiming to get to the top first, few bumped eachother and some fell to the ground but without injury. I started slow and was among few tailing everyone in front. However, I was able to overtake more than 20 competitors.” 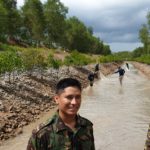 Kumar has the following advice for those taking on our Doko Challenges this summer:

“The feeling of glory upon finishing is proportionate to the amount of pain and suffering you endure during race. So feel the pain, remember the challenge, enjoy the moment of glory.”

Find out how you can take on the Doko Challenge this summer here.

Previous The Irishman who helped discover the Gurkhas 17th March 2021
Next Meet the man walking 7,500 miles for the Gurkhas 13th April 2021
Donate Today