Meet the man walking 7,500 miles for the Gurkhas 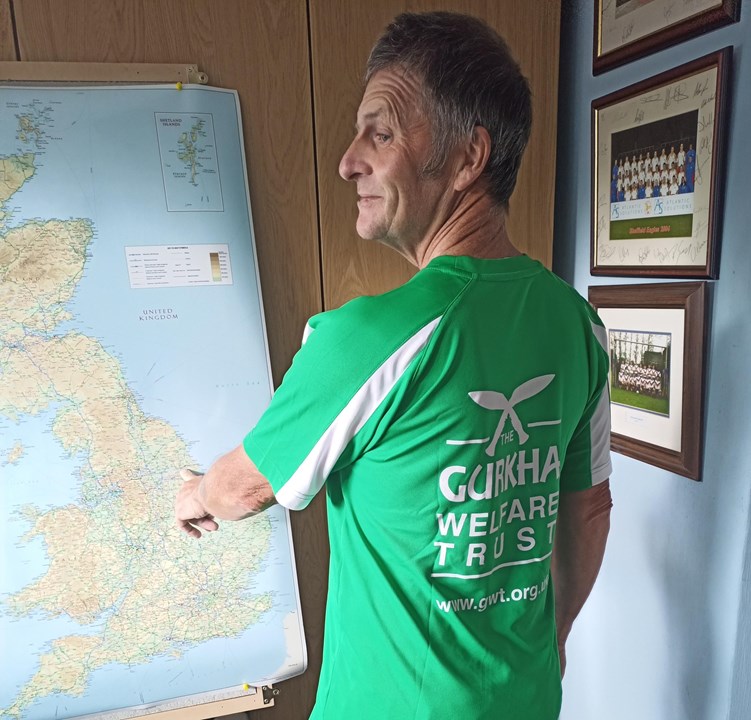 Starting on 12 April, Jim Morton will be walking around the whole of the Great British mainland, an estimated 7,500 miles. He recently took the plunge to not only take on the epic challenge but to also support Gurkha veterans with every step.

Jim has been dreaming of this journey since Christmas Day in 1967 when his father received the AA Readers Digest book of the road as a present.

“The book very quickly made it to my bedroom I still have it now.”

A life-long fascination with lighthouses will keep Jim going

“I had seen a programme on TV about lighthouses and became fascinated by them. The summer of 1968 brought my first visit to a lighthouse at Flamborough and from then on I decided I must see them all so decided the best way to do this would be to walk around the coast.

Jim joined the Royal Navy at the age of 16 and had planned to leave aged 21 to achieve his lifelong ambition.

“By 1978 my plans had taken shape I was going to start at Booth ferry bridge and walk clockwise around the coast, I had no idea how long it would take, I bought the rucksack, the maps, the boots, and other bits and bobs and was as lean has a butcher’s dog.”

“During the summer of 1978, I was at home in Sheffield when the reporter on BBC Radio Sheffield said we now have John Merrill on the phone to share his coastal walk experience with us. I was mortified my ambition to be the first person was gone. I lost interest in the project and stayed in the Navy beyond the five years I had planned.”

If not now, when?

Proving it’s never too late, Jim is hoping to start the challenge on 12 April. We can’t wait to follow him on his journey- we’ll be sure to share updates on our social media pages.

You can support Jim on his journey by donating to his Just Giving page here.

Why not keep him company on a stretch? If you would like to walk a while with Jim you can get in touch with him on his Facebook Page.

If you’re feeling inspired by Jim and want to take on a challenge of your own in aid of Gurkha veterans and their families, get in touch with Georgia at challenges@gwt.org.uk

A poem by Jim Morton

“Ayo Gorkhali!” the call went out

not from me t’was officer that did shout

brave men leave their homeland they know not where they go

fighting with friends to defeat any foe

of Gurkha men who fight with us in any war

fighting to save no one they knew

of these brave men I am so very proud