The school that does it all

For 200 years the Gurkhas have served alongside British forces protecting our freedom and gaining a fearsome reputation as some of the bravest soldiers in the world.

A nation gave us their sons

Though we are primarily known as the Gurkha charity caring for elderly veterans, our community work is equally vital for the country that has given us so much – Nepal.

One of our longest running programmes, our schools have benefited hundreds of remote villages. 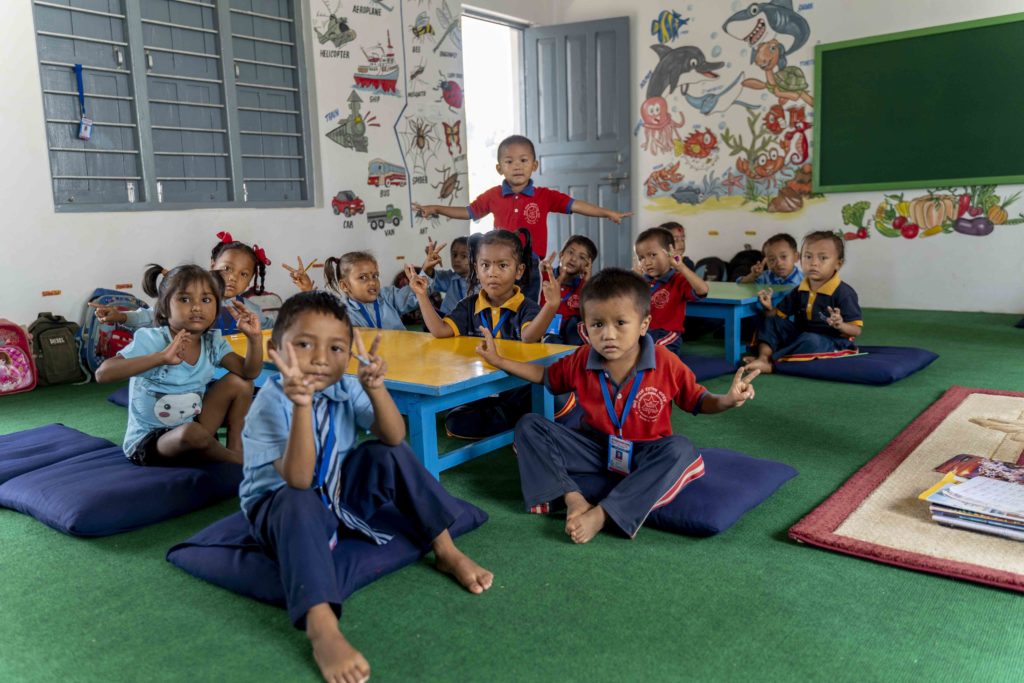 Nestled in a village 50km south of the bustling tourist town of Pokhara, Shree Siddhartha Primary School was founded back in 1954.

When we first visited the school, it was teaching over 80 pupils and employing nine staff, seven of whom were provided by the Nepali government and the other two privately funded by the local community. The building itself had been in place since 1978.

The classrooms had suffered substantially during storms in the annual monsoon season and when the earthquake struck in 2015 the walls became unsafe. As a result children were being taught in temporary corrugated iron (CGI) structures in a bid to keep lessons going.

“Before, it used to be very hot during the day as the CGI sheets started heating up. There was no adequate supply of water so the toilets were not very clean.”

For the first time in the history of our schools programme we have been working towards a ‘model’ school concept, looking not only at the structure and buildings of schools (as our previous projects have always done) but also at the way a new school may benefit the whole local community and provide the very best standard of education available for Nepali children.

Thanks to our generous supporters and a partnership with the excellent The CAIRN Trust we were able to make that a reality for the village of Badahar Bhanjyang and Shree Sidhartha Primary School.

We began work on 17 December 2018 to make the school one of our new models:

We created a new school building entirely, built to our earthquake-resilient standards to ensure that students would be protected were the worst to happen again. The new building boasts eight classrooms across two floors. The site is contained within a wall and compound fence, keeping pupils safe. 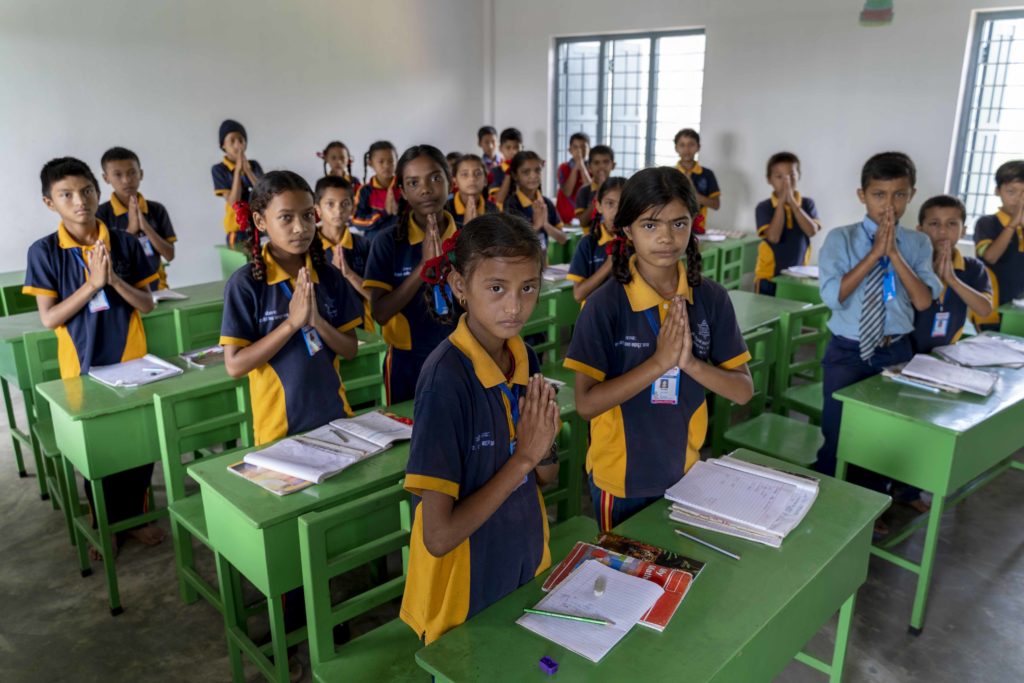 We furnished the new building with 130 new benches, 65 desks, 10 book racks and carpets to ensure their new environment was conducive to learning. The CAIRN Trust were able to provide further materials including teaching tools and whiteboards.

The CAIRN Trust were able to arrange two weeks training in Pokhara for the school’s teachers. Following the training a coach has been attached to the school for the next 18 months to ensure that staff are supported in all that they are doing for the children. 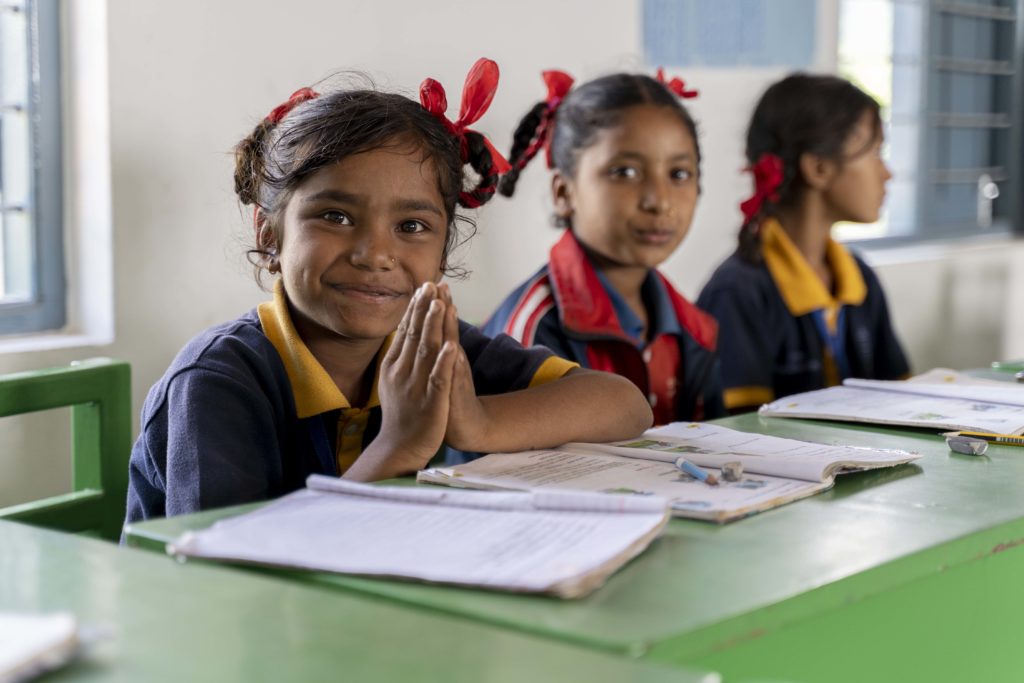 The school library building is now in place and The CAIRN Trust are working to furnish it with books so that both the pupils and the local community can benefit. 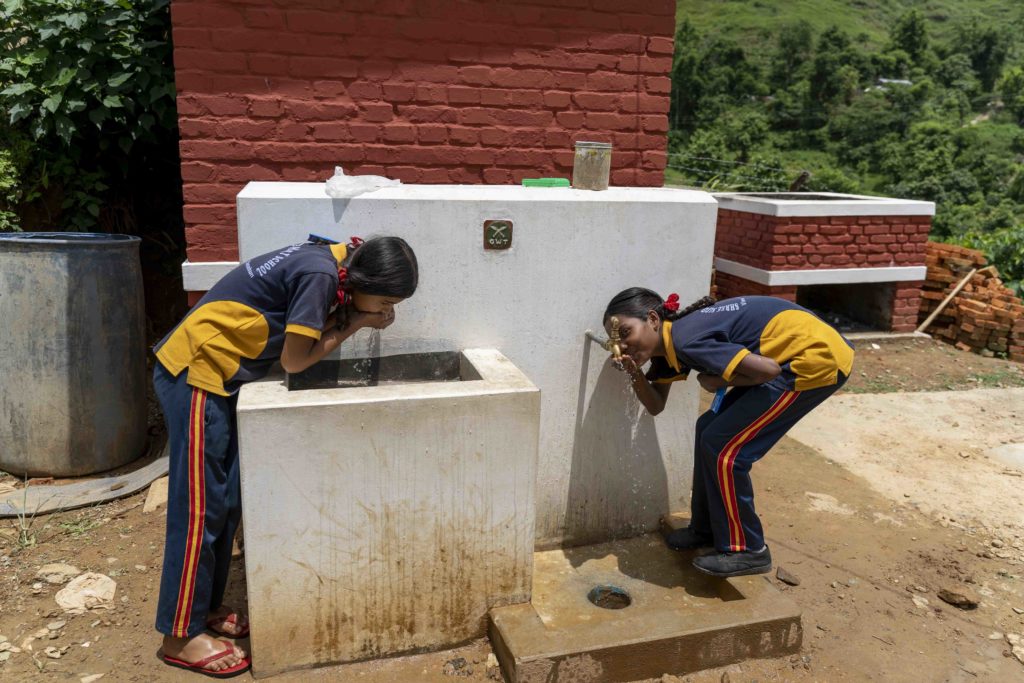 We have installed taps which access a safe and clean water source located almost 2km away in the jungle. As well as multiple taps we have also built and installed gender-separate toilets (which we know can make all the difference to student attendance levels).

We will shortly be delivering some educational sessions on sanitation at the school and distributing re-usable sanitary pads for female students.

A new start for the children

“I have been teaching in this school since the last 28 years. Our previous school building was single storey, had a very low ceiling and the windows were only on one side of the building and would limit the air flow. Because of the limitations of the facilities like proper building, water and toilets we weren’t able to provide quality education or attract new students from the villages.

GWT chose us for its ‘Model School’ concept and they completed the construction in 7 months! Including providing us with toilet blocks, safe drinking water, desks and benches. They have also helped us adopt the ‘child friendly’ Montessori method of teaching. Our teacher were trained at Fulbari Montessori Cottage which I think will help build a strong foundation in our students. In collaboration with such organisations, I think we will be able to change the way we provide education in this school, and hopefully, in the next three years, our school will become an example school in the area. We have the support from our management, our teachers, the local authorities and GWT.

As the construction was ongoing, our new session started in April and we had about 40 new students join our school. Some have left the nearby boarding schools to join here. Our total student strength now is 122.”

“I would like to thank the GWT for this help. I hope this continues as we aim to become a leading example for educational institutions.”

Previous Children celebrate water at the turn of a tap 22nd August 2019
Next August: Our month in pictures 29th August 2019
Donate Today