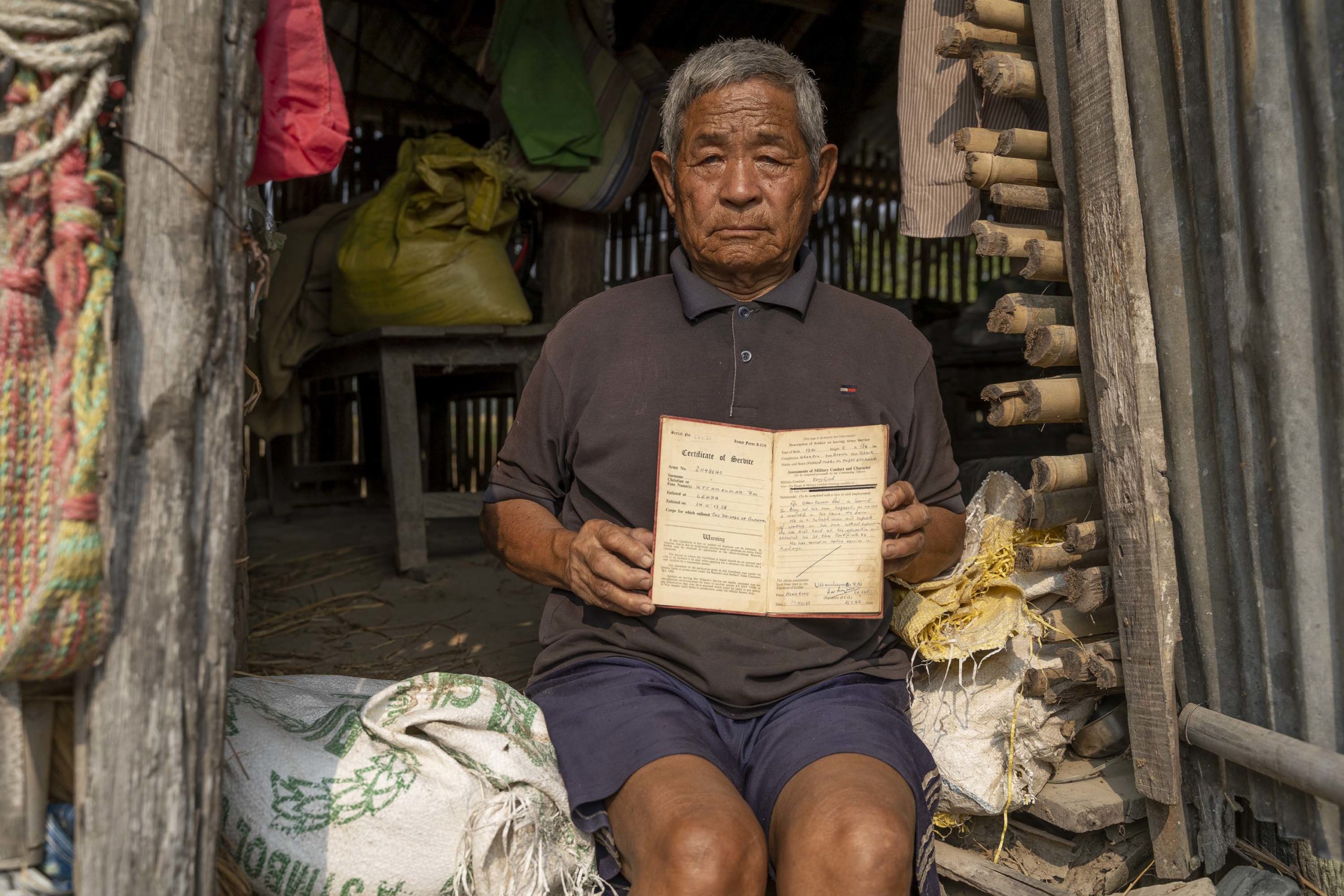 When Rifleman Uttamkumar Rai signed up to serve the British Army 62 years ago, he had no idea about the challenges that lay ahead.

Early life in the Army

Uttamkumar joined the Army as a young man of just 17. During his service with the 7th Gurkha Rifles he was sent to Malaya, Borneo and Hong Kong.

“I was not involved in active conflict but I was deployed twice in Borneo, our unit was immediately called back after returning to Singapore from our first deployment.”

“There had been some unrest and we were tasked to control of the demonstrators and guard 14 political prisoners. We found out that the unrest was because the people had wanted Malaysian independence. When the people got what they wanted, everything calmed down and we were then sent to Hong Kong.”

During his service in Hong Kong, Uttamkumar received sad news that his father had passed away, leaving his mother alone in their home village. Heartbroken and unable to bear the thought of his mother fending for herself, Uttamkumar left the Army and returned back to Nepal.

Returning to a life of hardship

Six years after enlisting in the British Army, Uttamkumar returned to his village in Khotang, Nepal where he ran a small grocery shop. It was tough. Business was slow, and Uttamkumar was struggling to get by.

“When the business wasn’t doing well I tried my hand at breeding Yaks for a few years, this also didn’t turn out well for me.” 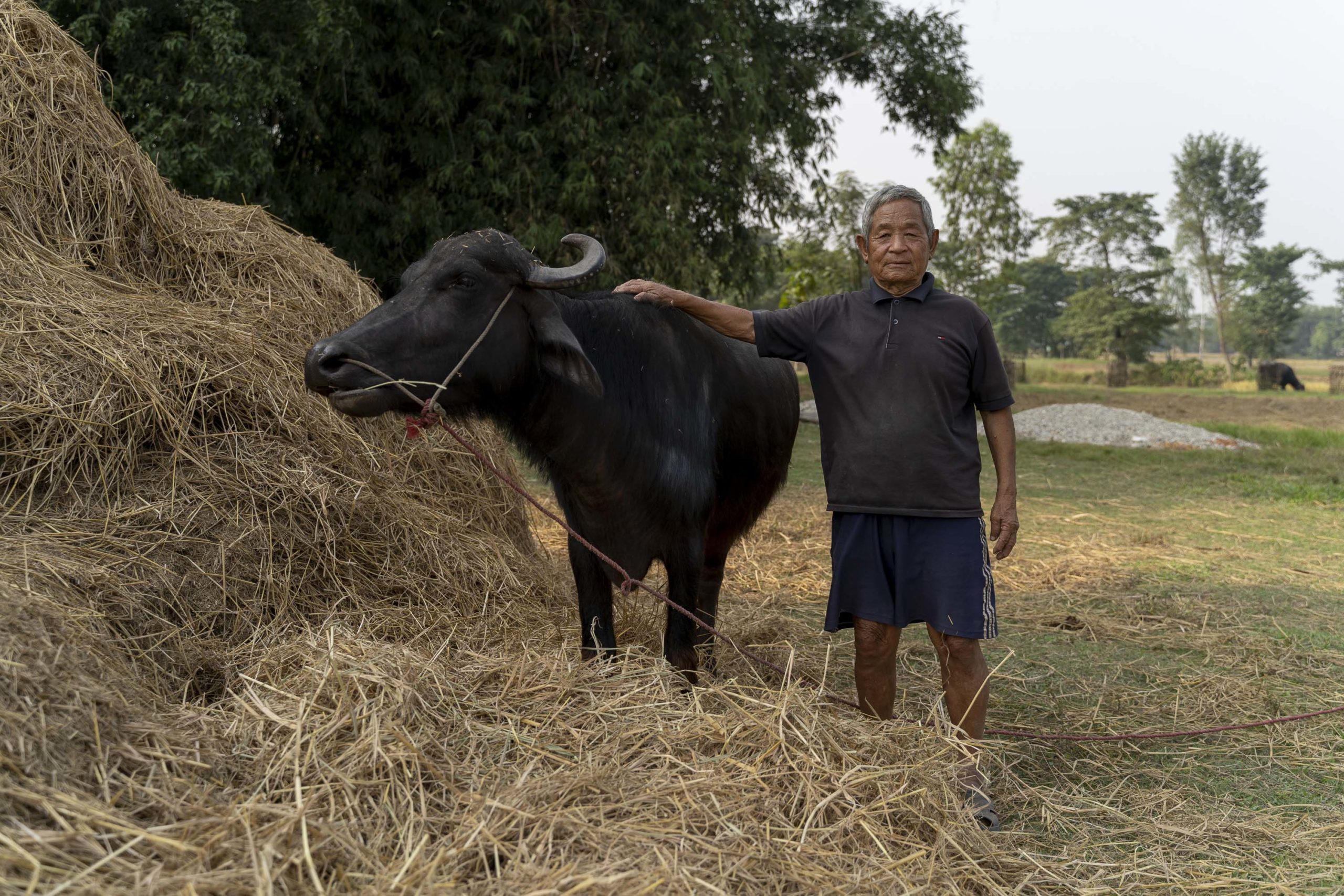 “Sadly, there was a huge landslide in my village where over 40 people died. I lost all my land. It was not safe to live in the area so I migrated down here in the Terai.”

The light at the end of the tunnel

In 2007, we visited Uttamkumar’s village. We contacted every Gurkha veteran in the area to tell them about our Welfare Pension, a monthly income funded by donations from the British public.

“It meant a lot for a person like me without a steady income. I had tried my luck at many things after leaving the army but it didn’t work out well. I had to leave my village because of the landslide. The Welfare Pension meant I had a steady income, I could rely on it as I was getting older.”

“I also get free medicine from the Trust’s Welfare Centre. I have to visit the centre every three months for my prescription. It was not like this before, now I get free medicines and am also refunded for all medical costs. I was admitted to hospital twice for treatment and The Gurkha Welfare Trust reimbursed all my expenses. It is very good now.” 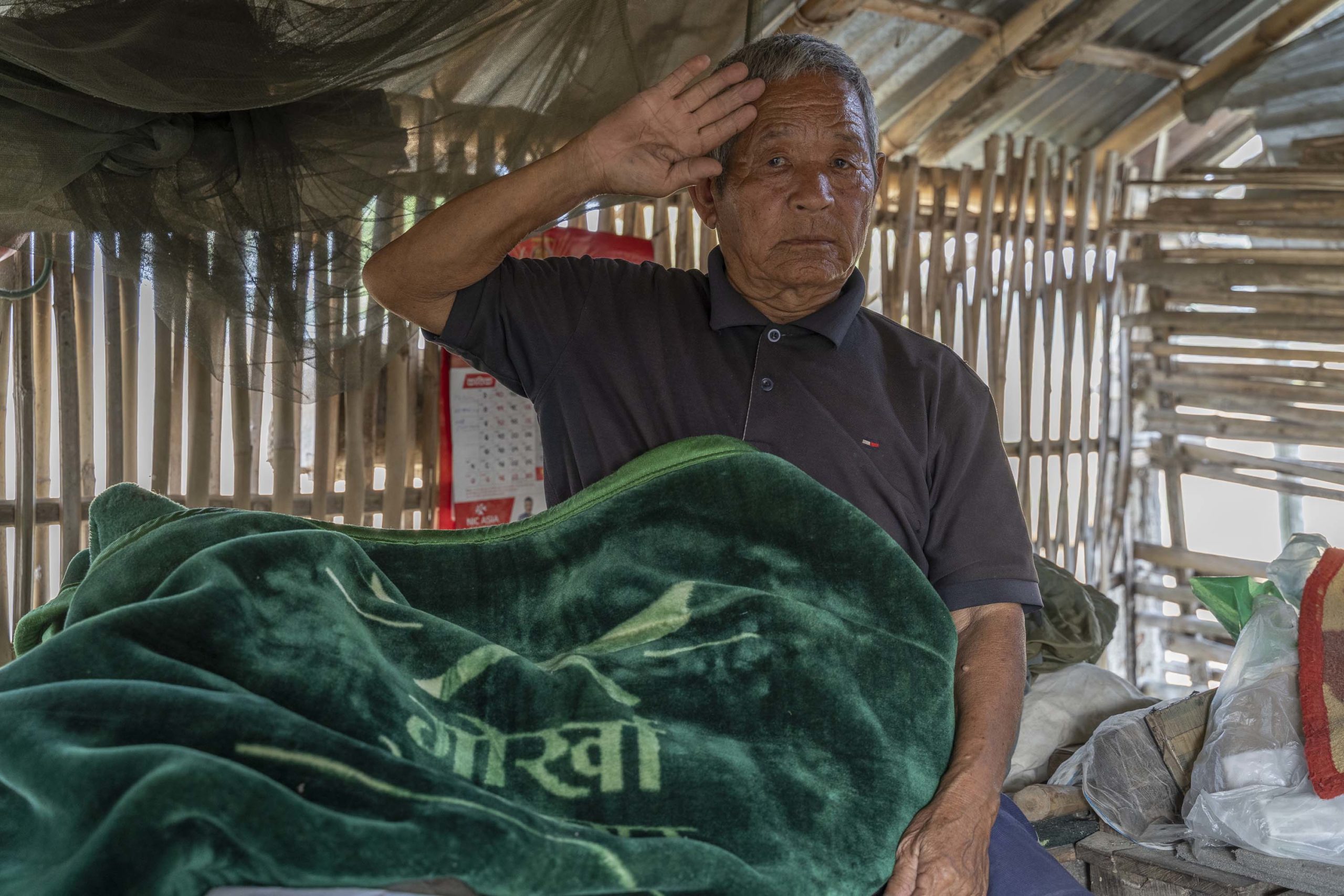 A Gurkha hero in need of a new home

Uttamkumar’s home is in desperate need of rebuilding. The elderly veteran has been living in a single room with his wife for over 20 years, sleeping amongst harvested crops. 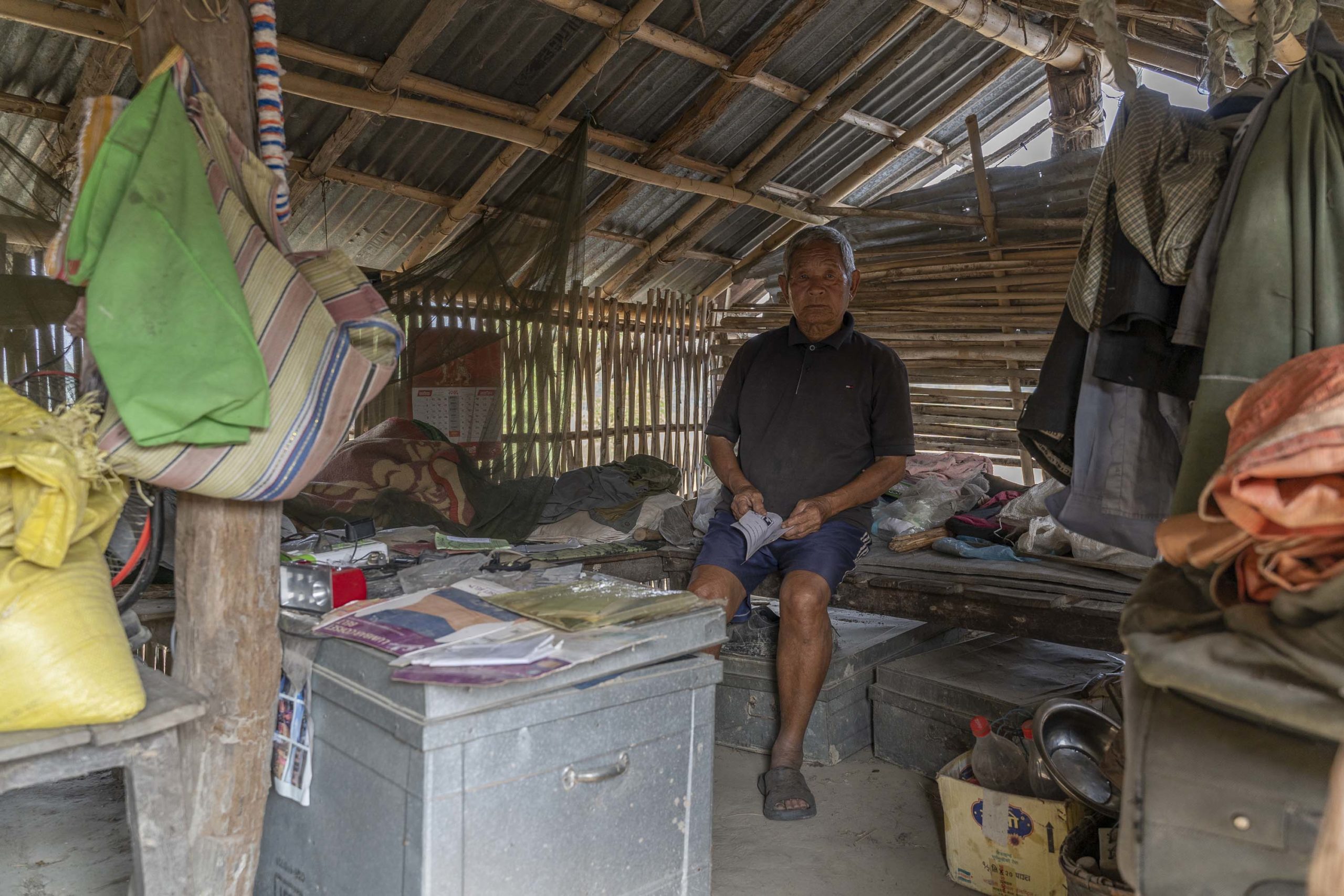 The house is very basic and made of bamboo. There are holes in the roof which leak in the monsoon. One strong wind and the couple would be left homeless.

With annual monsoon rain and Nepal’s continued risk of earthquakes, Uttamkumar and his wife are in desperate need of a new earthquake-resilient home. 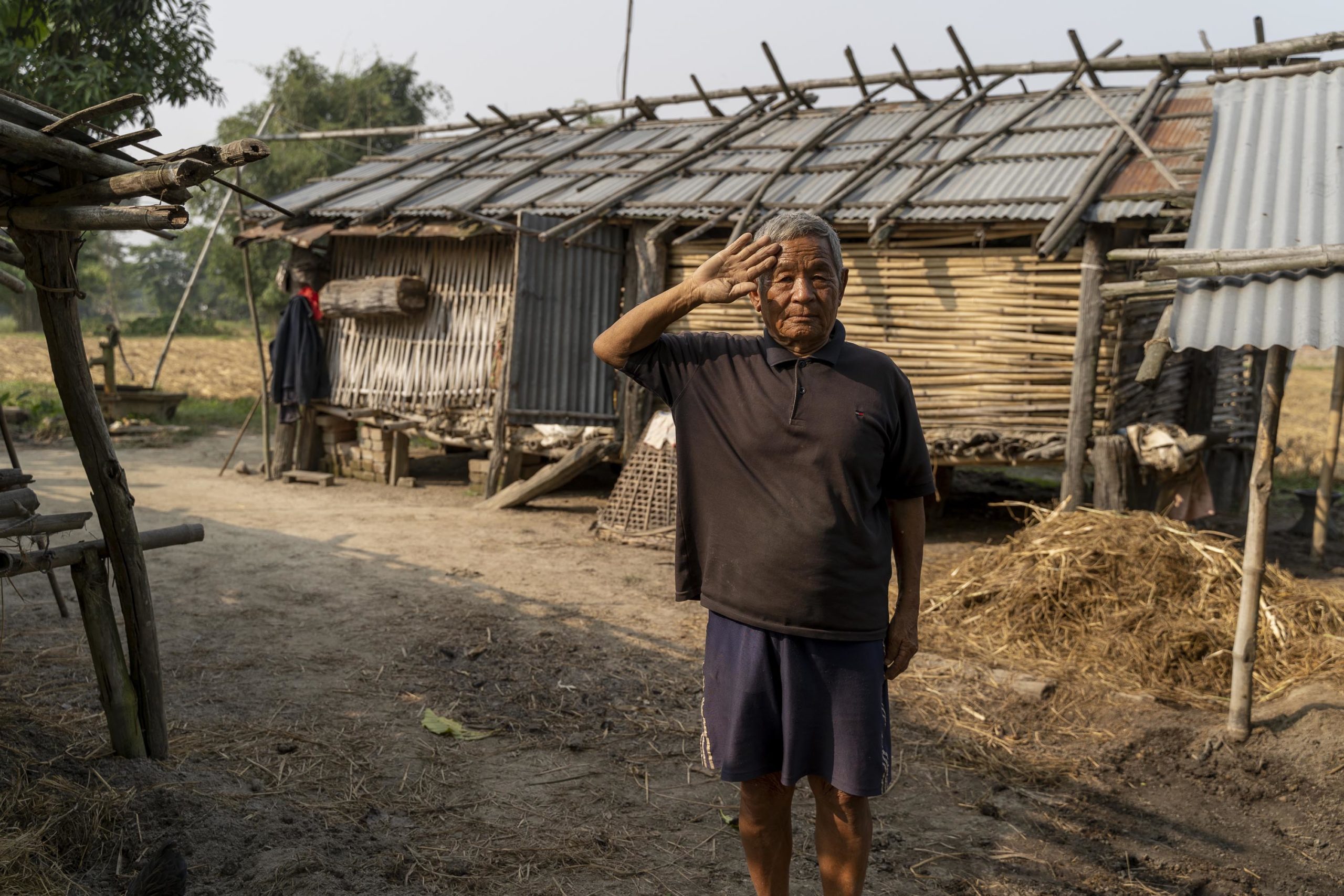 Together we can rebuild

This year, we urgently need to rebuild 122 homes for Gurkha veterans and their widows. Uttamkumar is one of them.

It requires military-style planning – right down to the last nail. It also needs your support.

We’re asking you to help with the cost of rebuilding the homes of our most vulnerable Gurkha veterans’ and widows’. Homes that are no longer ‘fit for purpose’. Not only to make them earthquake-resilient, but to better withstand the heavy rains and strong winds of the annual monsoon season.