A school in memory of Ed and Siddhanta

Ed Drummond-Baxter and Siddhanta Kunwar’s lives began worlds apart, but they were forever bonded by the Brigade of Gurkhas.

On 30 October 2012, while serving together in Afghanistan, they were tragically killed. Their loss was felt around the world. Those closest to Ed and Siddhanta were determined to leave a legacy to them in Nepal, the homeland of Gurkhas, by raising money to rebuild a school devastated by the 2015 earthquake.

Shree Saraswoti school in the remote village of Priti in Nepal’s Ramechhap district was one such school. Two school buildings were destroyed, toilets were destroyed and other structures had cracks which was unsafe for the students. Thankfully, no children were hurt as the earthquake struck at midday on a Saturday and the school was empty. If the earthquake had struck on a school day the outcome would have been much worse. 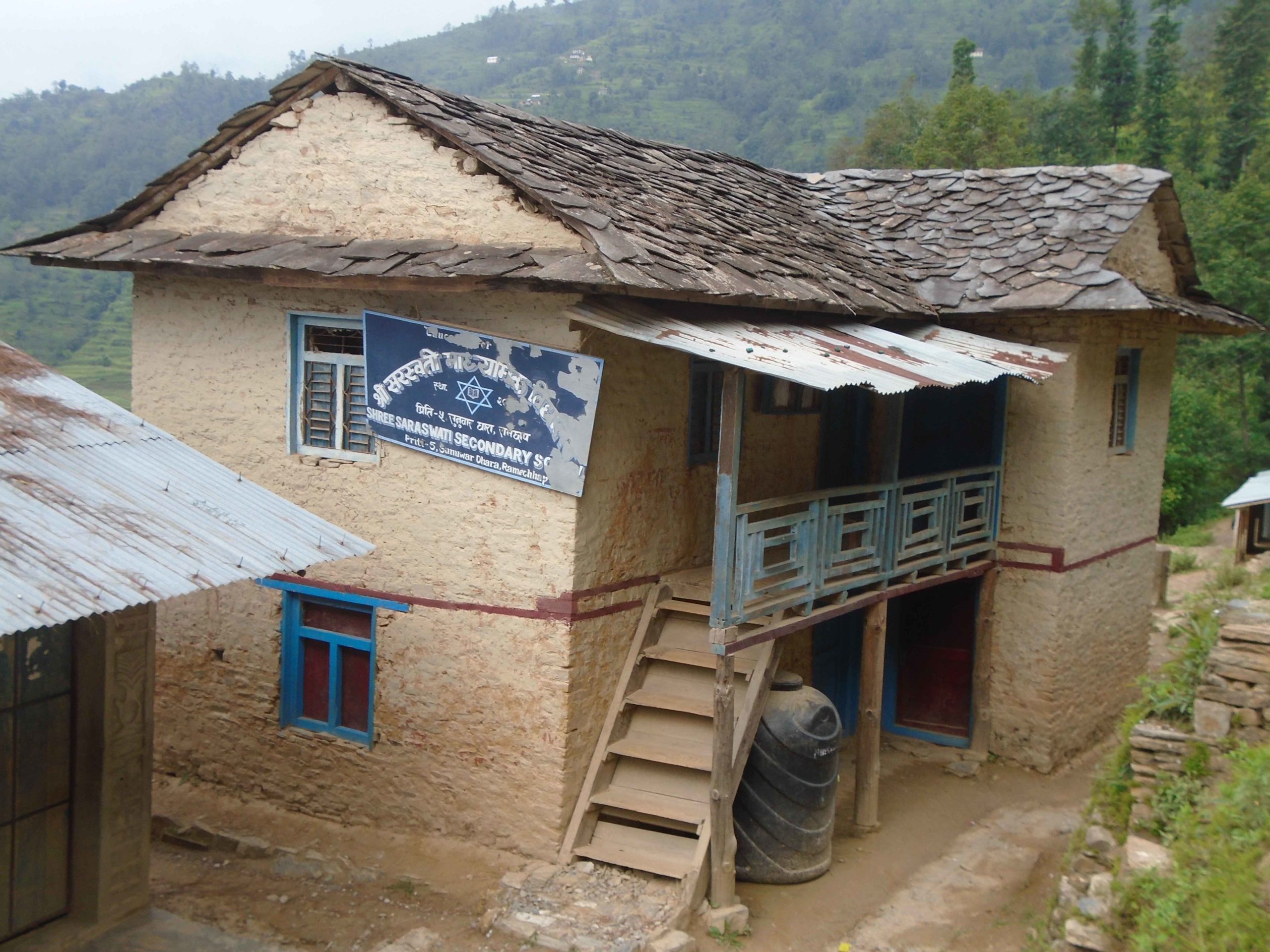 Shree Saraswoti School was badly damaged by the 2015 earthquake

But for two and a half years, the children had to study in corrugated iron shacks which, given that the school is at an altitude of 8,000 feet, would have been either boiling hot or freezing cold throughout the year. They had no toilets as there was no water available in the local area.

Thanks to Ed and Siddhanta’s wonderful family and friends raising an amazing £98,000, we began rebuilding the school. We created an entire new school building, to our earthquake-resilient standard, to protect staff and students if the worst were to happen again. 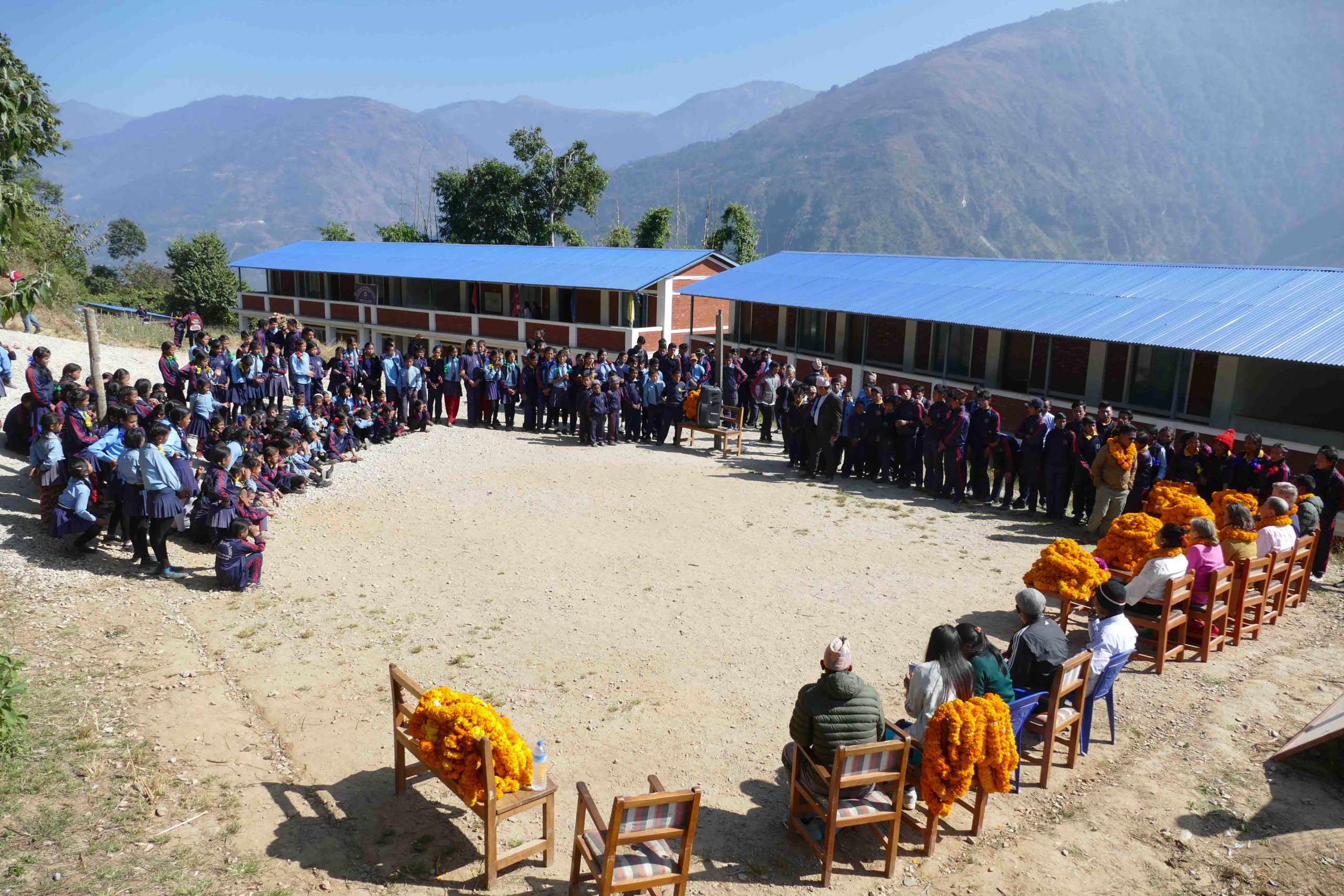 It has an impressive 14 classrooms, fully equipped with benches and desks. The site is contained within a wall and compound fence, keeping pupils safe. The children also have access to clean water. 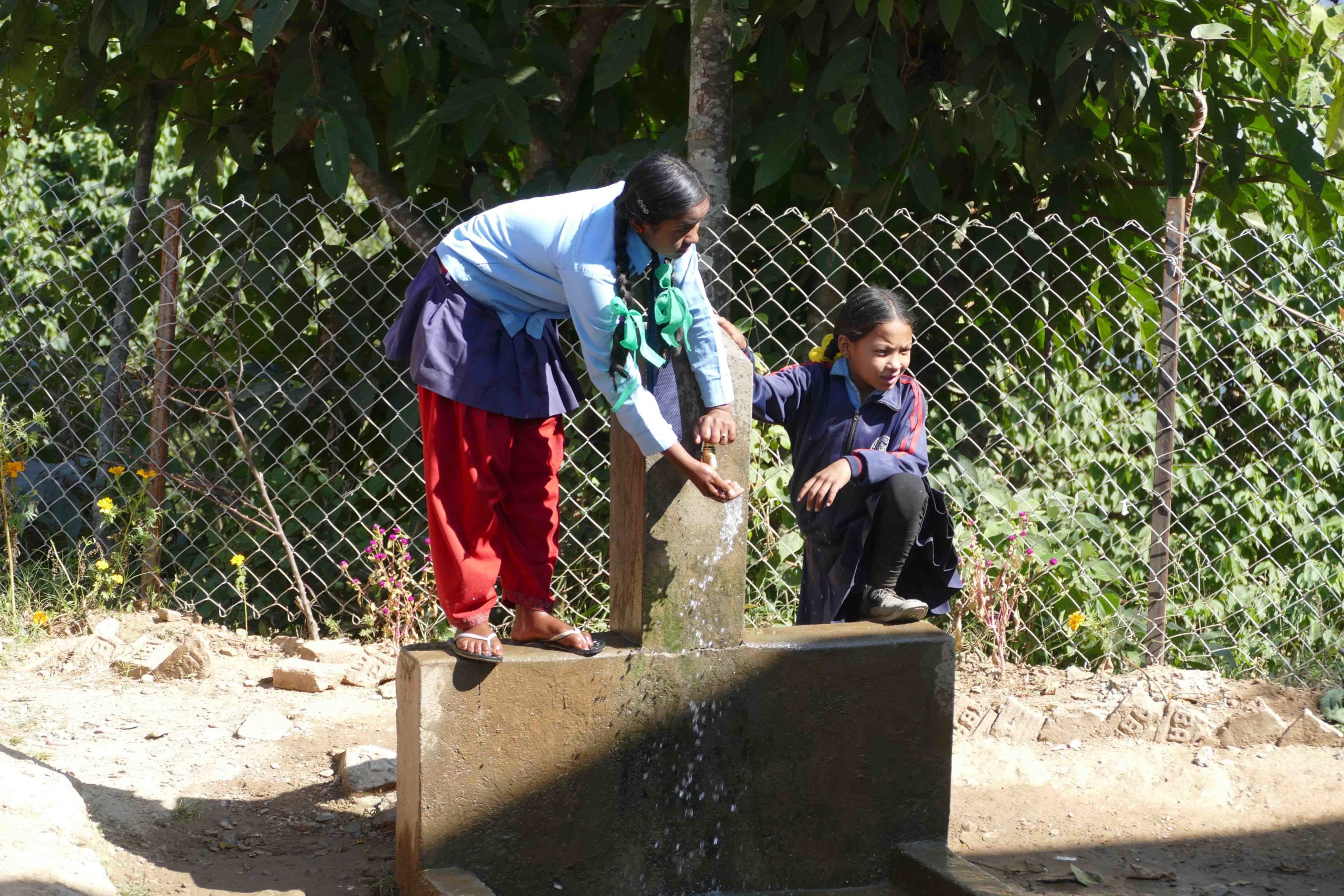 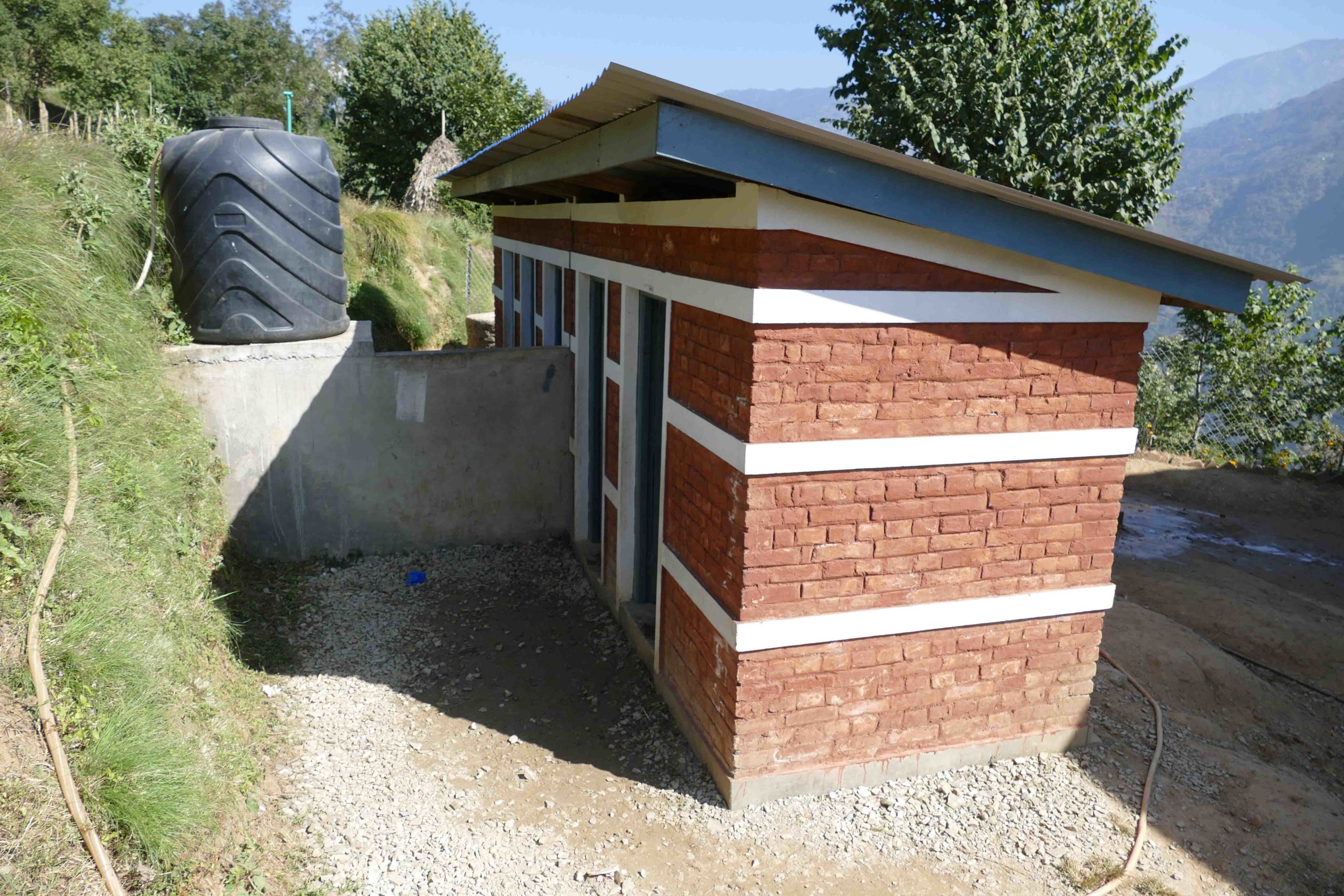 A visit to remember forever

Last November, Ed’s family flew to Nepal. This was the Baxter family’s first ever visit to the country, and it was an important one. They were to cut the ribbon at the school’s opening ceremony. Siddhanta’s sister Shova, who lives in Nepal, met up with the Baxter family to join them.

When they reached Shree Saraswoti School, the atmosphere was electric. Teachers and students held beautiful handmade marigold garlands in a long line, excitedly awaiting their visit. When they arrived, everyone covered them in flower garlands, cheering and clapping their hands. There were so many garlands around their necks they could no longer see!

Ed’s sister Emily was blown away by the reception:

“I had not really anticipated that welcome. It was amazing. I was covered in marigold! There were hundreds of flowers. It was a once in a lifetime experience.” 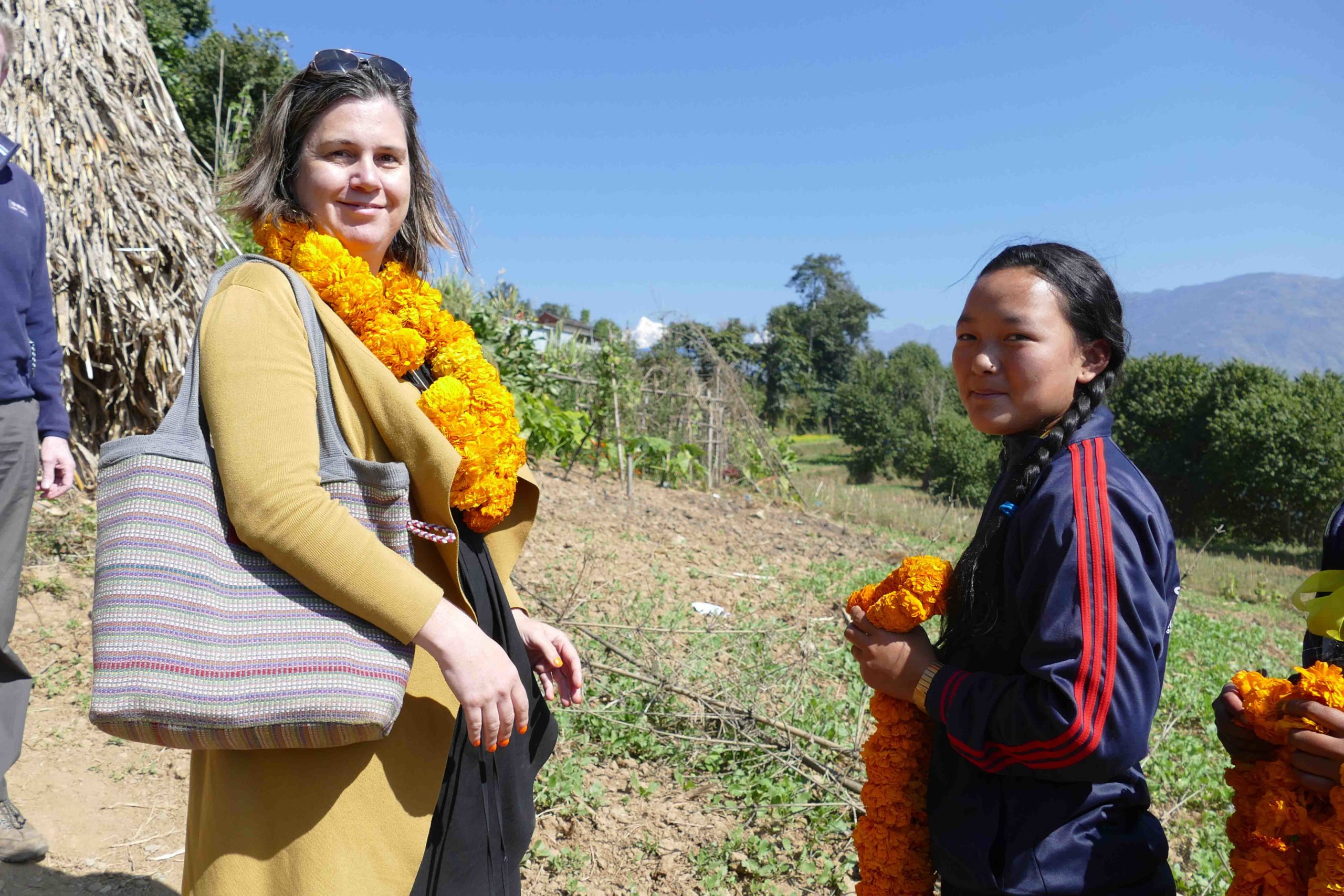 After the welcome, they cut the ribbon and entered the school where they uncovered a marble plaque and lit two candles in memory of the fallen soldiers.

Ed had always wanted his mother Helen to visit Nepal:

“He had invited me to come to Nepal, that was his plan. He would have loved to have shown me around the country and introduce me to the people. And now it’s fulfilled, his last promise to me.” 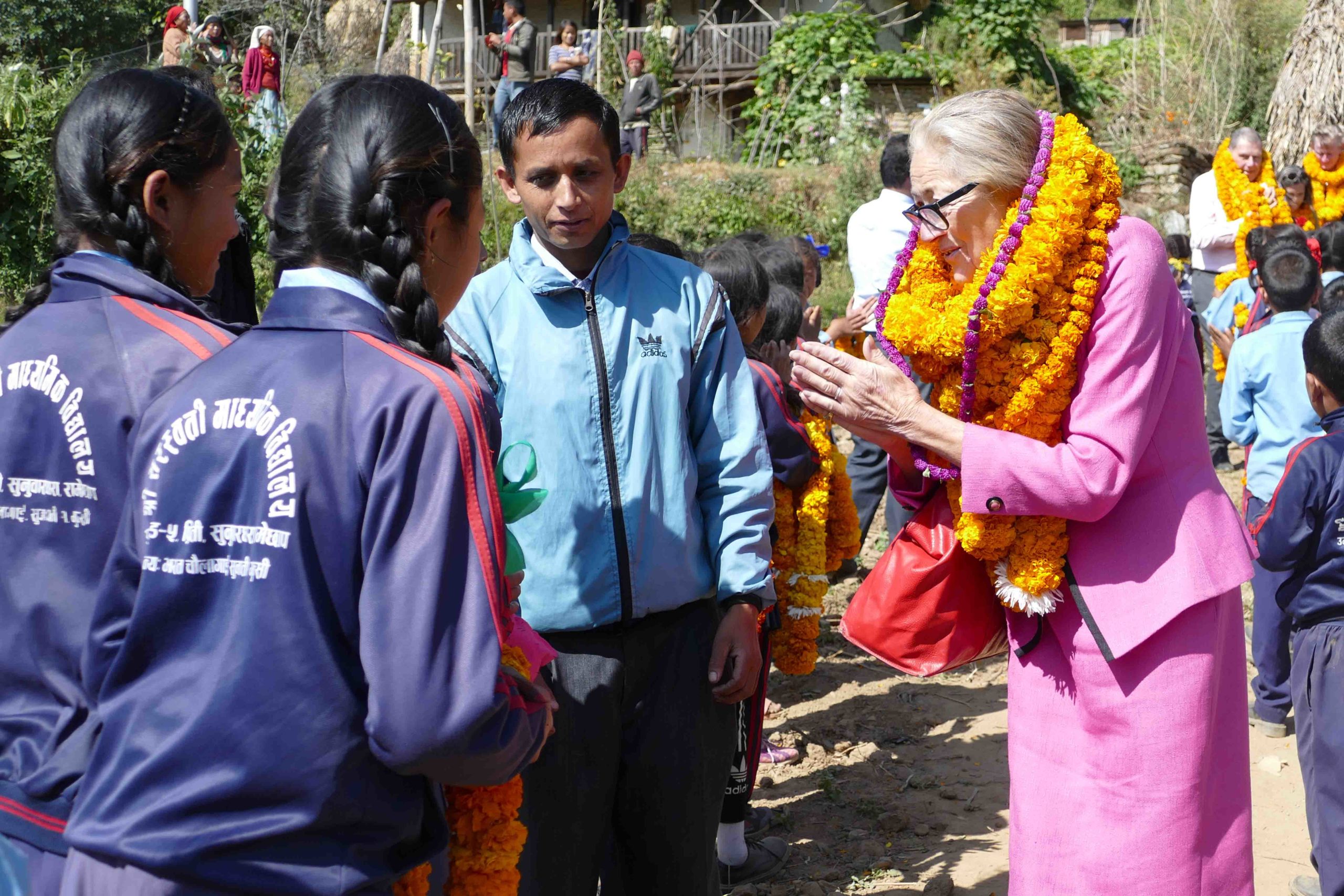 The visit was also unforgettable for Ed’s father David: 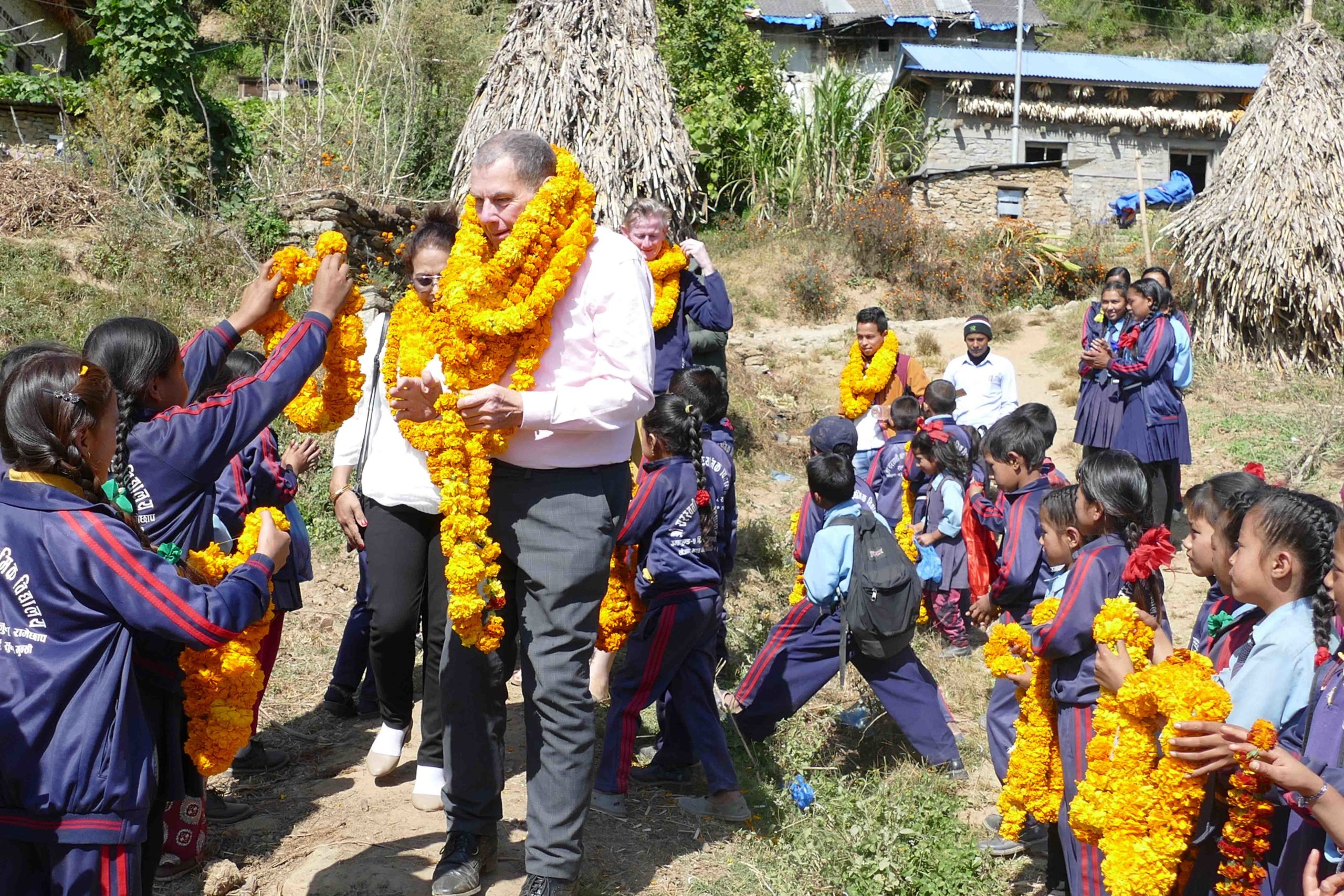 “In remote villages of Nepal, children don’t get the opportunity to attend a school like this. It’s a big thing for them to have such a wonderful school, desks and benches for them to study.” 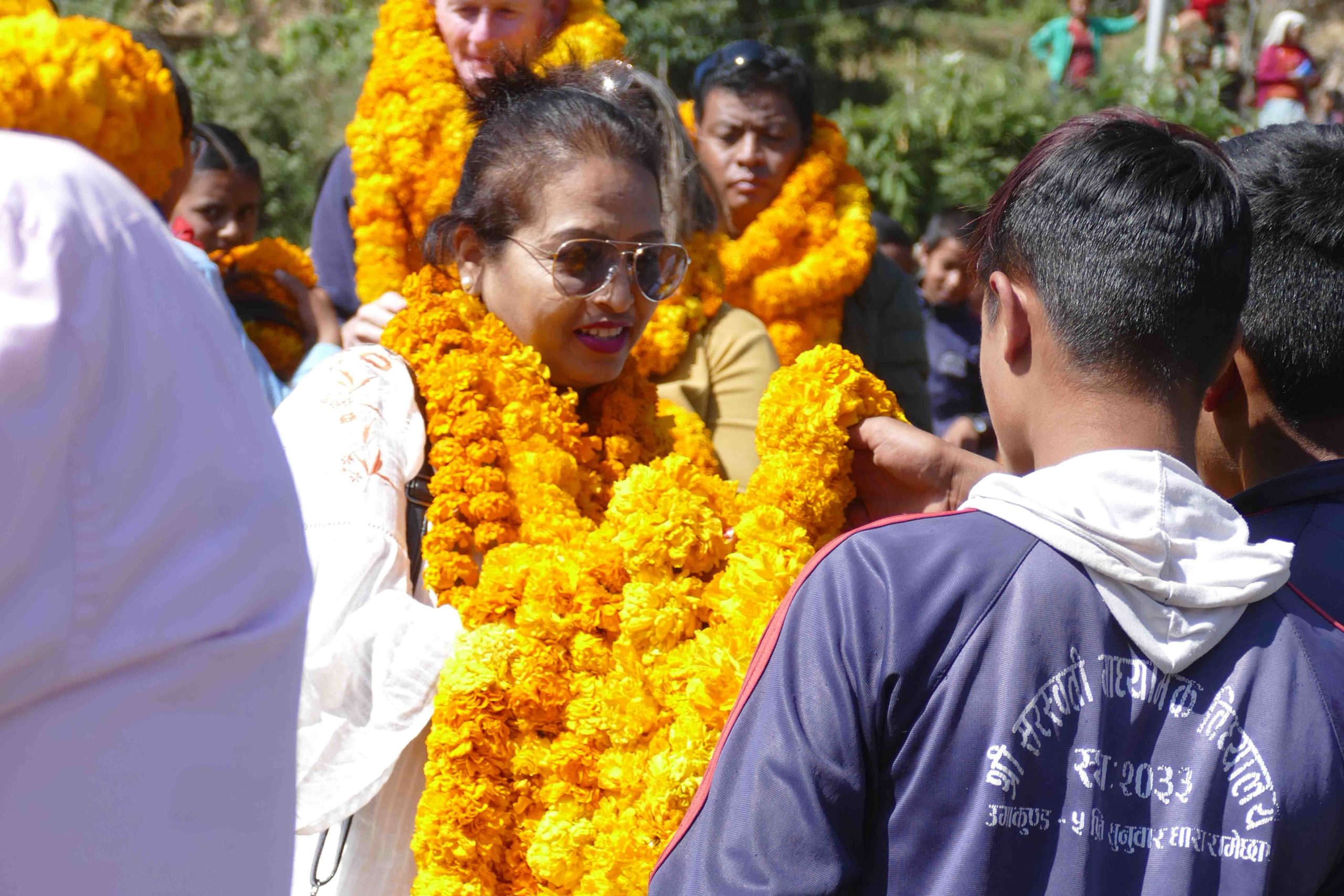