Conquering the marathon in aid of Gurkhas

Many congratulations to London Marathon runners James Christy, Tom Inglis and Alex McWilliam, who were amongst the 40,000 runners who took part on an incredibly hot day yesterday (22 April).

The three runners completed the gruelling 26 mile race in aid of Gurkha veterans, their families and communities in Nepal. It’s an incredible achievement and one that we, and our beneficiaries, are enormously grateful for. 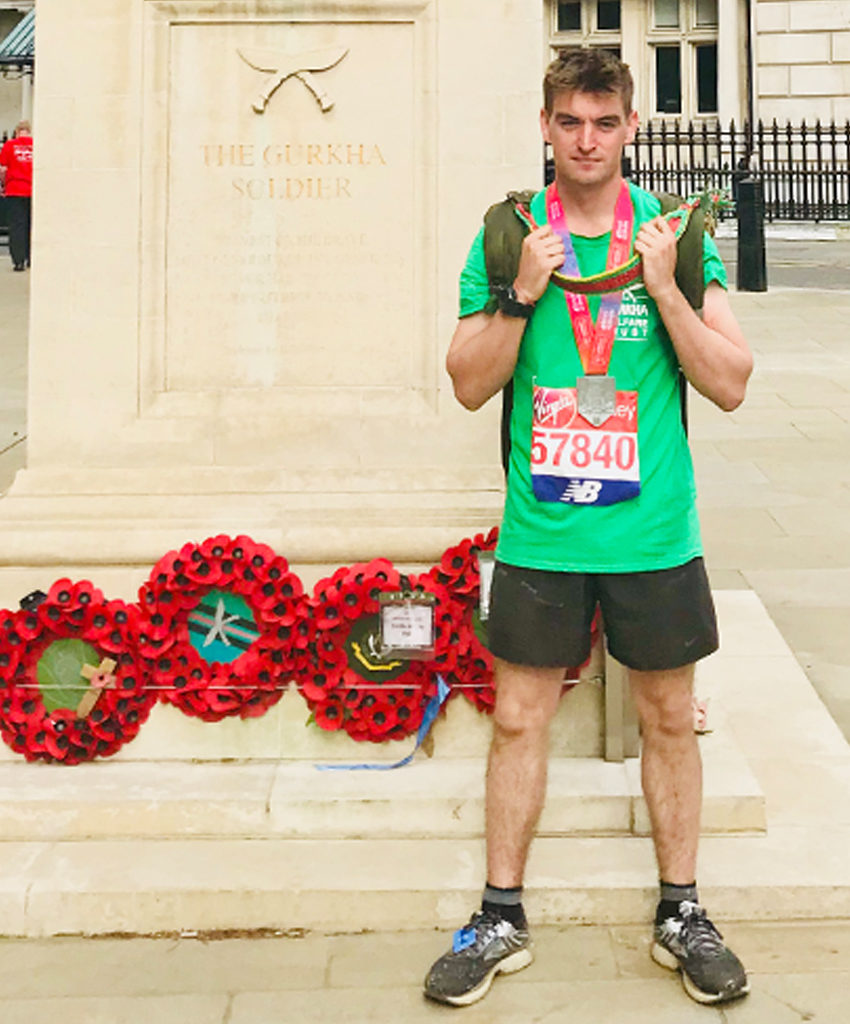 Not content with ‘merely’ running the marathon for us, serving soldier James Christy did it in true Gurkha style, carrying a 20kg Doko basket on his back!

“I chose the London Marathon with a Doko because it is iconic of the gruelling Doko Race all of us have to do to have the privilege of joining the Brigade of Gurkhas.”

He took on the marathon to fundraise in memory of Lieutenant Edward Drummond-Baxter and Lance Corporal Siddhanta Kunwar who were tragically killed in Afghanistan in 2012.

He’s raising money in order to help rebuild Shree Saraswoti Secondary School in Ramechhap District, Nepal, which was damaged during the 2015 earthquake. 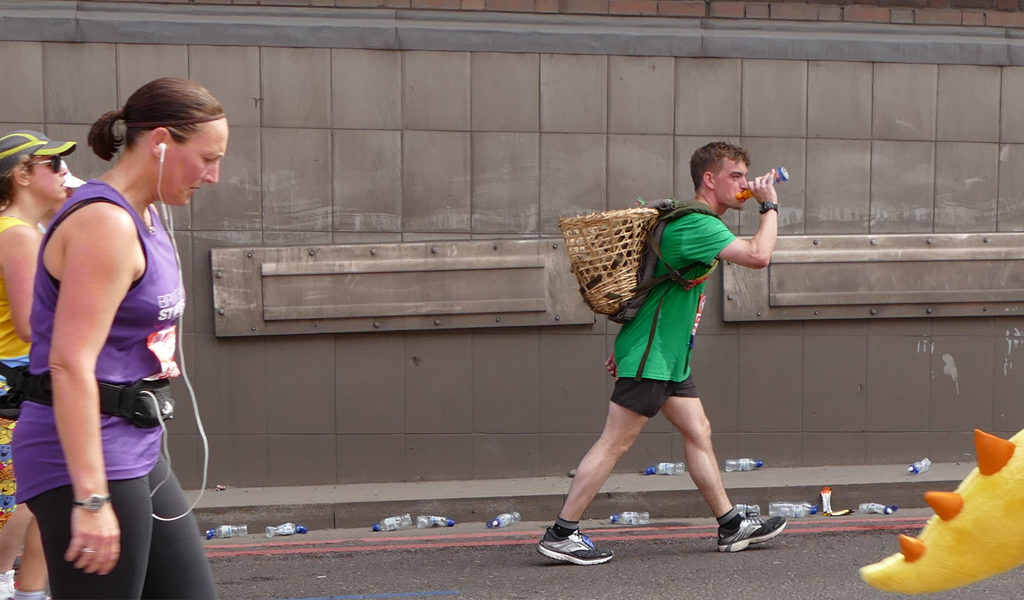 “Both of them left strong and lasting impressions on their friends and colleagues. Rebuilding a school in their name would be a fitting tribute to both of them.”

James is close to hitting his fundraising target of £3,000 and there’s still time to donate. 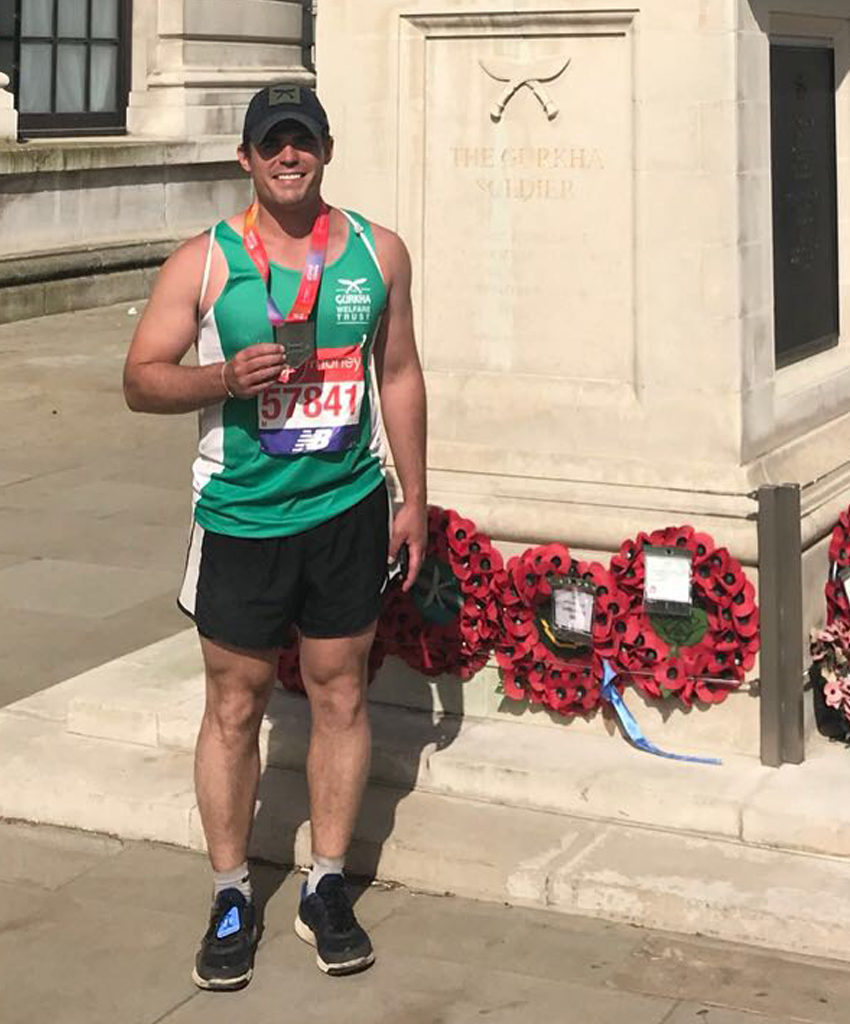 Alex is a serving Platoon Commander in 1st Battalion The Royal Gurkha Rifles, based in Kent.

This isn’t the first time Alex has raised money for The Gurkha Welfare Trust. Back in 2016, along with a group of other Officers from the Brigade of Gurkhas, Alex completed the famous Doko Race and Annapurna Ultra Marathon back-to-back in two days, raising over £4000 for us.

This money went towards our earthquake response in the Gorkha District of Nepal, the birthplace of the Gurkhas. The region was the epicentre of the 2015 earthquakes and as a result, suffered major damage.

“I am running the London Marathon because I have witnessed first-hand the incredible work undertaken by The Gurkha Welfare Trust in the remotest parts of Nepal and want to continue to support their efforts.” 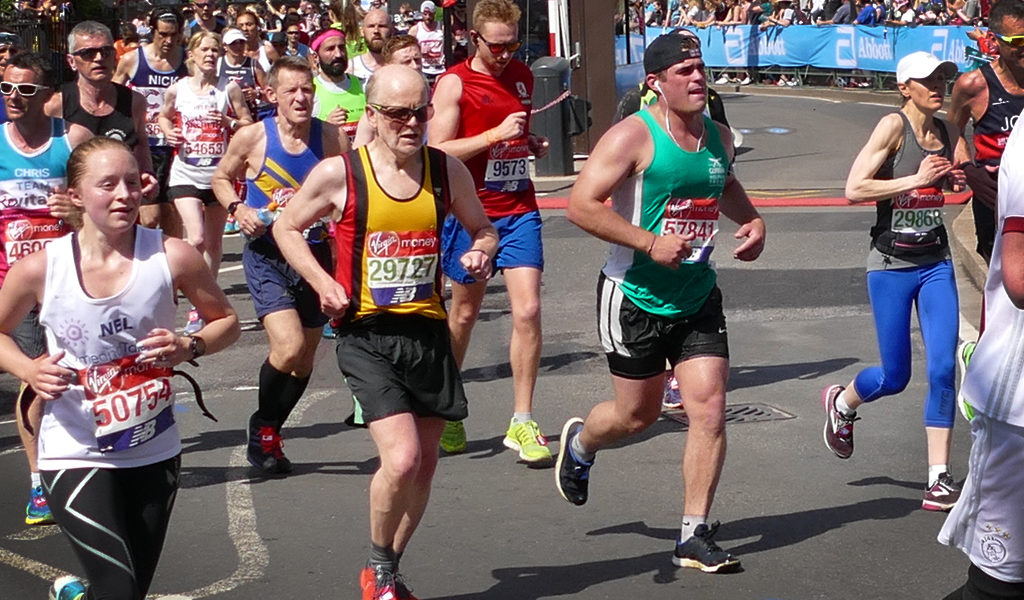 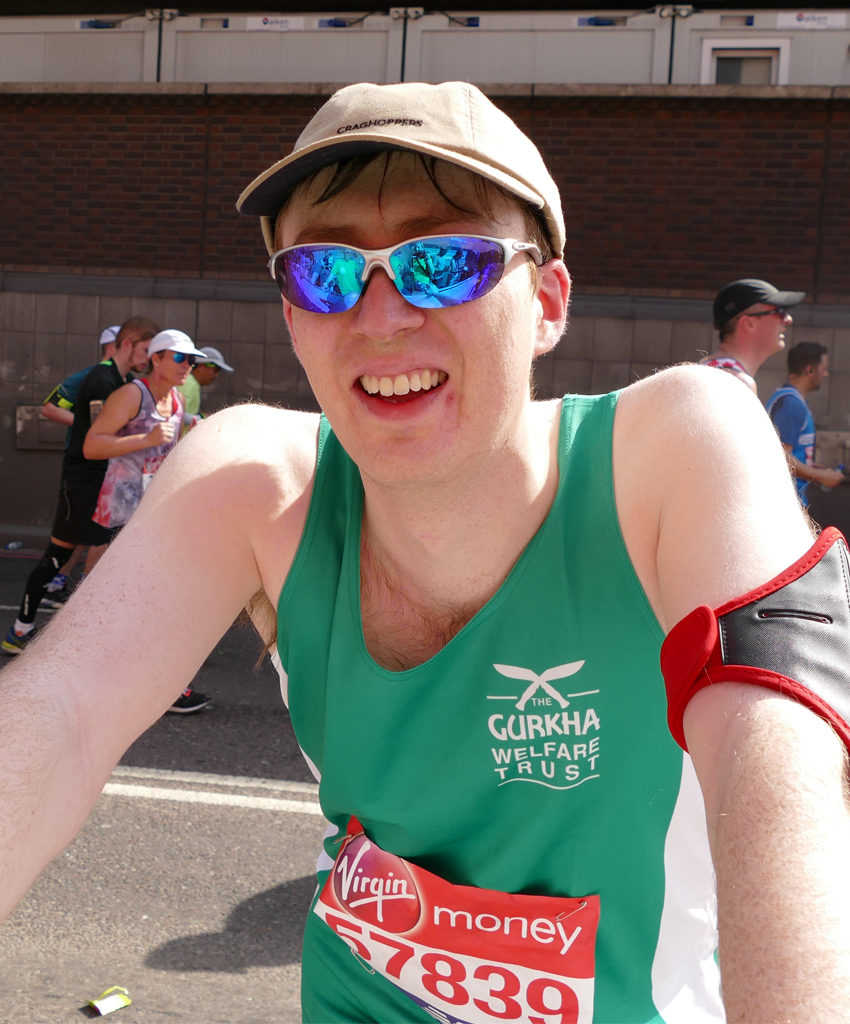 Tom is a school friend of Gurkha soldier Ed Drummond-Baxter, who tragically lost his life alongside his colleague Siddhanta Kunwar in Afghanistan.

He’s hoping to raise £2,000, which will also contribute towards the £98,000 cost of rebuilding Shree Saraswoti Secondary School in Ramechhap District, Nepal, which was damaged during the 2015 earthquake.