Be inspired: 5 inspirational quotes from the Gurkhas

We know from fifty years of working in Nepal just how fearless, compassionate and brave these people are.

Living in some of the most difficult terrain in the world they face each day with a smile.

Inspired by their indomitable spirit, we’ve compiled some words of positivity and hope from veterans and widows we care for in Nepal. 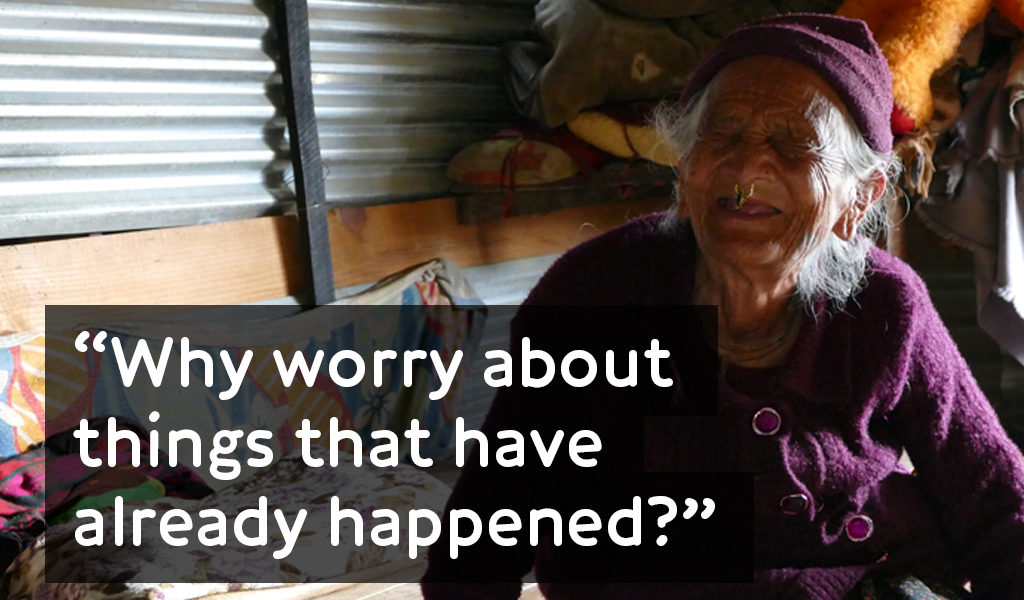 Tulsi Maya Ghale is the widow of World War Two hero Dilbahadur Ghale. Her husband sadly passed away in 2001.

Having lost her eyesight around 30 years ago following an infection, life in the hills is all the more difficult for Tulsi. That said, she would never complain.

“I can’t do much since I lost my sight. I can eat and I can talk! That’s okay for me; I’m happy enough. Why worry about things that have already happened?” 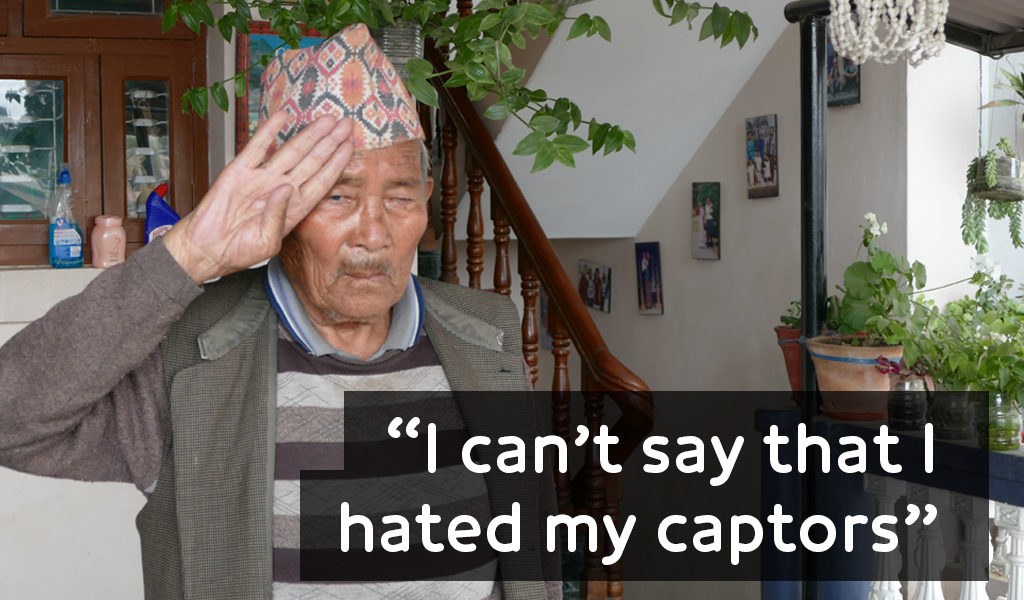 Sarbadhoj Limbu fought during World War Two with the 7th Gurkha Rifles. When his battalion arrived in Libya, he was captured by a German prisoner of war camp.

“They didn’t give us any food for days. I was too weak to stand, just a pile of bones.”

After several months at the prison camp, Sarbadhoj became seriously ill and was put in a hospital for a week.

“They told me that I was to act as an Orderly for a German Captain. He used to give me some extra food like biscuits and I started to build up my strength.”

“I still can’t say that I hated my captors. They were just men. Some, like the Captain, were good men. Of course, I thought about escaping but I wouldn’t know where to start. I didn’t even know where I was.” 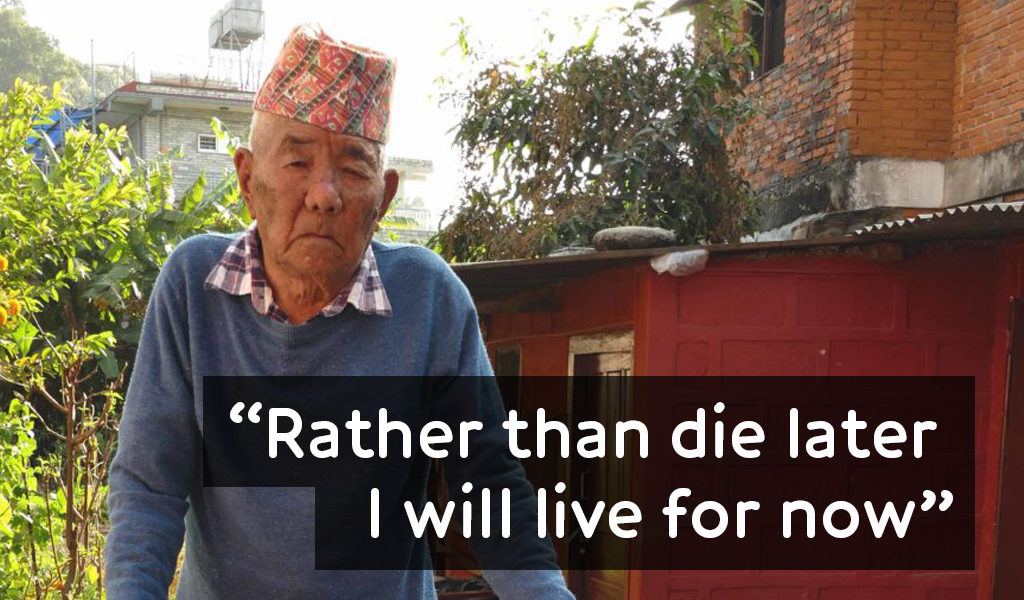 With the world in the throes of a World War, Lal Bahadur Gurung was one of around 250,000 Nepali men who fought alongside the British. After some training he was sent to the front line.

“In the chaos, I found myself all alone. I didn’t know where other friends, commanding officers or senior officers went. I didn’t know where to go and what to do at that time. Nobody dared to come where I was. All of them were dead. I then thought to myself that, rather than die later I will live for now. Then I started running. I ran and crawled and ran and crawled.” 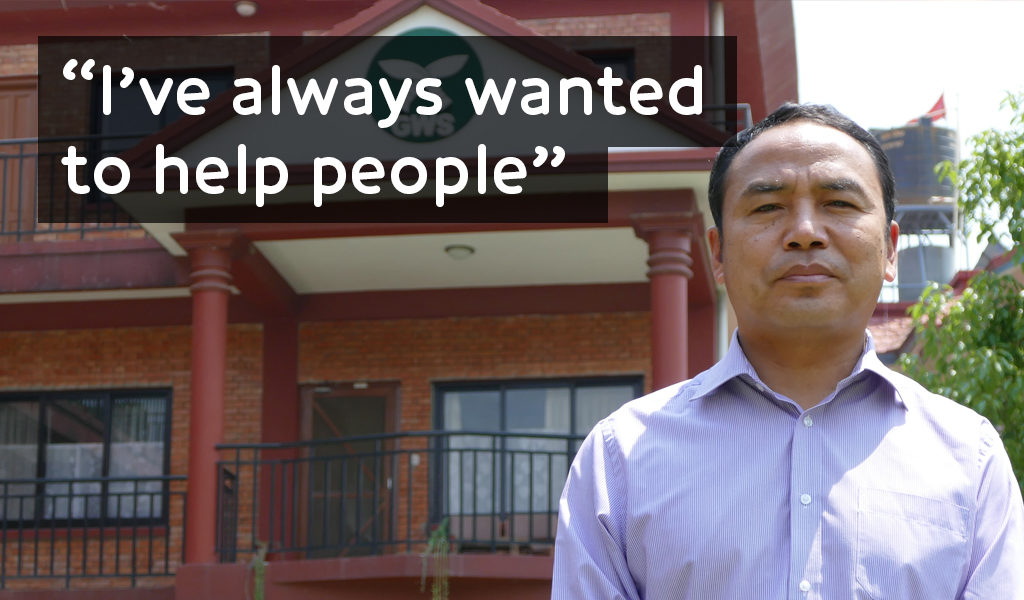 After leaving the Army, Captain Purna Limbu immediately joined The Gurkha Welfare Trust in Nepal, where he knew that he could make a difference to those in need.

Despite his typically action-packed career as a Gurkha, Purna has always been passionate about social work and community service. In his current role with us, he knows that he has found his calling.

“When I applied, I wasn’t looking at the T&Cs! I’ve always wanted to help people and that’s exactly what we do here at The Gurkha Welfare Trust.” 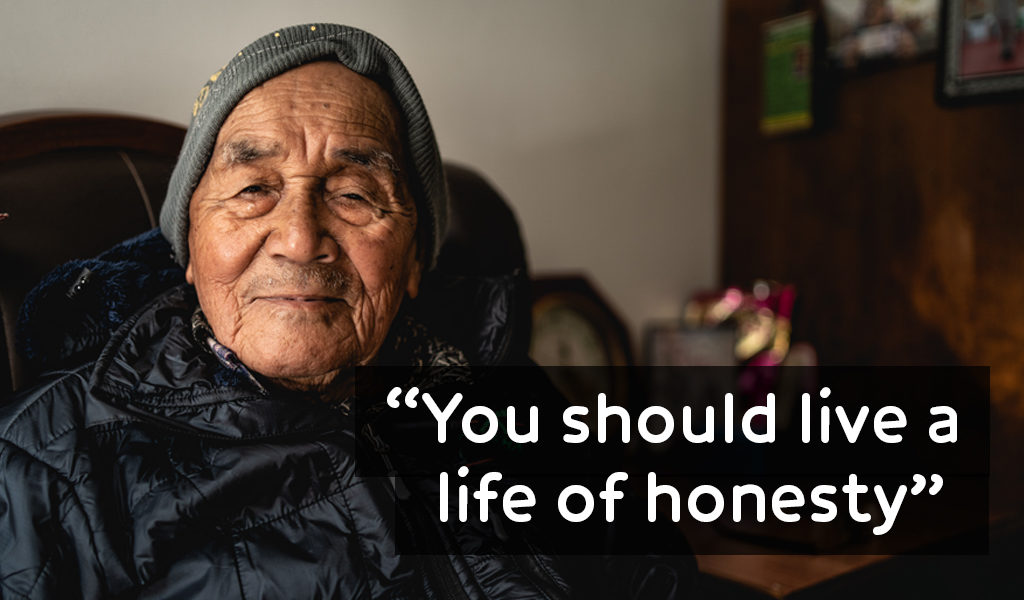 Chamar Gurung is a World War Two veteran who lives in one of our Residential Homes in Nepal. During his time as a Gurkha he was held for three years in a Japanese prisoner of war camp.

He is described as a ‘gentle’ man who gets on well with the other residents. He enjoys watching TV, listening to the radio and playing cards.

“You should live a life of honesty. Lies will catch up to you, the same way torn clothes, even after being sewn, will tear.”