Watch: Stories from the frontline 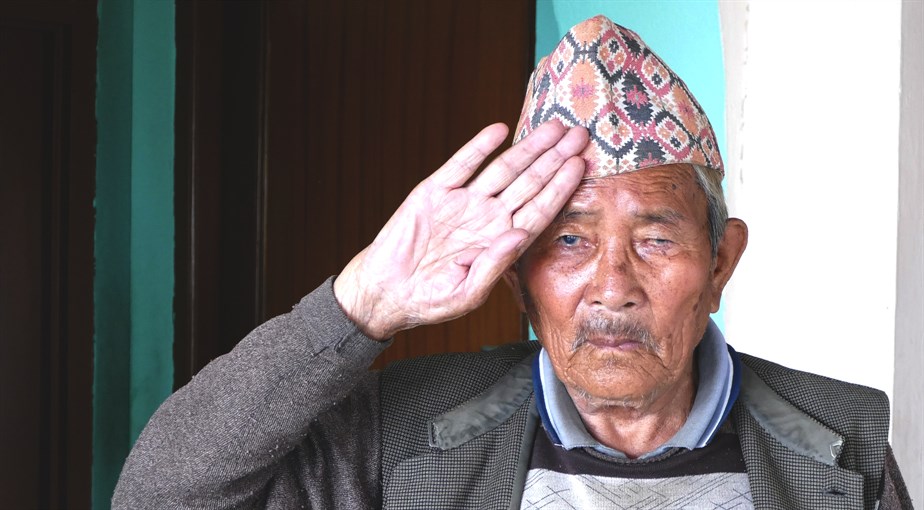 77 years ago Gurkha veteran Sarbadhoj Limbu signed up to serve the British Army. Little did he know there were great struggles ahead of him.

96 year-old Lance Corporal Sarbadhoj Limbu signed up to become a Gurkha at just 19 years old. After initial training in Pakistan, he was first posted to Iraq with the 7th Gurkha Rifles.

“We got our first taste of action in the Middle East. From Iraq we travelled to Iran where they had big hills like ours in Nepal. You could see the enemy gunfire flashing on the slopes far away.

“Some bullets actually reached us but because we were so far they didn’t even pierce the skin. Those early weeks were relatively easy. We took that hill and eventually made it to the capital where the Iranian troops surrendered.”

From Iran, Sarbadhoj’s battalion made their way through Syria, Lebanon, Israel and Egypt before arriving in Libya.

“That’s where the Germans were. The fighting got much harder there. We were a big mix of nationalities fighting together – British, Nepali and many more.

“On one occasion, the Germans surrounded us and we were captured. We were sent by plane to Italy where there was a POW camp. They didn’t give us any food for days. I was too weak to stand, just a pile of bones.”

After several months at the prison camp, Sarbadhoj became seriously ill and was put in a hospital for a week.

“They told me that I was to act as an Orderly for a German Captain. He used to give me some extra food like biscuits and I started to build up my strength.

“After a while, he took me to work at the Officers’ Mess. They would hit me if I didn’t understand instructions. They called me ‘grass-eating Gurkha’ because of our scavenging at the airfield.

“I still can’t say that I hated the Germans. They were just men. Some, like the Captain, were good men. Of course, I thought about escaping but I wouldn’t know where to start. I didn’t even know where I was.”

An intense end to WWII

Allies eventually arrived and defeated the Germans, freeing Sarbadhoj. His battalion reformed and moved to Italy, this time not as prisoners but as soldiers. 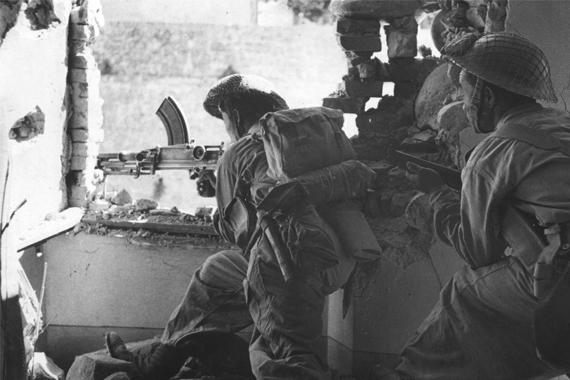 Soldiers from 7th Gurkha Rifles in Italy during WWII

“There was a lot of fighting as we moved through the country. It was a time full of gunfire. I lost a lot of friends in that land.

“Towards the end of the war, I came across a group of around 18 German soldiers at a machine gun post. After that battle, of the 250 of us who’d started, only 25 were alive and uninjured.

“Sometime later, I was hit by shrapnel from an exploding shell. I don’t remember it very well; I think I was knocked unconscious. I still have the scars on my head and my hand. They took me to a British Army hospital and, a few months later, the war ended while I was still recovering.” 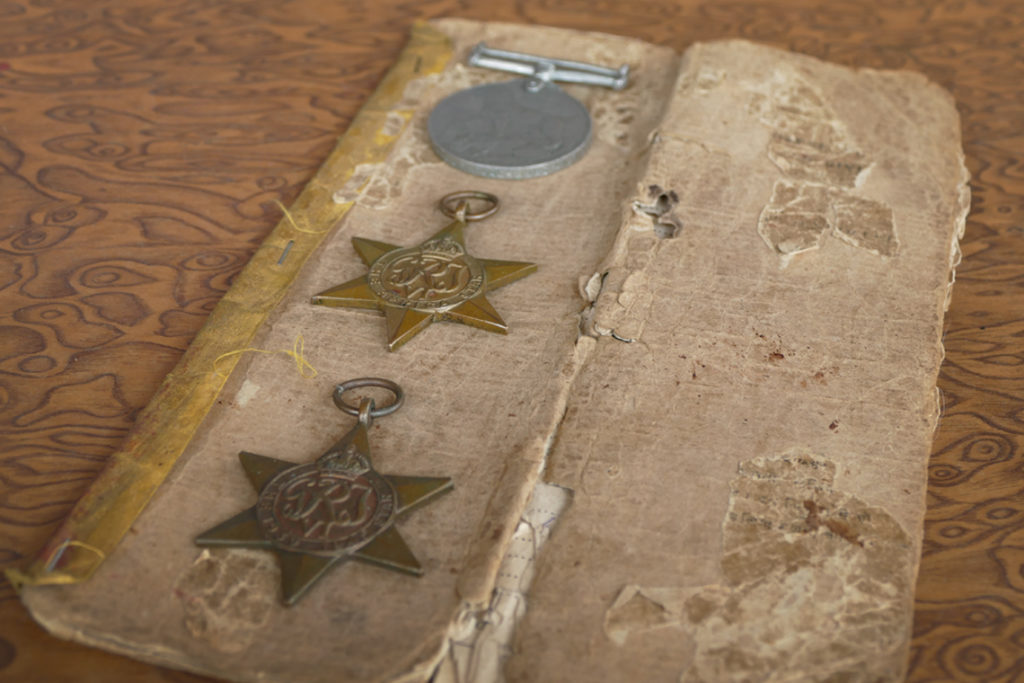 Retirement in the foothills of the Himilayas

In 1946, he left the Army and returned to his home village in the Himalaya where he got married and had children. He began farming and held the prestigious position of village head for 25 years.

Around 20 years ago he moved to Kathmandu. Having not served the required amount of time to receive an Army pension, he has been receiving our Welfare Pension for nearly 10 years.

“My son suggested I apply – I hadn’t thought about it before then. It’s a big difference. I’m very careful with money. I’m lucky to have sons who help me but this money is my independence.”

Sarbadhoj has also been a regular user of our medical scheme over the years. Now living in Lalitpur, a suburban town near Kathamandu, he likes to spend his days with his family, or relaxing at the local café with friends.

Talking about the Trust’s supporters in the UK, Sarbadhoj is typically sincere.

“I’m glad that people in the UK remember what we went through. I’m very grateful to have this recognition for my service. Thank you.”