Why I support the Gurkhas 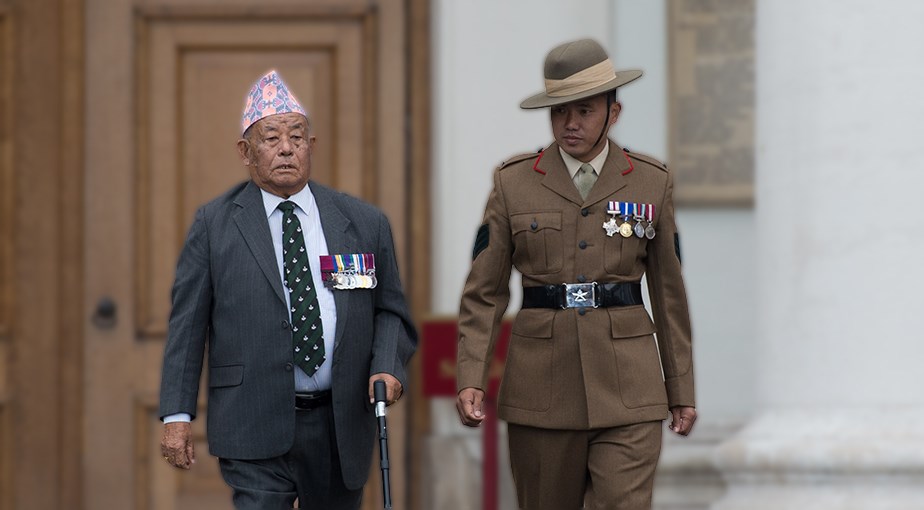 “So many people in Britain have a shared history with the Gurkhas, even if they don’t know about it. My own bond with them is quite unique and it’s what drives me to support Gurkha veterans today.

In 1964, long before I was born, my father – then a Lieutenant with the Gunners – was serving alongside Gurkha soldiers in Borneo. It was a lesser-known conflict in the 1960s where Gurkhas provided the lion’s share of Britain’s involvement. 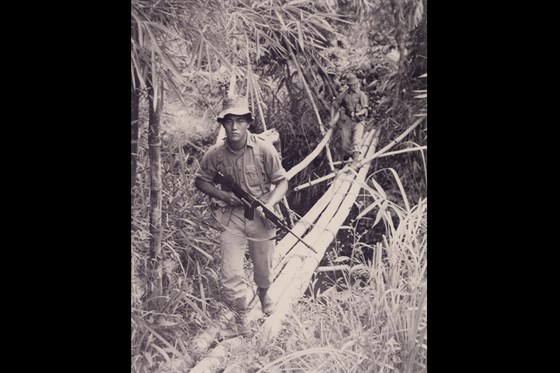 Gurkha soldiers on patrol in the jungles of Borneo

One day, my father’s unit moved to capture an enemy post in a remote part of the jungle. Little did they know that it would become the fiercest battle of the entire campaign.

It was during that encounter that Gurkha Lance Corporal Rambahadur Limbu earned a Victoria Cross for exceptional heroism and devotion to his comrades. My father was himself awarded a Military Cross for his skill as a Gunner, providing artillery support while Rambahadur ran into enemy fire to carry his wounded colleagues back to safety.

My father would later tell me stories of his time with the Gurkhas: the bravest soldiers he ever knew. I grew up knowing that if it wasn’t for them, I might never have been born. 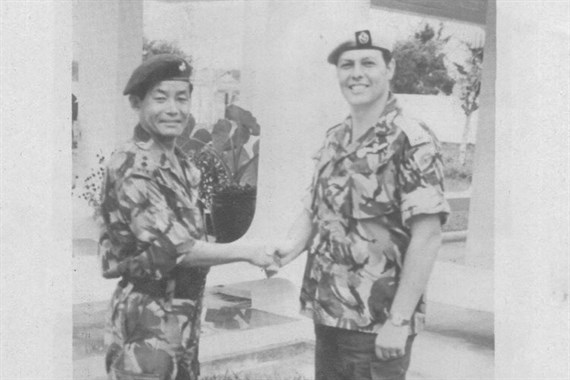 The Gurkhas are an extraordinary group of soldiers who have fought loyally alongside the British Army for over 200 years. Today, elderly veterans and their widows supported by the GWT in Nepal rely heavily on the charity in order to survive.

That’s why in July this year, along with three friends I will be taking on Trailwalker – a 100km trek over the South Downs in under 30 hours. That’s nearly two and a half marathons all in one go!

My father, who retired as Colonel Douglas Fox MBE MC and is an Honorary 10th Gurkha, will be waiting for us at the finish line.

The GWT and Brigade of Gurkhas work tirelessly with Oxfam to put on Trailwalker every summer and the money raised is split between the two charities.

For all the Gurkhas have done for us, this year we’re going to do our very best to give something back. If you can support us, please visit our JustGiving page. With your donations, we can help make a better life for Gurkha veterans like Rambahadur and their communities.

This summer, we’re also organising a Gurkha Ball at Dudsbury Golf Club in aid of the Trust’s work in Nepal.

Come and join us for a fun-filled evening – guests will enjoy a glass of fizz on arrival, a three-course dinner, live entertainment, a raffle and an auction.

Find out more including how to book your ticket!”

Disclaimer: Please note, the views expressed in this article are those of an individual supporter.