War stories from a Gurkha hero

Gurkha hero Chandra Bahadur Sunuwar was only 18 when he signed up to fight in the Second World War. The war had already been raging for over two years.

“After training, we first deployed to fight in 1943. We sailed from Bombay, through the Suez Canal to Europe. I fought in Italy and Germany – I still have my Italy medal.”

“I remember a big German base in Italy that we attacked at night. The next day we requested air support and 21 planes came to bomb them. Then the tanks advanced and we followed – it was so loud that we had to shout to hear the man next to us.”

“We saw many bodies of the Allied troops who had been in the first assault. They were all lying in strange positions. We had to run over the bodies – our commander told us not to feel afraid. We cleared the base and moved on.”

“There were many battles. One of them lasted for three days. We only had a few biscuits to eat – it’s hard to fight when you’re hungry.”

“Later, we dug trenches near a big canal at the border of Italy and Germany. We were still there when news came of the end of the war – I felt so relieved.”

“There were many wounded in my battalion but we were lucky – no one was killed in that campaign. We took care to dig good positions to avoid getting hit. Also, we were much better at running than the Europeans – they were always tripping over!”

Life after the War

After the War, Chandra returned to his homeland of Nepal, in the very village where he was born.

“I returned to my home and started farming the land where I was born. I started to receive the Welfare Pension in 1993. Today, this is still my only income. I use it to buy my food – it is hard to get by here.”

“I also receive medicine from The Gurkha Welfare Trust. The doctors come here to see me – it’s much easier than having to travel. Without this support, we would have to deal with the local health system. I couldn’t have afforded the medicine. I would be dead already.”

Chandra, now aged 94, lives with his wife, Chandra Maya, in a remote part of Dolakha district. The couple have three sons – their eldest, Lalbahadur, lives nearby and visits his parents regularly. 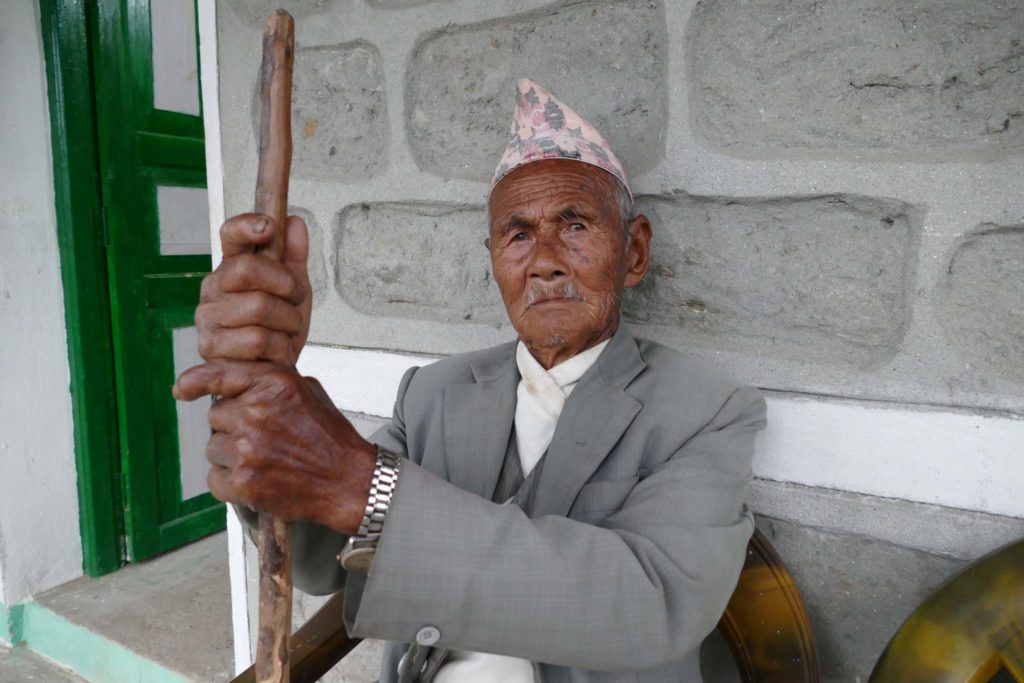 A new home for a Gurkha hero

Since May 2016, Chandra has been living in a house built by the Trust after his former home was destroyed by the 2015 earthquakes. All veterans in the area were affected by the disaster.

“I was outside the house when the bhukampa came. If I had been inside I wouldn’t be here now! The whole roof collapsed in front of me. After the disaster prices went up everywhere. It was even harder to afford food.”

Chandra was visited by our team, who gave him emergency supplies and a temporary shelter to stay in.

“The welfare staff came to inspect the damage and later they told me they would help to rebuild my house. Of course, I was very happy to hear this. I had no money to do it alone, I was only thinking about surviving.

“It is very nice to have a proper home. This one is strong – the earthquake will not destroy it. I am much more comfortable in here. I would like to thank all the people who are helping me in Britain.

“My grandchildren used to go to a school that you have also rebuilt. I think it’s good that you’re helping our communities like this.”