Proud to be a 5th generation Gurkha 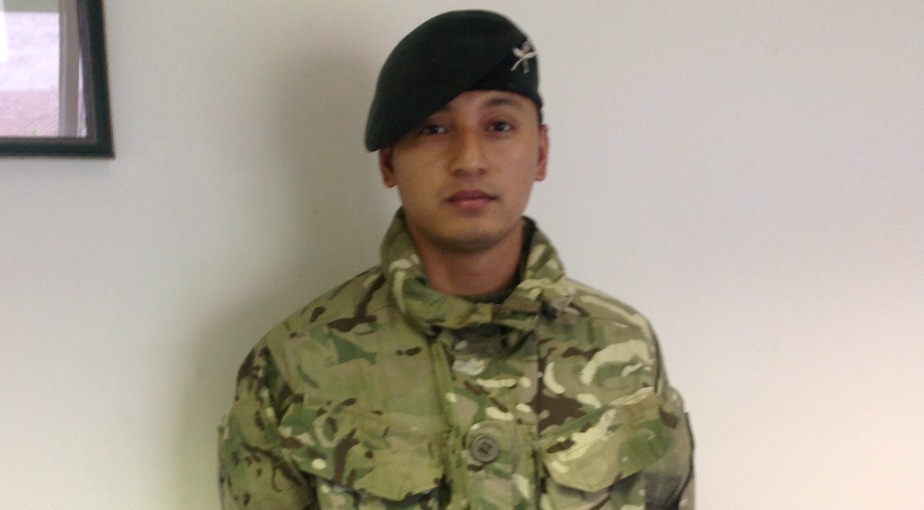 28-year-old Rifleman Surjay Gurung joined the Brigade of Gurkhas in December 2005. On that day, Surjay joined an elite and extremely small group – that of being a 5th generation Gurkha.  For five generations, Rfn Gurung’s family have served the British Crown, a rare history of dedicated family service and loyalty to the British Crown.

It’s the best thing in Nepal to be a Gurkha

“Being a Gurkha gives you respect and pride in Nepal.  Your children respect you.  Your parents respect you.  You get a lot of respect from your community.  It’s the best thing in Nepal to be a Gurkha – better than a doctor or a lawyer,” says Rfn Gurung.

Growing up in a Gurkha family 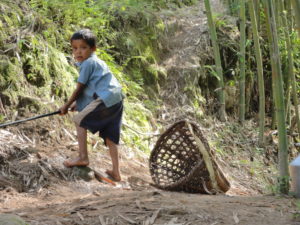 From an early age, he was enthralled by the stories his father and grandfather, both Gurkha veterans, used to tell him and the other children.  “We’d sit around the fire and listen for hours to how they were selected, their stories of fighting and friendship.  My father, Corporal Budhibahadur Gurung, would talk for hours about being a Gurkha – that is what inspired me.

“My father retired in 1985 and now lives in Plumstead, Kent.  He joined the British Army in 1965, selected as part of the Singapore Boys, so he was tough, very tough, when he was young.  Every morning, from me being 17, he would wake me up and take me for a 1.5 – 2 hour run in the hills around our village.  I’d do press ups and sit ups and he would encourage me to study hard to get my qualifications.”

Rfn Gurung spent his early years in a Gurkha hill village – Jemi Sara Khalte – in west Nepal.  “My mother wanted me to grow up tough and to know what village life was like.”  Later on, he moved with his family to the town of Bhairahawa but moved back to the village to live with his grandparents to participate in Gurkha Selection.

Competing against the best 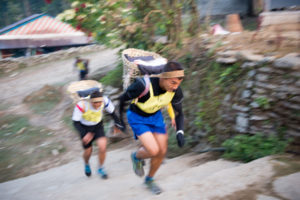 “It was tough, quite tough, to be selected.  I passed the local selection and then the regional selection.  In all, there were 28,000 men trying for 230 places.  I don’t think I would have passed the selection without the support of my father.  In the doko hill race, I wasn’t doing very well.  I was only about 110th.

“But my father had walked halfway up the hill and when he saw me, he shouted ‘Come on Surjay; you can do it; show them how good you really are!’  That inspired me and I came 49th in the end.  I am so grateful to my father for his inspiration and encouragement.  I don’t think I would have been fast enough if he hadn’t shouted his words of encouragement then.”

Rfn Surjay Gurung is extremely proud to be a 5th generation Gurkha and part of a family that has served the British Crown for so long.  “Being chosen to be part of the Brigade of Gurkhas was like a dream coming true,” he adds. 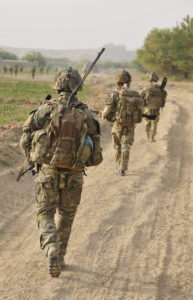 “I’m very grateful to my father and uncles for all their encouragement.  I definitely want my son to be a Gurkha.  He’ll get respect in Nepal.  I know that means he’ll have to go and live with my uncle in Nepal so that he can be selected.”

Rfn Gurung served on Operation Herrick 14 in Afghanistan.  “It was quite tough over there.  We lost a fellow soldier.  But I would have liked to go back – I volunteered to go back.

“My whole family is proud of its Gurkha history – it’s something we talk about often.  We are Gurkhas – all of us – and we never forget it.  We are proud of the fact that five generations were good enough to be selected as Gurkhas and that we have served the British Army for so many years.”