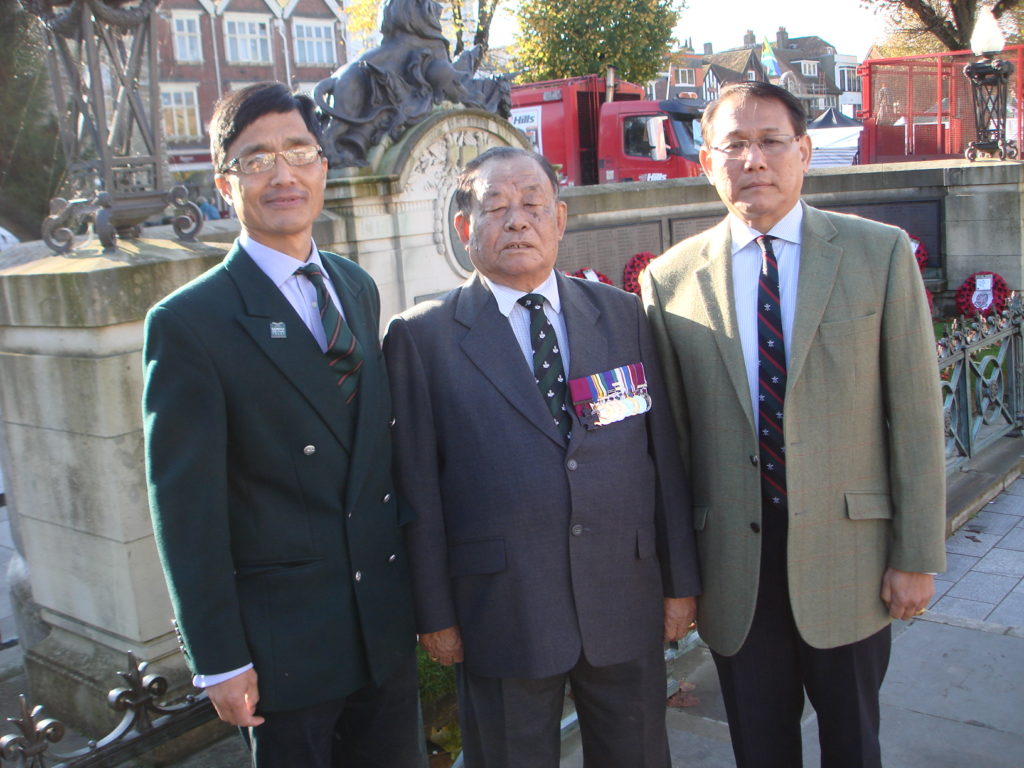 Captain Rambahadur Limbu VC – the only surviving Gurkha winner of the Victoria Cross – visited our head office in Salisbury yesterday, Tuesday 18 November. He came to catch up with the latest developments at the Trust and to discuss our plans for next year’s bicentenary of Gurkha service.As the face of the Trust’s original public appeal in 1969, Rambahadur has a long-standing relationship with us and strongly supports our work with his fellow veterans and Gurkha communities. Our second Residential Home in Dharan is also named in his honour.

Living permanently in Nepal, the war hero has made a rare trip to England to attend various national Remembrance events this month. One of only eight surviving VC recipients, he won the coveted medal for exceptional bravery during the Borneo campaign in November 1965, when he led a courageous jungle assault and rescued wounded comrades under heavy fire.

During his stopover, Rambahadur visited Salisbury’s war memorial, still adorned with last week’s wreaths (pictured inset with GWT staff). He commented: “it is important to remember the sacrifice that these soldiers and many others made for us, just as we must remember the soldiers who have returned home and need our help today.”