Matibahadur Pun served as a Driver in the Gurkhas for nine years in what was then known as the ‘Gurkha Transport Regiment’. We recently sat down with him to talk about his time in the Gurkhas and his life in Nepal. 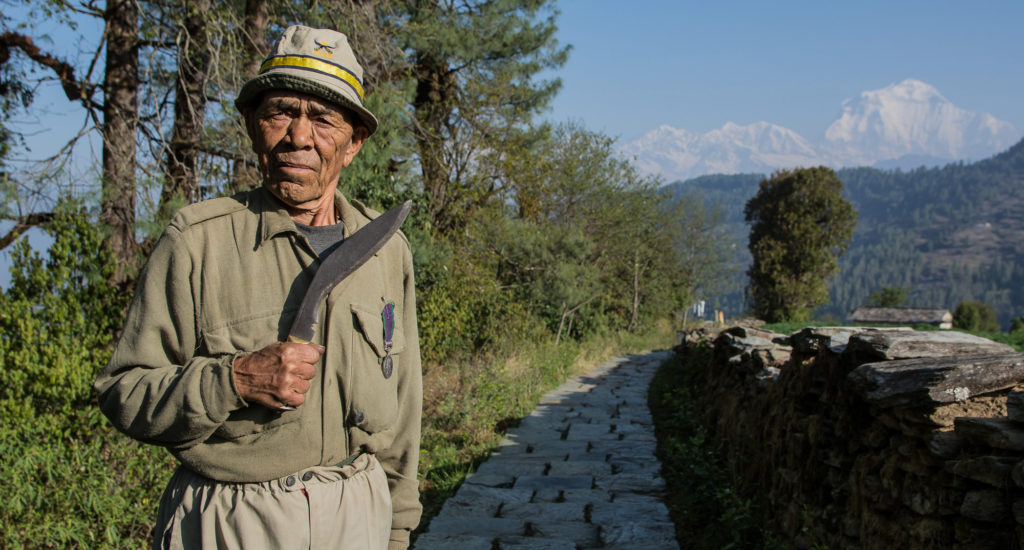 “I met one of the Gullas (Gurkha recruiters) during a festival in my village in 1960. He encouraged me to join the Army. 4,600 of us were recruited that year!”

“I enlisted in Paklihawa and completed my recruit training in Sungey Patani, Malaysia. After completing I was posted to Kulang to take my training as a driver. I was then posted to Singapore with my platoon.”

During his time in the Army Matibahadur served in Borneo, Malaya and Brunei.

“In Brunei I was tasked to drive an Army reporter to a camp. When taking a turn, I suddenly noticed two men with red badge caps duck down. I stopped the vehicle and quickly turned around. We were then attacked with bullets. The enemy were in position to ambush us! The post of Green Jackets was nearby and we informed them who then fired upon with ground artillery/mortars. We were saved.” 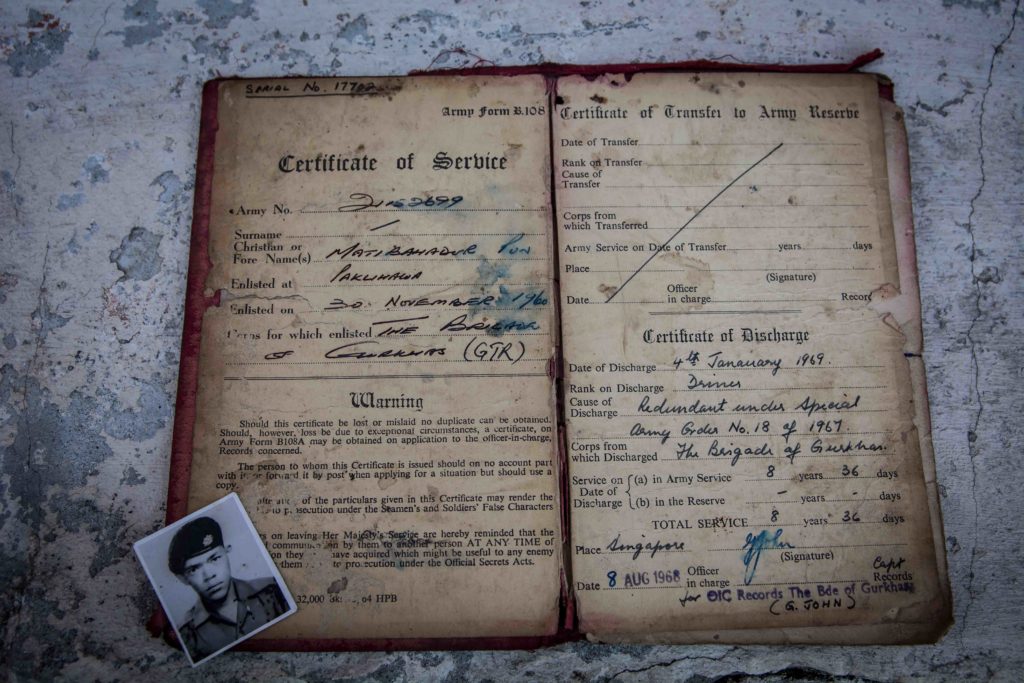 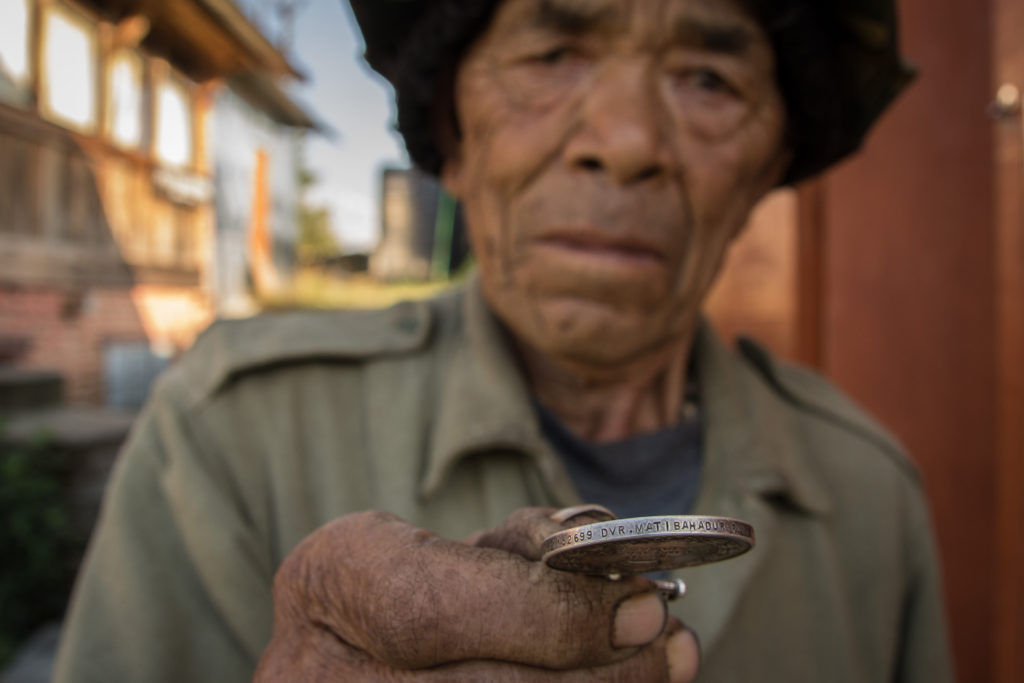 Matibahadur’s medal awarded to him

Having been made redundant from the Army in 1969 he returned to Nepal to his home village in Myagdi district. It was here that he discovered his love of horticulture.

“I have been in this field for more than 24 years now working for a nursery in my village.”

“The nursery is a non-profit entity aimed at protecting, breeding and distributing plants and herbs found in our area. We distribute them to nearby villages at no cost. The nursery itself has become popular and now we receive plant scientists and school children coming here to study/see the different types of plants.”

Matibahadur now proudly boasts at being able to identify over 700 species of herbs and plants. In fact, in his village he is now fondly referred to as the “Nursery Baaje” (Nursery Grandfather). 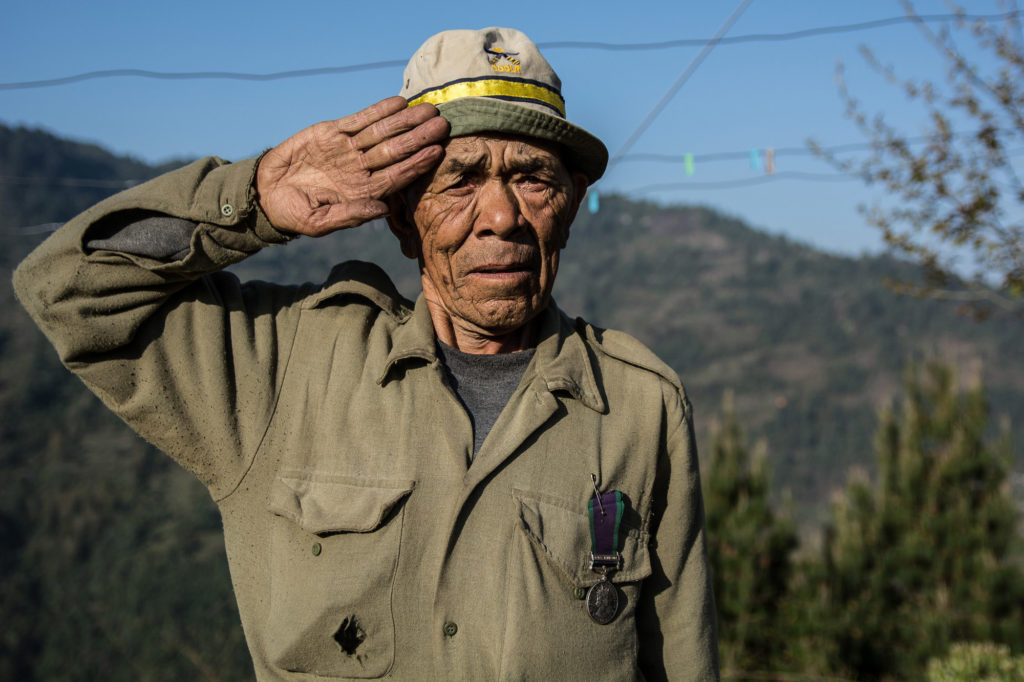 Though he receives a nominal stipend from the nursery, it is the Welfare Pension paid to him by The Gurkha Welfare Trust which he relies on.

He is one of the many veterans who enjoys coming to his local Area Welfare Centre once a quarter as opposed to having his Pension delivered.

“It costs me 1,400 Nepali Rupees for my return journey. I like going to the town”

When we caught up with him recently we asked if he would enlist in the Gurkhas once more if he had the chance:

Want to be the first to read stories like this? Sign up to our email newsletter here.