Our debt of honour to the Gurkhas

Hari Bahadur Chhetri joined the Gurkhas in the midst of World War Two. Age has deprived the 98-year-old of much of his memory from that time, but he remembers guarding convoys as they dropped off supplies at forward operating bases in Burma. Following the war, he even remembers seeing smoking volcanoes as he served on a recce in Indonesia.

As with many Gurkha soldiers, Hari was made redundant from the British Army in 1947. Talking of the years after he returned to Nepal, Hari describes a typical path.

“What did I do? Same as before: farming. What else was there? We ploughed the fields, harvested the crops. I built this home. I’ve been here ever since!”

He also married and started a family with his wife, Ratna Kumari, who sadly passed away in 2013. The couple had five sons and two daughters in their time together. Feeding the family was a challenge for Hari and, as he grew older, life became ever harder for the veteran.

In 1999, he learned of a charity that was providing support to those like him who had served in the British Army. It was the first time he had heard of The Gurkha Welfare Trust.

“Someone told me about this aid so I applied and they started to give me the Welfare Pension. Before this we never had money, only the food we could grow. It was a new life. We could actually send our grandchildren to school. 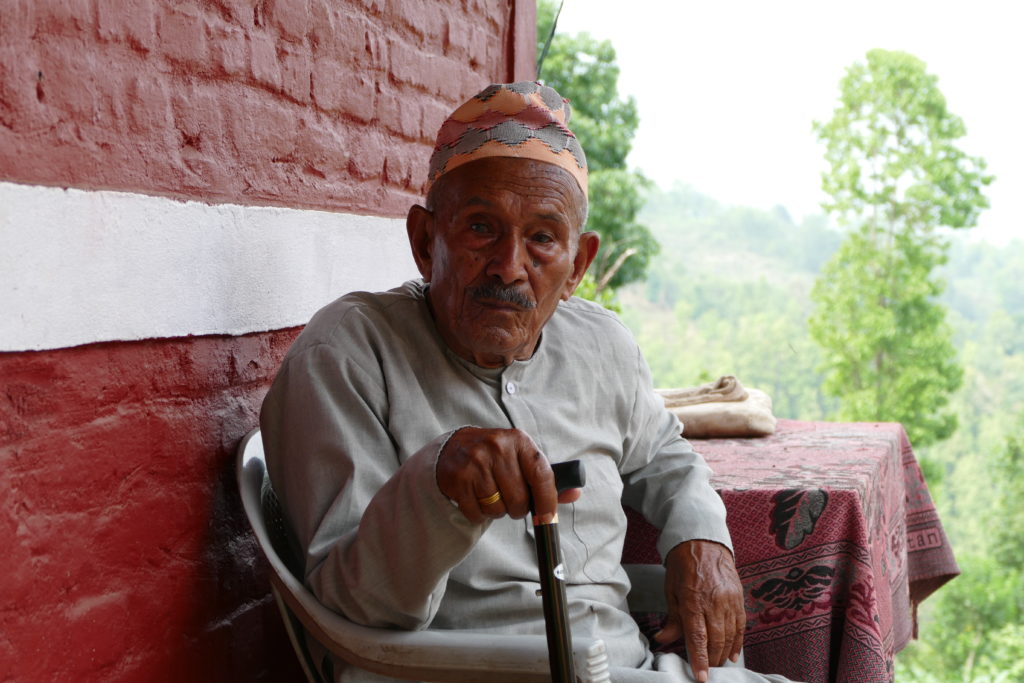 Hari Bahadur Chhetri joined the Gurkhas in the midst of World War Two.

The Welfare Pension is awarded by the charity to impoverished Gurkha veterans or widows who aren’t eligible to receive the standard Army pension. The rate is calculated each year using a ‘shopping basket’ of basic goods such as rice, vegetables and firewood. For many people like Hari, it is their only source of income.

“It made a big difference to us and over the years it has grown. Today, I can’t farm any more. The pension lets me buy the food I can no longer grow for myself.”

“I also use The Gurkha Welfare Trust’s medical scheme. My daughter collects my medicine for me and the doctors come to my house sometimes. I’m lucky that my health is okay, even though I’m old now. I try to eat well and I drink milk every day!”

Hari’s greatest time of need came after the devastating earthquakes that struck Nepal in 2015.

“I had just eaten lunch and was taking a nap in the old house. I remember being shaken awake and I grabbed the wall. I tried to stand but it was difficult. When I got to my feet I made my way outside. The shaking calmed down and I thought it was over but it soon started again. 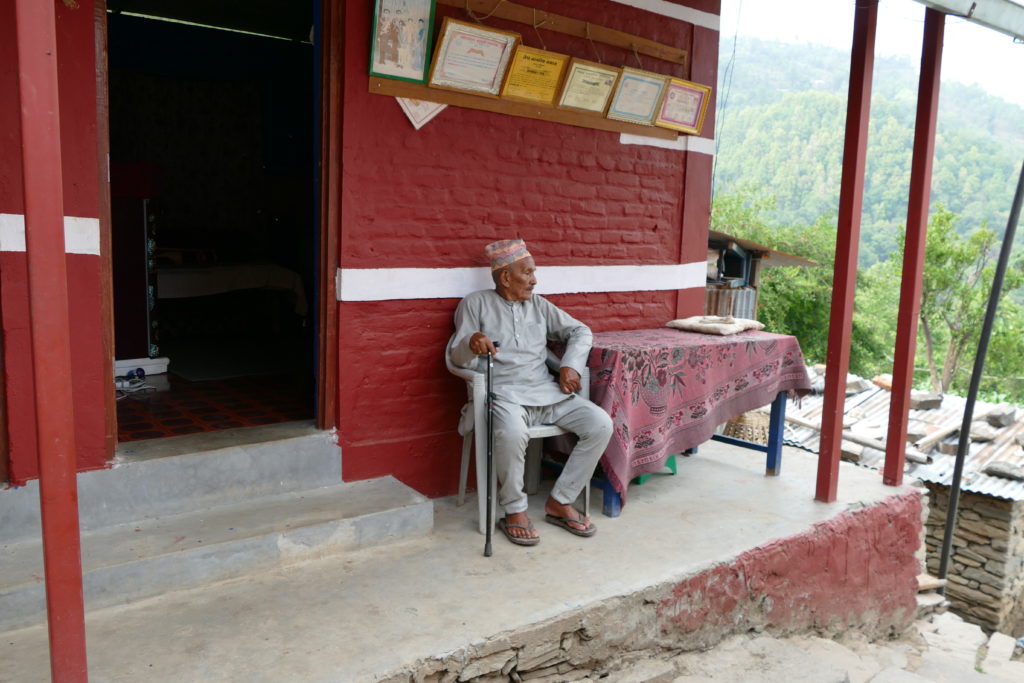 Hari’s greatest time of need came after the devastating earthquakes that struck Nepal in 2015.

“After that, my own house was badly cracked and dangerous so I couldn’t sleep there. There are six of us here and you can see my son’s house is still standing so I was lucky to have somewhere to stay.”

Last year saw the conclusion of the Trust’s earthquake response; a project which took two years and brought huge benefits to veterans and widows in the hills of Nepal.

In total, they rebuilt over 1,000 homes to a new quake-resistant standard, in addition to schools, community centres and water projects that were damaged. Hari was a recipient of one of the new homes.

“I was so happy when you told me you would help to build me a new home. It was finished around September 2016. I feel very happy here, very relaxed. It is very well made. If another earthquake comes, I feel much safer.”

Be the first to read our stories from Nepal by signing up to our eNewsletter.