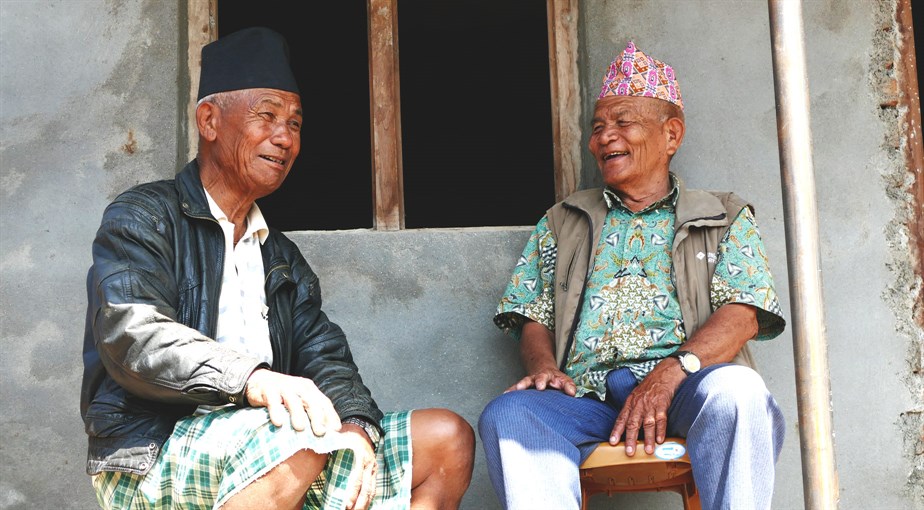 Kul and Gunga are brothers. They served in the same Gurkha Battalion, fighting in Malaya, Borneo and Brunei. They live in a remote Himalayan village called Lankachhar with their families. Both of their homes were destroyed two years ago in the Nepal earthquakes.

Gunga joined the British Army in time to be involved in three of the major conflicts of the 50s and 60s. With the 6th Gurkha Rifles, he went first to Malaysia in 1959, where he had the dangerous task of running signals between units.
When the Brunei Revolt took place in 1962, Gunga was one of the Gurkhas who sailed to suppress the rebellion. He was back there during the Borneo confrontation, still as a signalman on patrol in the jungle.
“It was a risky job. In one ambush my friend was shot down while we were running for cover. I crawled back to find him covered in blood. I called a helicopter for evacuation but he later died in hospital. It was a very sad day.
“I would think about my younger brother sometimes. He was in the same battalion but a different company. He was so close but we couldn’t see each other!”

Following in his brother’s footsteps

When Rifleman Kulbahadur Gurung joined the British Army in 1960, he was posted to the same unit as his elder brother – 2nd Battalion 6th Gurkha Rifles. It wasn’t long before he got his first taste of action, in the Borneo campaign.
“It was a lot of stop and start. We would spend a long time waiting in the jungle to ambush the enemy. Then when they came, there would be a lot of firing.
“After Borneo, I went back to Hong Kong where the Gurkhas were based. It was my turn to train Fijian soldiers joining the British Army.”
After retiring, Kul followed in his brother’s footsteps again, returning to their ancestral home of Lankachhar village in Kaski district, Nepal. Like his brother, he was eligible for the standard Army pension. He would spend 18 years working as a security guard in India before moving home for good.

On 25 April 2015, Kul was at home with his wife, daughter-in-law and grandchildren.

“We were just eating lunch and suddenly everything started shaking. We ran outside and watched as the house cracked and then crumbled. It was terrifying, moments later and we would have been buried under rubble.”

The family moved in to the one part of the house that was still standing. The Gurkha Welfare Trust then began work on a new home for them, which is due for completion imminently. For Kul, it can’t come soon enough:

“Life is very hard now. There are five of us in one room, including my granddaughter who is only a baby. There’s no privacy; it’s hard to even sleep. The worst is when it rains because we can’t even go outside and the roof leaks. We have to cook in a shack. I can’t wait to move in to the new house.” 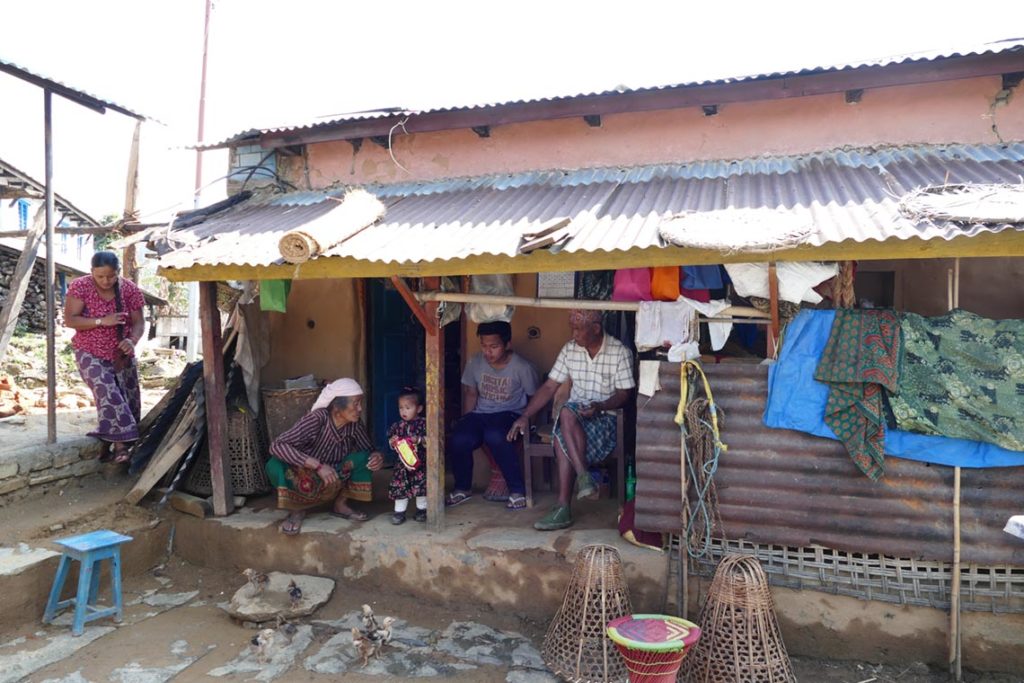 Rifleman Kul Bahadur Gurung with his family outside their temporary accommodation

Gunga was away from home at a religious festival when the first earthquake struck.

“The shaking was frightening. My daughter is disabled and she was at home so I was very worried. I rushed home to find her and my house was on the verge of collapse.

“After a month or so I went to The Gurkha Welfare Trust Welfare Centre to tell them what had happened. They brought a temporary shelter and looked at the damage. They later said they could help to rebuild the house. It was a big relief.

“Since construction began four months ago we’ve been borrowing a room from my neighbour but it is very small and difficult to move. I don’t want to inconvenience my friend for too long. It will be very good to have this new house.” 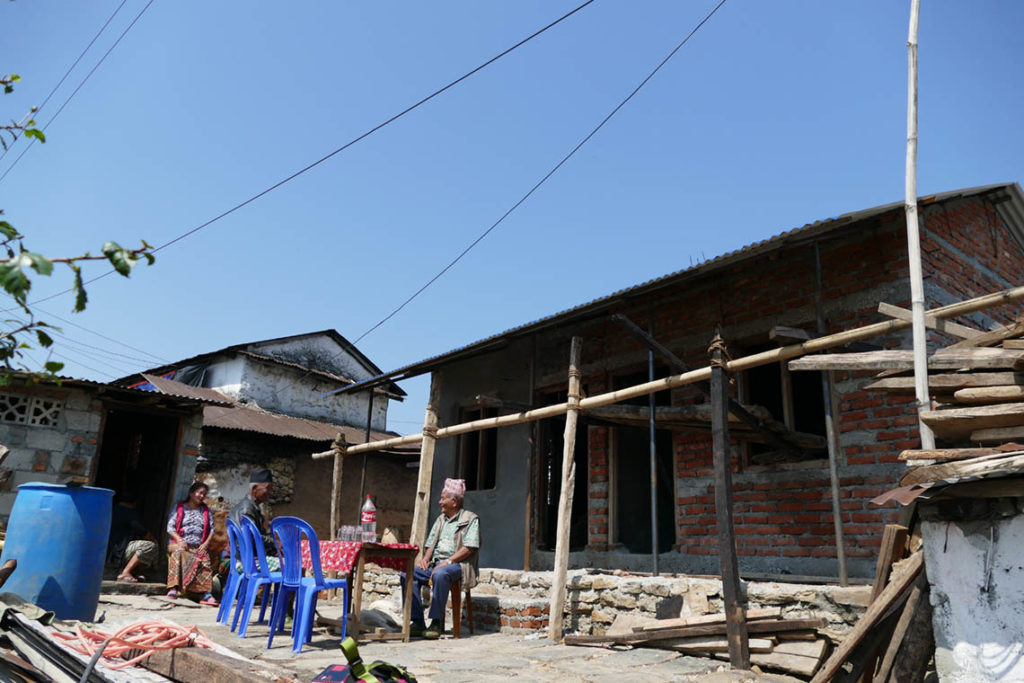 In addition to our hardship support, Kul also makes use of the Trust’s medical scheme to treat his hypertension.

“I used to visit the Welfare Centre but now my brother picks them up because I find it harder to walk. Now, even though I’m younger, I can’t keep up with him! The mobile doctors have visited me though.”

With Lankachhar situated on top of a steep hill, Kul is fairly cut off from the outside world. He’s incredibly grateful for the help GWT has given in bringing support directly to his home.

Previous Rebuilding Lives: Baldhan and Budhini 19th April 2017
Next A new home for a hero 17th May 2017
Donate Today