A new home for a hero 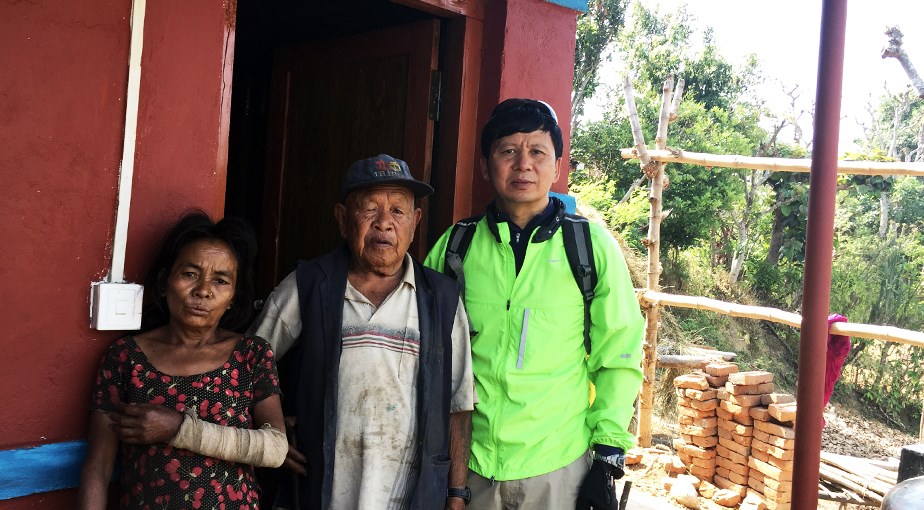 A brave veteran of the Second World War, 95 year-old Rifleman Muktasing Thapa and his family had been forced to live in a tiny damp shelter after their cottage was destroyed in the 2015 earthquakes.

Early life in the Army

Rifleman Muktasing Thapa joined the Army in 1943 in Kunraghat and was trained in Bokula for 10 months. He was deployed to Japan where many soldiers had been captured as prisoners of war. He bravely fought against the Japanese until the end of World War Two in 1945.

During his time there, his unit destroyed a bridge over Sittang river so that the Japanese could not cross. Over the years his unit was redeployed in various locations before he was eventually made redundant during a downsizing in 1949. Later on Muktasing moved to Calcutta, India where he lived and worked for 11 years.

On retirement at the age of 60, Muktasing returned to his village to work as a farmer. He lived with his first wife Bishnumaya who sadly passed away a few years later. They had no children together.

In 1995, Muktasing was awarded the Welfare Pension by The Gurkha Welfare Trust. The pension exists to provide veterans or widows who aren’t eligible for the standard Army pension with money for basic necessities such as food and fuel. It currently stands at 10,000 Nepalese Rupees per month (around £71.50).

The pension is Muktasing’s only source of income as he spends his time looking after his wife Dilmaya who sadly is unwell.

Muktasing himself is not without health problems either. He has a long history of hypertension and has recently been diagnosed with diabetes and asthma. We give him medicine and a check up whenever he visits our Welfare Centre in Tanahun, Nepal to collect his pension.

Muktasing and his family were previously living in a small thatched cottage which was severely damaged by the 2015 quakes. A year later, Muktasing applied for a hardship grant so his house could be rebuilt. When our officers witnessed the tiny, derelict shelter his family was living under, they immediately began the process of building them a new home. 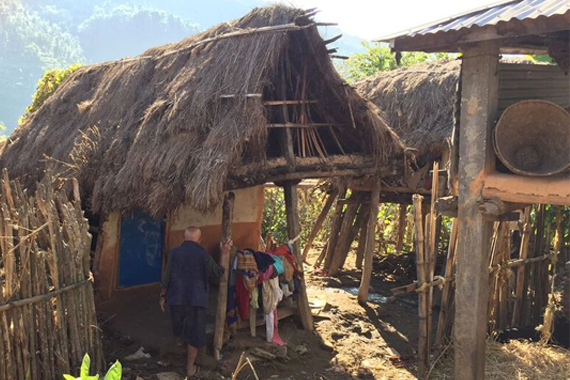 Muktasing and his family lived in this tiny shelter, damaged by earthquakes in 2015

Their brand-new earthquake resistant home has now been completed and consists of two bedrooms, a kitchen and a toilet. 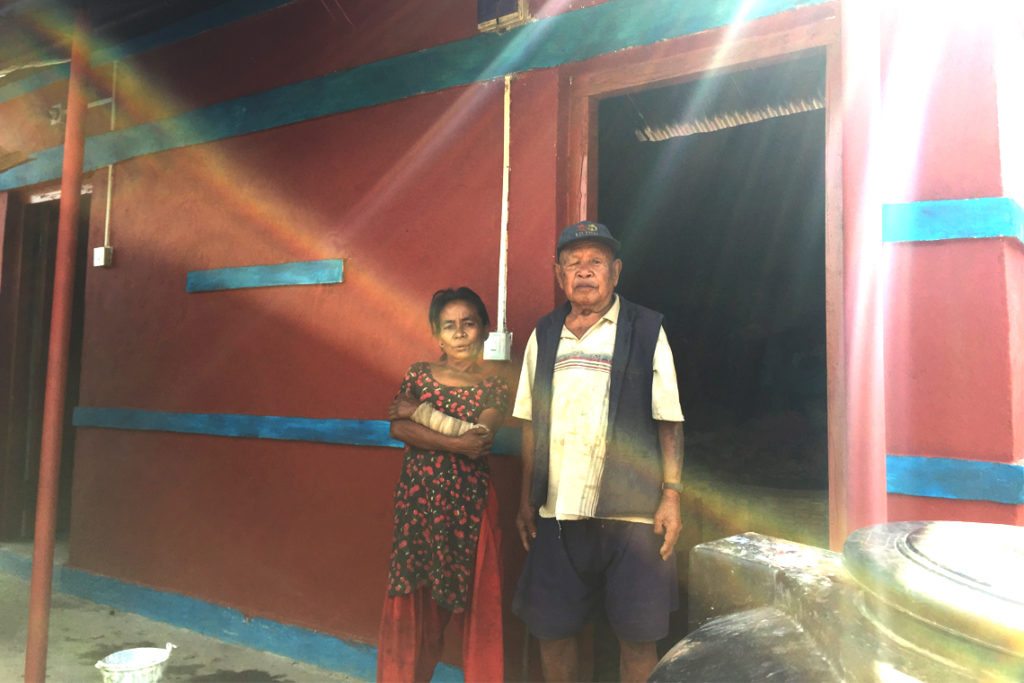 Muktasing is overjoyed. He said, with a tear running down his cheek:

“I have worked so hard throughout my life but never thought I would be living in such a beautiful house.”

You can read more about our ongoing work to rebuild the lives of those affected by the 2015 earthquakes and help us ensure that brave veterans like Muktasing have a safe place to live, on our earthquake response page