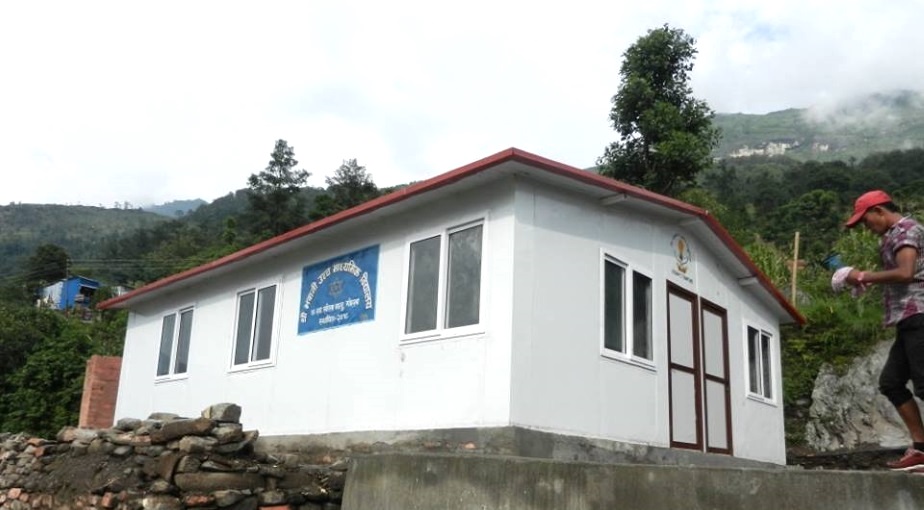 Manbu village is one of the remote communities situated in the north-eastern part of Gorkha District. During the dry season, it takes around 3 hours’ drive from our Welfare Centre by trusted Landrover, along a muddy dirt track to a drop-off place called Soti and another good 3 hours’ uphill walk to get there. With a population of about 9,000 people, the village is spread over an area ranging from 700m to 3500m from sea level and is quite difficult to move around at the best of times. 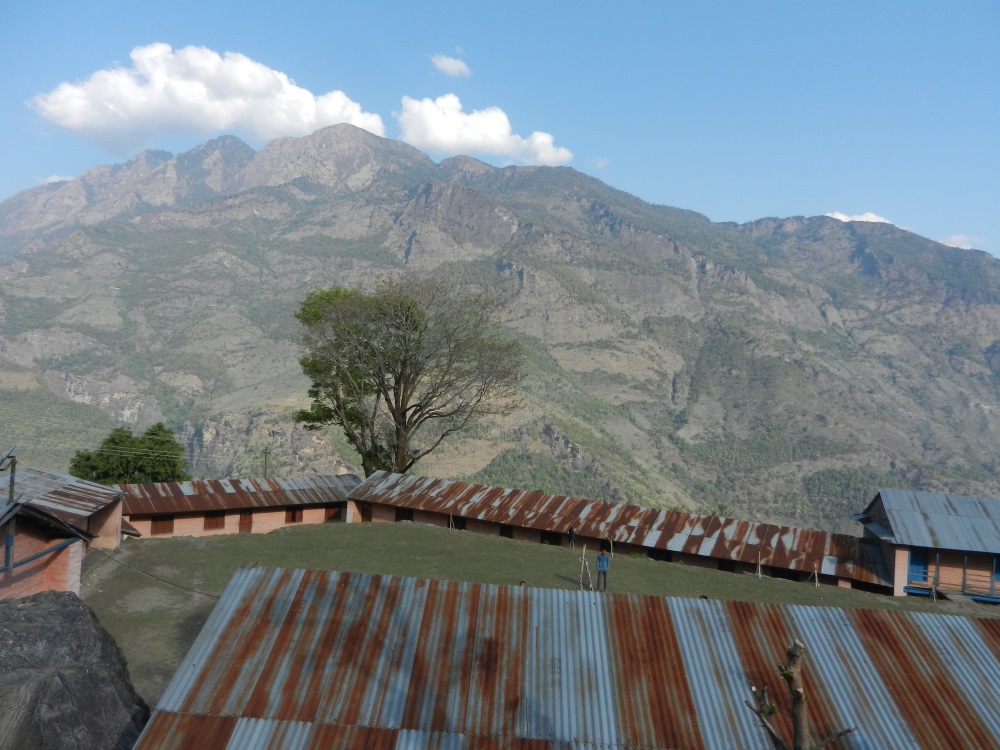 Similar to the other surrounding villages, Manbu felt the devastating effect of the earthquake on 25th April 2015. A total of 27 people lost their lives, including one of our pensioners, and over one hundred were injured. The vast majority of buildings were flattened including local schools; it was a small blessing that the earthquake occurred on a Saturday when school was closed for the weekend.

All 10 schools were destroyed

There are 6 primary, 3 lower secondary and one higher secondary schools covering most part of the Manbu Village Development Committee (a Nepali administrative zone). All were destroyed by the earthquake. When students complete their primary level education, all move on to Shree Bhuwani Higher Secondary School and therefore it has quite a large number of students. Currently 569 students are studying in this school. A hostel accommodates 40 students from faraway places but that too was destroyed. 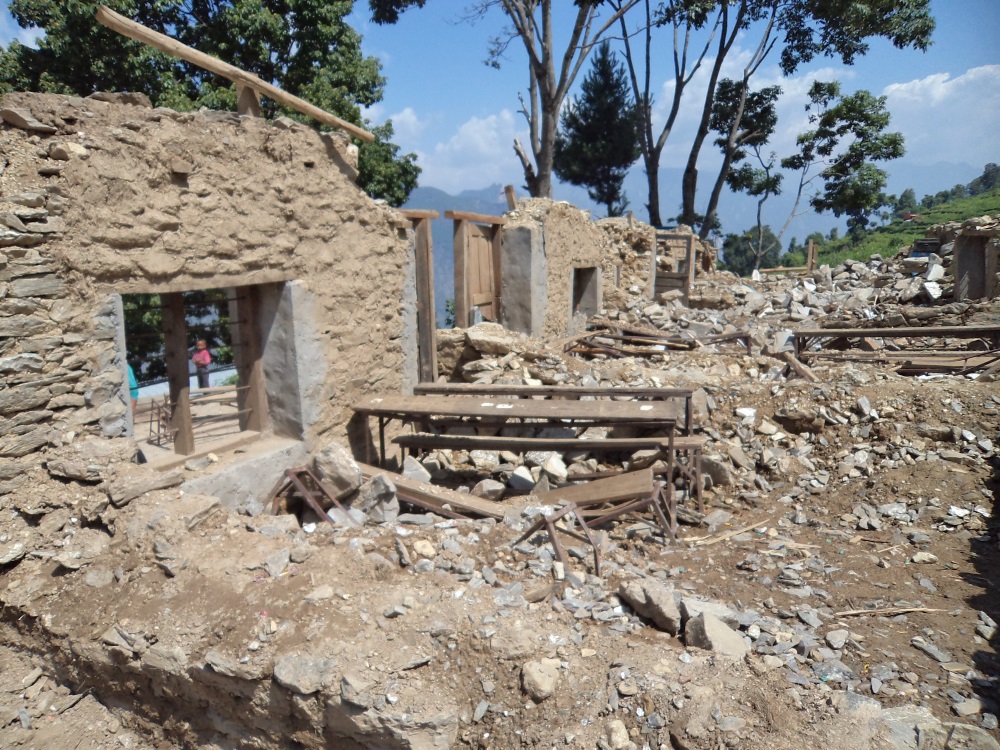 The villagers had retrieved some of the useable materials and built temporary classrooms, but these were far from sufficient, with classes being run in two sessions. The first session starts at 6AM in the morning till 11AM and immediately a second session starts, closing at 4PM. The rooms were extremely basic and would not hold up to the impending rains.

In order to provide immediate support in Manbu, the Trust decided to build 6 classrooms using prefabricated materials. Troops from the Queen’s Gurkha Engineers (QGE), deployed in Nepal as part of ‘OPERATION MARMAT’, were given the task of carrying out this project (marmat means rebuild in Nepali). Although costly, rooms could be ready within a few days, giving a much needed sigh of relief to the School Management Committee (SMC) before the start of monsoon. 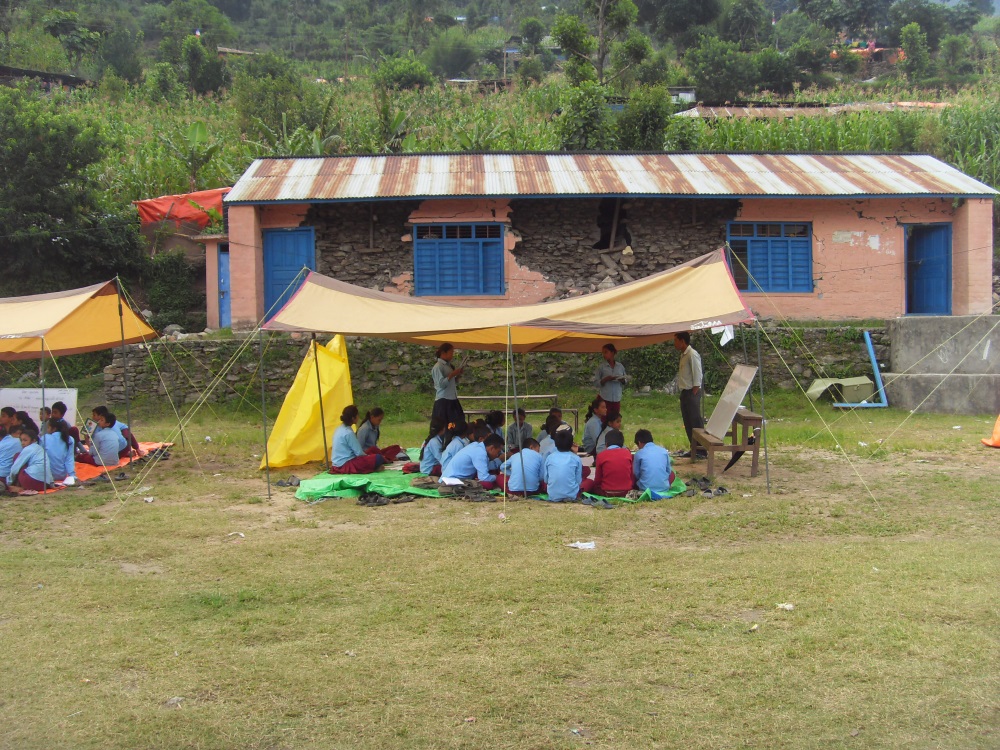 The Chairman of the SMC, Mr Ramesh Kumar Lamichhane, said that QGE troops “not only built our school but also demonstrated exemplary discipline and teamwork and completed the task within a very short timeframe”. The Headmaster, Mr Kajiram Karki, pointed out that he will utilise those classrooms for junior classes with a lesser number of pupils and the vacated classrooms could be used for other senior classes; he is now hopeful that full classes can resume as normal. 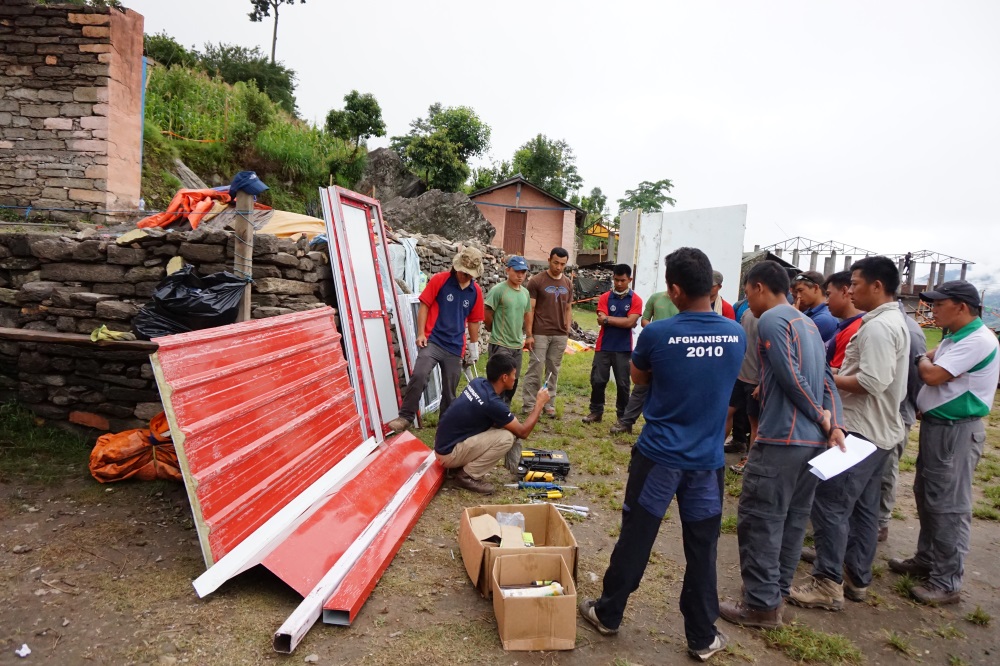 In the aftermath of the earthquake this was a new type of immediate relief initiative undertaken by the Trust in Nepal. Despite difficult terrain and problems with the delivery of building materials, all exacerbated by the post-disaster setting, the QGE troops did a remarkable job completing the project. The school was handed over to the community by a visiting Officer Major General Richard Stanford MBE at a simple ceremony on 2nd July 2015.

The villagers are really grateful for the help they received from the Trust. Local resident Mr Rajeshkumar Gurung expressed his gratitude for the Trust’s timely response and hoped Manbu’s children would “be able to go to school without fear”.

Previous Nepal earthquake: a personal account 16th July 2015
Next Do you have an unwanted car? 22nd July 2015
Donate Today