Providing shelter from the monsoon 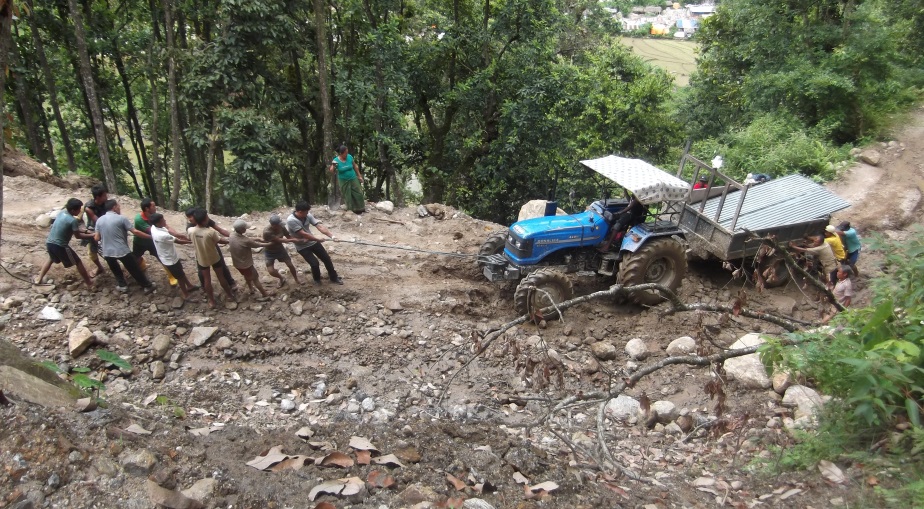 Pokharatar village is one of the poor communities of Gorkha District. From our Area Welfare Centre (AWC) it takes around four hours to reach by Landover along a difficult, narrow track. The devastating April 25 earthquake ruined everything in the village, which is situated near the main epicentre.

“All the houses are gone”

The eldest resident, 97-year-old Chandrabahadur Rana, recalls the great earthquake of 1934: “Then there were only six houses and a few small huts and they were totally destroyed. Now the village has grown to 49 households and once again, all the houses are gone”. He sustained multiple injuries and is now bedridden. 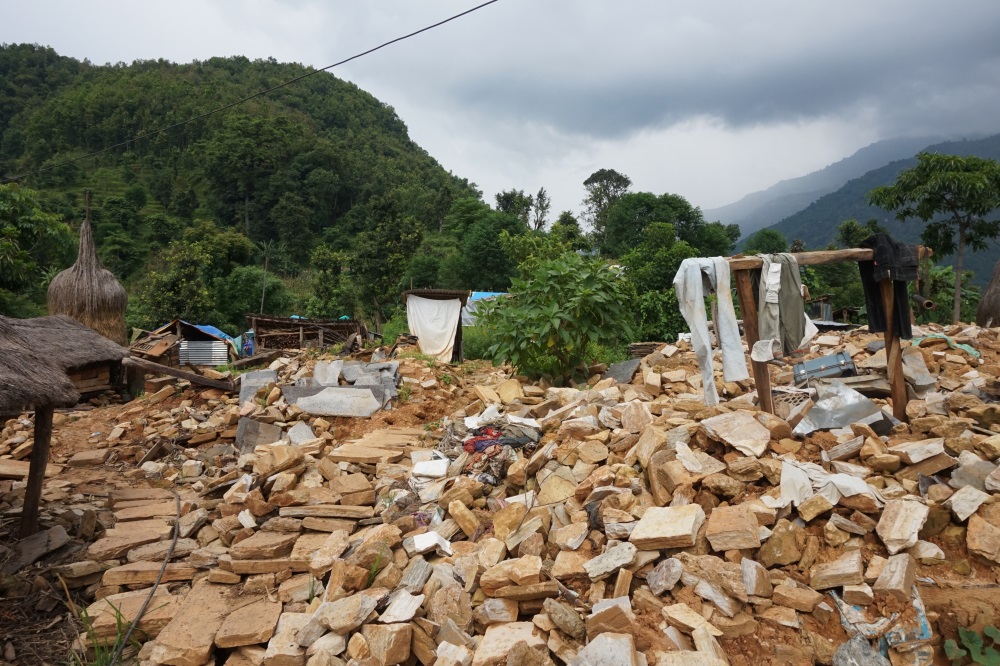 12 people from this small community were killed and 17 were injured. Our three pensioners were fortunate to escape unscathed. The villagers also lost a total of 75 livestock, creating an additional workload in removing them before they began to pollute the area. 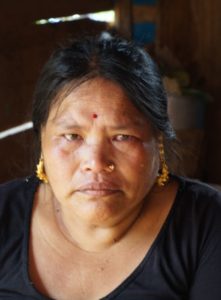 Ms Kuntamaya Thapa, the disabled daughter of late Lance Corporal Dilbahadur Rana, managed to crawl to safety and survived but sadly her 9-year-old niece, who used to help her at home, was caught by falling rubble and lost her life. Inside a makeshift shelter, a tearful Kuntamaya – who can’t move without assistance – told us how she wished that she had been buried under the rubble instead of her young relative, who had so much life ahead.

It was a small consolation that the visiting team were able to inform her that her application for the transfer of her father’s service pension had been successful. This income will be vital as she tries to get past her family’s tragedy and rebuild her life.

Despite their losses the community is coping well. They are poor but resilient, active and well organised. Now that the monsoon is in full force, their first priority has been working in the paddy fields so that they can harvest rice in four months’ time. It is also time for harvesting maize and they have to be on constant guard from raiding monkeys else food will be stolen or spoiled.

As part of the Trust’s community aid commitment, we supplied Pokharatar with 1,372 corrugated iron sheets so that they can build more robust shelters in the coming days. Due to the monsoon rains, track conditions have deteriorated and become increasingly dangerous but our team managed to reach the village just in time before another bout of downpour.

“I don’t have much time”

All 49 households received 28 sheets each – enough for two rooms. As we were leaving, villagers said that work on temporary shelters would begin as soon as possible. As resident Mr Ranbahadur Thapa told us: “I’m 78 years old now and don’t have much time. Anything that I can build is considered permanent and the sooner the better.” 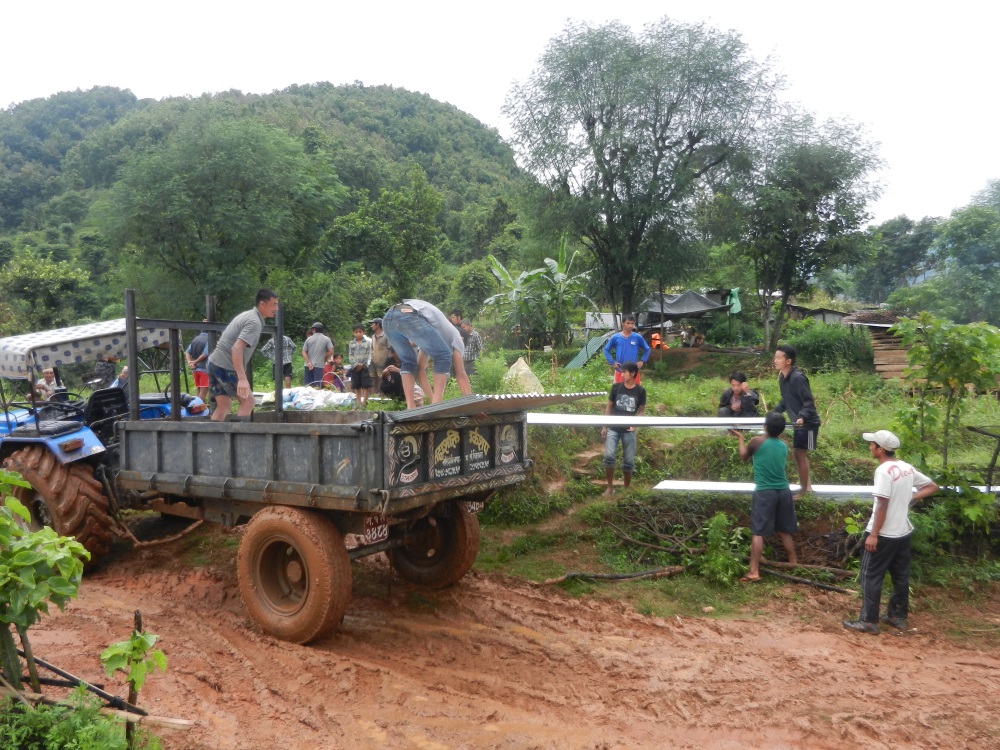 Another resident, Mrs Dhankumari Thapa, added: “This is monsoon season; from now on no vehicles can come up here to deliver us building materials and we have no money to purchase them ourselves either. Your help is greatly appreciated.”