Following in the footsteps of super-supporter Jim 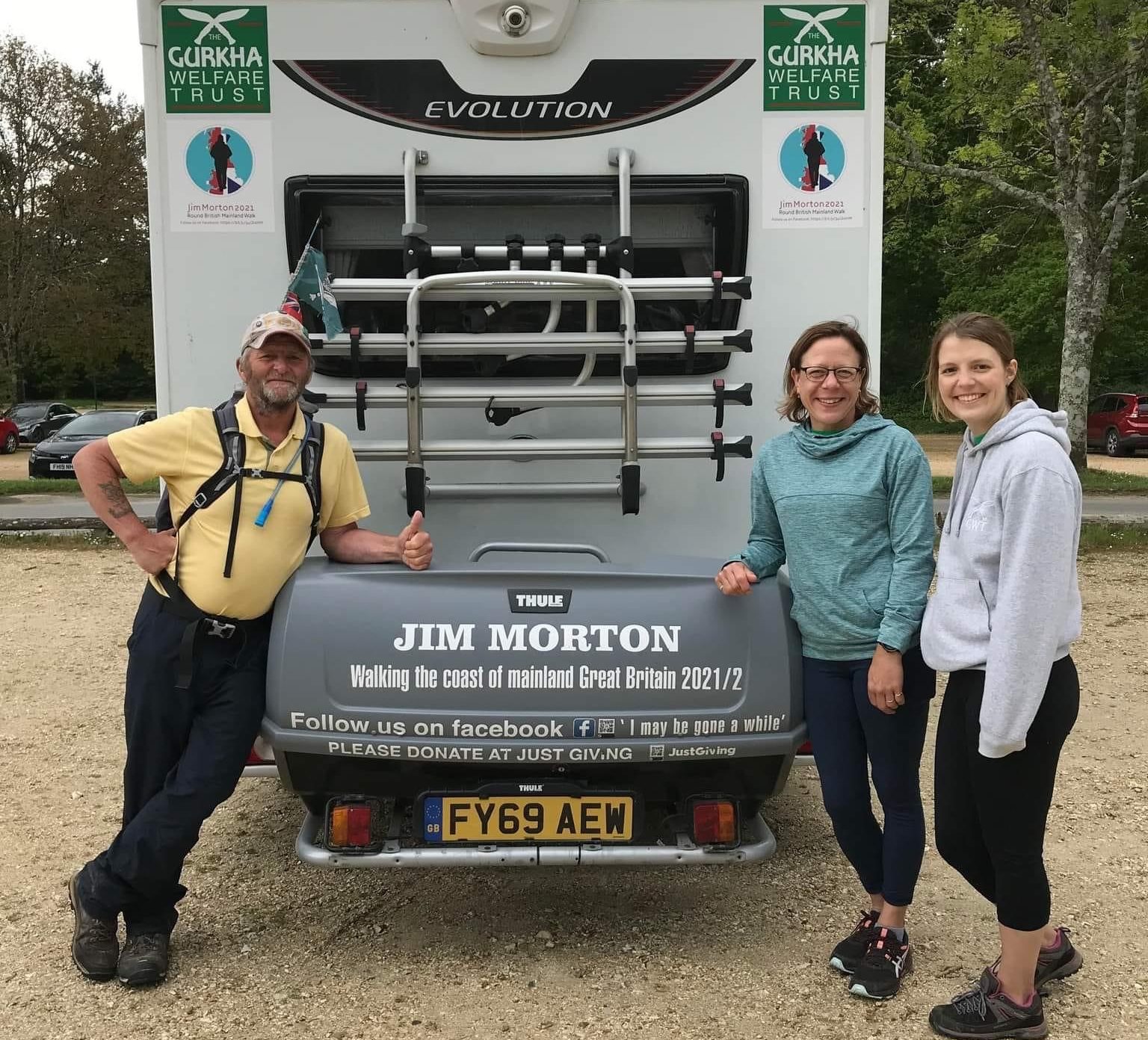 Last week two of the GWT team abandoned their desks for a day of walking with the legendary Jim Morton.

Fundraiser Jim set out in April 2021 ago to walk the coastline of Great Britain in aid of The Gurkha Welfare Trust. We joined Jim on day 396 of his epic trek to spend time walking with him and to find out what inspired him to take on this monumental challenge.

Jim’s aim is always to stay as close to the coast as possible and he has not been deterred by ‘minor’ obstacles such as crossing rivers, fighting through forests or scrambling up cliffs. Every time he reaches a pier he walks to the end and back. One of his big challenges has been having to take detours inland and thus lose sight of the sea.

Having spent five years serving in the Royal Navy, Jim obviously still feels at home by the water. In their free time, Jim and his wife Sue enjoy going on cruises, but Jim’s fundraising journey has meant that for now they’ve swapped far-flung docks for ‘sunny’ British beaches.

We joined Jim at beautiful Lepe beach in Hampshire, but soon had to head inland for several miles as it was the only way to get across the Beaulieu River. We had a brief stop by the roadside so Jim could join a live radio interview with Radio Solent. Shortly after, a car stopped and we saw the driver waving something out of the window – a five pound note! “I’m listening to you on the radio right now – here’s a donation and good luck!”

A passing cyclist stopped to ask Jim what he was doing. He had a card ready to give to her so that she could look up his fundraising page later. Jim never misses an opportunity to chat – any time we stop to ask for directions he takes the time to talk about his challenge and why he’s supporting The GWT.

Over three hours later we were finally able to cross the river at Beaulieu. After a short rest Jim was keen to get moving again and set off towards the coast aiming to get to Bucklers Hard by the end of the day. As always he left his wife Sue with instructions where to pick him up so they could travel to a nearby campsite for the night.

I asked Sue if she had ever failed to locate Jim at the end of the day. Only once – but Jim found her eventually!

Out in the wilds on his own, Jim uses the Ordnance Survey map on his phone to plan his journey and find footpaths, but it’s not always straightforward. He’s often been frustrated by dead ends or paths on the map that don’t seem to exist, resulting in some additional miles as he is diligently forced to retrace his steps and find a new route.

“I was feeling jaded after walking nine miles… yet Jim often covers 20 miles a day and in total has walked over 6,320 miles. What an incredible achievement. I’m looking forward to following his progress along the South Coast, and I’m sure he will smash his fundraising target!” – Heather