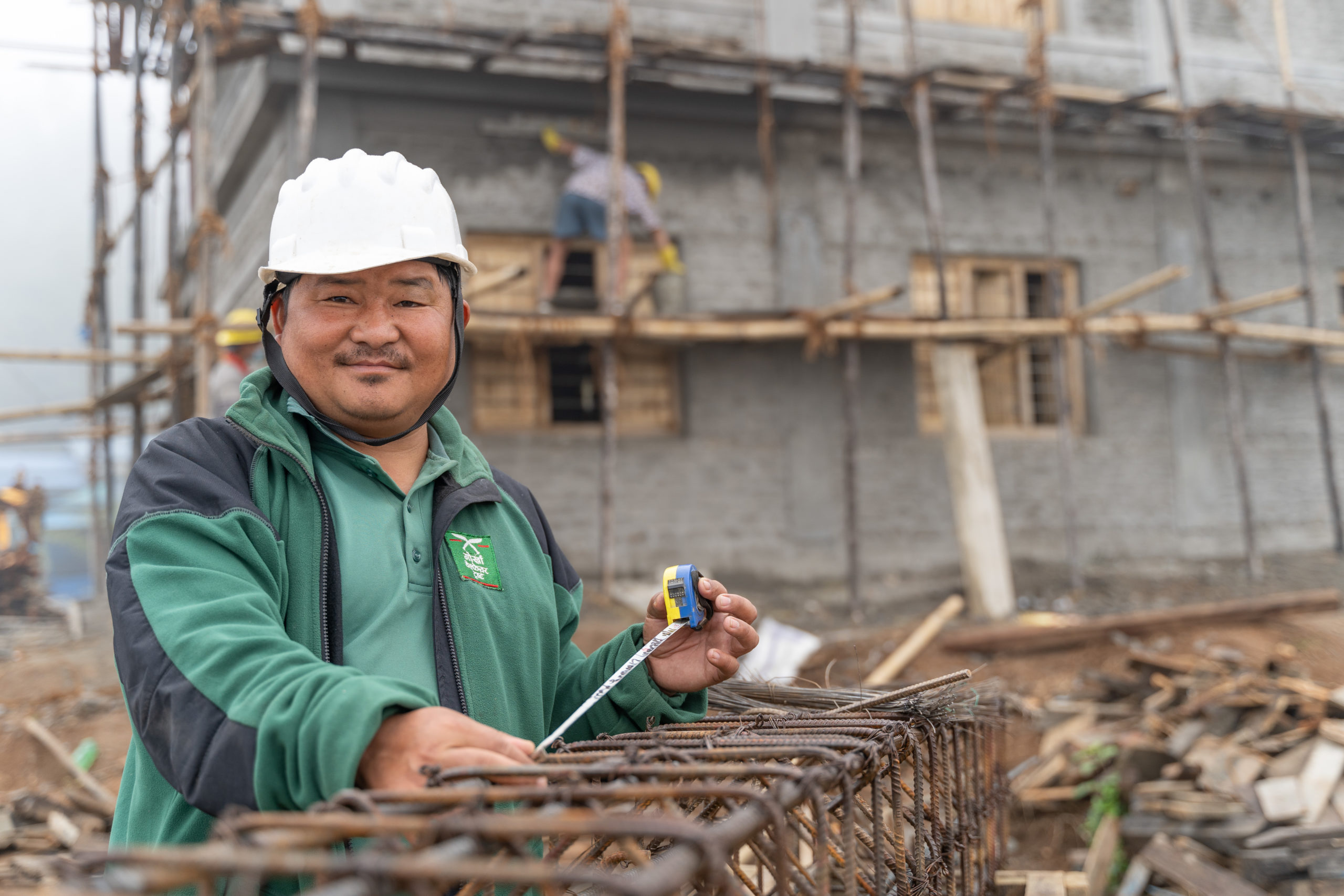 Our Schools Programme is one of our longest-running programmes, and it has benefitted children living in hundreds of remote villages across Nepal. Especially after the earthquakes of 2015, many schools throughout Nepal are in need of refurbishment or a complete rebuild.

We are halfway through a major rebuilding project for Shree Prithvi Secondary School, located in Baksila, Khotang. Baksila is about three and a half hours’ drive from our Area Welfare Centre in Diktel. Initially built in 1960 as a primary school, Shree Prithvi Secondary School has grown substantially through the decades. It now runs classes from grade one to 12, as well as an Early Childhood Development class. 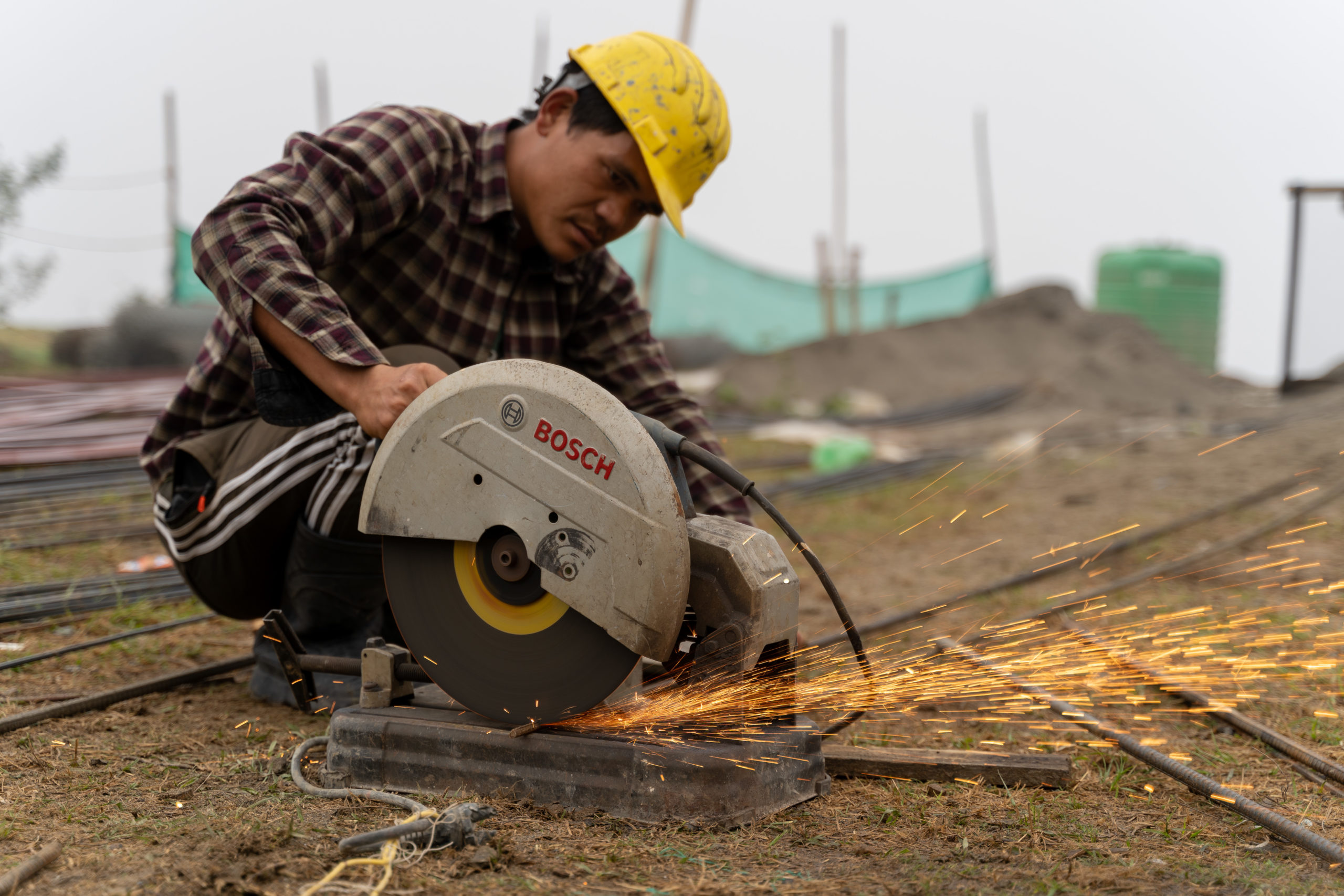 Construction on Shree Prithvi is underway.

The only road leading to Shree Prithvi is a dirt path which becomes impassable during peak monsoon season. As Nepal prepares to enter another tough summer of heavy rains and flash floods, our team is working hard to complete as much of the remaining construction as possible by the end of June.

The project at Shree Prithvi started last year with construction of a two-storey building with 12 classrooms and a refurbished library block. This year, we are setting an ambitious goal to construct another two buildings with a combined 18 classrooms, one community hall, one toilet block, a new water tap stand, and a brick masonry incinerator. We’ll also refurbish one of the old school blocks, and furnish all the new classrooms in the school.

Rana Bahadur Rai, Shree Prithvi’s principal, said, “This is the only school in the area offering studies up to grade 12. Other schools in the surrounding villages only offer classes up to grade 8. These villages are about one to one and a half hours away. So, we have students walking over an hour every day to come to our school for higher studies. We now currently have a total of 560 students, 290 girls and 270 boys. 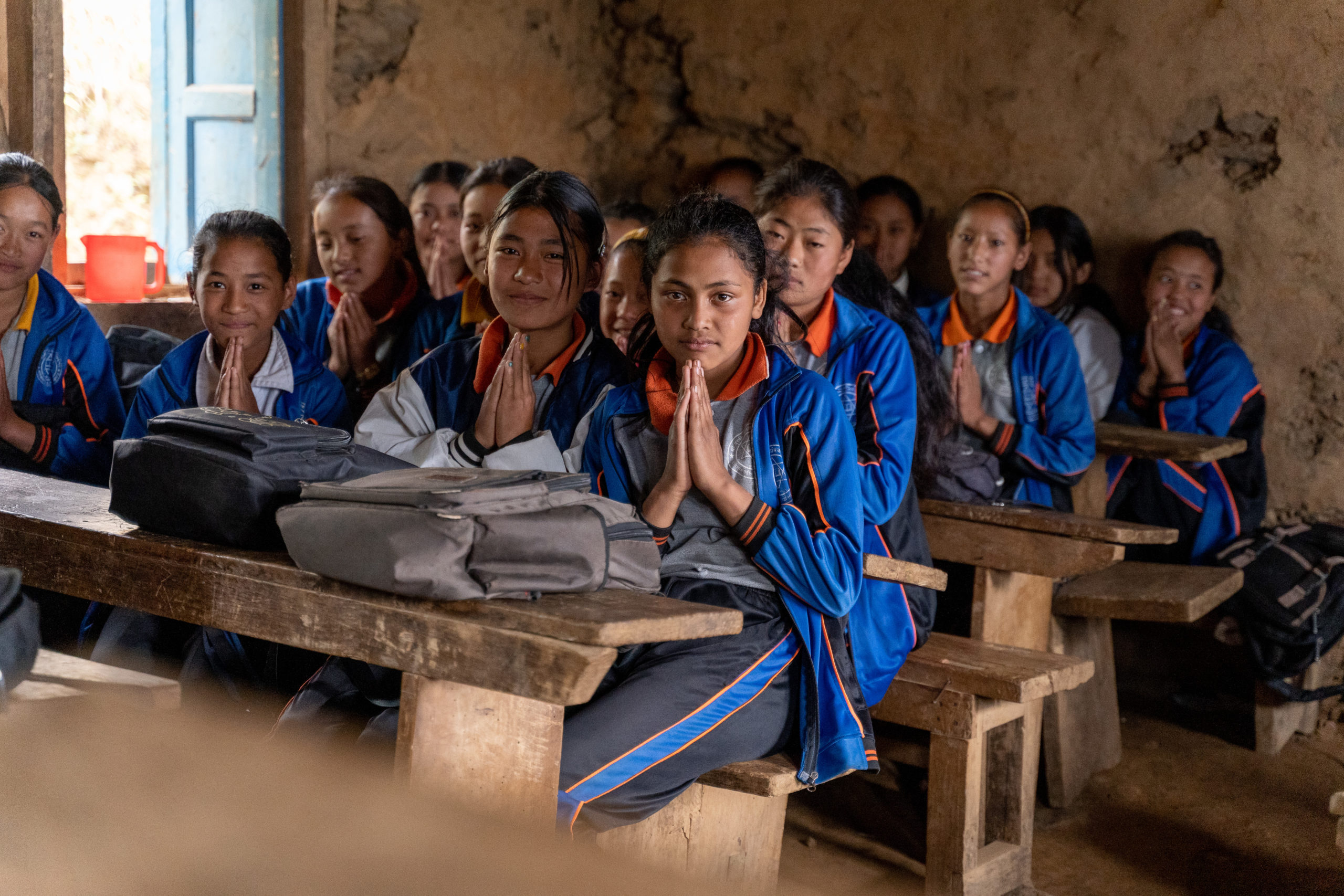 “As we have a large catchment area, we hope to attract even more students once we have a fully completed and new building structure with other facilities.”

Shree Prithvi’s students are incredibly excited to study in their brand new classrooms once construction is completed. Yunika Thapa, aged 16, said, “The old classrooms leaked water when it rained. It was also difficult when it was windy. There wasn’t enough light and we had to study in the dark. I think the new school building will be much better, we will have the opportunity to study in a good school. We won’t have to fear sun or rain. It will also have the provision of lights.

“We would like to thank the people who helped build this school, as we will soon get to study in the new classrooms.” 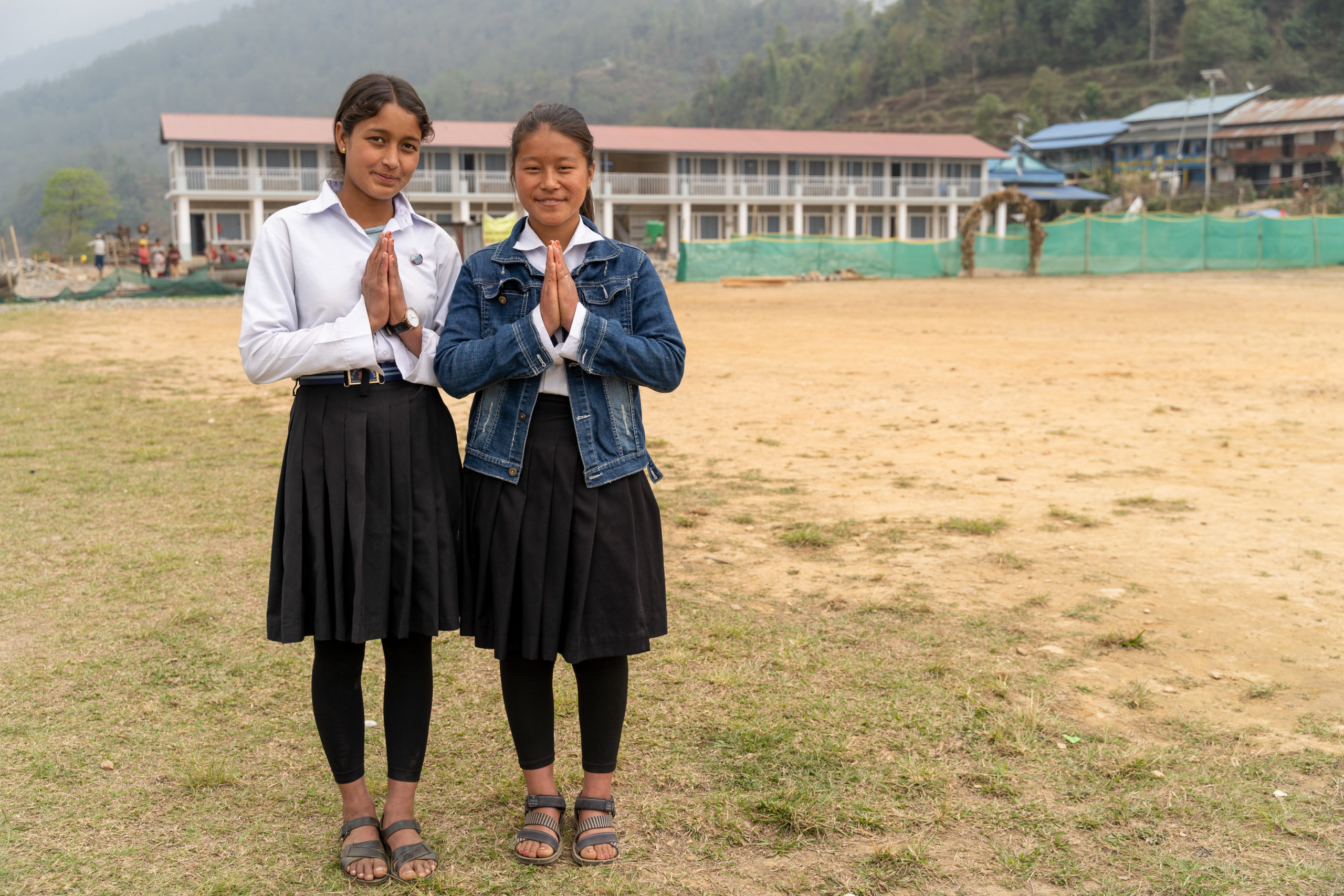 Shree Prithvi students in front of one of the newly constructed school blocks.