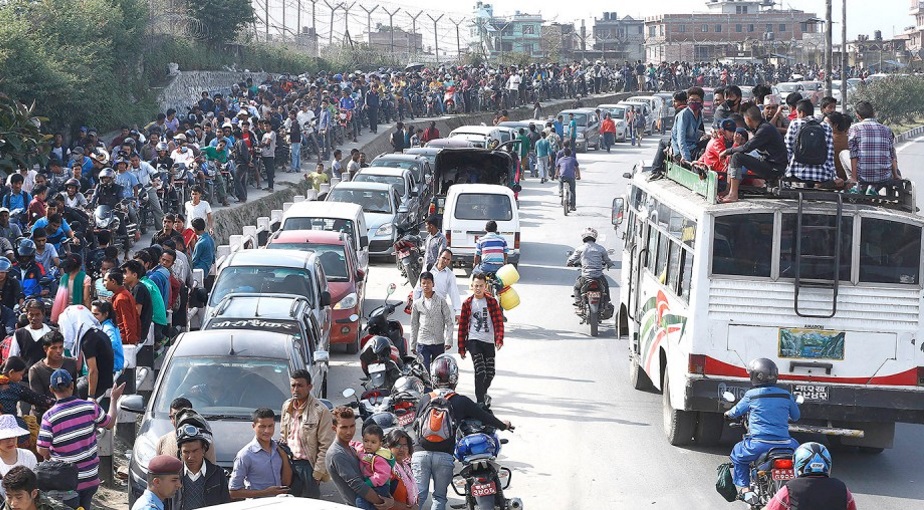 The ongoing trade blockade across Nepal’s southern border with India has caused delays to the Trust’s earthquake response.The situation has caused a severe shortage of fuel and construction materials, as well as other daily commodities supplied from India – Nepal’s largest source of imports.

All aspects of Nepal’s economy are suffering from the blockade. Industry and agriculture have faced heavy setbacks and there has been a severe reduction in transport movement. Schools, factories, shops and restaurants have been forced to close.

Our own Residential Home in Pokhara has resorted to traditional cooking methods over open fires to prepare food for its elderly Gurkha residents. 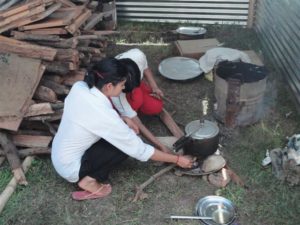 Of particular concern is the impact shortages will have on rebuilding the nation’s infrastructure and homes following this year’s earthquakes.

The majority of building projects had been scheduled to begin after Dashain – Nepal’s major festival – at the end of October when monsoon rains had subsided. However, a lack of resources has prevented many projects from starting.

A scarcity of essential resources, notably cement and diesel, has been accompanied by inevitable cost inflation at a time of exceptionally high demand.

The Trust’s Field Director, Lt Col Steve Whitlock, said: “Unfortunately, for as long as the border blockade remains unresolved, we will suffer a significant impact on the rate of our reconstruction work.”

What does it mean for the Trust? 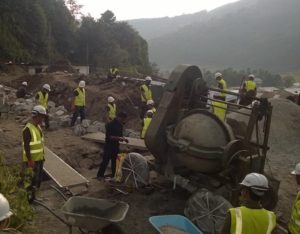 While some reconstruction projects have begun, many others face long delays.

Our staff’s travel on the ground has been strictly minimised to conserve fuel supplies, while our facilities have looked to alternative fuel solutions such as solar power.

The Trust still has reserves of medical supplies although they’re not inexhaustible and state health services are also suffering from the shortages.

While most of our pensioners in the hills rely on firewood as their main source of fuel, the blockade’s impact will be felt at every level.

Against a backdrop of impending winter, the outlook is currently worrying for logistics, food security, aid distribution, health services, education and shelter provision.

It is not clear when the situation will be resolved. The Trust will continue to make progress where possible as we also attempt to maintain our level of normal welfare services.

We’d like to reassure our many generous donors that their funds will be put to use as soon as possible, helping those where it is needed most.