A home for the winter 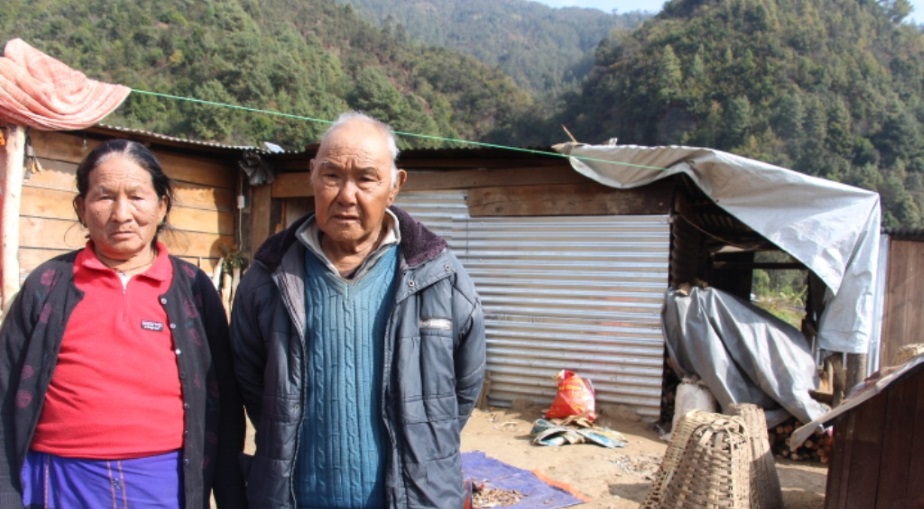 Dharamsing Tamang is a veteran of the Malayan Emergency and the Borneo Confrontation, little known conflicts of the 50s and 60s where Gurkhas provided the lion’s share of the British Army’s contribution.

There they reinforced their reputation as the Army’s most capable jungle fighters. As an anti-tank infantryman, Dharamsing risked life and limb every time he was on patrol.

In 1966, he left the Army after 10 years’ loyal service to rejoin his wife, Doma, and their two small girls. On returning home to Nepal, tragedy struck as they walked from Dharan to their remote village in Okhaldhunga District. Doma recounts:

“We were trying to cross the Thotne River with all our belongings when our 3-month old daughter was swept away… Our cash savings were also ruined by the water.”

The couple had further children and led a difficult life trying to provide for the family. Over the following years, they would lose their house to a fire and a further four children to accident or illness. 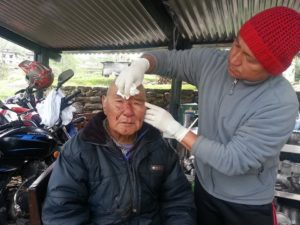 Dharamsing and Doma eventually found themselves at their present location in Jiri district, where they hoped to find some peace in their old age.

When the first earthquake hit on 25 April 2015, they were living in a rented room. Dharamsing explains:

“We heard a big noise and everything was shaking. We grabbed at the pillars in our room and ran outside but the building stayed standing.

“We were scared so we slept in the local monastery for a week after that. When we returned, it was during the second earthquake on 12 May that I fell and cut my head while leaving the collapsing room.

“The Gurkha Welfare Trust treated me at their welfare centre but our room was completely destroyed. We had to sleep under plastic, next to a pigsty. It was a very hard time.”

Helping hand from the Trust

Having discovered them living under these appalling conditions, the Trust’s staff moved them to their present location, providing support and materials to build a temporary shelter.

The plot is owned by a kind-hearted neighbour, Mrs Rasmaya Jirel, who’s taken the couple under her wing. She’s even agreed to donate land on which GWT can build a new property for them.

Dharamsing is 80 and his wife 78. Both are weak with age and barely able to fend for themselves. They want more than anything to be able to have a house of their own in which to live out their remaining years. 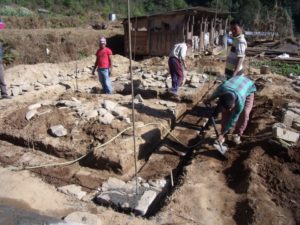 The Trust’s earthquake response is finally about to make that dream a reality. Their house is currently being built and the couple will soon have somewhere warm to spend the winter.

However, there are around 1,700 Gurkha veterans and widows like Dharamsing and Doma who still need our support. Please help us to repay their loyal service.