From jungle warfare to a peaceful village life 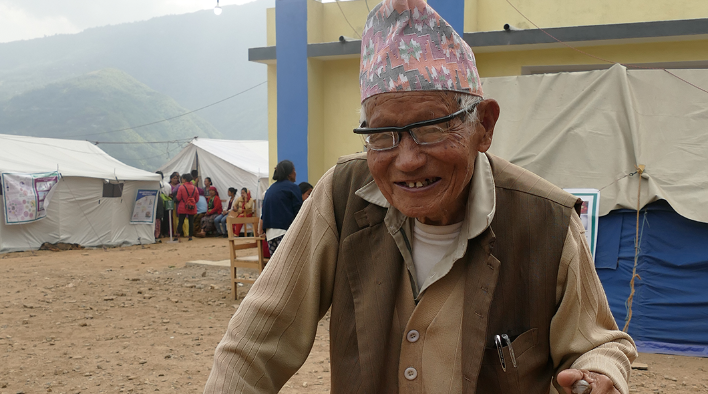 When World War Two finished Bhim resigned from the Army due to personal reasons and returned to his village in the east of Nepal.

Now 91 years-old he is proud to still be living in the village his father grew up in, and his grandfather before him. These days he shares his home with his wife, his sons and his granddaughter. We caught up with him recently at our Medical Camp in the region.

We provide free medical camps for communities living in the remote hills of Nepal. For many, this is the only medical assistance they receive. Bhim was attending our 101st camp in the country.

“It is very good because to come this far out and to give such a nice service not only to ex-servicemen but also to other people in need is very good. I am very happy and so are the people from this village. All the people got to see a doctor and the medical camp is free of cost.”

“I didn’t have much problem seeing far objects but I had some difficulty in seeing small, near objects. Now, after getting the glasses I can easily read and see close objects clearly. I don’t use these glasses every time. I only use it to read, write something and even to see the calendar. I also know the power of these glasses can be adjusted but so far, I don’t have to adjust anything. I am happy.” 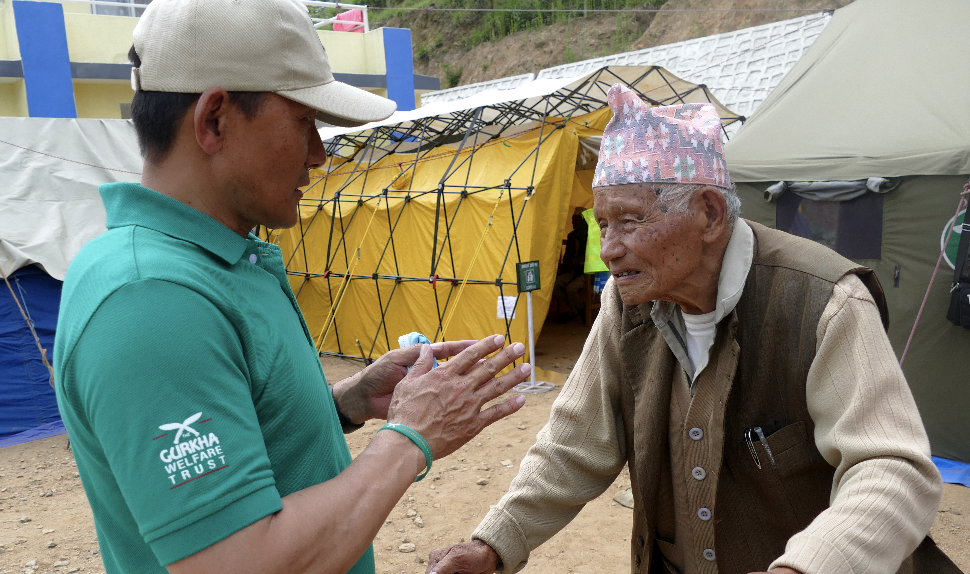 We helped them win the war and even celebrated together 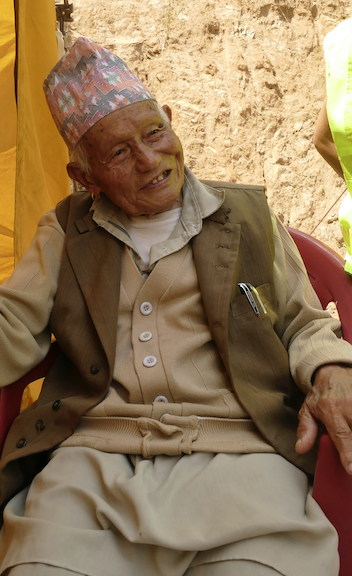 Bhim has also been a recipient of the Welfare Pension we pay to impoverished veterans, for just over ten years. With no other source of income, the money he receives from us is vital for his wellbeing.

“We are very grateful for the things you have done for us. When the British government needed us at the time of World War Two, where both the Germans and Japanese were attacking them, we went and helped them. We helped them win the war and even celebrated together, taking out a victory rally. I think because of that they are helping us in return.”