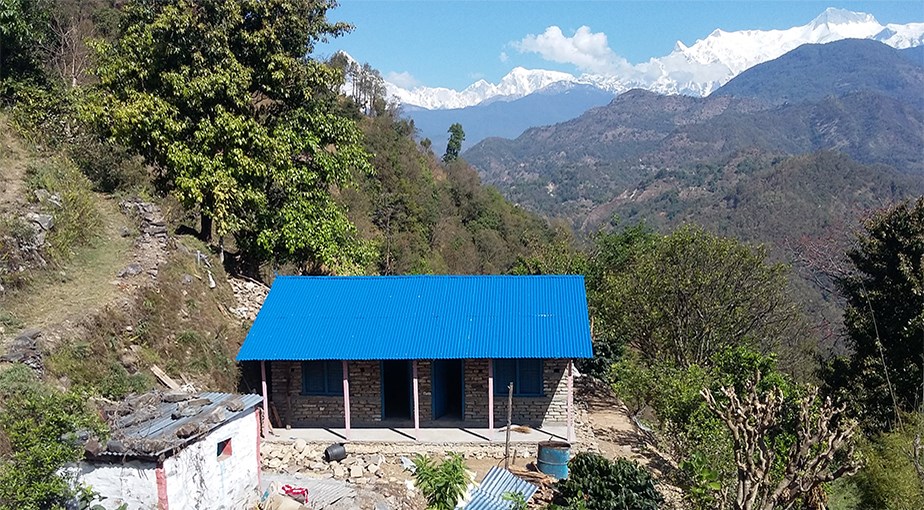 This week, we were excited to tick off another milestone in our earthquake response as the 400th Gurkha home was completed.

That’s 400 veterans or their widows who now have somewhere safe to live after last year’s devastating earthquakes reduced their old homes to rubble.

It puts us one third of the way to rebuilding all of the 1,200 Gurkha homes that were destroyed, which we hope to achieve by June 2017. In fact, a further 380 homes have already begun the construction process.

Of course, we still have a long way to go and we’re committed to rehousing all veterans and widows as soon as possible. However, we’re pleased that despite the many challenges – including the ongoing monsoon season – we’re making strong headway.

You can read the story of one of our newly housed Gurkha pensioners below, find out more about our home rebuilding programme or support our earthquake response today.

Karna Kubir Rai joined the Brigade of Gurkhas in 1975 and went on to become a Lance Corporal with the 7th Gurkha Rifles.

In 1982, he deployed to the Falkland Islands with his battalion and was among the first troops to enter Port Stanley when Argentinian forces surrendered on 14 June 1982. Karna Kubir is photographed below (left) with comrades from 7GR in the Falklands. 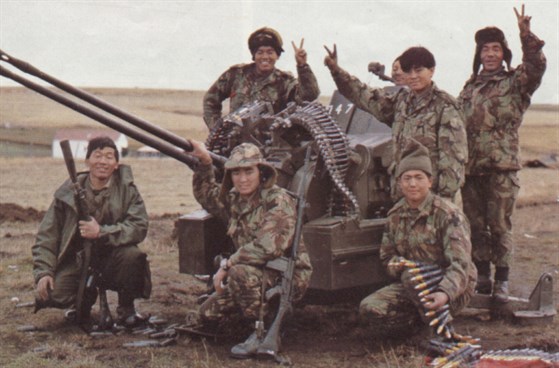 In 1986, he was discharged from the Army and returned to his village in Okhaldhunga District, eastern Nepal. Today, we support Karna Kubir with regular financial and medical aid – notably a Welfare Pension of 10,000 Nepalese rupees (about £72) per month.

The major earthquake of 25 April 2015 left his mud-and-stone house severely damaged and unsafe to live in. Our team provided a temporary shelter and oversaw the build of a new, earthquake resistant home.

On 25th April 2016, one year to the day after the earthquake which left him and his family homeless, Karna Kubir moved in to his new home (below).

When informed that the generous donation that funded the build was from a Naval Officer who had also been involved in the Falklands campaign, the former soldier became visibly moved. He has asked us to pass on his heartfelt thanks to the Officer and all those who make our support possible. 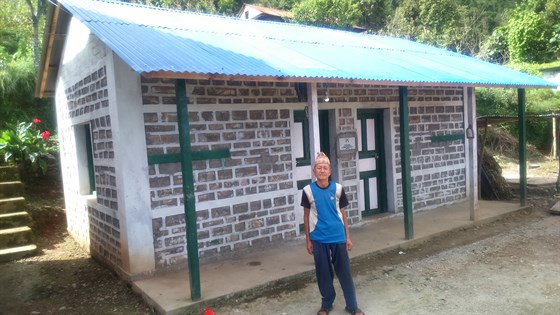