VJ Day: what it means for our pensioners 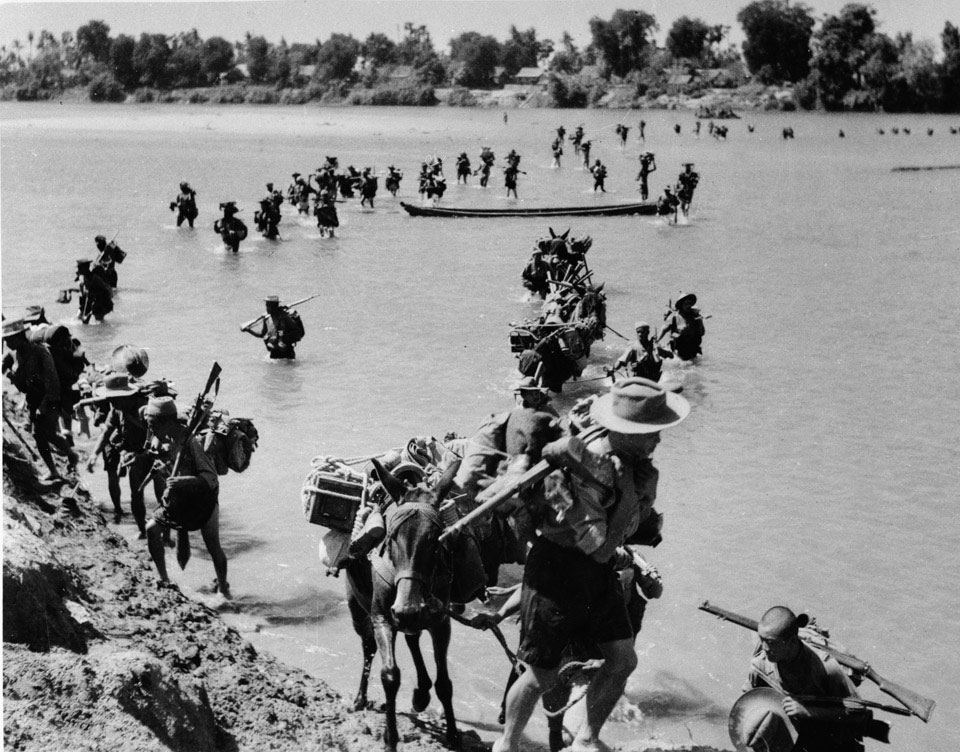 This month marks a significant anniversary for many of our Gurkha veterans, precisely 70 years after Japan accepted the terms of the Potsdam Declaration on 15 August 1945.

Despite the ultimate influence of factors such as the atomic bomb and Axis capitulation in Europe, Victory in the Pacific was long in coming and hard fought, deep in enemy territory where resources were stretched and the terrain unforgiving.

Gurkha action in the Eastern theatres

Gurkha troops played a key role in the Eastern theatres of war, making use of their unique martial skillset to harry the enemy whilst on the move, most notably in South East Asia. In his book Britain’s Gurkhas, military historian Brig Christopher Bullock estimates that around 35,000 Gurkhas fought in Burma alone. Indeed, 22 Gurkha Battalions and two Gurkha Para Battalions received the Battle Honour “Burma 1942-45”.

Nine VCs were awarded to Gurkha regiments in Burma alone

An incredible nine Victoria Crosses were awarded to Gurkha Regiments for acts of valour in Burma, with seven going to Nepalese soldiers (more than half the total number of 13 awarded to Nepalese Gurkhas). Many Gurkha heroes of the Pacific left the army soon after the war’s conclusion to return to Nepal, where they faced poverty and hunger without the support of a welfare state. Some of those heroes live on today, with the help of the Trust, as Welfare Pensioners.

Our Welfare Pensioners – a personal connection

Ex Cpl Chandra Bahadur Garbuja is one such man. Having fought with the 3rd Gurkha Rifles Regiment in Burma, he was one of the unfortunate number trapped on the wrong side of Sittang Bridge in February 1942. Captured by the Japanese, he was sent to the infamous PoW camp in Rangoon and spent nearly three years suffering its horrors. Eventually he was able to escape and smuggle intelligence back to the Army HQ in Manipur. By this time the war was nearly over and Chandra soon returned to his home district of Myagdi, where he grew old working in the fields. Chandra remembers the deep relief of learning that the war had ended, knowing that he would not risk returning to the horrors of Rangoon. 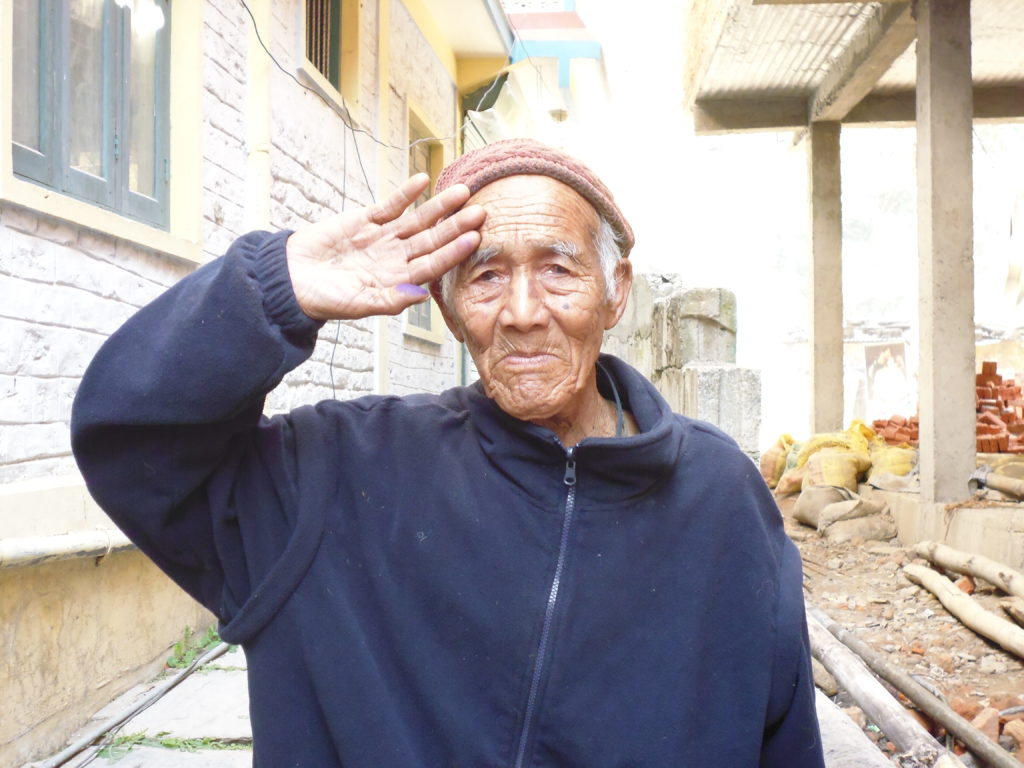 Another of the Trust’s pensioners that played his part in Victory over Japan is ex Sgt Budhibal Gurung, who served in Burma with 8 Gurkha Rifles. One day, during a recce patrol near Manipur, his company came under heavy fire from an enemy ambush. They fought fiercely, none more so than Budhibal who drew his kukri after exhausting his ammunition and took the fight to the Japanese, killing over a dozen soldiers. He was awarded the Jangi Inam – a medal for exemplary bravery – for his fearless display in that action. Today, this decorated hero’s situation is precarious, living in a schoolyard home with his son – the school caretaker. He strongly relies on the Trust’s support to remain afloat. 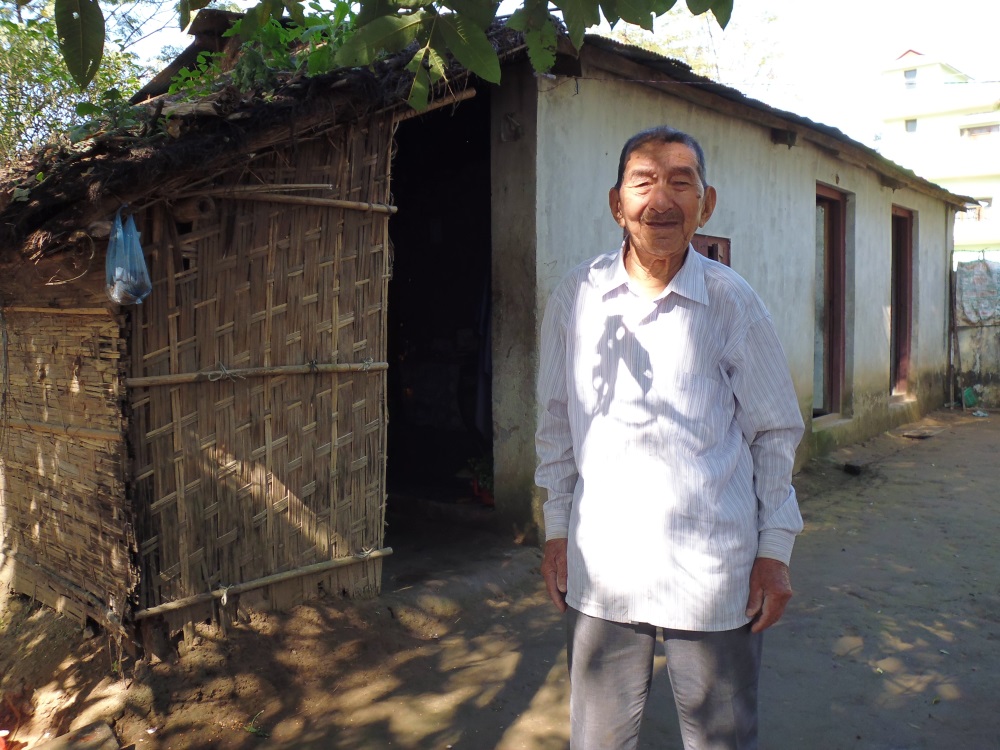 Our debt of honour

Victory over Japan day effectively represents the true ending of the Second World War. Men like Chandra and Budhibal were among the countless thousands that fought, suffered and died to ensure that the Allies emerged triumphant. To help us repay our debt of honour to such men and their widows that are under our care, please donate today. 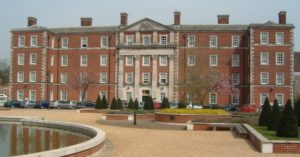 The Museum is currently running a special Gurkha 200 exhibtion until 6th September 2015 – telling the story of 200 years of rich history through 200 objects. Visit their website for further information. 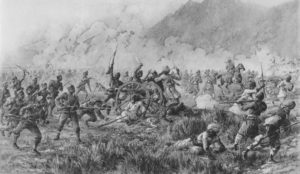 To discover more about the legendary Brigade of Gurkha’s 200 years of service, check out our interactive timeline.