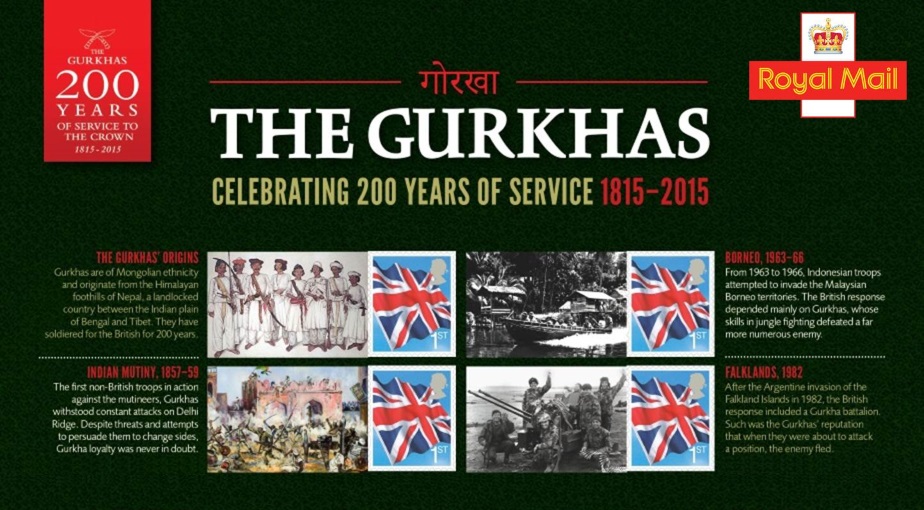 What’s it all about?In honour of the 200th anniversary of Gurkha service, the Royal Mail, with support from the Gurkha Museum, has launched a commemorative sheet of stamps tracing the history of this famed fighting force.

Gurkhas have played a vital role in British military operations all over the world since the first Gurkha regiments were raised in the Himalayan foothills in 1815. This latest sheet follows the release earlier this year of a special edition stamp portraying Rifleman Kulbir Thapa, first Nepali winner of the VC.

What does it include?

Each pack illustrates the rich history of the Brigade of Gurkhas from 1815 through to modern operations in Afghanistan and the work of The Gurkha Welfare Trust.

The commemorative sheets include 10 Union Flag stamps and are part of a limited edition of 7,500.

Packs cost £14.95 (+ P&P) and can be purchased from the Gurkha Museum shop, with proceeds supporting the Museum’s work preserving Gurkha heritage.