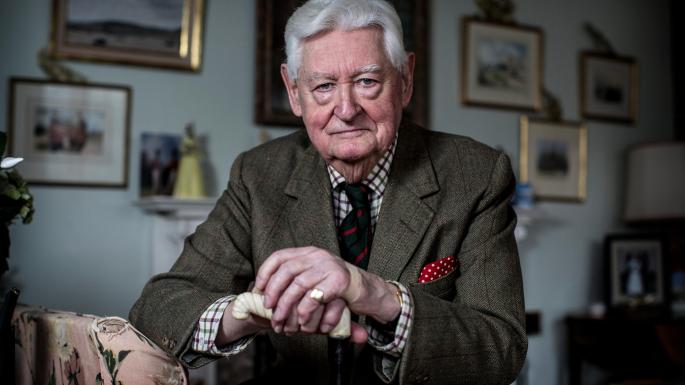 A friend of the Gurkhas

We would like to extend our condolences to the family of our Vice Patron Field Marshal Lord Bramall. An instrumental figure in The Gurkha Welfare Trust’s history, we were saddened to hear of his passing.

We were grateful to have Lord Bramall’s attendance at a 50th anniversary lunch at The Gurkha Museum earlier this year where many of our staff and peers were able to thank him in person for his continued and generous support of the Trust and our work.

Born in 1923, Lord Bramall rose through the ranks of the armed forces and eventually served as Head of the British military between 1982 and 1985.

From his time serving in World War Two until his retirement in 1985, he was part of almost every UK military campaign. For his service he was awarded an OBE, Military Cross, and also made a Knight of the Order of the Garter.