Gurkha widow Nau Gurung requires a constant feed of oxygen via a nasal canula. This used to be problematic for the energetic octogenarian as the tanks were very cumbersome leaving her house-bound.

Our medical team have been able to provide her with a new modern oxygen concentrator which is considerably lighter and has a longer hose, allowing Nau the freedom she needs. 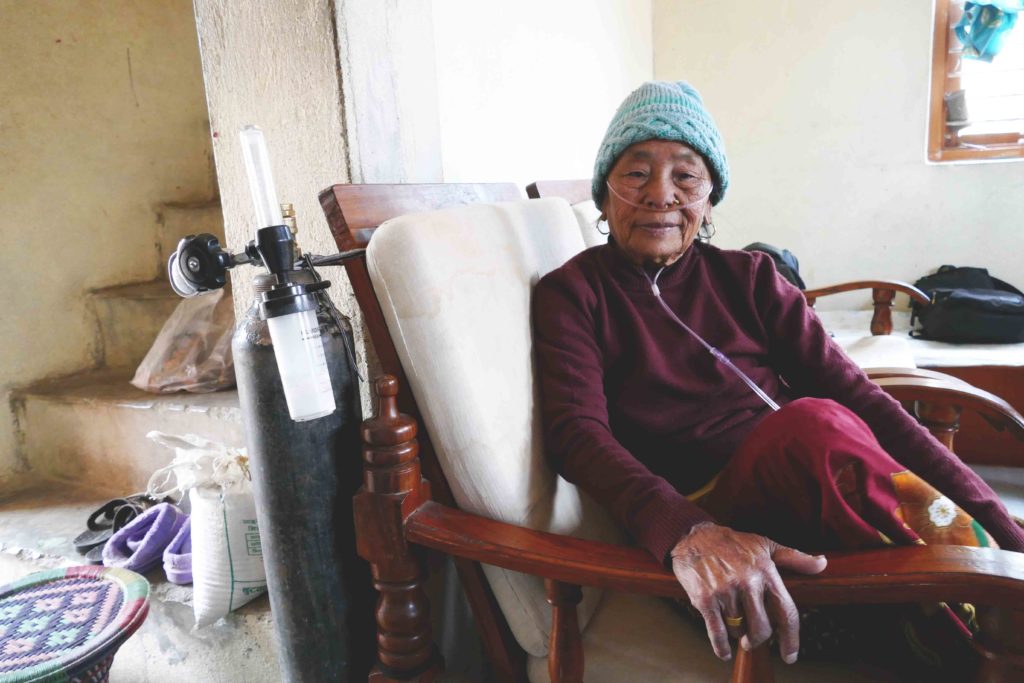 Nau has had to regularly use oxygen for around four years, but she hasn’t let that slow her down. Her son explains:

“As a child, I used to see other adults taking rest but not my mother, not even for a while. But those aunties, mother’s sisters… eventually, they got sick all of a sudden and they all died one after the other. But since I remember, my mother has been the same from the very beginning. Her will power is very strong and that is the thing which has been driving her till this age.”

“he never sits still. Even when she is sitting over here, she starts cleaning things. When she sees weeds and grass growing outside, from the window, she takes her oxygen pipe out of the window, goes out, wears it and starts plucking and removing those weeds and grass!”

Unbelievably, Nau has started to climb trees again now that she doesn’t have the old heavy equipment to hold her back. 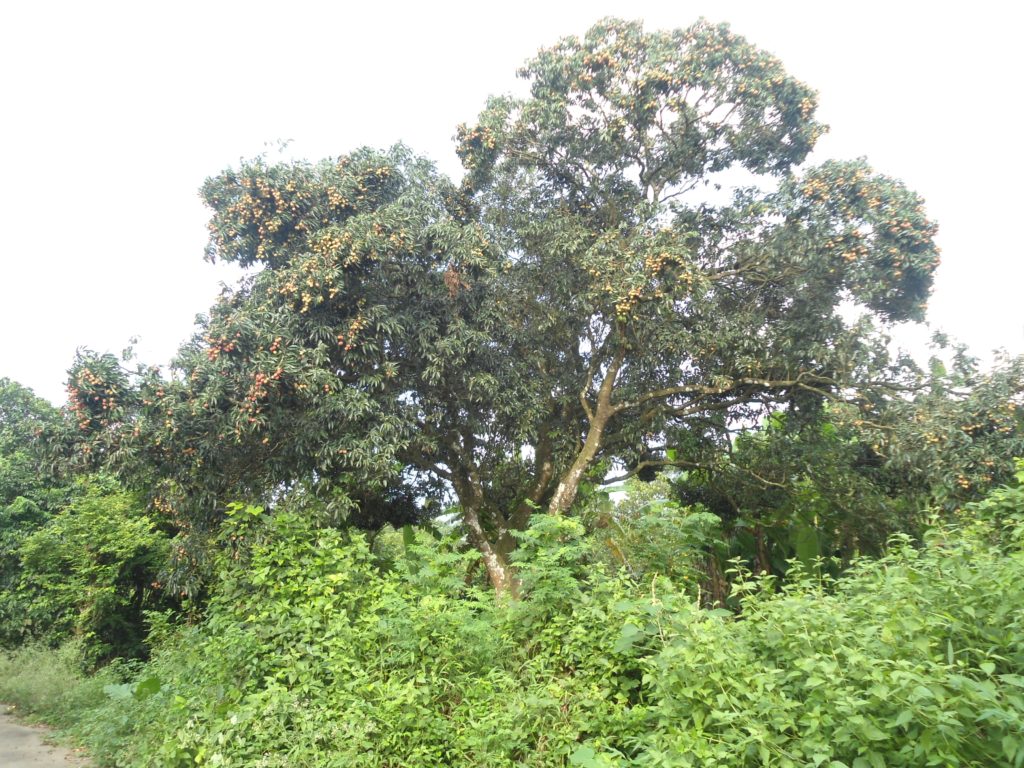 “Before, I used to climb trees, so I knew how to climb a tree. The tree was small, so I thought I could do it. There was a lychee tree which was covered by vines. If the vines were not removed then the tree would have died. So, I climbed up the tree and cut down the vines.”

As well as the new oxygen concentrator we also provide Nau with regular medication. Our team visit the family regularly to ensure that she has all she needs to live with the dignity she deserves.

The wife of a Gurkha

Nau was still a teenager when she married Gurkha soldier Chun Bahadur Gurung while he was on leave from the Army. Chiun served in the 6th Gurkha Rifles for 19 years from 1940 – 59. 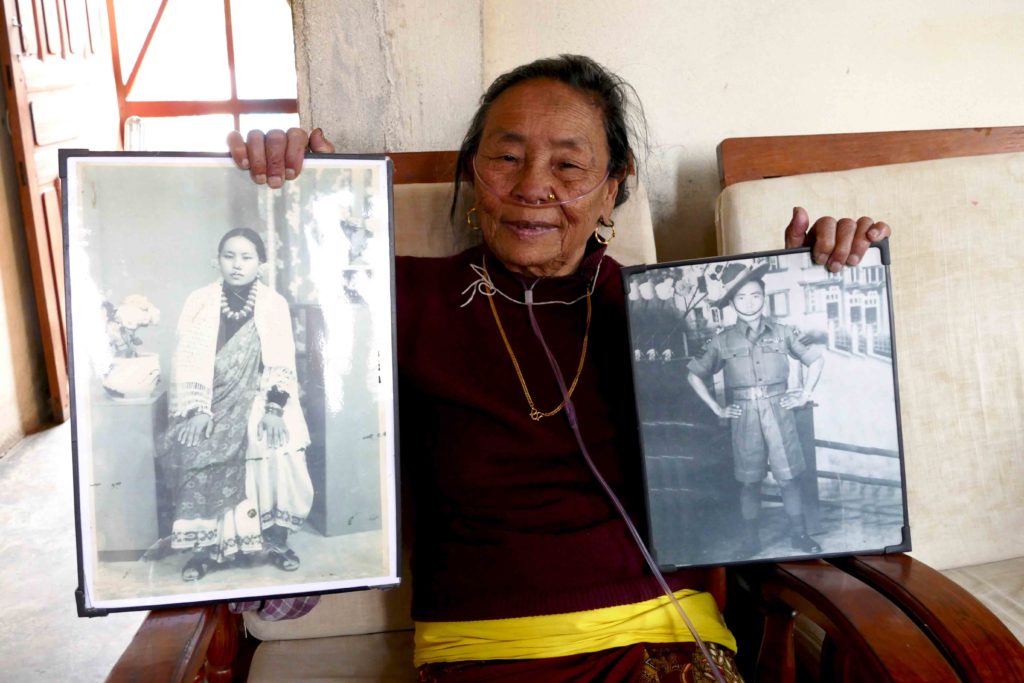 For a time, the couple lived in Malaya together while he served in the Army, before eventually returning to Nepal.

“I used to be very worried.”

“Luckily during the war, nothing happened and he came back safe.”

When Chiun left the army the couple worked in the fields.

“We raised cattle and used their dungs as fertilizers in the fields. We used to plant corn and millet. We used to farm and eat whatever grew.”

Nau recalls it being very difficult to get by:

The couple had 11 children together. Sadly, four have since passed away.

A proud mother, Nau jokes that these days it’s a full-time job just keeping track of her children:

“You start forgetting once you have so many kids! My eldest son who is serving in the Indian army is in India. My second eldest son works in a government office. He has to work in different parts of Nepal so he gets transferred from one place to another. Thus, most of the time, he is not here with us. My youngest son is a teacher. He stays here with me. His school is not very far from here. Then, I have my eldest daughter in law who looks after me. I also have a second eldest daughter in law who is currently live in her brother’s house as her brother has currently gone to the UK.”

After her husband Chun passed away Nau went to live in Pokhara, where she lives now. She followed two of her children there, who came here to study. They continue to live together today.

Though she benefits from being around local amenities Nau admits that it’s not the country life she knew growing up.

“When I was in the village I used to work in the fields. Over here, there is no field. We barely managed to buy this land. There is no field to work. There is a small land over here, but that’s somebody else’s. We asked them if we could plant some vegetables in that land and they agreed. So, sometimes I go over there and pluck weeds and grasses. We have planted greens right now.“

“All I can say is thank you. There is nothing I can give [GWT supporters] except blessings. You have supported sick people like us and looked after us. I want them to excel in what they do, that is my blessing.”