The Country That Shook 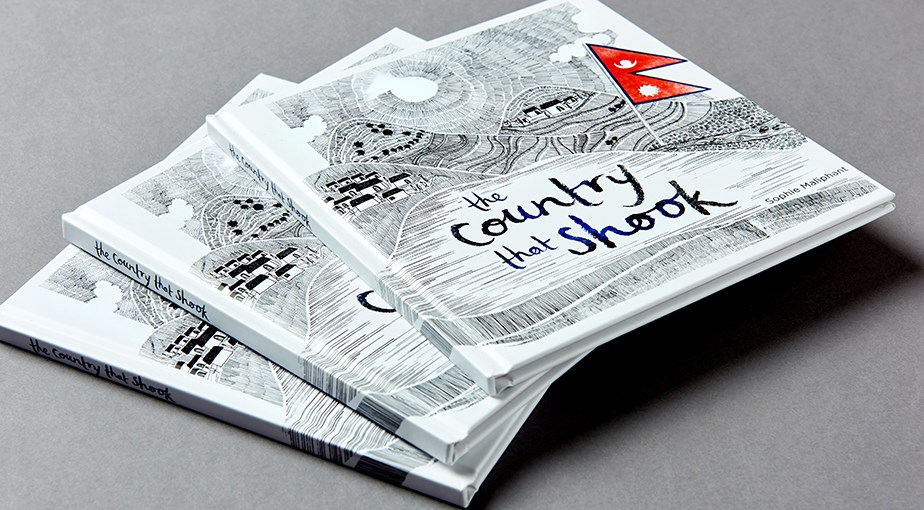 Sophie Maliphant was in Nepal on 25 April 2015 when the terrible earthquake hit. Now she’s doing her part to help us rebuild the country.

Staying in Pokhara, in western Nepal, Sophie was lucky to avoid the extensive damage suffered in Kathmandu and many remote areas. Though she left the country shortly after the quake, the experience of sharing the country’s fear and pain stayed with her.

As she travelled from Nepal down to India, Sophie came up with a plan to help the country using her professional experience. A talented graphic designer, she decided to write and illustrate her own children’s book.

As her travels continued, Sophie shaped her story and illustrations through journeys in Sri Lanka, India, Japan and South Korea. The book tells the story of Shanti, a little girl in Nepal who goes exploring to find out the cause of the earthquake – with surprising results.

Having finished drafting the book, Sophie launched a Kickstarter campaign to raise money for its production.

Support for the initiative was overwhelming and in total over 100 backers helped her surpass her target. On reaching China she had the books and accompanying posters printed and eventually shipped back to the UK.

As a result of her campaign, all of the books and prints produced have already paid for by supporters, meaning that for every book sold now, 100% of the profits go to Nepal.

We’re delighted that Sophie and The Country That Shook have decided to partner with us. All money raised will support one of our vital school rebuilding projects.

Shree Rastiya Primary School is in Saamari, Nuwakot in the Bagmati area, not far from the epicentre. During the earthquake it sustained serious damage and classes have been taking place under a temporary shelter for over a year now. We’ll begin building a new 8-classroom school for the pupils this autumn.

You can purchase the book for £10 + P&P from Sophie’s website with all funds received going to the Trust. Also available are high quality prints and T shirts based on the book’s distinctive artwork.