In November 2017, Lieutenant Scott Sears from the First Battalion Royal Gurkha Rifles set off to break the record for the youngest person ever to reach the South Pole completely alone, unassisted and unsupported in an effort to raise £35,000 for The Gurkha Welfare Trust. 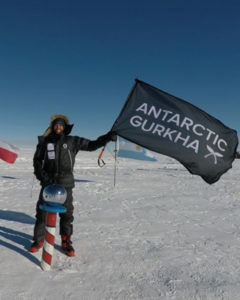 We’re pleased to say, in a true show of Gurkha grit and determination he made it, and with time to spare! Scott pulled his sled (which he named Bessie) and supplies for 38 days through 150mph winds in temperatures of -50°C.

His 702-mile trek ended at the South Pole on Christmas Day, more than 12 days sooner than he’d previously anticipated.

On Christmas Day, the day that Scott reached the South Pole, he expressed his gratitude to everyone who supported him along the way:

“Merry Christmas from the South Pole! Absolutely chuffed to pieces. After 38 days, Bessie and I have made it the pole and officially broken the world record as the youngest person ever to have reached the south pole solo, unsupported and unassisted.”

Scott and his trusty sled, which he named Bessie 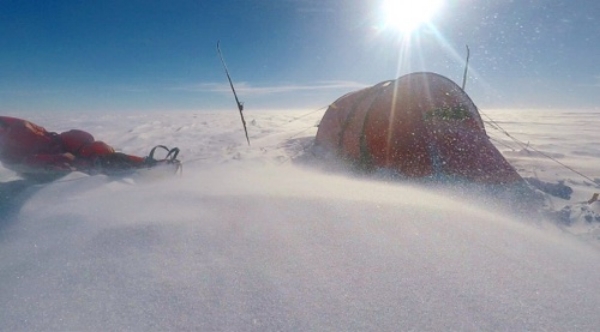 The tent that Scott carried and slept in

“Thank you to all of you! I never could have expected the support and engagement we received on this trip. It really has meant the world and some of the messages that have come through have been deeply inspiring.”

There’s still time to sponsor Scott and congratulate him on his epic achievement. If you’d like to donate, please visit his JustGiving page.