Preparing for disasters with Team Rubicon

This event occurred before Nepal went into lockdown.

Nepal’s likelihood of natural disasters and extreme weather makes it a challenging country to live in.

We were pleased to welcome Team Rubicon to deliver emergency training to our staff across the country last month. They were kind enough to provide us with a write up of their trip:

On the 25th April 2015 a devastating 7.8 magnitude earthquake struck Nepal resulting in the loss of nearly 9,000 lives and causing almost 22,000 casualties. As local responders, including the Gurkha Welfare Trust, rushed to the assistance of those in need, the international humanitarian community was mobilising itself and en route to Kathmandu. Part of this cohort was Team Rubicon USA, a charity comprised of military veterans which had been augmented by a small team of veterans from the UK including former Gurkha soldiers. The knowledge, experience and cultural understanding these Gurkhas brought to the response effort was fundamental to its success and on return to the UK those who had deployed to Nepal formed the nucleus of what would become Team Rubicon UK (TRUK).

At the end of that year, TRUK helped to manage a shelter project in Gorkha to support those who had lost their homes during the earthquake. The team came across the village of Lapubesi, near the epicentre of the earthquake, where the school had been completely destroyed and children were attending lessons under a tarpaulin on the hillside. This was the impetus for Operation Nirman (in Nepali ‘to build’). The school was reconstructed with the assistance of a number of Gurkha veterans. Once the school rebuild was completed, the next task was to provide solar power so the children could use computers and the reconstruction of a micro-hydro system which had been damaged in the earthquake. When it was turned on in May 2018, it provided electricity for 3,000 people who had been using kerosene lamps to provide lighting since the earthquake. This operation was led by Capt. (Ret’d) Umesh Pun, MVO.

Whilst the final touches were being put to the operation in Lapubesi, Team Rubicon’s CEO, Richard Sharp, was visiting representatives from The Gurkha Welfare Trust in Nepal with Lt Col. Chris Darby, a former Commanding Officer of 2 Royal Gurkha Rifles, who was now a Team Rubicon volunteer. As a result of these discussions, a decision was taken to send a team from TRUK to work with the The Gurkha Welfare Trust in Nepal on a capacity building task in February 2019. This team visited Area Welfare Centres (AWCs) in Kathmandu, Butwal and Dharhan and trained GWT staff from across Nepal in incident management, urban search and rescue and medical response. 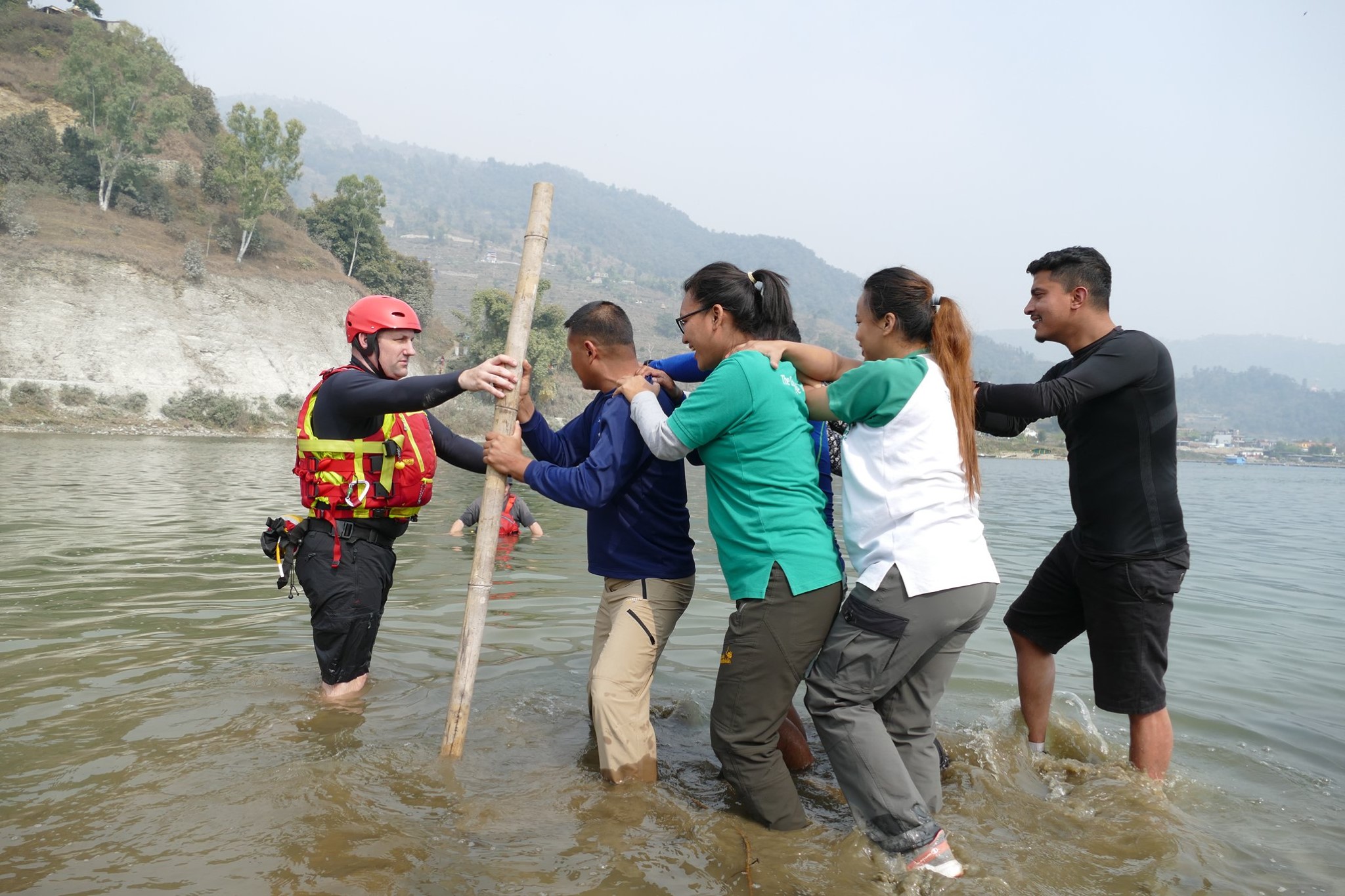 Based on the success of this first training deployment another training team deployed to Nepal in February 2020. The training team conducted training in Kathmandu, Dharhan and Pokhara with the addition this year of water safety training which saw GWT staff conducting rescues in the swimming pool in Kathmandu and from Fewa lake in Pokhara. The team travelled between locations by Land rover which opened their eyes to both the challenges and the incredible work being conducted in AWCs Diktel, Bhojpur and Chitwan. At the end of this deployment the team managed to fit in a trek to Annapurna Base Camp which proved challenging yet rewarding in full winter conditions.

Our experiences in Nepal have increased our understanding of the operational environment but more importantly we have developed working relationships and friendships within the GWT and we look forward to training together again and stand committed to respond should disaster strike.