“The Gurkha Welfare Trust was officially founded in 1969, but my association with Gurkha welfare started earlier than that.”

Lieutenant Colonel Keith Ryding tells us. He’s been a friend of the Trust for many years, supporting us in a multitude of ways. 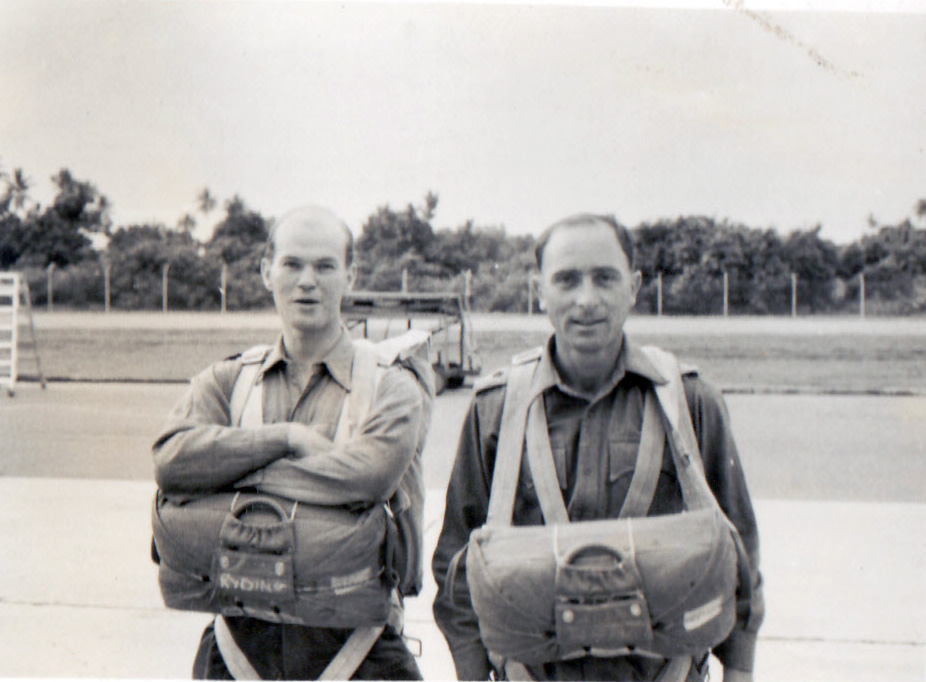 Captain Keith Ryding and Major John Cross ready to board a plane for parachute training in Malaya in 1967.

“As a member of the Gurkha Independent Parachute Company, I left Borneo to return to Malaya when Confrontation ended in late 1966 and a year or so later I became Adjutant of the Queens Gurkha Signal Regiment. The end of Borneo Confrontation triggered mass redundancies throughout the Brigade of Gurkhas, which reduced in size by about 50%, as many excellent soldiers were unwillingly sent back to Nepal.  Selecting men for redundancy, who had been close comrades in Borneo, was an agonising task.”

“The future welfare of redundant men caused great concern as most of them would have insufficient service to qualify for a pension, and I was therefore very pleased when the Commanding Officer (Able Dacre) returned from a meeting with the Major General Brigade of Gurkhas and told me about the launch of the Gurkha Welfare Appeal.”

“Every Regiment in the Brigade had been set a target of money to raise to ‘prime the pumps’ in order to raise £1 million.”

“I cannot accurately remember our exact target figure but I remember saying that I thought it a very large amount.  Able agreed but (typically) said we would double it.”

“My next appointment was in Nepal where one of my responsibilities was the welfare of pensioners in the east of the country.  We also processed redundant soldiers as they came through and many of them made it quite clear that they believed they were being badly treated.  In those pre GWT days, I had a small pot of money to help Service Pensioners who had suffered a disaster and it was quite common for an old soldier to arrive in my office to ask for help because his house, his family and all his land had been lost as a result of a landslide.  More often than not his only possessions were the shorts he was wearing. The fund I held was so pitifully small that the most I could give him was about £40 to help him re-start his life, and this experience of abject poverty really brought home to me the desperate need for the establishment of a proper system of welfare. ” 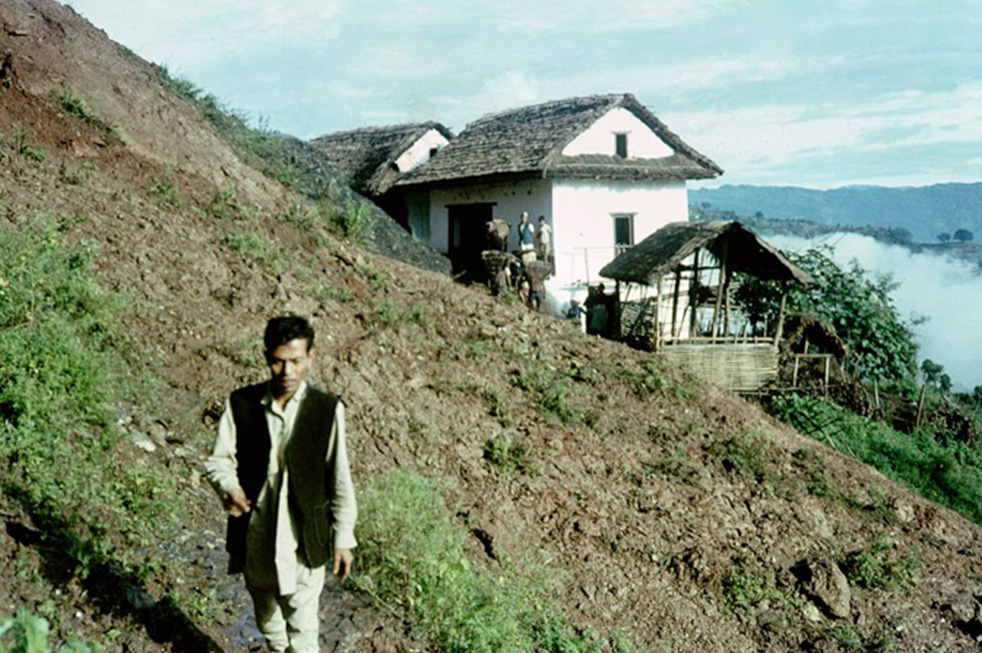 Landslide damage to a Gurkha veteran’s home in 1968. Photograph taken by Keith Ryding.

“In response to this need, the establishment of Area Welfare Centres began and I trekked (no roads at that time) to monitor their progress.  Each Welfare Centre was staffed by an Area Welfare Officer, an assistant and a medical pack holder.”

“Doctors in the hills were expensive and extremely rare, a visit to a doctor requiring many days trek.” 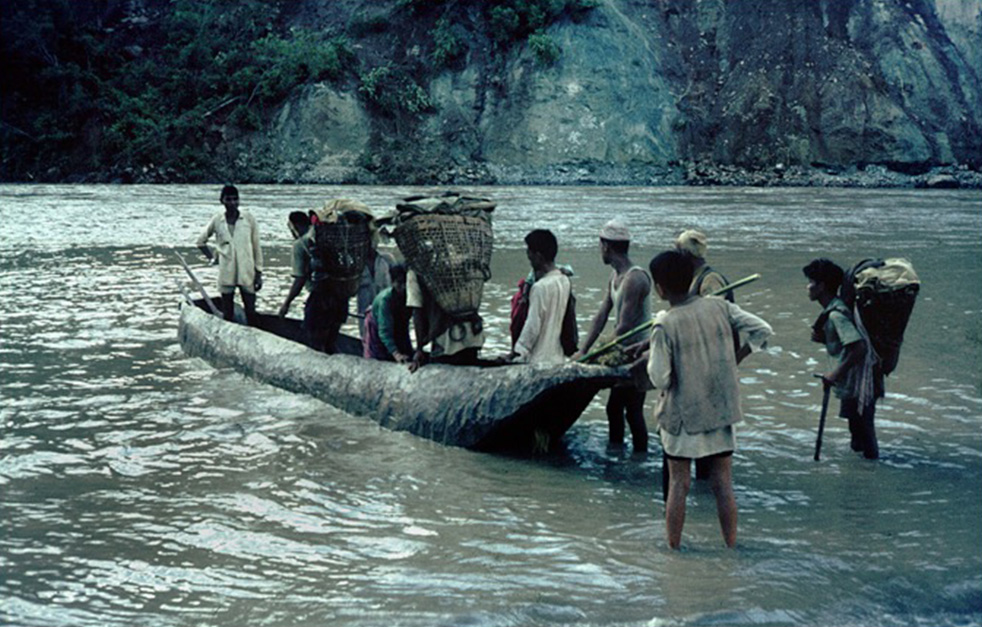 “Six-monthly meetings of all the welfare staff were held to update them and to distribute medical supplies.  One of the medical pack holders (Gumandhoj – I remember him well) trekked for 7 days to attend a meeting in spite of having a green-stick fracture of the tibia.  He had been called to a meeting and there was no question in his mind that he would be there whatever his circumstances.”

“In 1995 the late Lt Col Denis O’Leary OBE MC and I started what is now the Yorkshire Branch of GWT.  He was Chairman and I was the Secretary until, in 2002, he moved to Suffolk and I assumed both roles.  It has been a privilege and a pleasure to continue to work for the cause I believe in.

“The Gurkha Welfare Trust has been instrumental in helping to bring about some of the vast changes which have taken place in Nepal over the past 50 years.”

“However, there is still a need to maintain public awareness of the many problems and to raise money to alleviate the distress of thousands of ex-soldiers and widows, enabling them to live their lives with dignity.”

Celebrate the Trust’s 50th anniversary at the Gurkha Band Concert in Darlington. 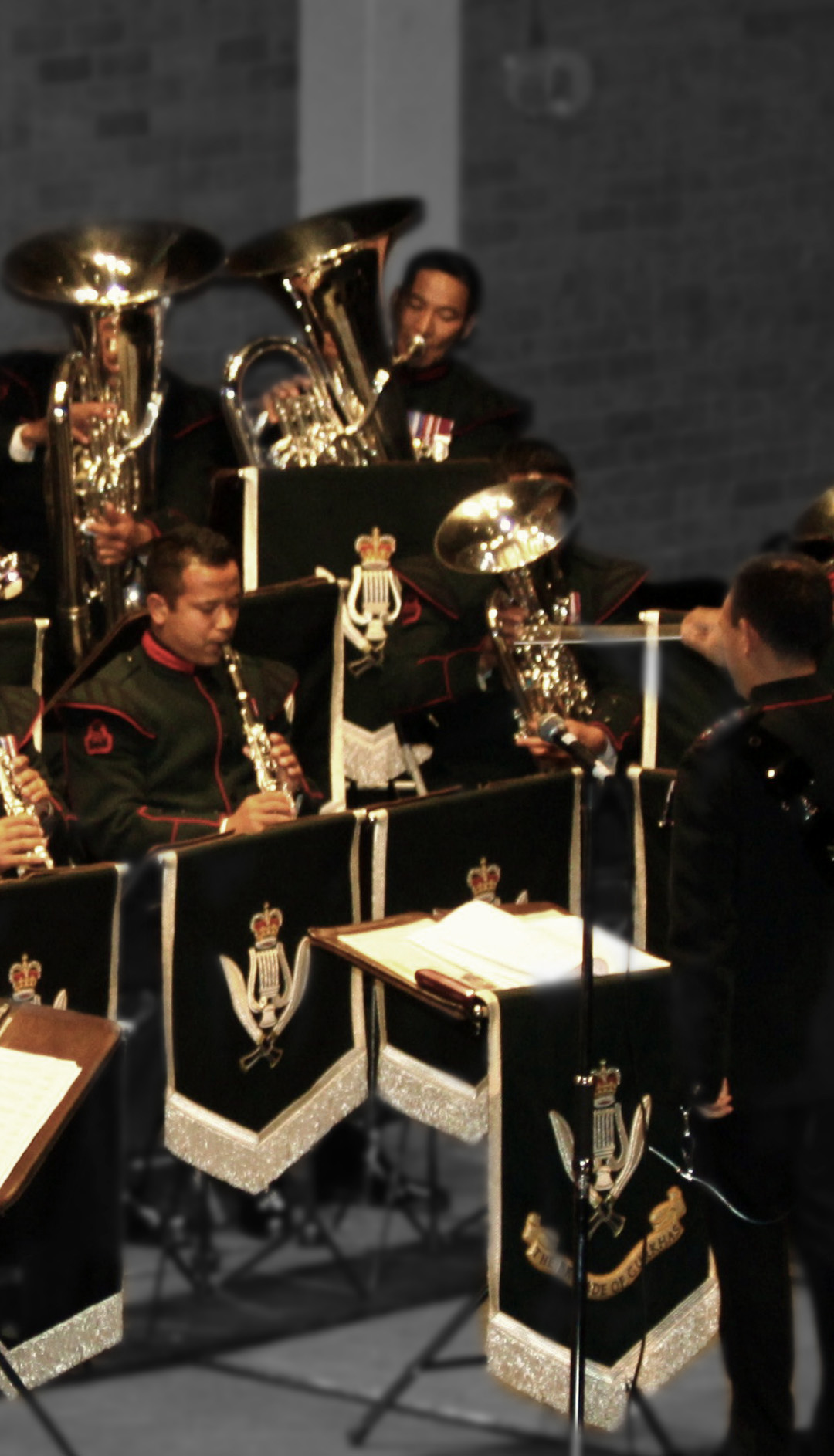 Join Keith Ryding and other volunteers from our North Yorkshire Branch at our annual Gurkha Band Concert on 12 November.

This year marks not only the 19th concert in the series but also the 50th Anniversary of The Gurkha Welfare Trust and it will therefore be an ‘all Gurkha’ affair featuring the Band and Pipers of the Brigade of Gurkhas.

Please help us celebrate this important milestone with the usual lively mix of western and Nepali music. Witness the intimidating kukri dance, as well as the skirl of the Gurkha pipes to quicken the pulse.