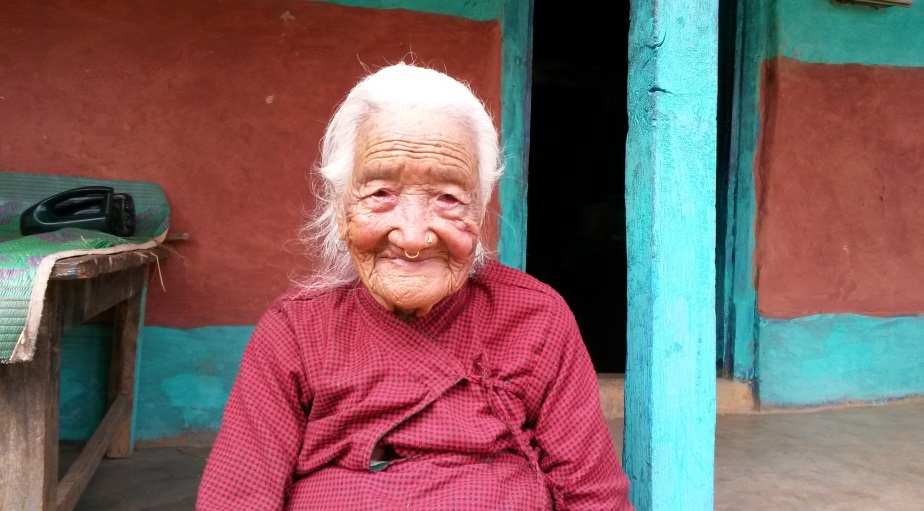 Setimaya Gurung is 107 years old, making her our oldest beneficiary. She was 99 and destitute when she approached us for help and was promptly awarded her pension.

As can be the case with elderly veterans and widows living in isolated Himalayan homes, she simply hadn’t been aware of our aid before then. It was a life-changing discovery.

Over half of Gurkha history

When she was born in 1907, the Gurkhas had already proven their worth in India, China and Afghanistan. Over the course of her long life, which has covered more than half the Brigade’s rich history, they have gone on to establish themselves as one of the finest forces in the world.

Setimaya now lives with her son and his family of 6. Despite the fact that she’ll turn 108 in November, Setimaya is reasonably healthy and still able to walk short distances.

Her son and his family till the land for a living and make enough grain to last the family for around half a year. They care for Setimaya but as subsistence farmers have no regular income. Her senior citizen’s allowance of just 500 rupees (£3) per month is all that Nepal’s limited welfare state can offer them.

As such, her GWT Welfare Pension of 7,000 rupees (£46) a month – increasing to 8,000 rupees from April 2015 – is the family’s main source of income. Her son collects it on a quarterly basis from their Welfare Centre which can take up to one and a half days to reach, depending on the weather. They are extremely grateful to the Trust for its support.

Setimaya’s late husband, Rfn Purnabahadur Gurung, had joined the 3rd (Queen Alexandra’s Own) Gurkha Rifles in 1940. According to his discharge papers, he left the Army in 1947 after 7 years of exemplary service, including action against Japanese troops in Burma.

Sadly, Purnabahadur passed away in 1963. Today, thanks to your support, we can ensure that his service is not forgotten by providing this vital lifeline to his family. 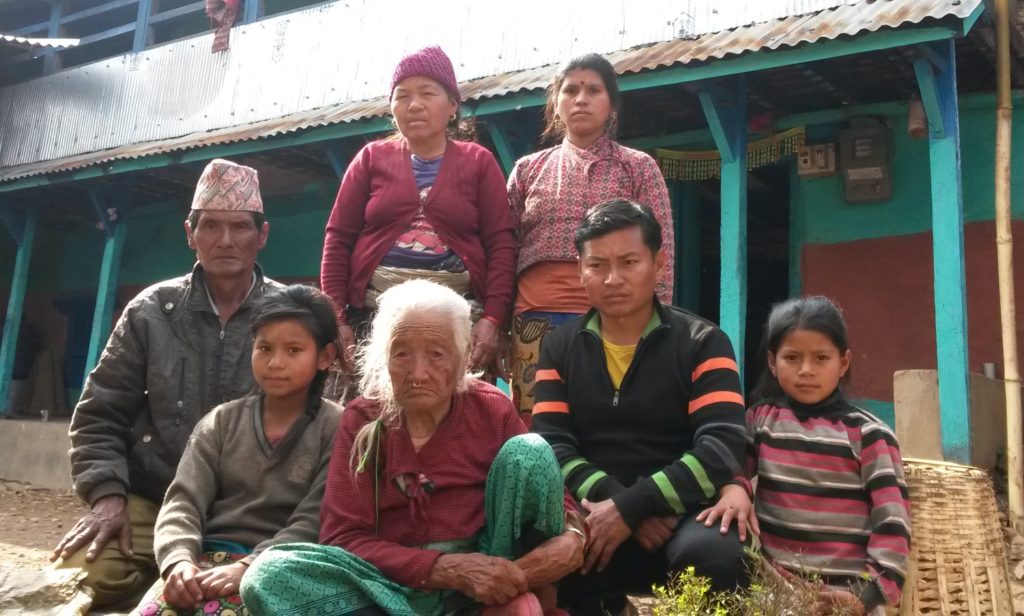