A once in a lifetime opportunity for Gurkha veterans and widows 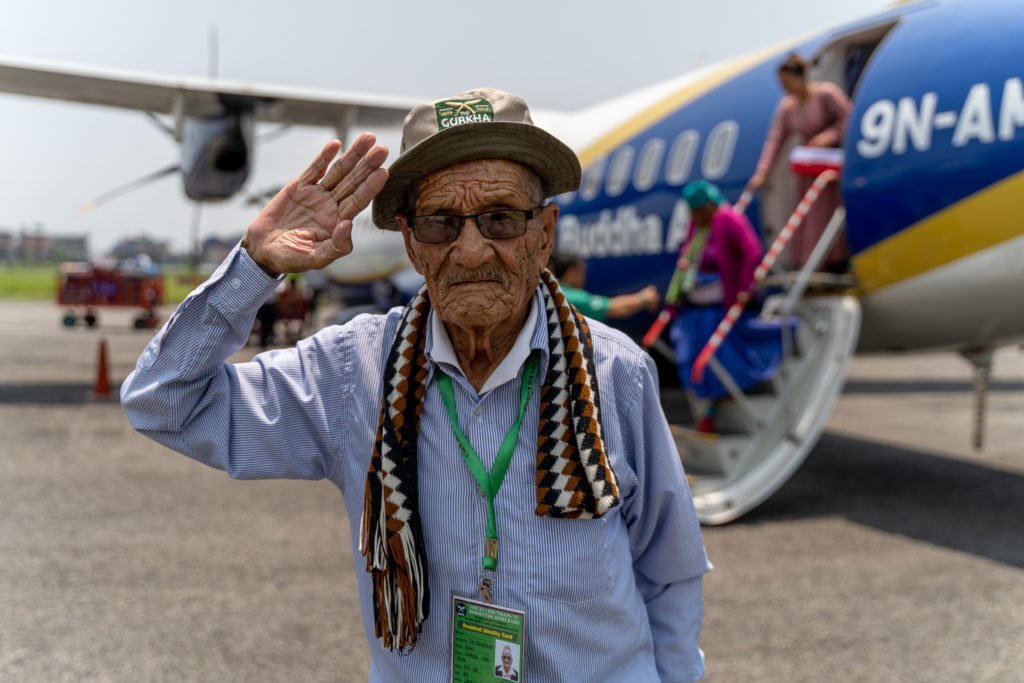 The saying ‘If you live long enough, you get to see everything’ has been true for me now.

Our two Residential Homes provide round-the-clock care to Gurkha veterans and widows who would otherwise struggle to live alone. With no comparable project in Nepal, they set the standard for care for the elderly.

Our home in the west of Nepal is located in Pokhara and in the east, in Dharan.

Our residents plan a big trip

Each of our Homes have their own resident’s committee who meet regularly to discuss the care they’re receiving and the activities our team have planned for them.

It was suggested at one of these meetings that many of the residents wished to see holy temples in Kathmandu. Most of the veterans and widows had heard stories of places like the Pashupatinath Temple, but had never had the opportunity to visit them in their lifetime.

Moreover, some of the residents in our newer Residential Home in Dharan had previously stayed in our first Home in Pokhara and so had friends there. An excursion with both Homes to meet in the ‘middle’ – Kathmandu – would be an excellent opportunity to reunite and to see the sights together.

A tourist trip to Kathmandu

A plan was put together and on 12 June pensioners from both Residential Homes headed off with a team of GWT staff to Kathmandu, the capital city of Nepal.

For the Gurkha veterans and widows from Pokhara this meant a bus journey but for those in Dharan a flight was required – a first for eight of the ten pensioners!

For the four-night excursion the guests were housed at the British Gurkhas Nepal Kathmandu camp – usually used by Gurkha recruits once they are selected in Pokhara, before they are flown to the UK for training.

For the veterans in the group the arrival at an army camp was an emotional one – having not visited a camp like that since their time serving in the Gurkhas. 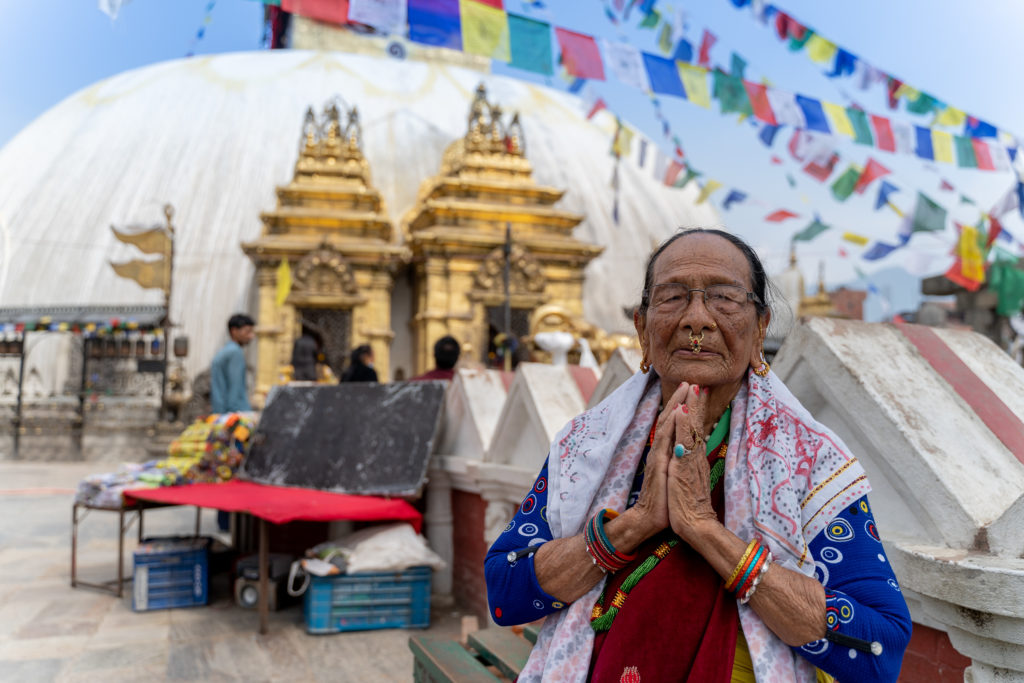 Day one – temples and palaces

The agenda was packed with activities – which the residents insisted on.

Because of the heat in Nepal, the team began their days early in order to finish by the mid-afternoon. At 7am the residents boarded two minibuses to their first destination, the Pashupatinath Temple. 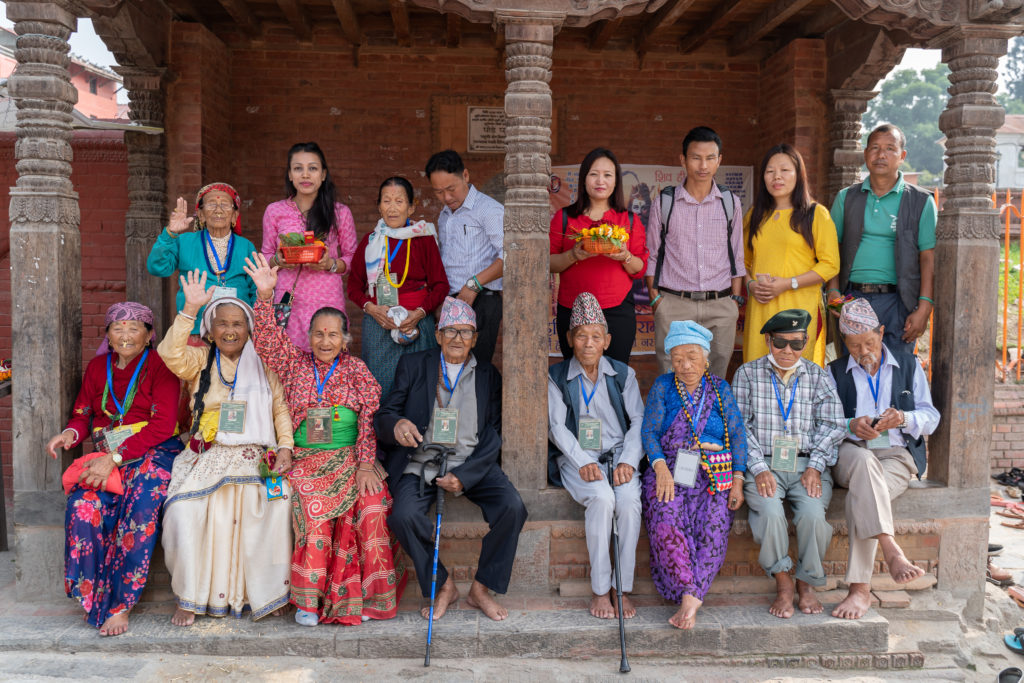 From there they headed to the Narayanhiti Palace where the Nepali king used to stay and rule the country. The palace has now been converted into a museum, which the guests enjoyed. They concluded their day with a visit to the Boudhanath Stupa.

Another early start as the group headed off to the Swayambhunath Stupa (also known as the Monkey Temple). The temple involves a short trek to the top but the residents were all determined to reach the Stupa and see the views.

Next up was the Chandragiri Hills – a temple located ontop of a hill there around 2,500m above sea level. To reach it the residents went in the cable car – a first for all of them!

“The gondola is so silent and is taking us to the top of the hill, it feels so good to see the green forest below us.” 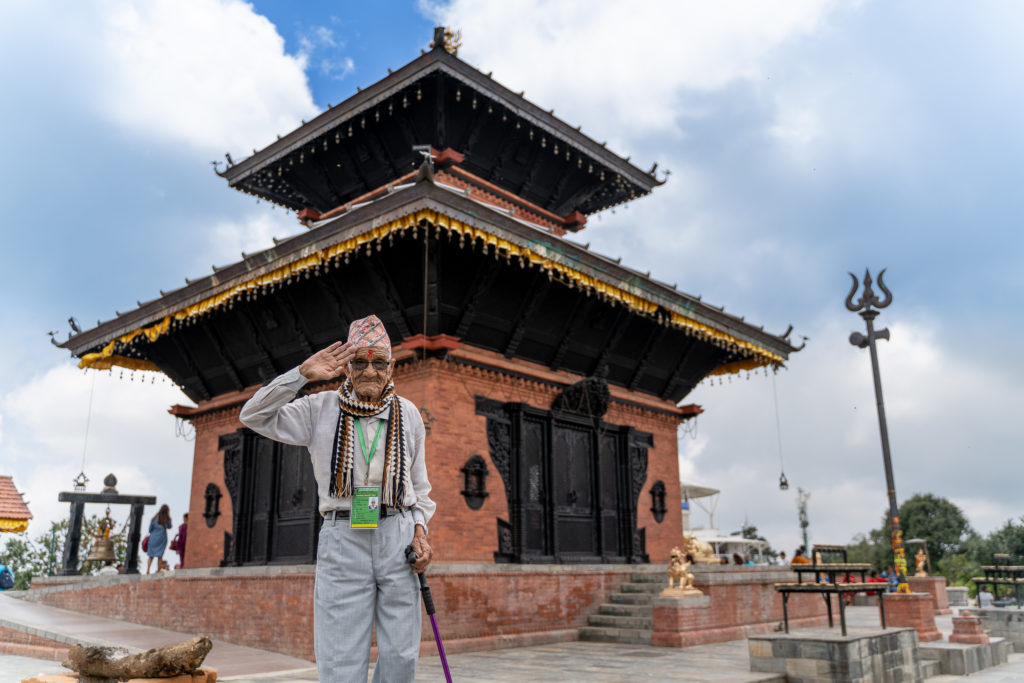 On the third day residents visited the Hanuman Dhoka gate and the Basantapur Palace at Durbar Square in the morning.

“My soul had been longing to go there – the GWT staff made it possible. I am very happy.”

Next they were keen to go to the zoo, specifically because they all wanted to see elephants. Worshipped by Hindus as a symbol of Lord Ganesha, many of the residents were elated to have an opportunity to touch an elephant’s trunk. 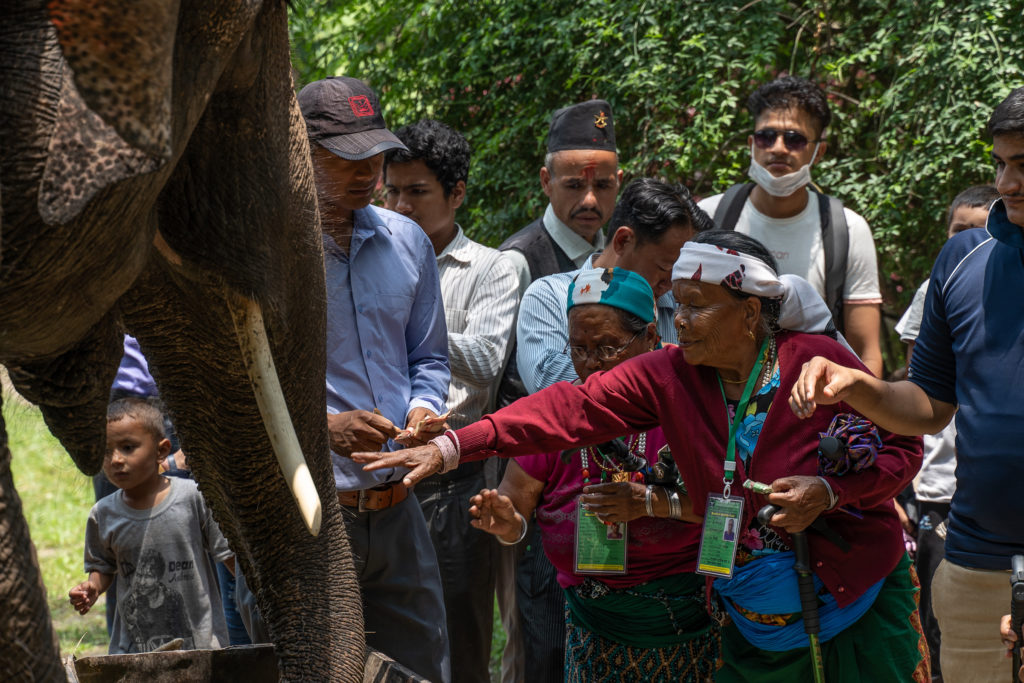 A speech from Rambahadur Limbu VC

The trip concluded with a meal, drinks and plenty of dancing in the mess at the British Gurkhas Camp. The guest of honour was the only living Gurkha with a Victoria Cross – Captain Rambahadur Limbu. Rambahadur was awarded the medal for his efforts in Borneo in 1965.

He gave a rousing speech to the veterans and widows before talking with them all afterwards.

“This is the first time that the residents from Dharan and Kaski have been brought together in one place. I feel very happy to be able to meet my brothers and sisters from the Residential Homes here in Kathmandu. I hope we continue to get the opportunity meet again. I have been to the home in Dharan which has been named after me. Everyone there is happy. They are in good health and have high morale. I would like to thank the staff who have taken good care of the residents and helped them live longer.” 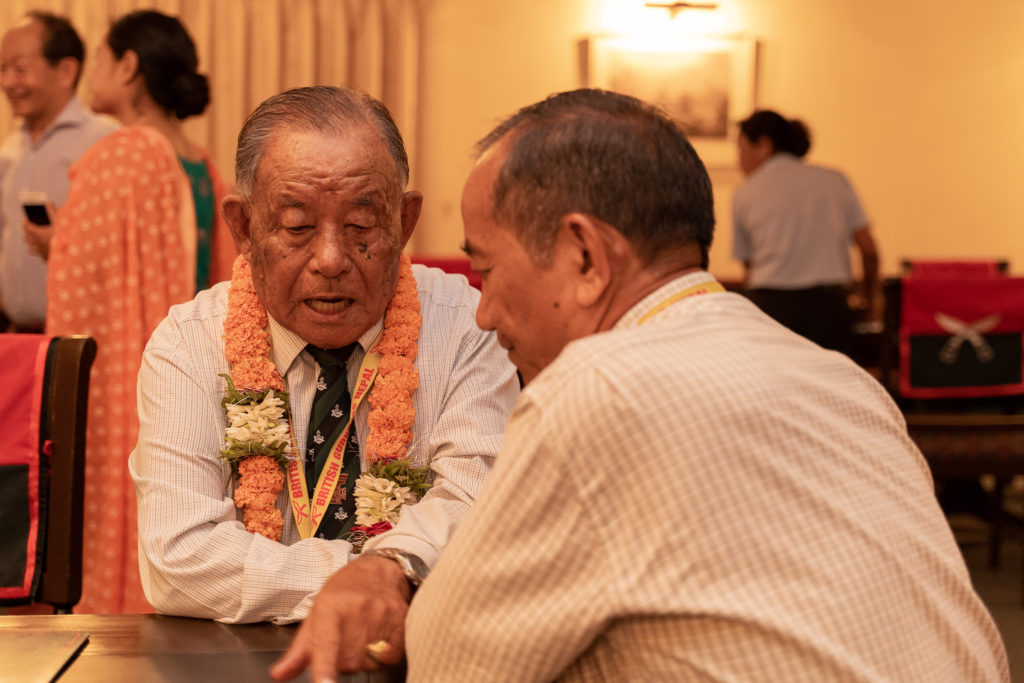 The trip in photos