The Last Overland – a Land Rover from Singapore to London

We are proud to be one of the nominated charities for the Last Overland expedition beginning later this month.

The Oxford & Cambridge Far Eastern Expedition – The First Overland – made history in 1955 by being the first to drive from London to Singapore. That young team inspired generations of adventurers through their extraordinary endeavour, showing many remote corners of the world on film for the first time.

Driving the original 1955 Series One Land Rover (‘Oxford’), this time, the team will forge the path through some of the densest jungles, highest mountains and most arid deserts on the planet, returning the car from Singapore to London.

The Last Overland Expedition will leave from Singapore on Sunday August 25th 2019, aiming to arrive in London 100 days later.

During their travels they will also be heading through Nepal – the home of the Gurkhas. We will meet the team and hope to introduce them to some of the brave Gurkha veterans we support – who are keen to cheer them on!

Raising funds for our work

The team are kindly raising money for causes on their travels, including The Gurkha Welfare Trust. You can donate and leave them a message of good luck here.

“We’ve been overwhelmed by the number of people who’ve got in touch to ask how they can contribute towards the costs of the Last Overland Expedition. We’re very grateful for the offer.

We wanted to harness that awesome goodwill from around the world to support an incredible cause close to our hearts – The Gurkha Welfare Trust. 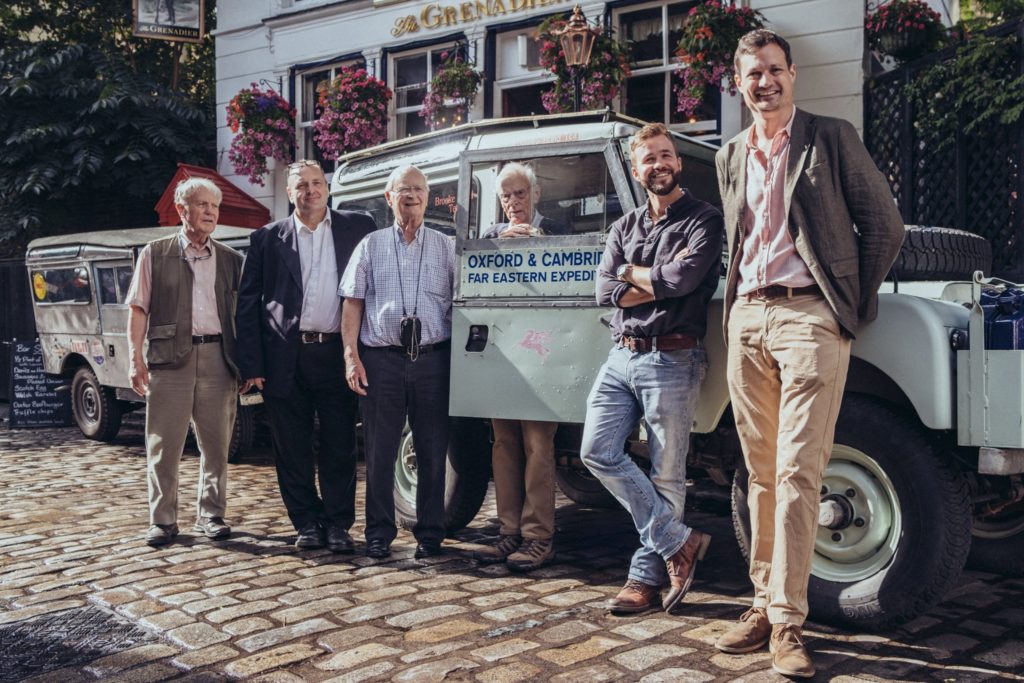 Tim [a member of the original expedition] had a formative life experience serving in the Royal Marine Commandos during his British Army National Service in the early 1950s, and recognised the role played by troops from across the world – but especially the Gurkha contingent from Nepal. I spent 3 years making a film about neglected veterans of WW2 who had fought for Britain, many of whom had come from Nepal. That’s why Tim & I are both keen to support Gurkha veterans who need that extra boost after leaving service.”