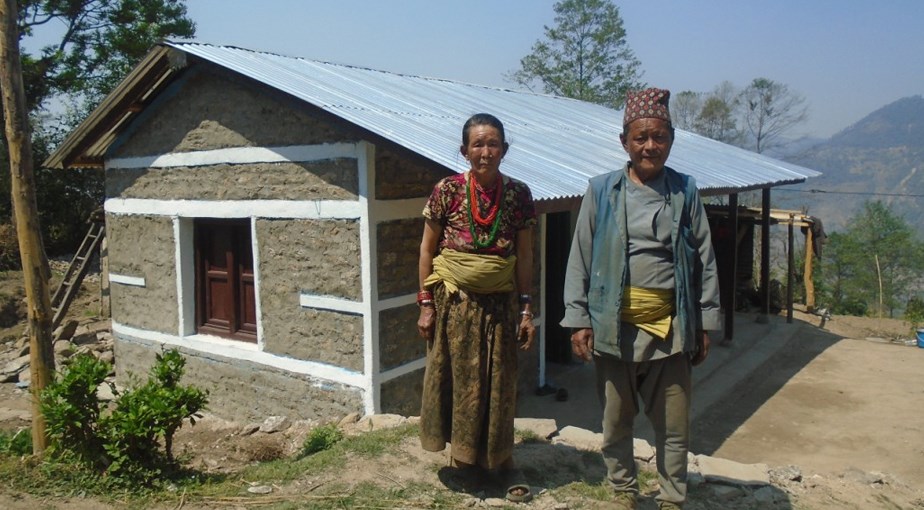 When the earthquakes struck in 2015, the impact on our Gurkha veterans and their families was devastating.

Much of the worst damage was sustained in remote Himalayan foothills, where many of our pensioners live. In total, over 1,700 of their homes were damaged or destroyed.

Since then, our team in Nepal has worked tirelessly to repair and rebuild houses damaged in the quakes.

Below, we’ve put together a guide outlining how our Gurkha homes are built to an earthquake-resistant standard. 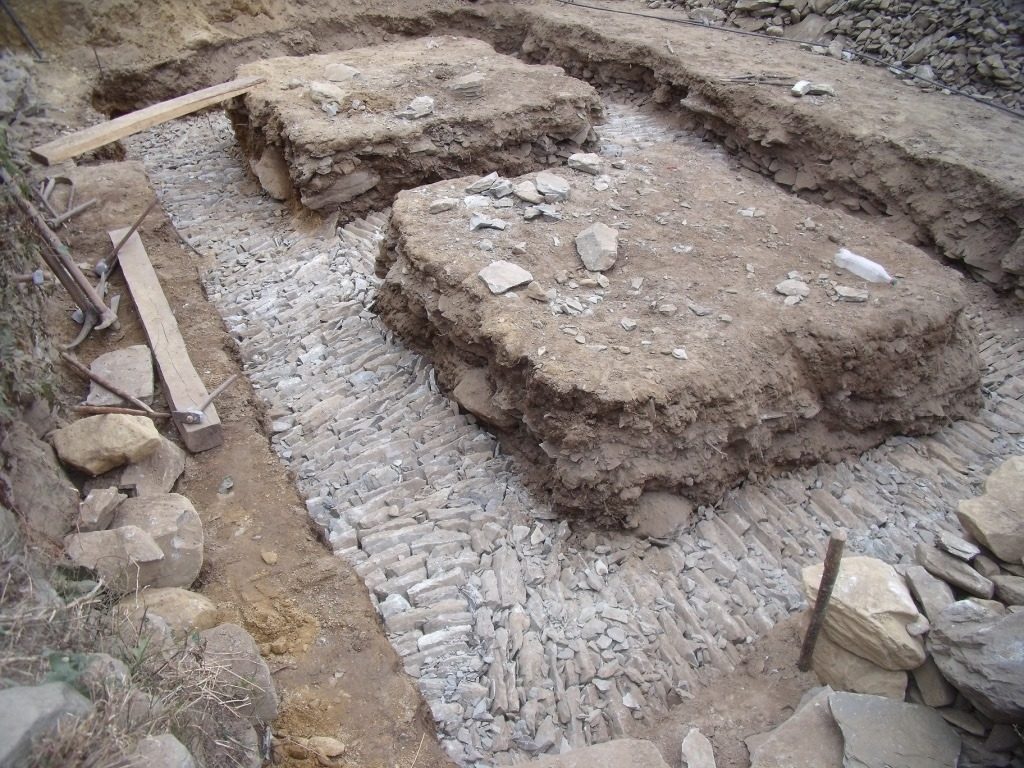 The foundation trenches are 3’ wide by 2.5’ deep. The stones are compacted into the ground and serve to provide a solid base for the walls and to prevent seepage of moisture from beneath. 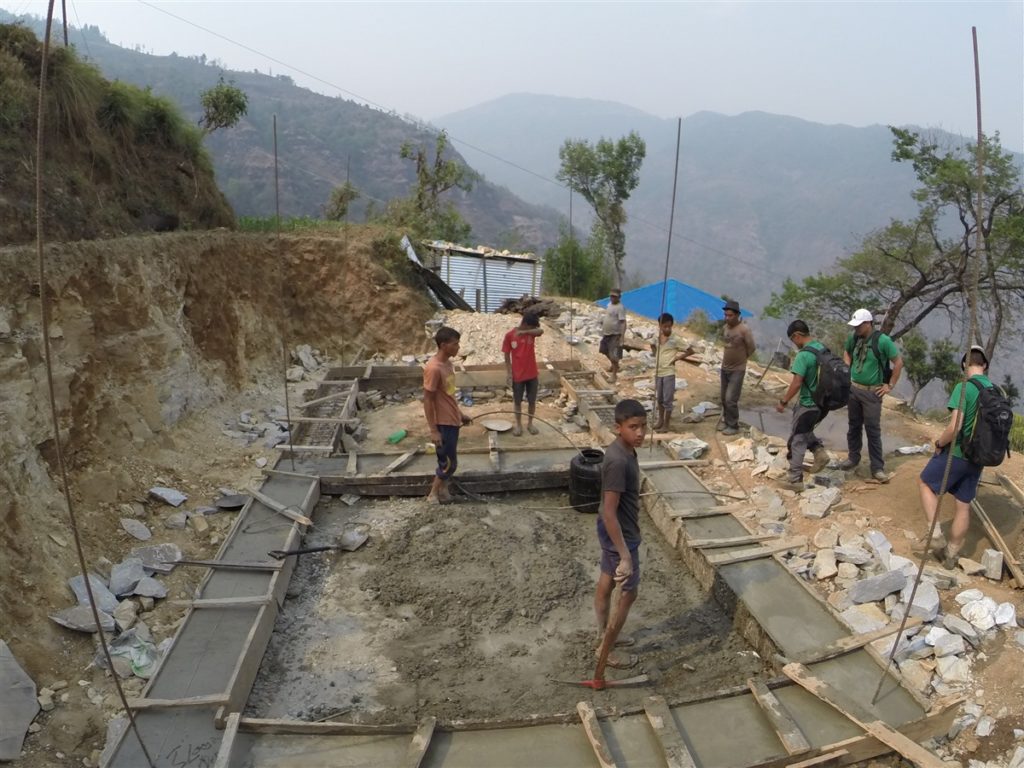 Known as the plinth band, this is the support base for the wall superstructure. As with the stone, it also prevents seepage of moisture from below ground level and is called the Damp-Proof Course (DPC). 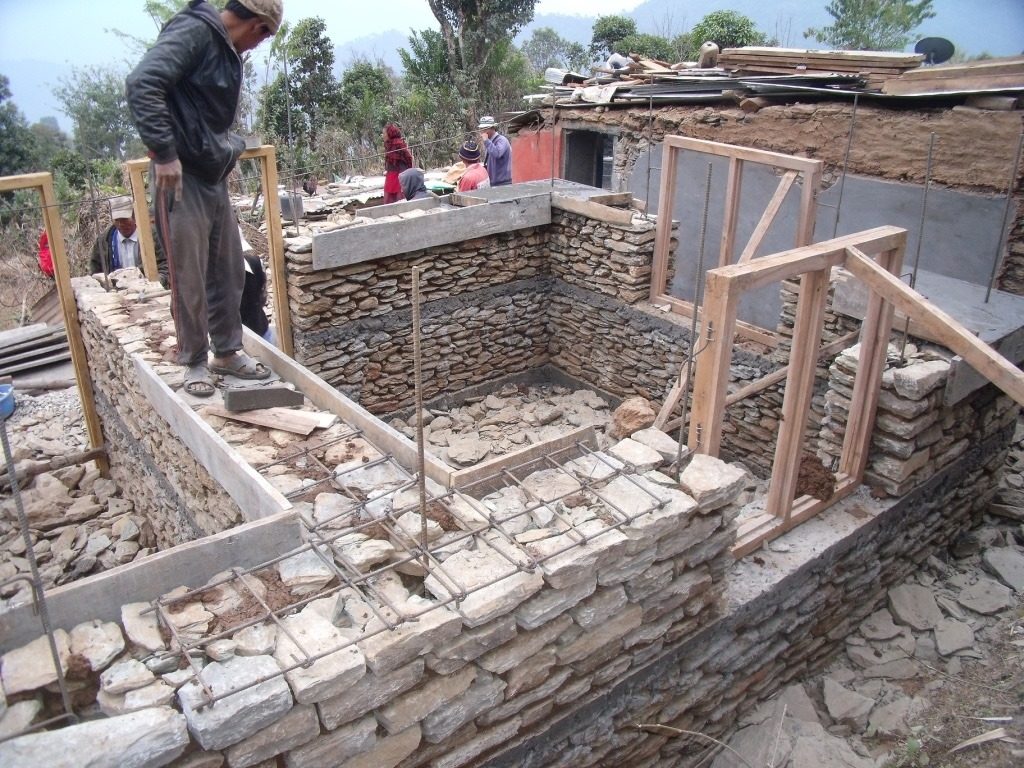 This step binds the walls together and at the same time shares the load above it, adding to the overall strengthening of the wall structure. 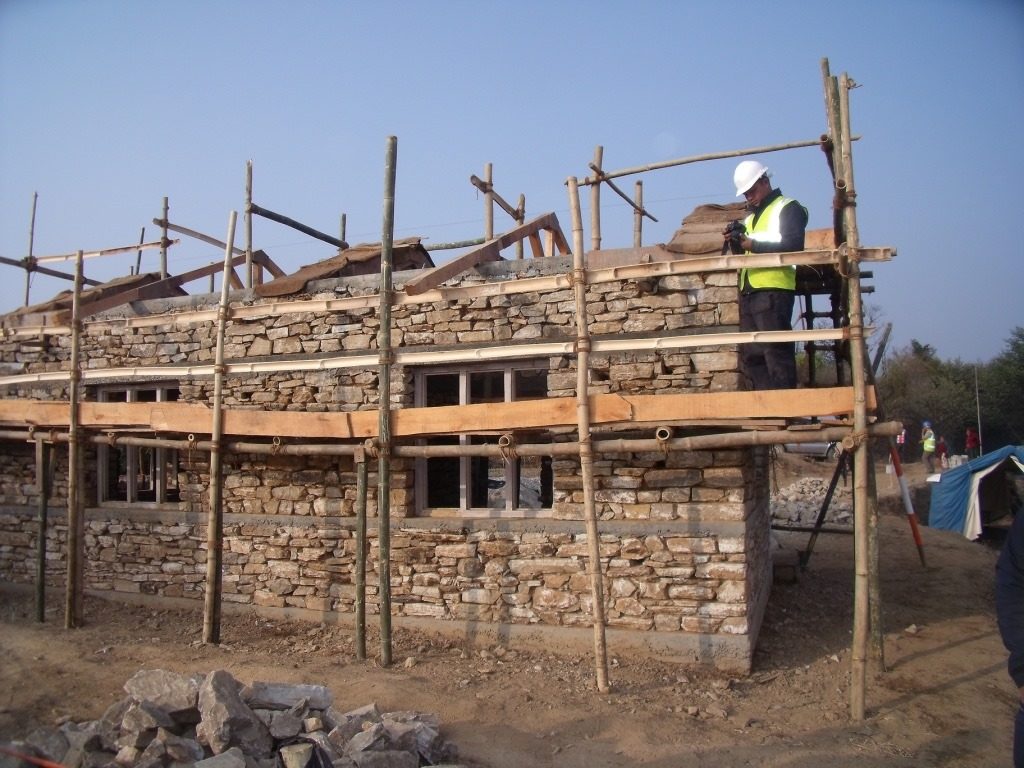 Here there are 2 bands, the roof band and the gable band. The former binds the main walls together and the latter binds the gable wall to prevent it from separating from the building. 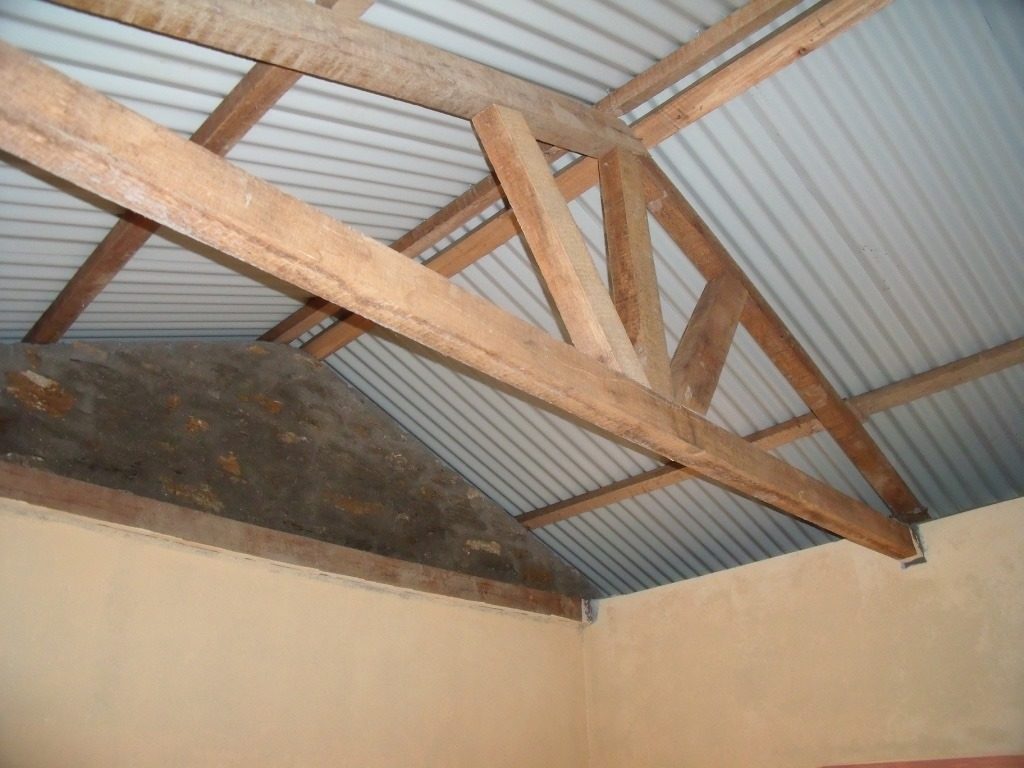 The design spreads the load of the roof thereby enhancing the strength of the roof section. The beams going across are called “tie beams” and, as their names suggest, tie the walls together for added strength. 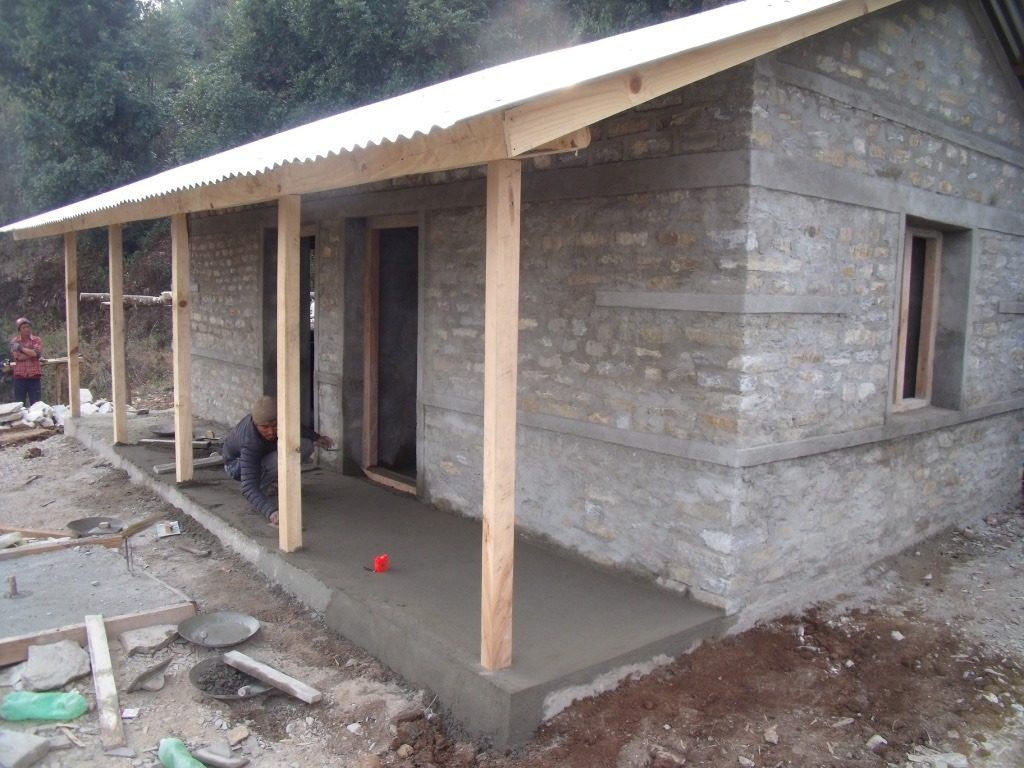 The eaves (wooden boards at the roof edges) help resist wind damage, strengthen the roof structure and also act as tie beams. If required, they could also be used to support guttering. The veranda posts also support the roof and add to its overall strengthening. 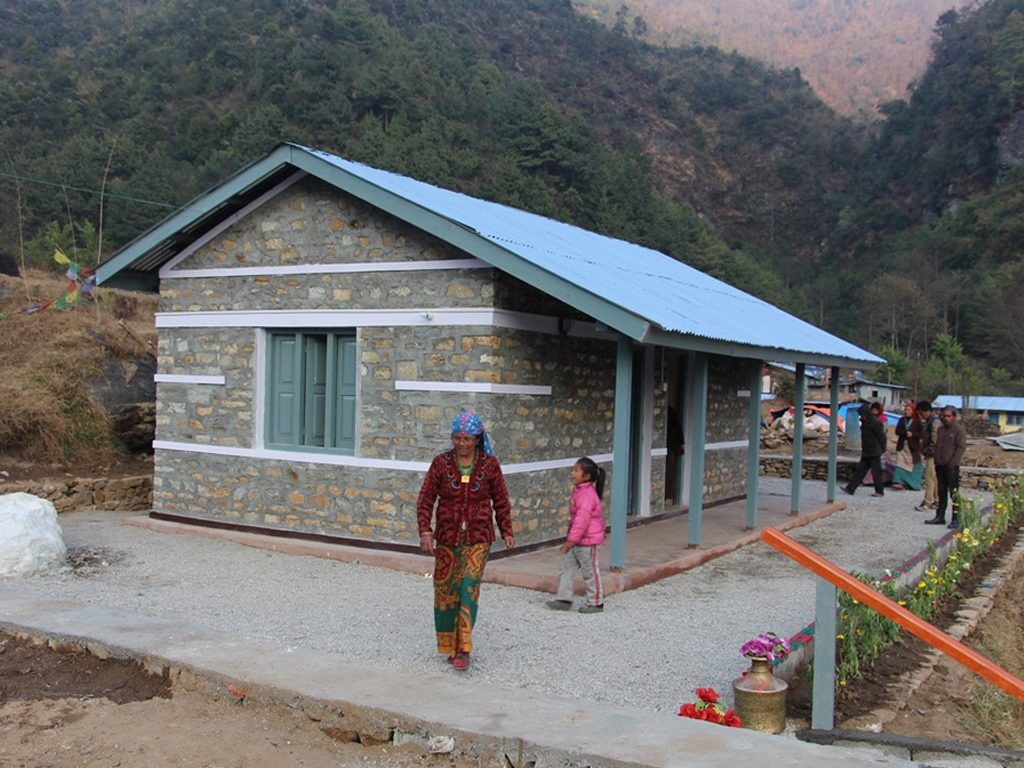 The house and sills are painted white. The roof comprises sheets of corrugated iron (CGI) which are relatively light and weatherproof. Despite being permanently weatherproof and aesthetically preferable to CGI, roofing slate is heavy, can be easily dislodged by an earthquake and is therefore not used.