WWII: Gurkha rescue in the Himalayas 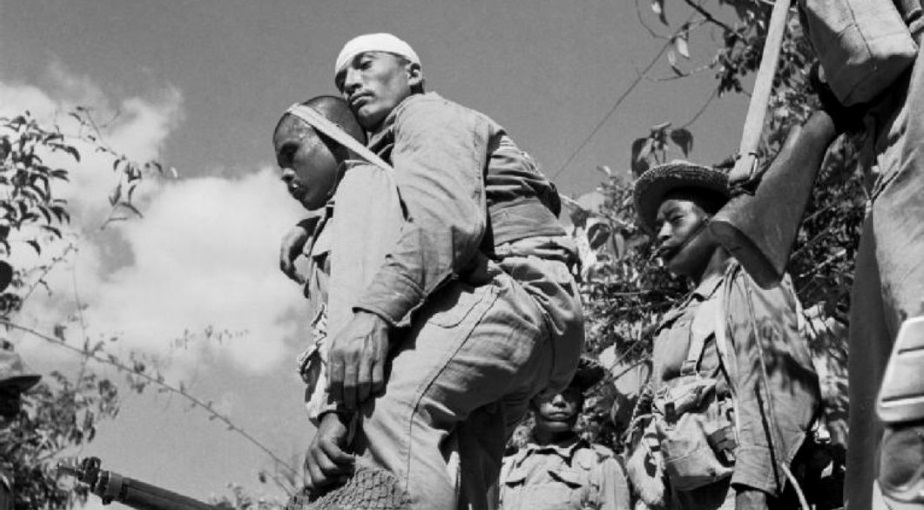 It’s always heart-warming to receive messages from those who served alongside the veterans we support. Few can better understand the debt we owe to this remarkable group of soldiers.

Indeed, no one is more grateful than the man who owes his life to a Gurkha comrade – and there are many. One such man was GWT supporter Major Ralph Kaplan, who, before he passed away, recorded a story explaining exactly why he wanted to give something back to Gurkha veterans suffering in Nepal…

In 1943, Ralph Kaplan was a 20-year-old Private First Class in the US Air Force, based in Assam, India. He was serving as a Flight Radio Operator on missions transporting petrol from India to American troops in China.

On 2nd February, his crew set off on a transport mission over ‘the Hump’, as they referred to the Himalayan mountain range. That day, they came up against dire weather conditions. The plane clipped one of the giant peaks and they crashed, skidding down the mountainside before eventually grinding to a halt.

When Ralph came to, he realised to his dismay that he couldn’t use his legs. The Crew Chief had perished in the crash but the Pilot and Co-Pilot had miraculously escaped largely unscathed. Leaving Ralph with the rations, they set off in search of help.

After an agonising fortnight or so, when he had given up all hope of survival, a delirious Ralph opened his eyes one morning to discover a Gurkha patrol standing over him, led by a British Lieutenant. After consulting with the British Officer, the soldiers wasted no time in fashioning a makeshift litter and lifting Ralph between them.

For ten long days, the Gurkhas tenderly carried their wounded comrade over rough, mountainous terrain, almost impassable at the best of times. When they finally arrived at an outpost, a radio request was made and Ralph was soon evacuated by plane, ultimately to a hospital in Karachi where he began the long road to recovery. 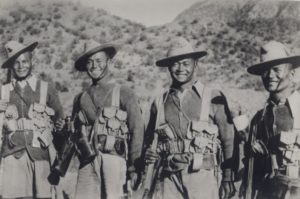 During their gruelling trek through the mountains, Ralph asked the Lieutenant what he’d said to persuade the Gurkhas to carry him such a distance. The Officer answered that he’d explained how Ralph was an American ally who’d come to help fight the war against Japan, to which the Gurkhas had replied:

“Well in that case, he’s one of us, and we don’t leave our people to the Japanese.”

As Ralph explains, on that day he felt a special bond with his Gurkha rescuers. In turn, he would go on to help Gurkha veterans in need through supporting The Gurkha Welfare Trust – a tradition his family continued after he passed away in 2007. We’re grateful to them for sharing his recording with us.