Earthquake rebuilding: “We’re up and running” 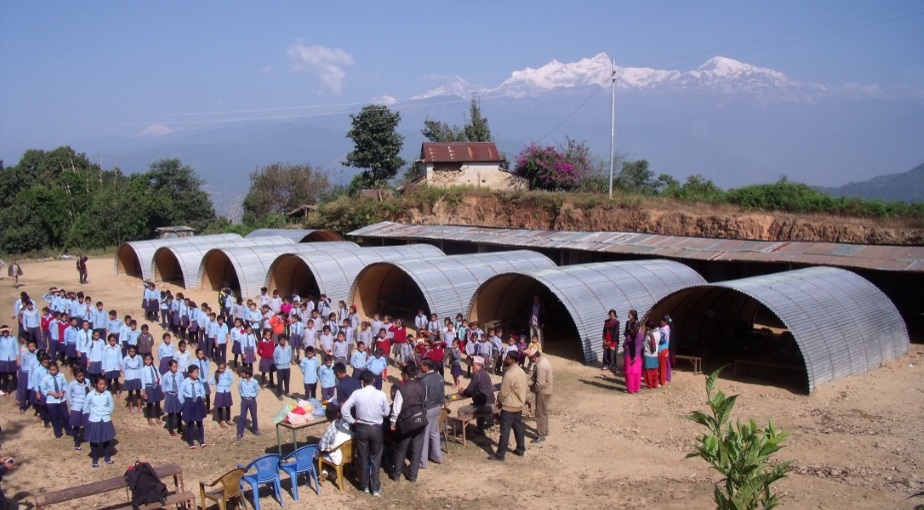 This week, we interviewed the man in charge of our earthquake response to get his insight on our work and what it means for Gurkha veterans and their communities.

John White, Director of the Trust’s Earthquake Response Team, joined us during a brief visit to the UK. Sat here in our Salisbury office, far from the majestic Himalayas where our veterans live, his enthusiasm shone through as he discussed our progress to date.

In a week when the National Reconstruction Authority – the body created to lead Nepal’s recovery – announced its plans to press ahead with rebuilding efforts in January, there’s certainly cause for optimism.

We’ve already begun work on replacement homes for over 130 veterans and widows, while nearly 280 are in the process of receiving grants to repair their damaged properties. These numbers are growing each day.

With over 1,100 homes destroyed and a further 1,000 damaged, we have a long way to go but it’s likely that we’ll achieve a significant amount before this year’s monsoon which begins around July.

John stresses the value of our strong reputation among local communities and particularly our Gurkha veterans and widows. He highlights the “reassuring presence” of our welfare officers – a permanent fixture in the hills – and points to the extensive damage reports we compiled following the quakes as being fundamental in our response planning. 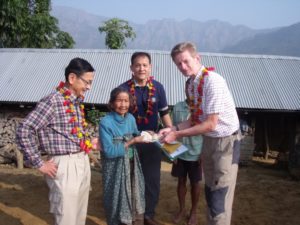 John adds that there’s a level of emotion he’s rarely seen before among our beneficiaries, particularly the old and vulnerable. He recounts the moving story of an elderly widow, Chandrakali Thapa, who broke into tears when he handed her the funds to rebuild her shattered home.

Her husband, a WWII veteran, had sadly passed away not long before the earthquake. For many like her, our support is a beacon of hope among an otherwise hard existence. As John told us: “She knows that we’re going to rebuild; we’re going to move her out of the tin shack she’s living in. We started digging that day.”

On the community front, we’ve begun building nine new schools and hope for a further twelve in 2016-17. Many more are receiving grants for repairs while 46 of our damaged water projects will be fixed before the rainy season. Four community centres will also be built post-monsoon.

John explains that our support extends “right across the footprints of the earthquakes”, as well as, indeed, the rest of the country. While we follow project blueprints, he’s keen to point out that every solution has to be bespoke and individual.

He says that working with schools is especially moving. Children turn out in large numbers to welcome them to project sites, where you can still see the shells of caved-in school buildings: “I remember thinking at the time – if this earthquake had happened any other time than a Saturday morning, some of these kids wouldn’t be here. In that sense, we were very lucky.” 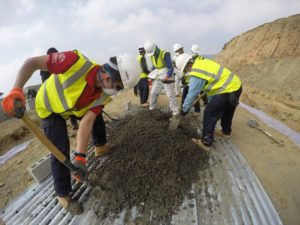 Queen’s Gurkha Engineers supporting our efforts have nearly completed 4 schools and 2 community centres. They hope to move on to building houses in the coming months. The troops are also training local mistris (or workmen) in effective construction techniques to provide sustainable skillsets in the communities we support.

While the locals of this unforgiving landscape are remarkably resilient, they desperately need our help. Positivity is tempered by the ongoing trade blockade and political conflict but John assures us that this is not preventing our progress, albeit at a higher cost.

As he mentions this, it’s important to note that such crucial progress would not be possible without the generous support of our many donors. If you’d like to contribute, please donate to our Earthquake Response Fund.