Inspired by Captain Tom: 84 year-old Don is walking for the Gurkhas

While we were all raising a glass to VE Day from our homes,  Don Hyatt laced up his boots and began an epic walking challenge for the Gurkhas. 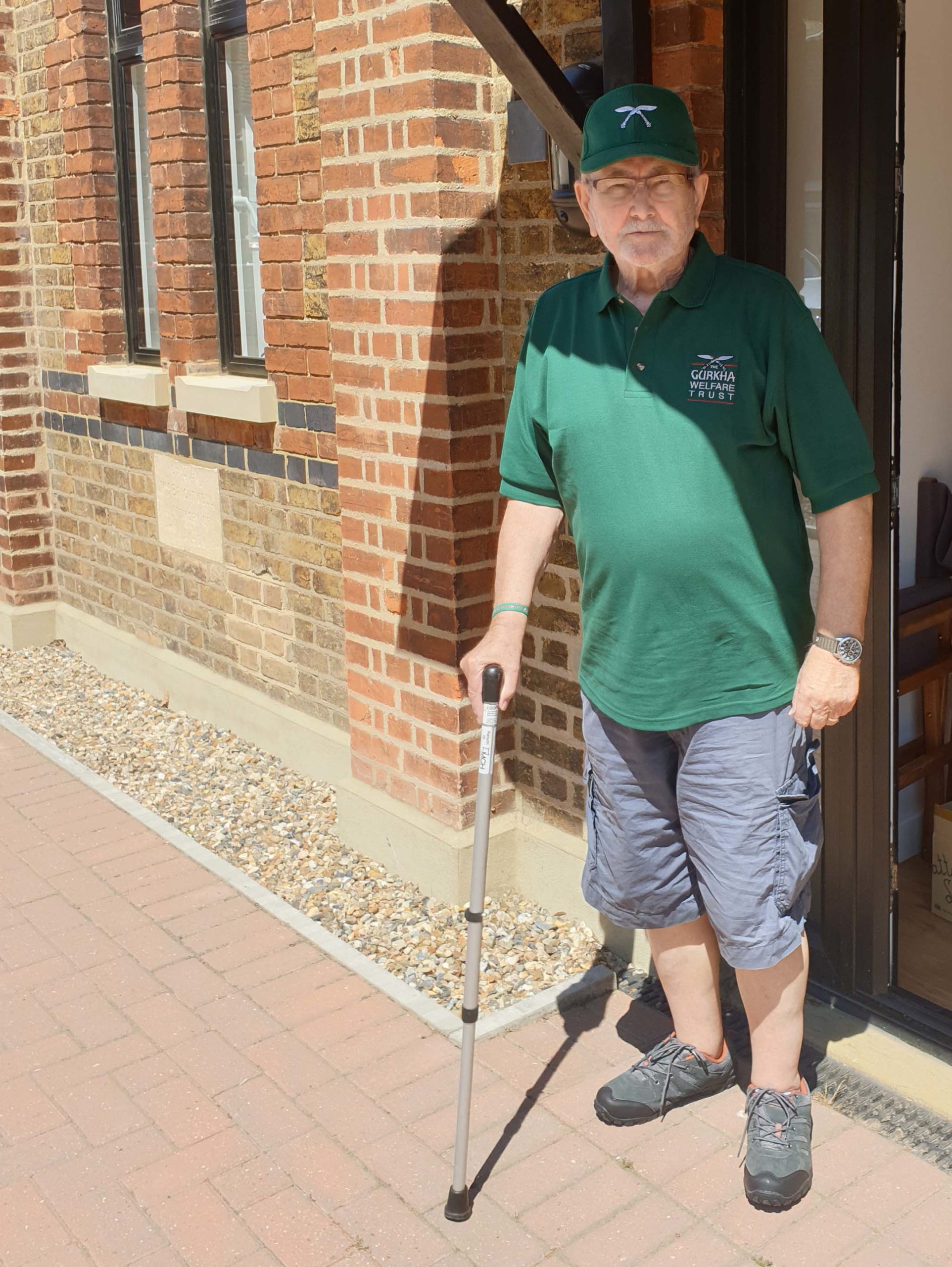 Inspired by our Everest at Home challenge, he’s walking the distance from Lukla (gateway to Everest) to Everest Base Camp using his garden. At 84 years old, Don hopes to complete the 65km challenge by VJ Day (15 August).

‘Lukla to Base Camp’ is one of the most popular trekking routes in Nepal. Trekkers fly to Lukla airport, which is often referred to as one of the world’s scariest airports due to its incline, from Kathmandu. From there, trekkers retrace the steps of mountaineers like Sir Edmund Hilary and Tenzing Norgay, through the beautiful Sagarmartha National Park in Nepal, to the base camp on the South side of Everest. While he can’t make it to Nepal, Don shall be tackling the equivalent distance using his back garden.

‘’The toughest part of the challenge will be keeping my legs in good working order. To tackle the distance, I will have to use my walker as standing is one of my problems, hope people don’t think this is unfair, it’s a age thing.’’ 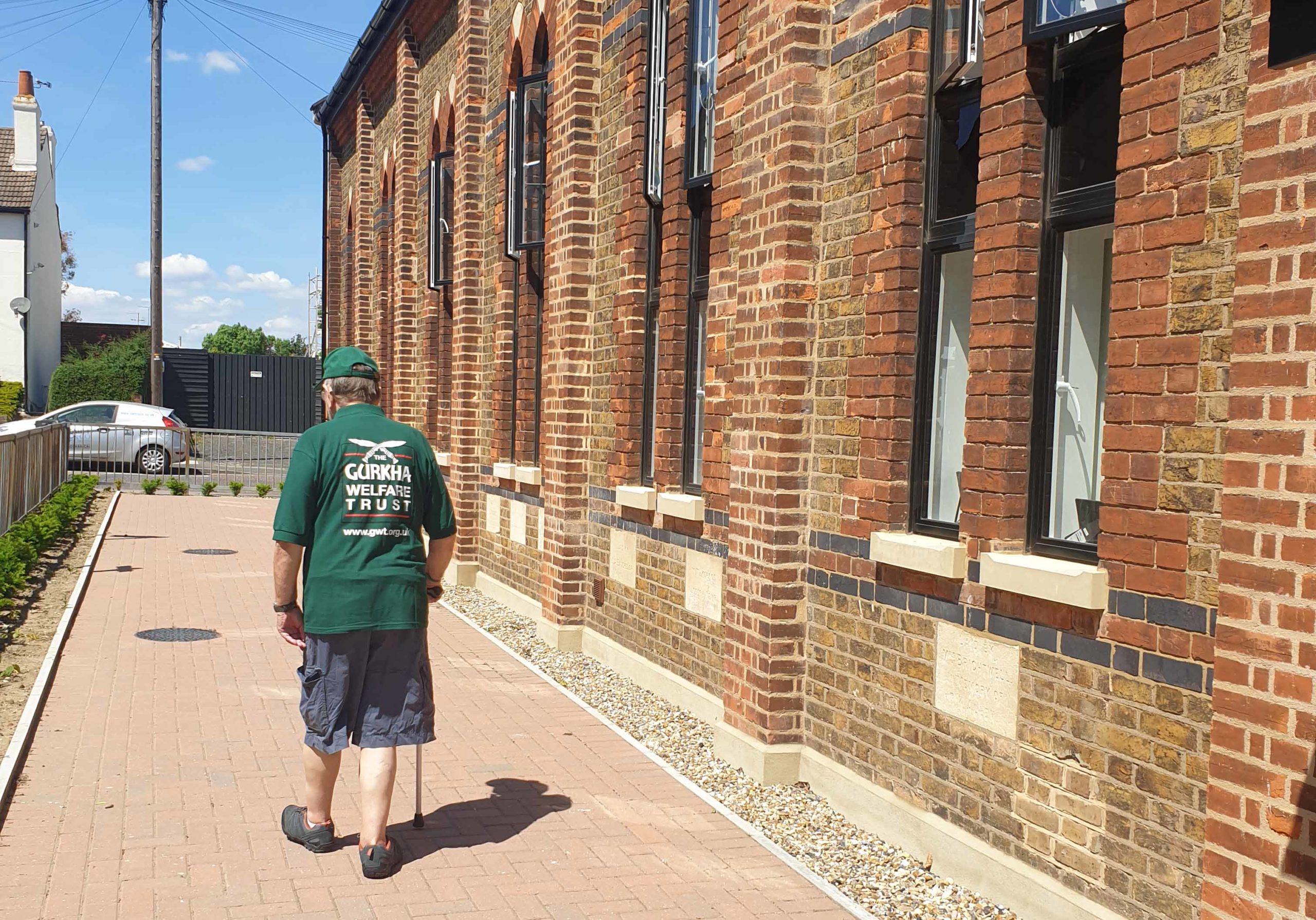 Don visited Nepal in February 1978, following a business trip in India. Memories of this trip, kindness of those he met, and a flight taken over both the Chitwan National Park, and Everest itself will keep Don going along the way. If that wasn’t enough, Don, who joined the Army in 1953, seeing service in the Middle East, has a personal reason for his support.

“I support GWT for many reasons, two are uppermost in my mind, their devotion to the Crown for over 200 years and my father’s late brother Cyril owed his life to them for an incident in Burma during the second World War. I am doing this for those elderly Gurkhas in Nepal and widows as we must give them all the help we can to thank them all.’’

You can support Don by donating to his Justgiving page here. 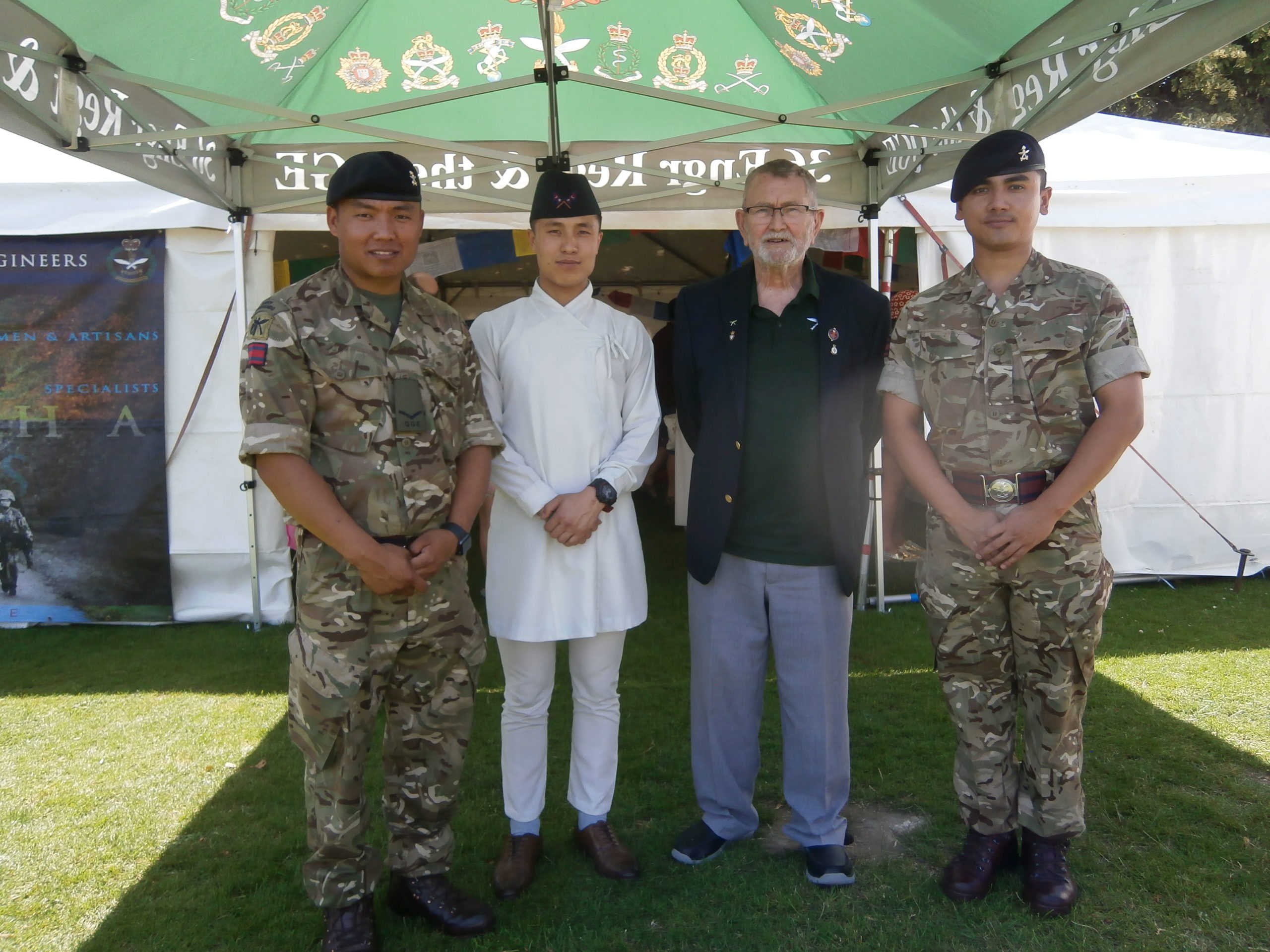 This year with help from friends, Don had plans for increasing awareness of the Trust in his area. The group had planned to show their support for Gurkha veterans and their wider communities in 2020, with a series of now postponed local events to allow fellow Trust supporters in the area a chance to meet, building on the success of the first events they ran last year. Initiated by Don, 2019 saw two curry lunches, a garden party thanks to the kindness of a local couple, and an array of collection tins distributed throughout the area by the group. While the activities are now postponed, Don now plans for his sponsored walk to help instead.

Previous Trailwalker 2020 has been cancelled 20th May 2020
Next WATCH: Almost there! British soldiers deployed in Iraq climb ‘Everest’ 28th May 2020
Donate Today