Now in her 90s, Krishnamaya Gharti has spent the past 25 years without her husband by her side but the memory of him is as vivid as ever.

Fighting for the Gurkhas

Krishnamaya’s husband, Rifleman Dilbahadur Gharti, passed away back in 1992. After enlisting as a Gurkha in Gumpahad, Darjeeling during the throes of World War Two he fought for Britain for nine years with the Second Gurkha Rifles. 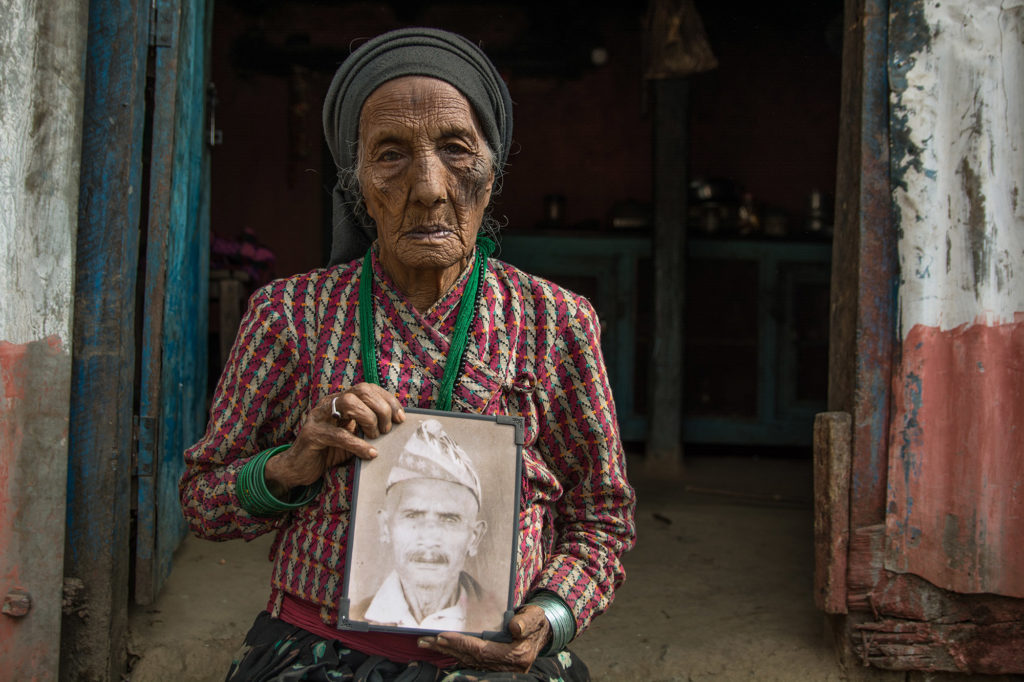 Dilbahadur won four medals during his time serving in the British Army. For his efforts, he was awarded the 1939 star, the South Africa Star and the Italy Star. He was also awarded another, though unfortunately the details of which have been lost in the mist of time. 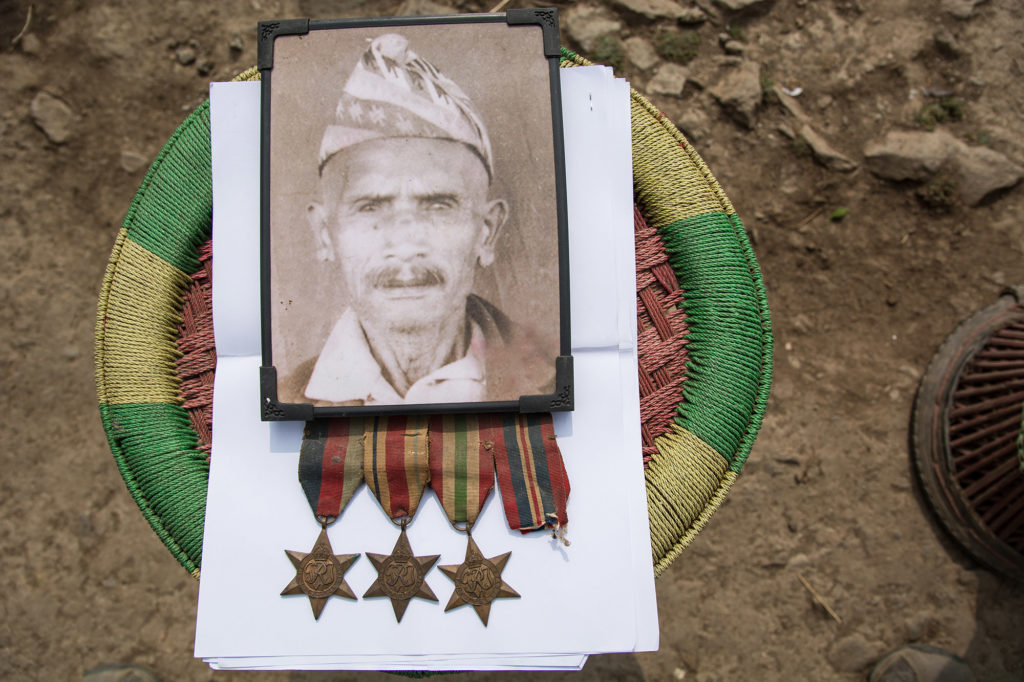 On his return to Nepal after the War Dilbahadur struggled with bad eyesight. Despite this, he was able to make a living for his family by weaving Namlos at home. 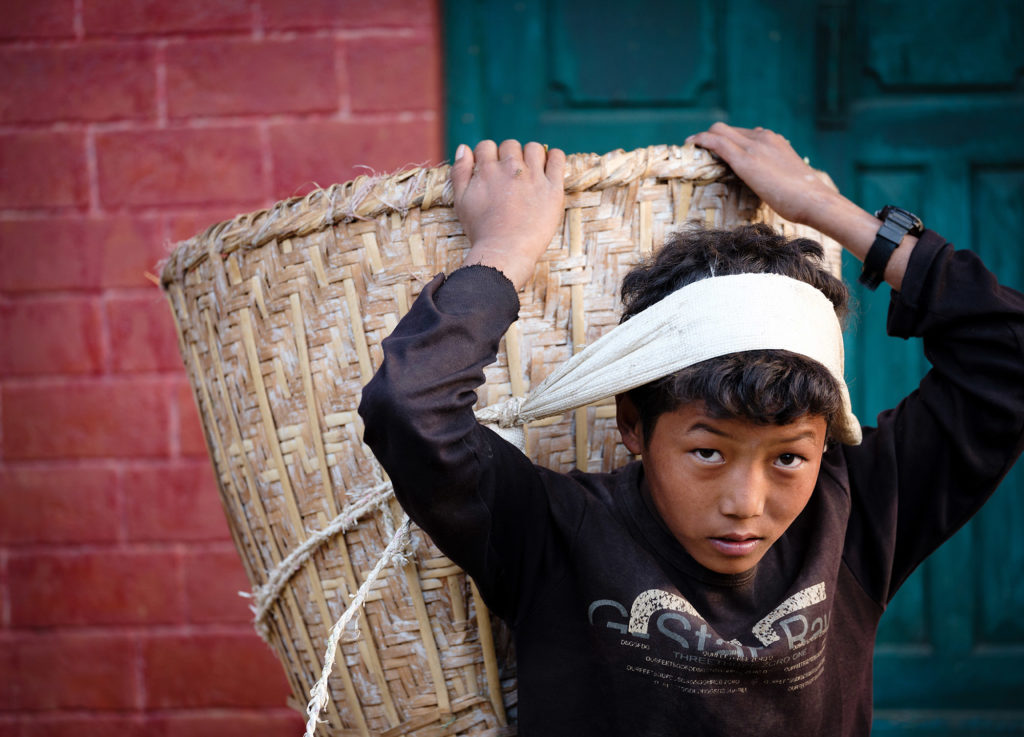 Pictured: a Namlo in action

Dilbahadur’s widow Krishnamaya now lives in Selling village, located in the Morang District in east Nepal with her youngest son and his family. Though her accommodation is basic, it is comfortable. In previous years we installed a toilet for the family near their house, having not had one before.

It takes around an hour to drive from her closest GWT Welfare Centre in Dharan to her home. At the age of 90, it’s much too difficult for Krishnamaya to visit there on foot, so our Pensioner Support Teams come to her. 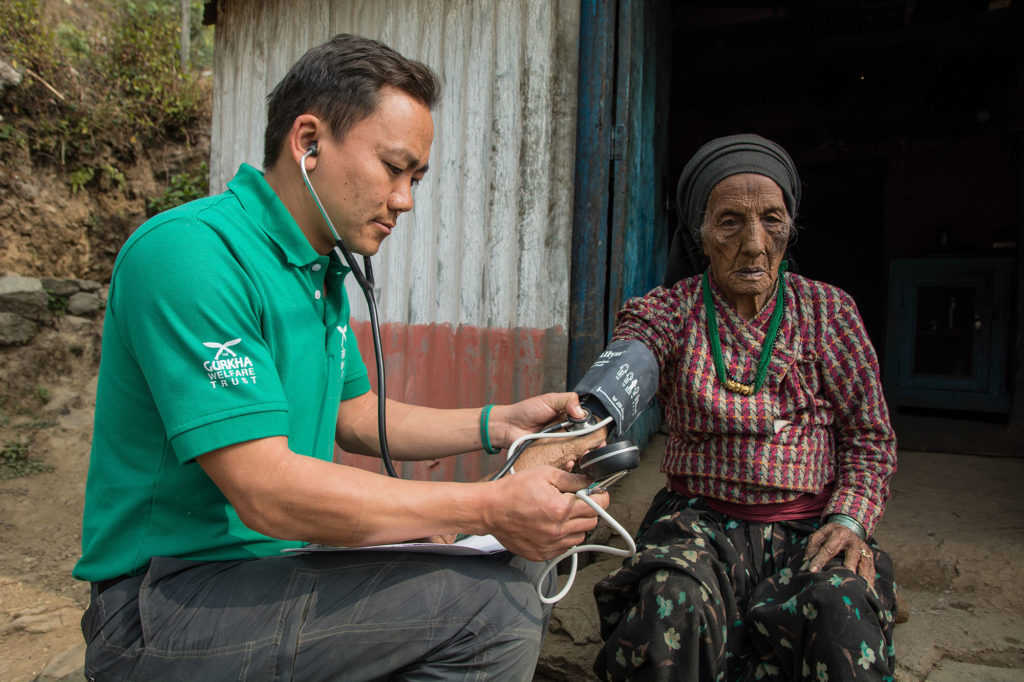 Our Pensioner Support Teams reach out to pensioners like Krishnamaya who might be housebound, struggling with mobility, or are now too old and frail to make the long and strenuous trip to their nearest Welfare Centre. Travelling deep into the hills and mountains of Nepal, our combined team of Welfare Officers, doctors and nurses go to the homes of pensioners who otherwise would struggle to access the support they so desperately need.

During a recent visit, one of our nurses provided a health check-up. She was given some medicine for gastritis and for joint pains. Krishnamaya also suffers from cataracts in her eyes, which we will continue to check up on during visits to her.

Find out more about the Medical Aid we provide to Gurkha veterans, their families and communities in Nepal.