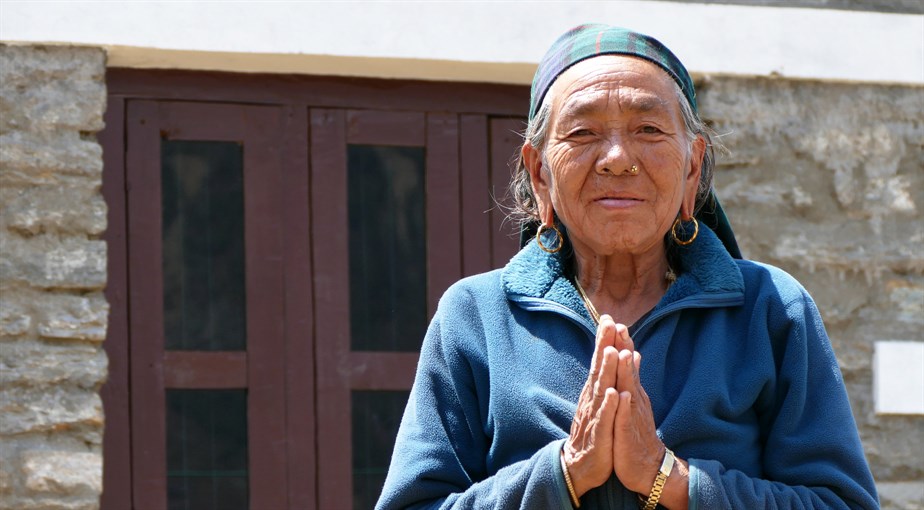 For some of our staff, our cause is especially close to home. Jitbahadur Gurung has more reason than most to work at The Gurkha Welfare Trust as his own grandfather was a Gurkha.

Jitbahadur works in our Welfare Centre in the Gorkha district of Nepal, caring for Gurkha pensioners and widows including his grandmother, Dhanpurni.

Jit’s grandfather served as a Gurkha in Brunei in the 1960s. He married Jit’s grandmother, Dhanpurni, when they were quite young.

After 12 years of loyal service, Dhanbahadur left the forces and the couple returned to Dhanpurni’s home village of Mandre in Gorkha.

They remained in the area for the following decades, eventually moving to a village called Barpak. Little did they know that it would later become infamous as the epicentre of Nepal’s worst natural disaster in over 80 years. 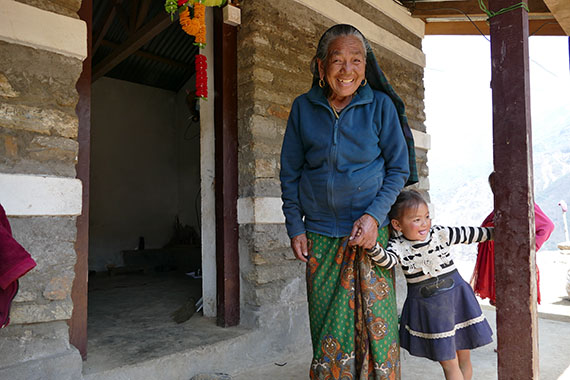 Dhanpurni is a Gurkha widow and a great-grandmother

The tragedy began early for Dhanpurni. In 2013, her husband was struck by a falling rock and was seriously injured. Despite treatment, he sadly passed away in February 2015.

“It was April. I was outside looking after three of my great grandchildren and some of their friends, when everything started shaking.

“I could see a tree swaying violently and I wondered what could be happening. I remember one of the children was climbing on me.”

“I turned to my left and watched my house crumble.”

“All the children grabbed at me. I froze… I didn’t know what to do. I was in shock. Eventually I realised that the shaking had stopped and my grandson had come to find me. He gave me some water.”

At the time of the earthquakes, Jitbahadur had not started working for the Trust. He was living as a subsistence farmer:

“He made a shelter out of an old tarpaulin. We all slept under it together that night. The children were scared.

“We didn’t have any food for three days – it was under the rubble. The water supply had also been cut off. Everyone was lost…”

GWT staff provided the family with a cash grant, emergency supplies and a temporary metal shelter. Nonetheless, Dhanpurni was in a state of despair.

“The fact that it came so soon after Dhanbahadur’s death… I was already in tears. It was a very difficult time. I was also worried about money and how I could possibly rebuild.”

Hope in a time of distress

Fortunately for the widow, the Trust soon confirmed that it would help her to rebuild her family home. A little more than a year after the quake, they moved in.

“Without this help… I was so worried I couldn’t breathe. You allowed me to breathe again.”

“There’s nothing left of the old house now. Most of the rubble has been cleared.

“I’m so pleased with the new house. It’s very strong – I watched them build it. It’s much stronger than my last house. We’re very grateful to this charity. 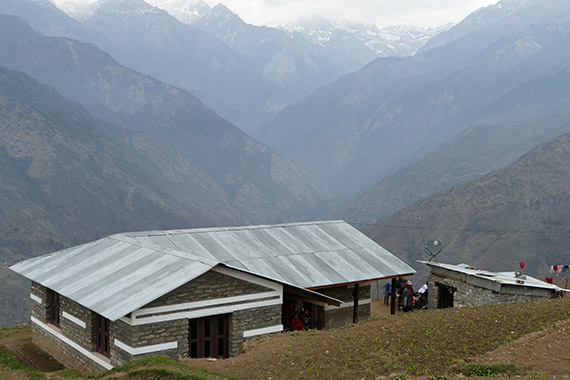 Dhanpurni and her family’s new home is earthquake resistant

The house was not the only thing to come out of our time with Dhanpurni. During conversations with GWT staff, she learned of a vacancy at our Welfare Centre and encouraged Jit to apply. He was accepted and started working for us in November 2015. Dhanpurni was delighted:

“I’m very happy that he got this work at such a good organisation. I’m grateful that they gave him a chance.”

Due to her age, Dhanpurni is no longer able to work as she’d like to. She spends her days with friends or with her great-grandchildren – who still climb on her. She also makes regular use of our medical scheme, both visiting our Welfare Centre and seeing our mobile team at her new home.

“Things are much better now,” she tells us. “Barpak has rebuilt a lot since the earthquakes. The problem is, it’s all changed and now we don’t know where anyone lives!” 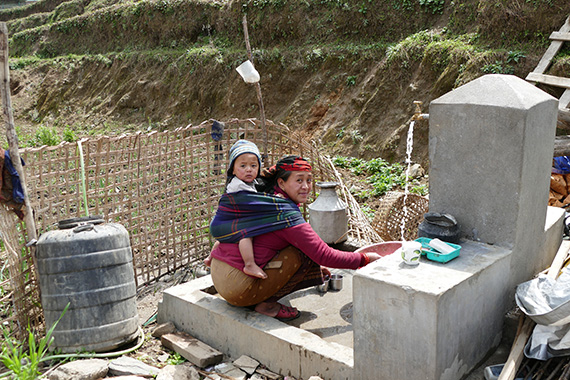 Jit, for his part, is enjoying his new job with the Trust:

“I’ve always appreciated the support that GWT gave to my family. Especially since the earthquakes, they have really been there when we need them. I’m really pleased to have this job with an organisation that does so much for families and communities like mine around Nepal.”