A blast from the past: Gurkha veteran’s new photo 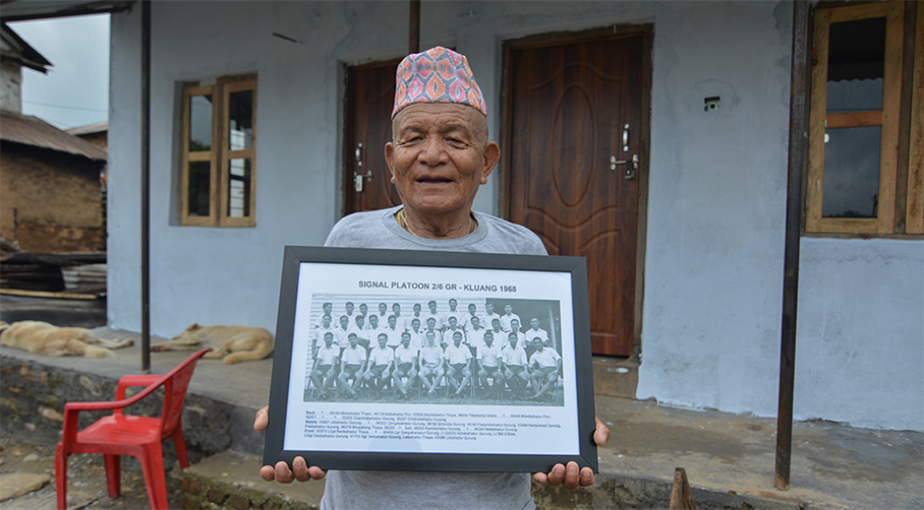 Corporal Gunga Gurung, a veteran of the Borneo and Malaya conflicts, has a new photo to hang in the earthquake-resistant home we’ve built for him.

After Gunga and his brother Kul featured in our recent article, one of our supporters recognised him from his time in the Army. The British Officer had served with Gunga in Malaya in the late 1960s and was kind enough to share their platoon’s group photo with us.

On our next visit to check on his house construction progress, we took along a copy of the photo for Gunga. After so many years, he could hardly recognise the young soldier he once was. He was delighted to point out old friends, including 1964 Tokyo Olympic boxer Ramprasad Gurung.

This has brought back very fond memories. I will never forget this gift.

Gunga was keen to pass on his thanks to his former Officer and was deeply moved by the memories the image evoked. 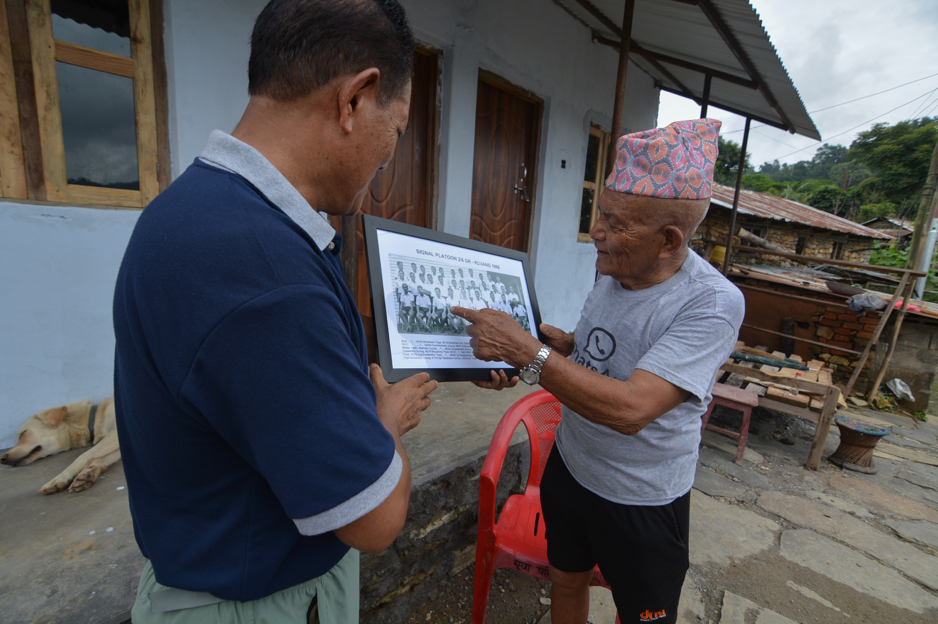 Gunga could hardly recognise himself after so many years

Thanks to our generous supporters, in the last week Gunga and his family have finally moved into their new home.

It’s good timing for Gunga, with the Nepal monsoon season has just begun. The usual road to the village is blocked by a river, which means visitors face an hour-long walk up a steep hill to reach his home 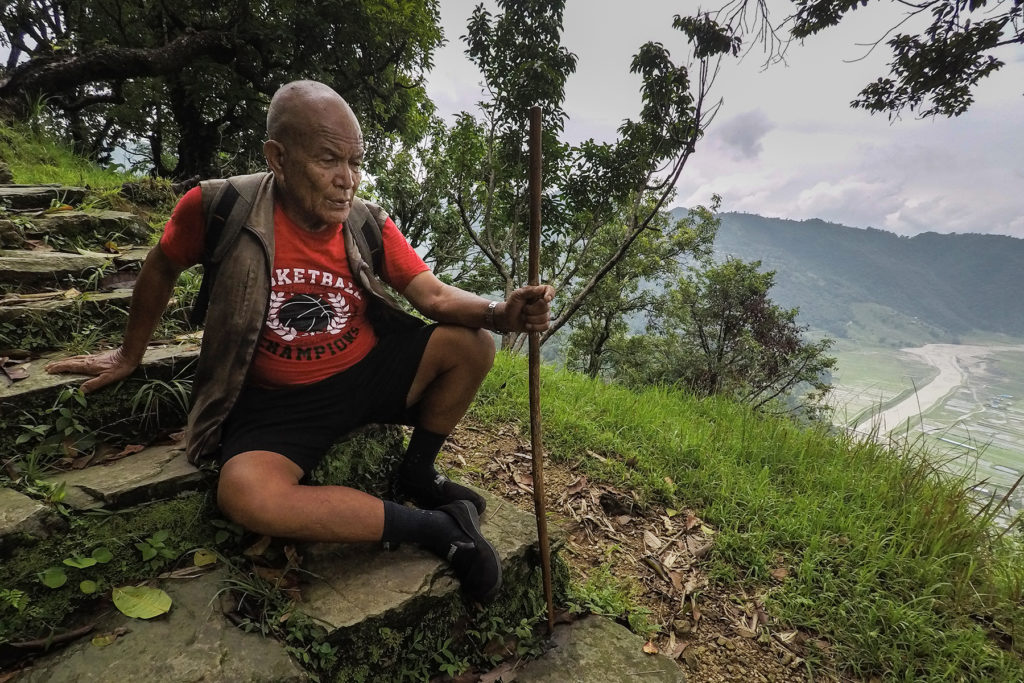 Gunga’s brother and fellow veteran Kul was not in the village during our visit, having recently suffered a stroke. Fortunately, he is making a good recovery and should be well enough to move to his own earthquake-resistant home soon. 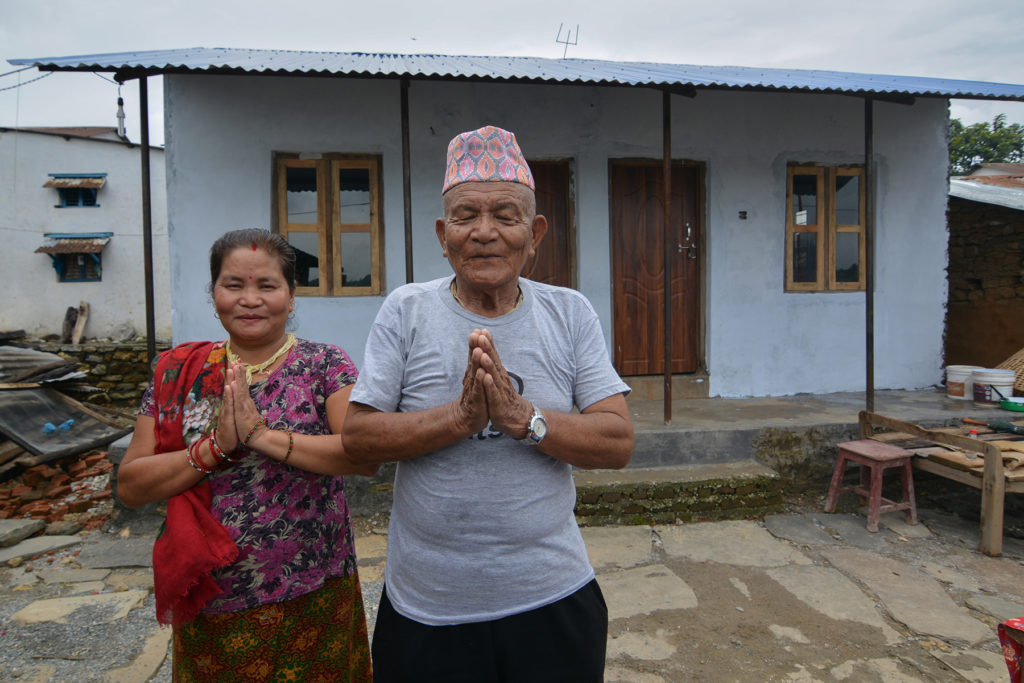