David Jones races the Sahara in aid of Gurkha veterans 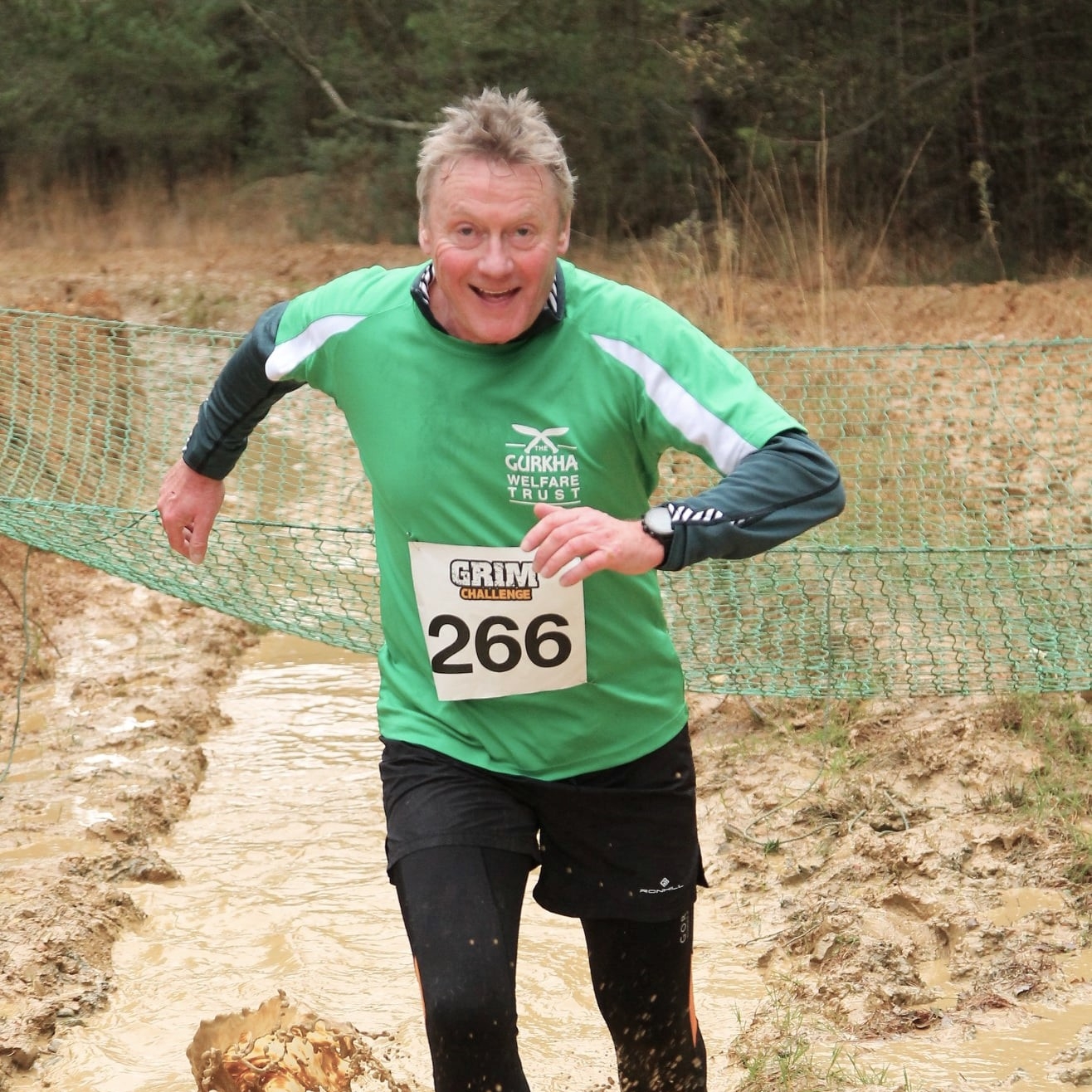 In just over a week, David Jones will run in the Marathon des Sables – one of the toughest footraces in the world.  Set in the Sahara Desert, the challenge spans six days and 156 miles across sand dunes, salt plains, and rocky jebels. David will be running in sweltering heat, carrying all his food, water, and other essentials on his back.

David decided not only to take on this incredibly tough challenge, but also – inspired by his time spent serving in the Queen’s Gurkha Engineers (QGE) – will use his adventure to raise funds for The Gurkha Welfare Trust. 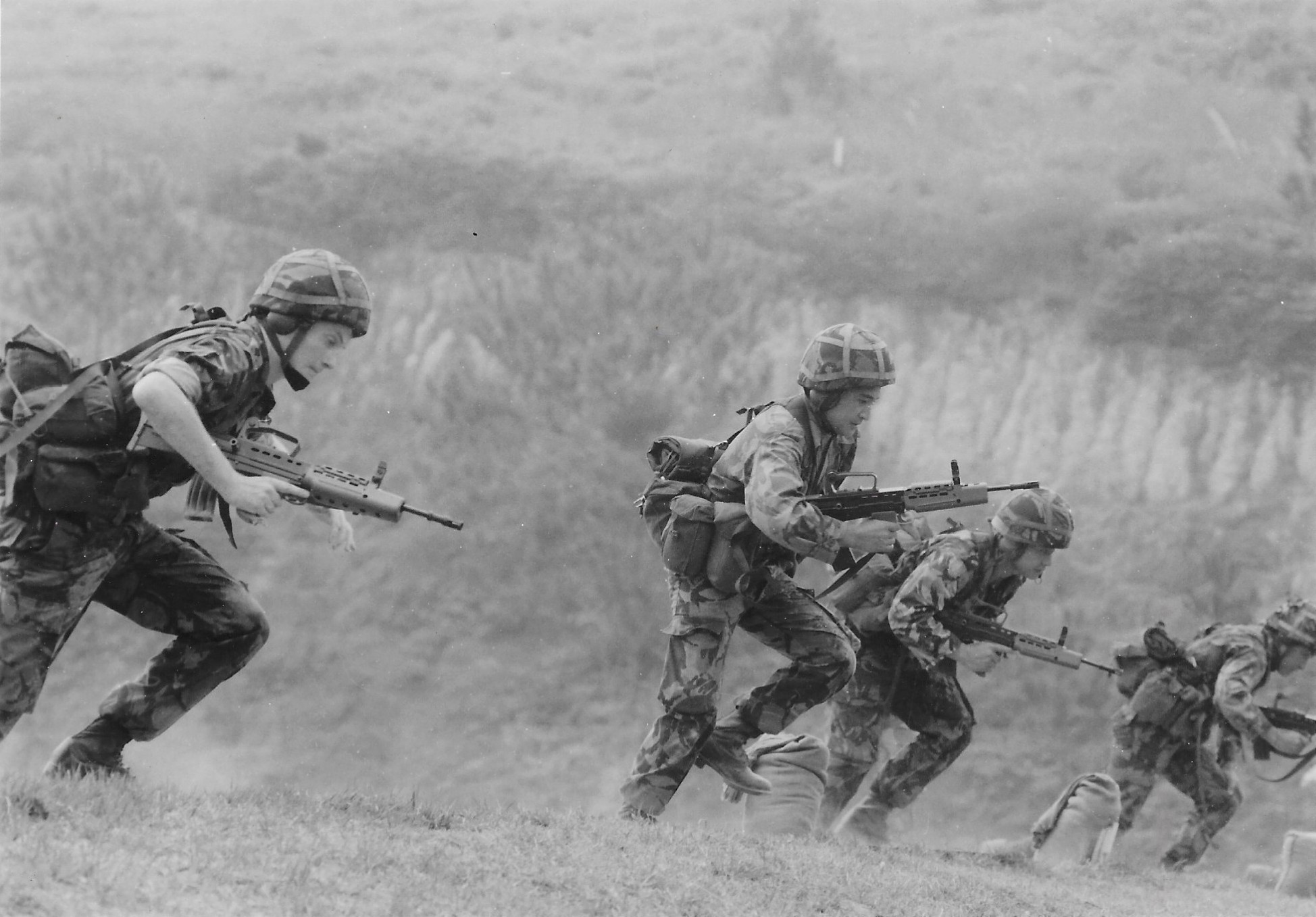 David training with others in his Gurkha regiment.

As a young officer in the British Army, David was selected to serve with the QGE. During his five years with the regiment as a Troop Commander and Adjutant, he developed a respect and admiration for the soldiers, the people and the country. He was fortunate to be able to spend time in Nepal, learning the language while designing gravity water systems for several villages high in the Himalayan mountains. 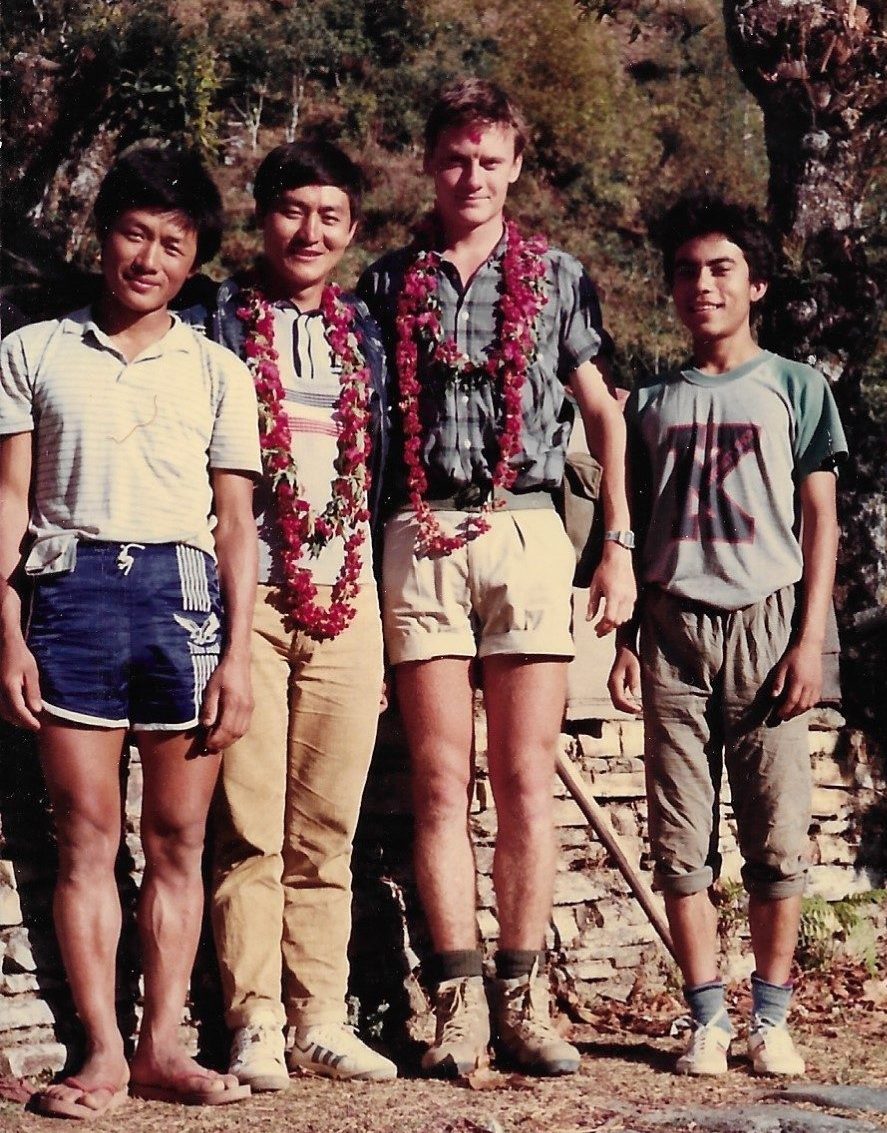 “Working with Gurkha soldiers was a great privilege and an honour. It is a time of my life that I remember with great fondness. I remember shortly after joining the Regiment I was sent to Nepal on a trek. Living in the villages was really eye-opening, but also inspirational for me,” David said. “Nepal was beautiful, but you could also feel the daily challenges and the hardship that affected the people.

“As military engineers, when we went on treks we would design gravity feed water systems. The first thing you had to do was to walk to the ‘local’ source of water that the village used so you could measure the quantity it produced and start surveying. Sometimes these fresh water springs could be a two hour walk away. Just try to imagine that – walking two hours there and two hours back just to collect water for your basic needs every single day. In the UK we open a tap and it’s there.

“One thing that struck me during my time in Nepal was the generosity and kindness of the Nepali people. They often have very little, but they’re always very willing to share and to give.” 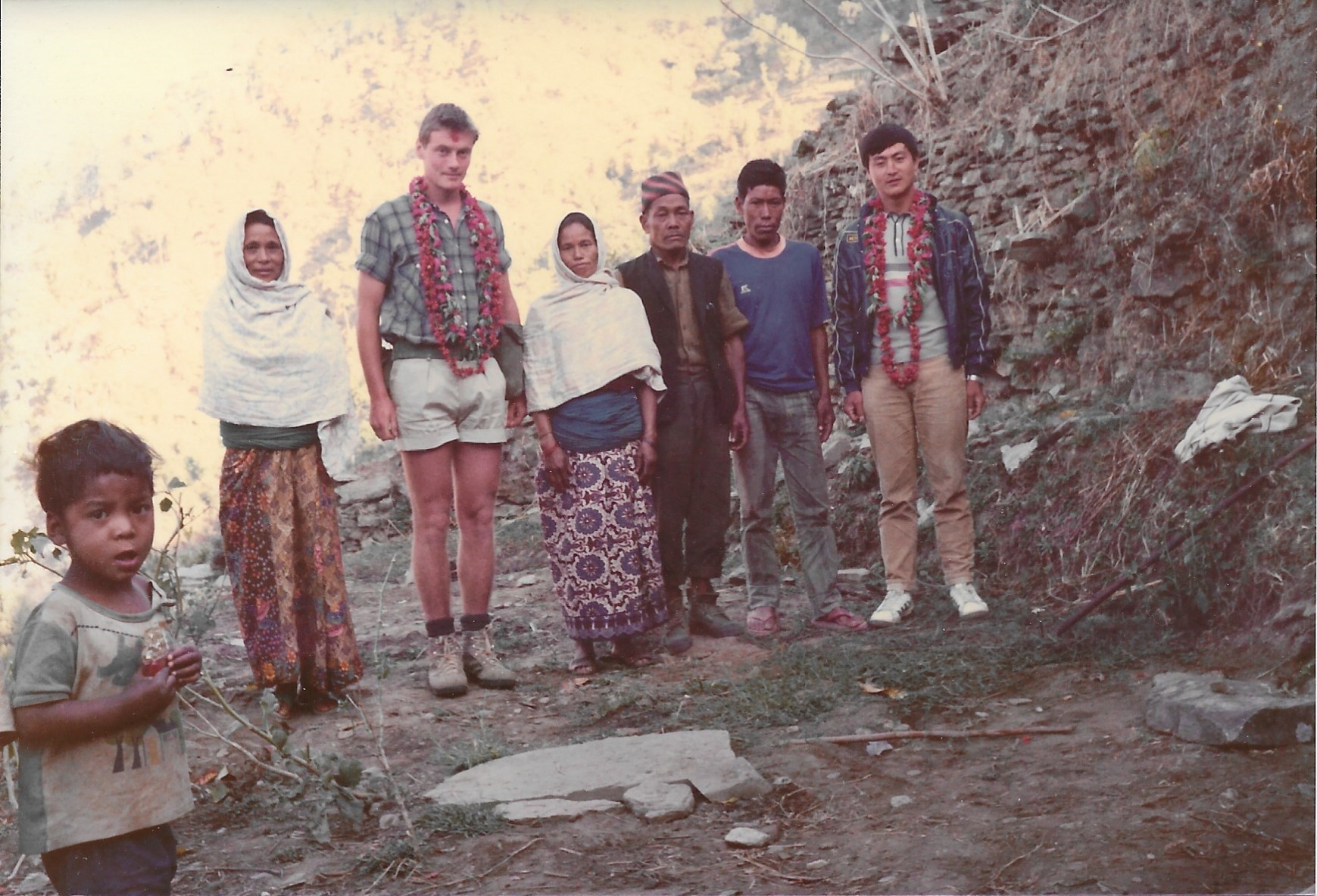 Years later while attending a reunion, David reconnected with Martin Gillott, a colleague who served as a Troop Commander while David was an Adjutant.

When Martin sadly passed away shortly after the reunion, a number of his friends, family members and former army colleagues cycled from Land’s End to John O’Groats to fundraise for the GWT and help build a school in Martin’s honour. Inspired by their fundraising challenge, David decided that he would he use his Marathon des Sables challenge as a means to raise funds in aid of The Gurkha Welfare Trust. 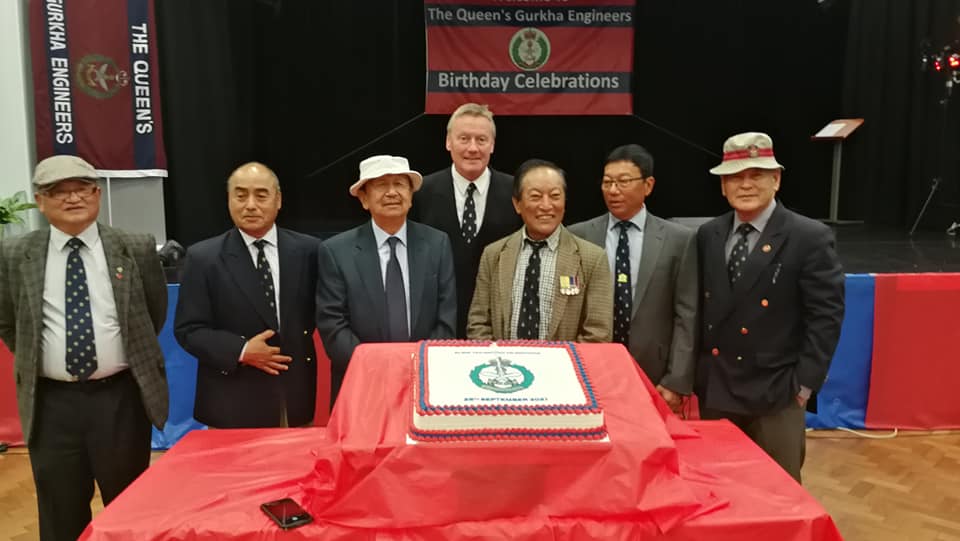 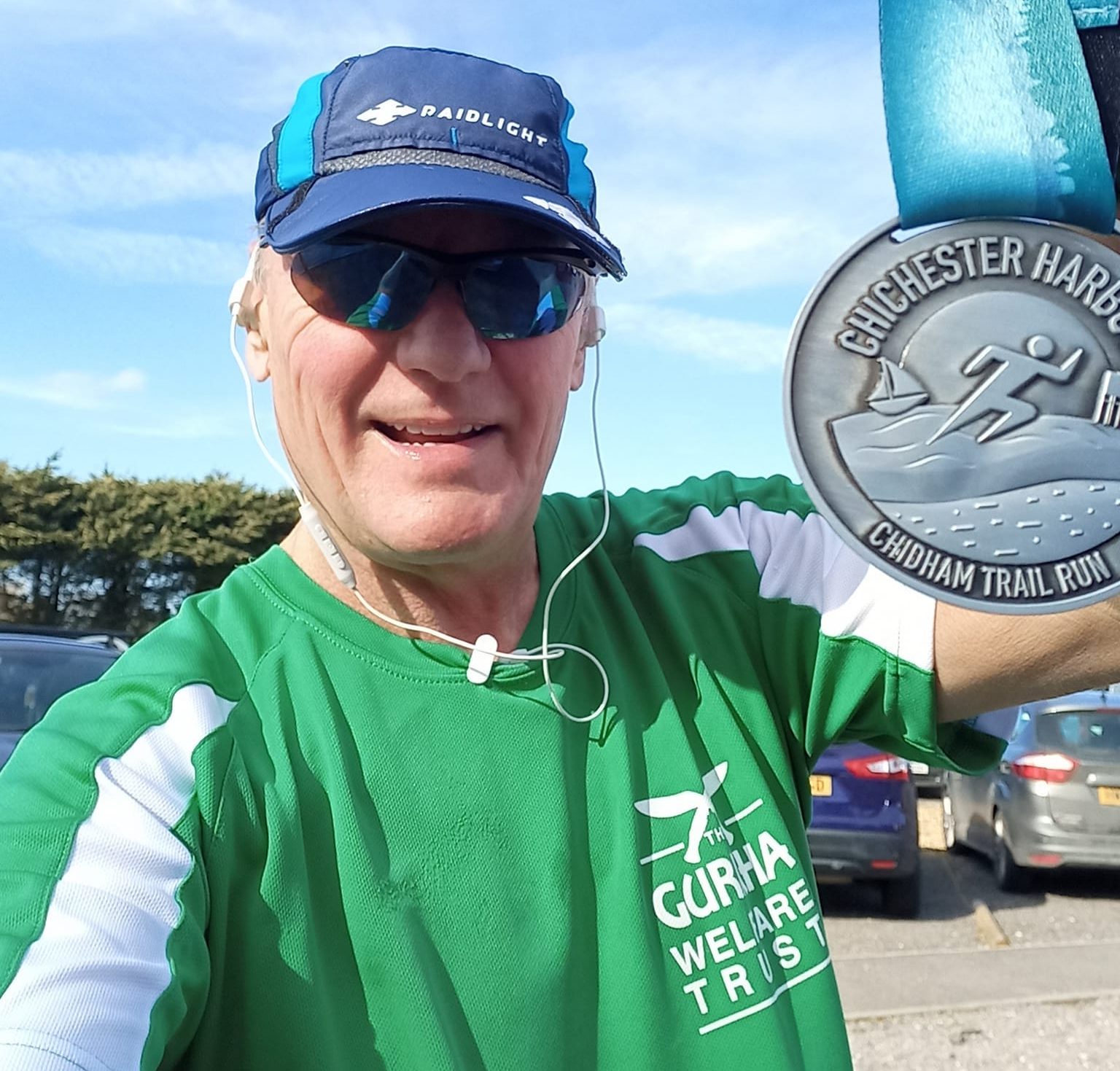 “I’ll be 60 years of age when I take this challenge and one of the oldest people taking on the race so I’m under no illusions how hard this is going to be. At this stage in life my aim is to complete rather than compete,” David said.

“You’ve got to carry all your food, equipment and sleeping bag – everything you need to survive for a week. Water is rationed and handed out at check points along the route. It is arduous but I’m hopeful that my military training will help. In the field we had a routine, a system every morning and evening that helped you stay healthy, fed and safe. Looking after feet and hygiene, and getting enough calories during the day will be crucial. I’m hoping the things I learned in the army and a military mentality will help make the difference.

“It’s my personal challenge, but if it raises awareness, if it does some good, raises some money and helps Gurkhas, their families and communities, then to me this will all be worth it.”

David plans to take plenty of photos during the Marathon des Sables and you will be able to keep up with his progress on his Facebook page and Instagram. If you would like to make a donation to support his efforts, please go to his JustGiving page.