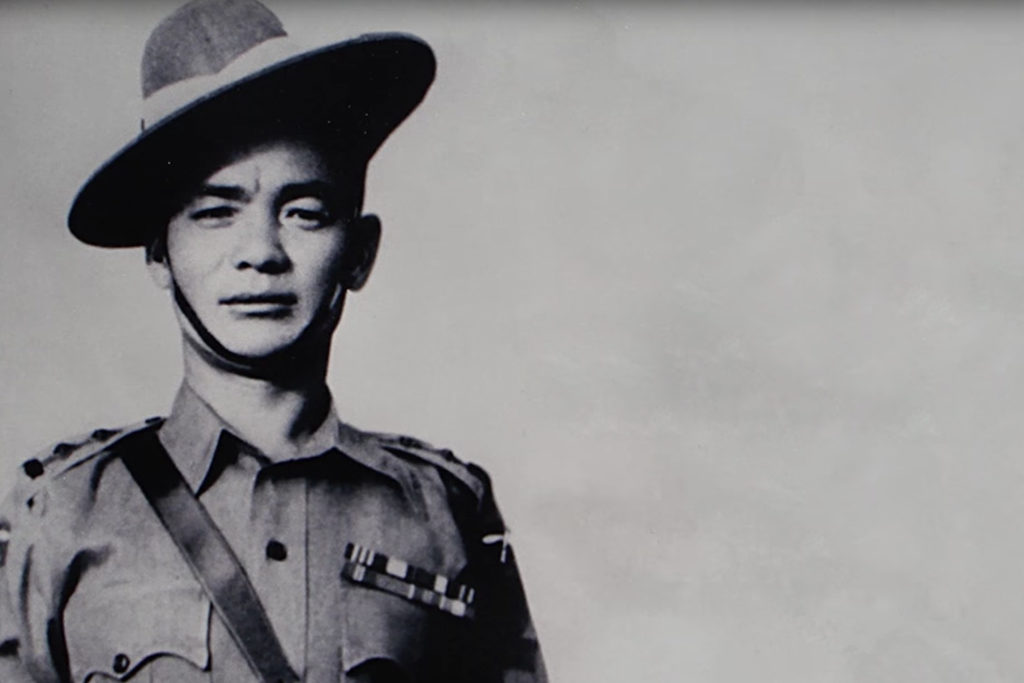 Bhagtasing enlisted into the Brigade of Gurkhas in 1937. He was a young Gurkha soldier from the Himilayan foothills who, at the outbreak of World War Two, was serving in India before being sent to Singapore to reinforce the island.

Just 17 days after he arrived there, the Japanese Armed Forces captured the allied military personnel in the Southeast Asia and Pacific areas. When Singapore surrendered in February 1942, among the vast number of Japanese prisoners of war (PoW) were the entire Second Battalion of 2nd Gurkhas, including Bhagtasing.

After Bhagtasing was liberated at the end of the War he continued to serve with the Gurkhas and showed remarkable commitment to his duties.

In 1951, while serving as a Sergeant, he led his men to a terrorist jungle camp in the Batu Anam district of Johor. After summoning a second platoon, he killed all but two of the 14 occupants and captured one of the survivors. He was awarded the Military Medal for his inspiring leadership. Two years later he was present in for HM The Queen’s Coronation parade.

In a later citation for bravery one of his senior officers even commented that Bhagtasing clearly saw the Second World War as a missed opportunity to show his bravery and that he was now making up for lost time.

He went on to reach the rank of Captain before retiring from the Army in 1964. During his military career, he served in the India, Malaya, Borneo, Brunei, Singapore, Hong Kong, UK and more.

Bhagtasing returned to Nepal in 1964. He was a much-respected and revered member of his local community and as a volunteer was instrumental in the development of a local school where he would occasionally teach.

With his wife Naumati he had five children, one of whom, Bishnu Pun, now works for The Gurkha Welfare Trust in Salisbury, UK having served in the same Regiment as his father. 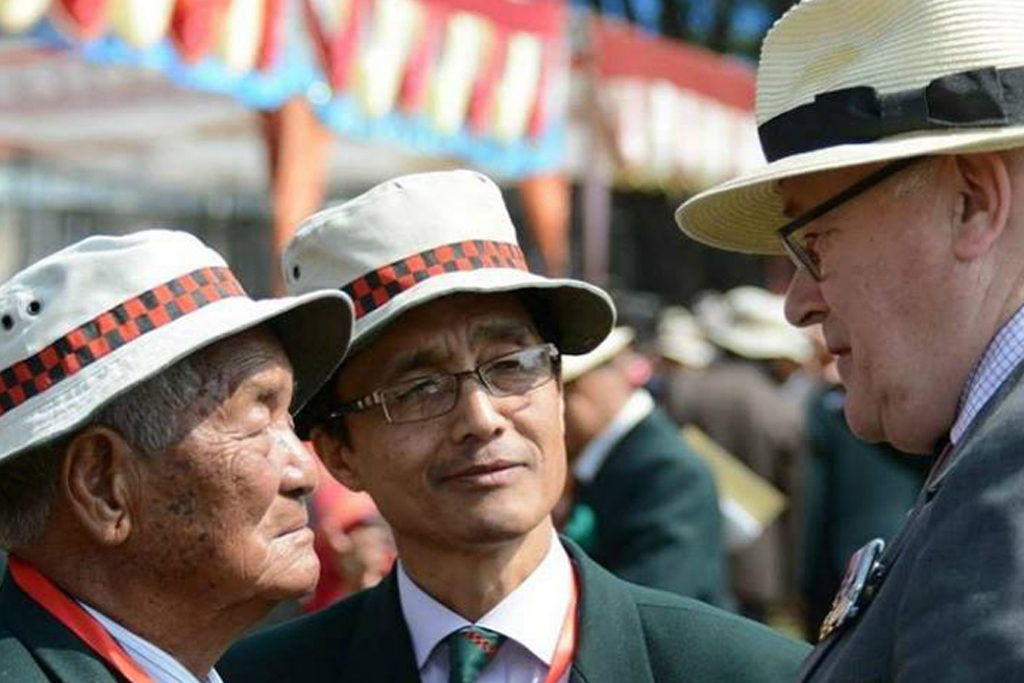 “I am very proud of my father because he survived three and a half years of hell as a prisoner of war and came out fighting and went on to serve a further 20 years earning many bravery awards and went on to reach the rank of captain.” 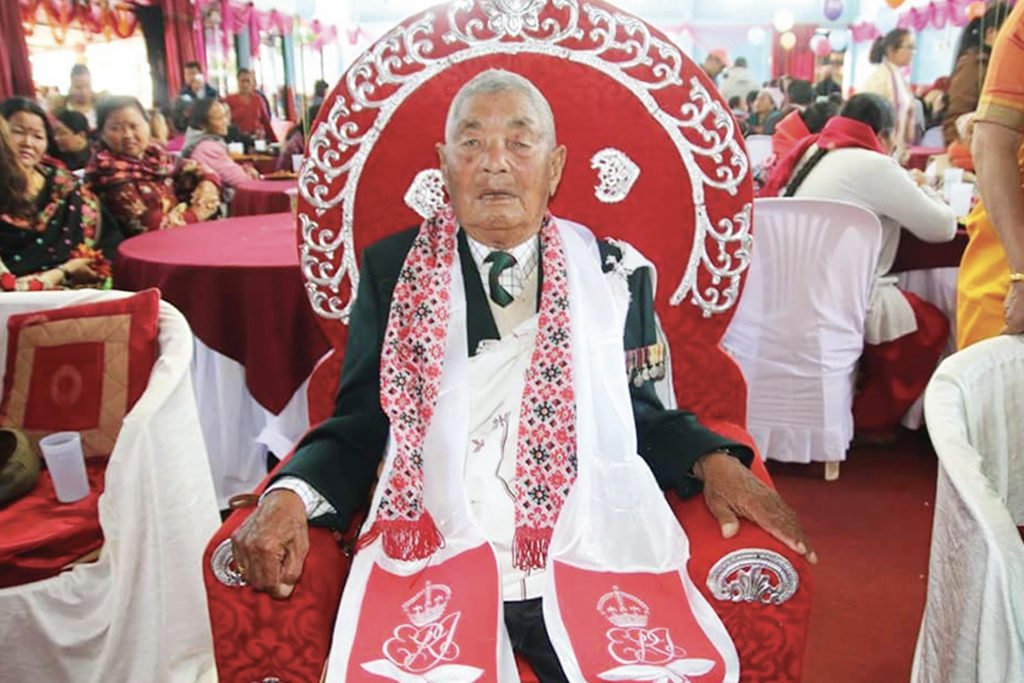 Bhagtasing at his 100th birthday celebration. 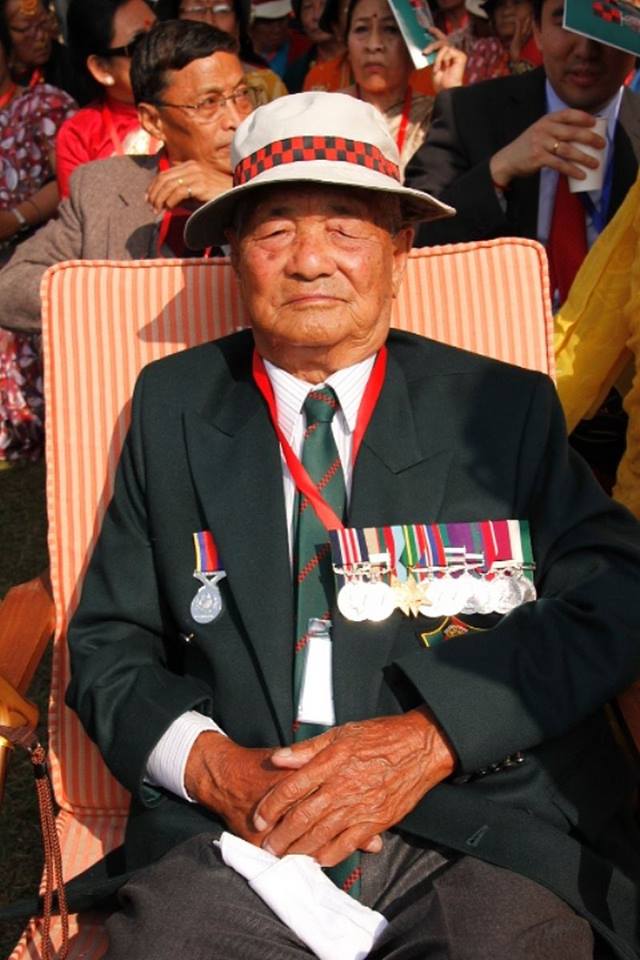 For his services in the Army, Bhagtasing was highly decorated. The medals pictured in the photograph are: