Regular supporters of The Gurkha Welfare Trust may well recognise Former Gurkha Rifleman Baldhan Ghale and his wife Budhini. The couple are firm favourites of our staff in Nepal thanks to their welcoming presence (and plentiful supply of raksi – a local homemade rice wine!). Images of them adorn much of our literature and indeed the homepage of this website. 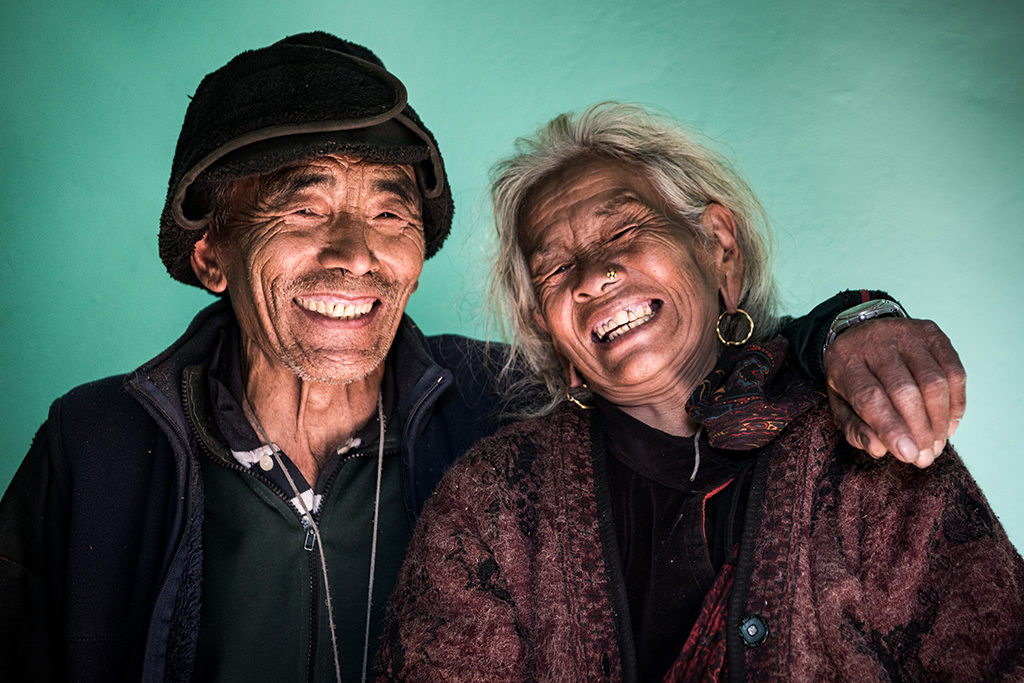 Baldhan and Budhini found themselves in an awful situation when an earthquake totally destroyed their home in Barpak, the epicentre of the 2015 quakes. In the immediate aftermath we provided them with food, equipment and money to ensure they were looked after. Our staff built them a temporary shelter to live in to keep them out of Nepal’s harsh weather conditions, though the set-up was far from ideal, as Baldhan was quick to tell us!

“In the shelter, the floor was just tarpaulin. We were worried that snakes would get in. The wind, the rain, the heat – everything was a concern.”

While the couple stayed there our staff worked tirelessly to build a new earthquake-resistant home for the couple to live in. Eventually they were one of the very first people to move in to their new accommodation (we’ve since built over 1,000 of these homes for veterans and widows across the country). 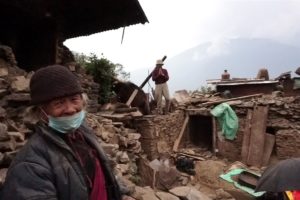 Their home crumbled in the 2015 earthquakes 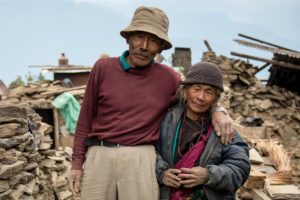 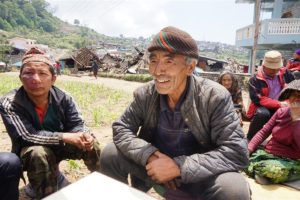 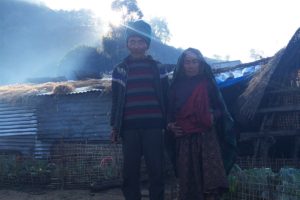 The couple lived in a temporary shelter whilst rebuilding took place 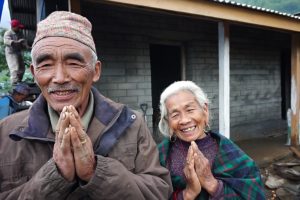 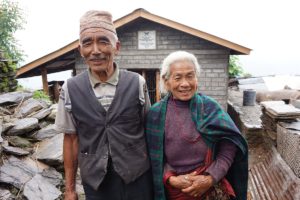 Visiting them recently the couple were elated to see their photos being used to show UK supporters the work we’re doing. They remain extremely thankful for the support of the British public for all of their help.

“We would like to thank you from the bottom of our hearts. To build a house like this for people like us, who wouldn’t even be able to build a small hut, is no small matter.” 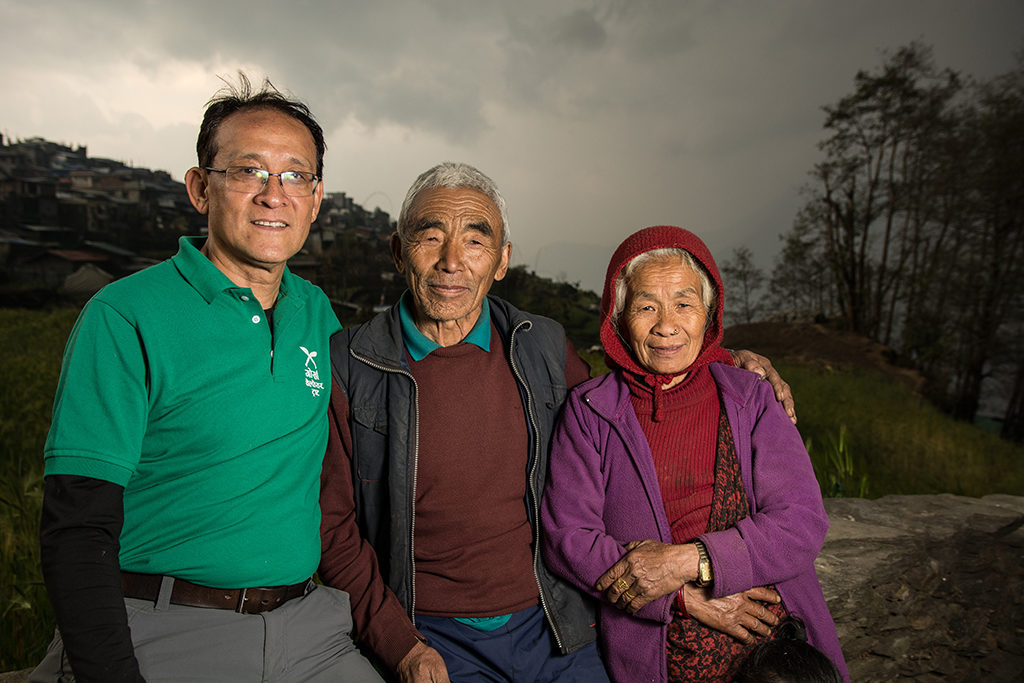 We visited the couple in March. 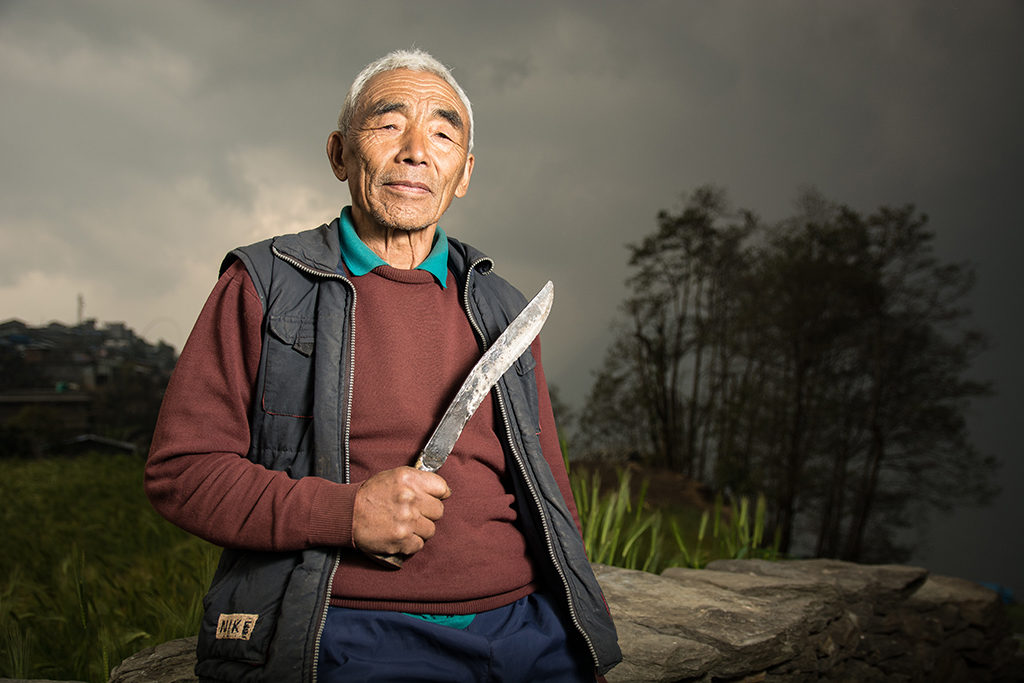 Baldhan was keen to show us his skills with a kukri knife.

Find out more about the services we provide to Gurkha veterans and their families here.