World War Two veteran Rifleman Manbahadur Limbu’s home has been damaged by the recent severe flooding in Nepal.
Last week, Gurkha pensioners were among the millions of people in Nepal affected by high levels of rainfall. The monsoon weather has continued to make life difficult for the Gurkha community, although water levels have now dropped.

Manbahadur recalls the night of the disastrous weather:

“It was at night when the rain started pouring in. By morning, our home was flooded. The strong winds blew away the iron sheets from our roof and the rain water came inside our kitchen.” 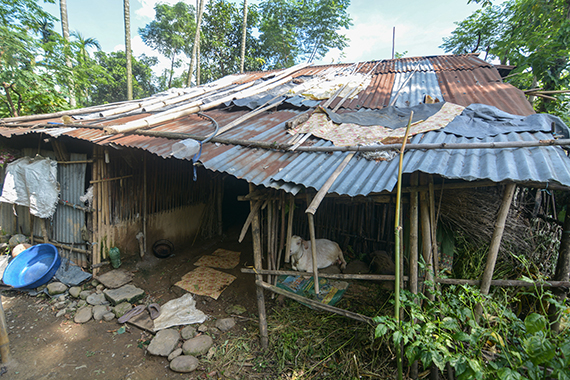 For the old soldier, it brought back memories of his fighting days in the jungles of Burma, where he once had to escape Japanese troops by crossing a river on a makeshift raft with his friends. None of them could swim.
Following last week’s floods, Manbahadur and his wife tried to contact our staff.

“We don’t know how to use the mobile phones so our neighbours always help us to call the welfare staff. The network was down after the rains but after about three days we were able to reach them”

“We were asked of our condition and if we needed any help. We told them we were safe and asked if we could have a sturdy roof.” 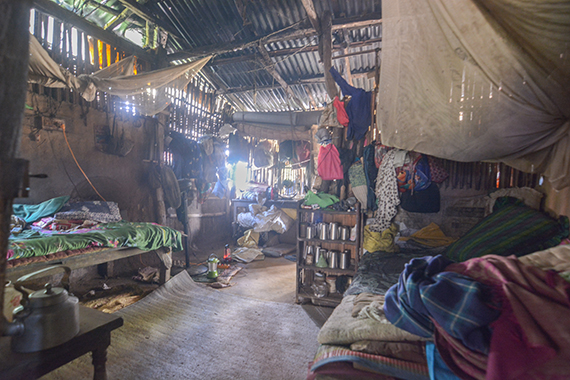 New home for a Gurkha hero

Our staff made their way through the flooded area and, after seeing the conditions that Manbahadur and his family faced, they immediately made an application for the home to be rebuilt. 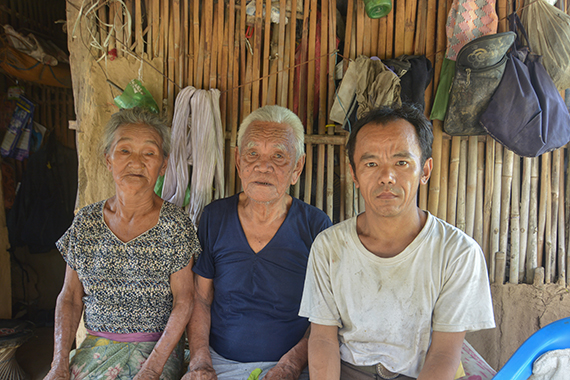 Manbahadur shares his home with his wife and son

Reports are coming in across the country from other vulnerable Gurkha pensioners and their families who’ve been affected by the floods and landslides caused by the rain. Without our generous supporters, we wouldn’t be able to help them at these times of need.

“We are very thankful to all who donate to The Gurkha Welfare Trust. Without you, we would have been helpless.”