Building a safe home for Dhan Bahadur and Sukmaya 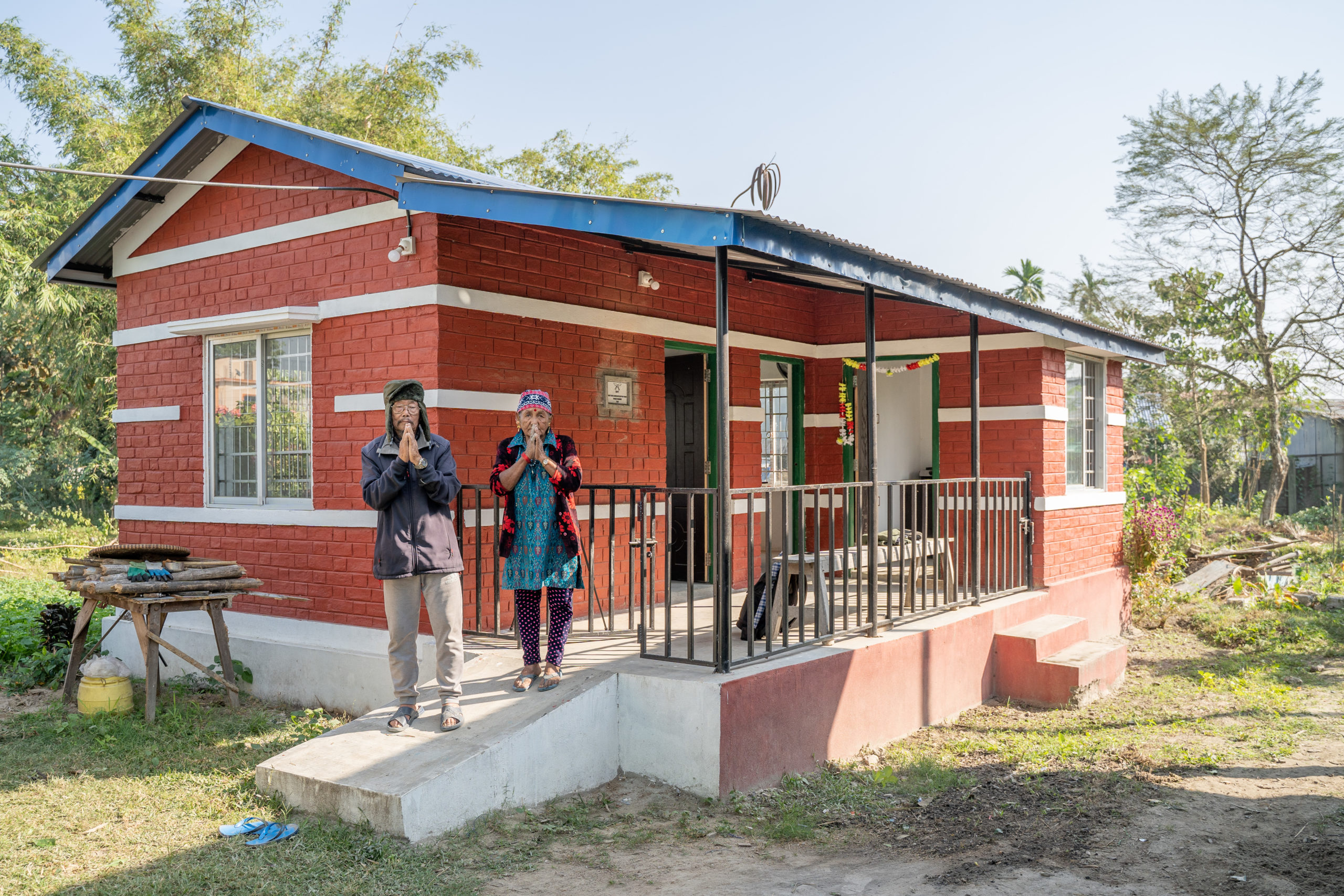 Nepal is situated in one of the most seismically active areas on earth, at severe risk of an earthquake happening at any time. Many people in Nepal still feel the effects of the devastating 2015 earthquake which destroyed homes, families and their livelihoods. Since then we have been working tirelessly to build earthquake-resilient homes for our most vulnerable pensioners, so that they will be protected when the next tremors strike.

Having a safe place to call home is increasingly important to Gurkha veterans and widows, especially as they grow older. Rifleman Dhan Bahadur Limbu and his wife Sukmaya were very grateful to the GWT supporter whose donation enabled us to build them an earthquake-resilient home.

Dhan served in the 10th Gurkha Rifles, and he starkly remembers his service. 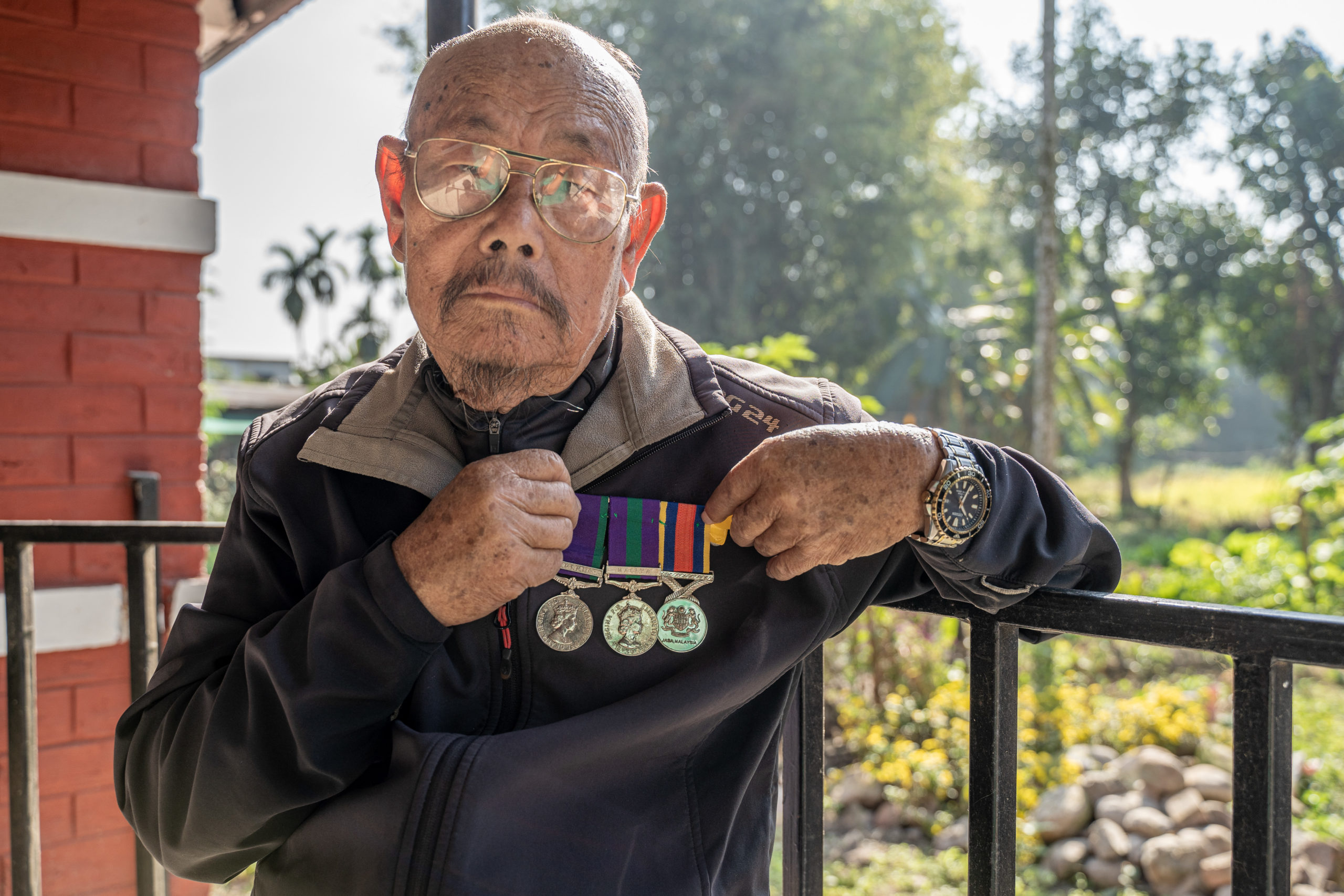 “I enlisted from Dharan,” Dhan said. “We were then separated and sent to different platoons. We went to Hong Kong. From there, we were taken to the conflict between Indonesia and Malaya in Borneo. Malaya later became Malaysia. The remaining became Indonesia. That’s how the conflict was solved.

“We were then told that we had to leave on redundancy. I was made redundant in 1969, after the conflict was settled between the two parties. I lost a few of my colleagues during the conflict.” 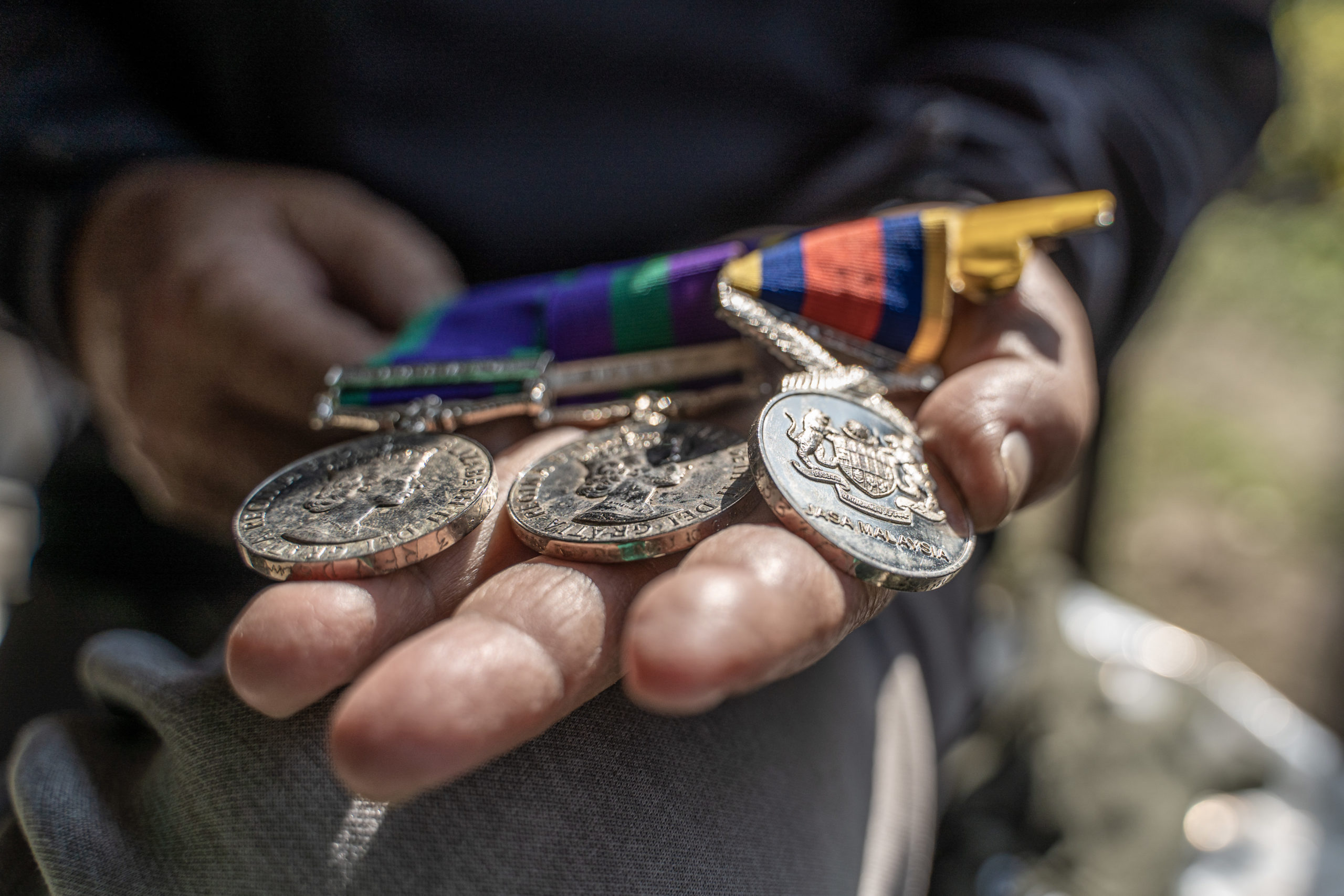 Dhan Bahadur’s medals from his service.

Dhan’s life was tough when he returned to Nepal after being made redundant. He worked in the fields to make a living, and for a long time he and his family lived in an old house made of timber and bamboo. The beams of the home were bent with age and were hazardous in the event of a natural disaster. 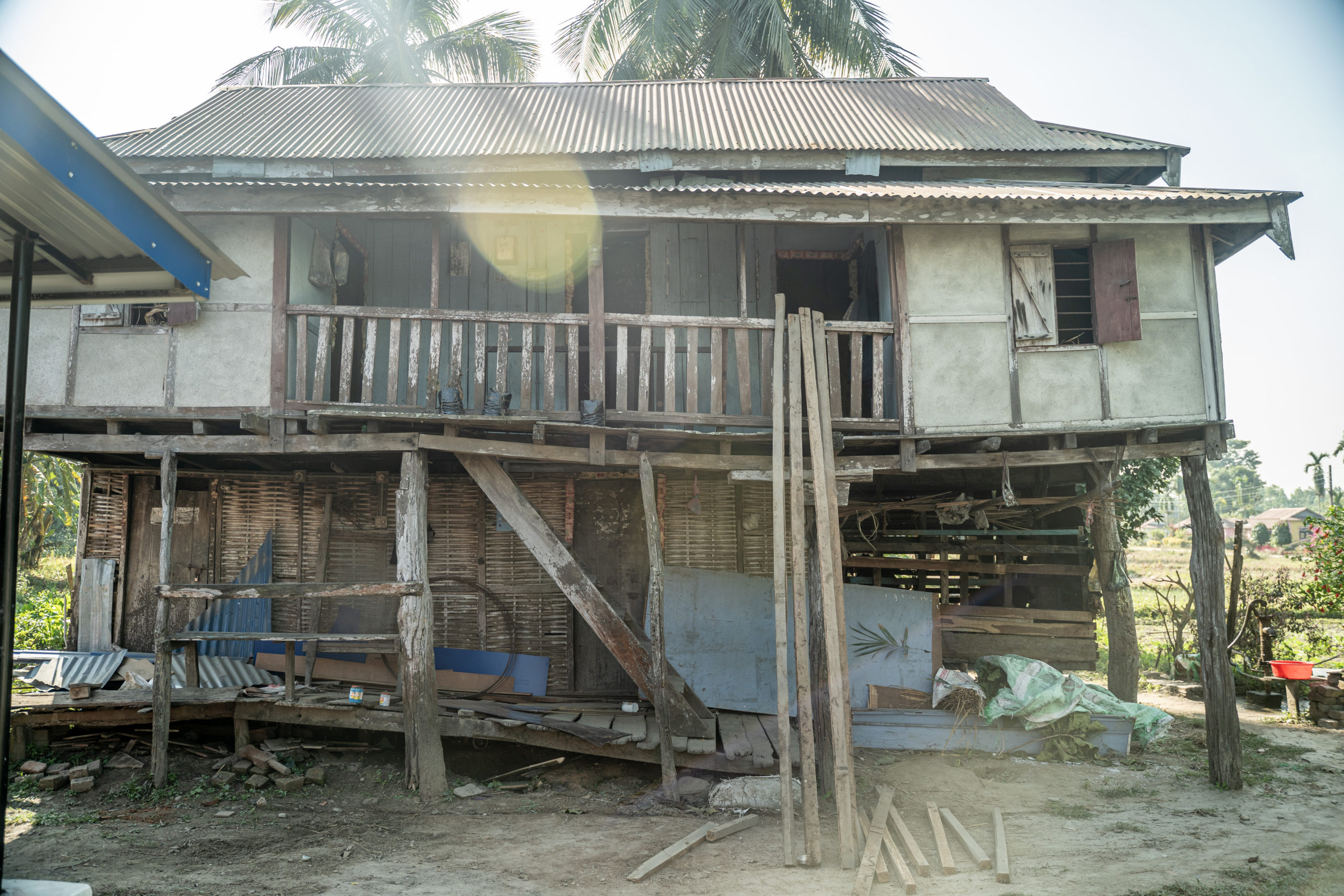 Dhan Bahadur and Sukmaya’s old home, which was structurally unsafe.

We constructed a new, earthquake-resilient home for Dhan and his wife Sukmaya, so that they can rest easy knowing they are safe from Nepal’s unpredictable environment.

“I like the house, it is enough for the two of us,” Dhan said. “I would like say ‘Dhanyabad’ to the gentleman who helped us.” 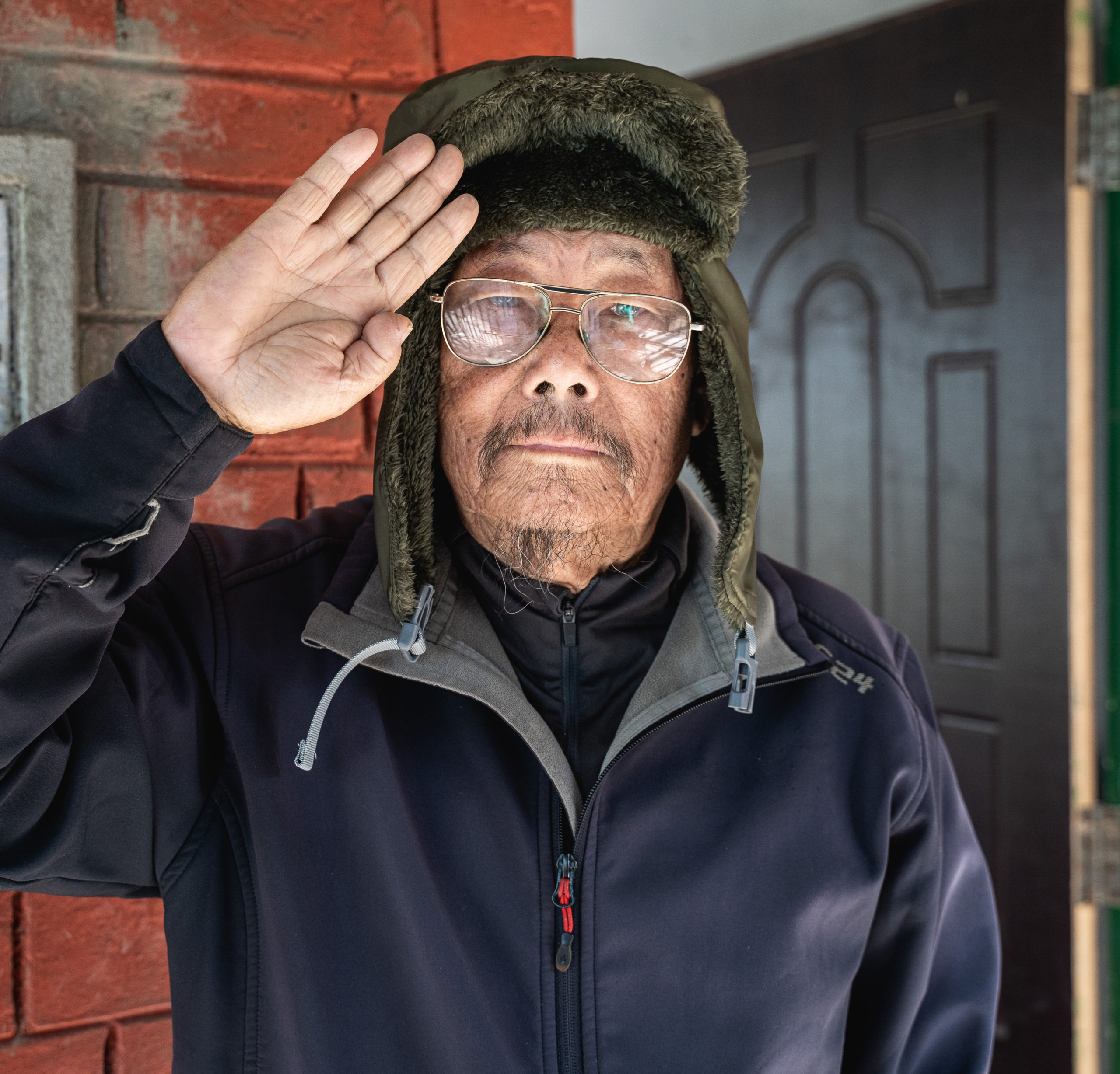