Planting a tree for the Queen’s Jubilee 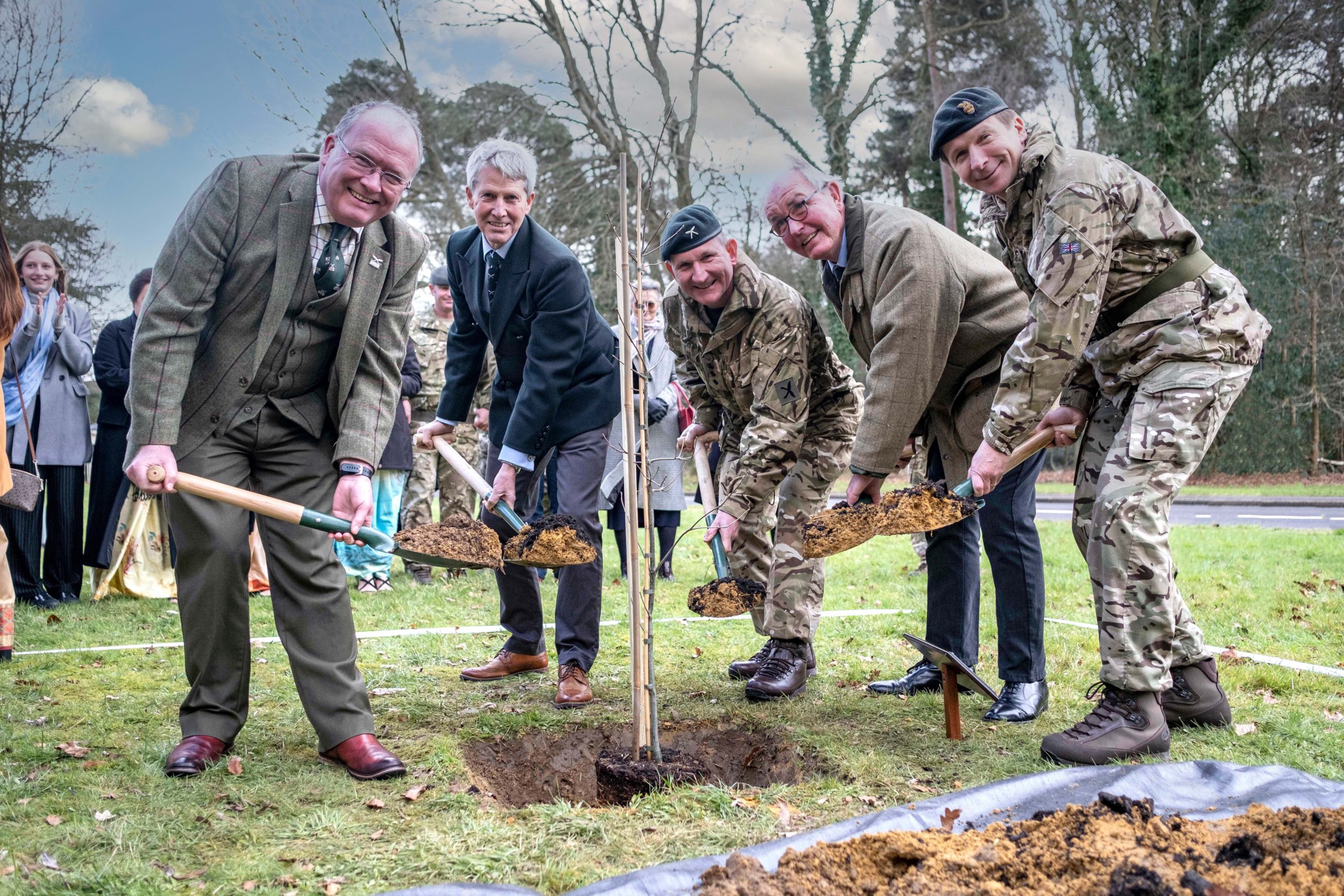 Celebrating 70 years of the Queen’s leadership

On 29 January, The Gurkha Welfare Trust joined the Brigade of Gurkhas, The Gurkha Museum and The Gurkha Brigade Association to plant trees at the Royal Military Academy Sandhurst as part of the Queen’s Green Canopy (QGC).

The QGC is a unique tree planting initiative created to mark Her Majesty’s Platinum Jubilee in 2022, encouraging people from across the UK to play their part to enhance our environment.

With a focus on planting sustainably, the QGC initiative encourages planting trees to create a legacy that honours The Queen’s leadership.

“Congratulations, Your Majesty, in your platinum year,” said Lieutenant General Richard Wardlaw OBE. “It is a fantastic achievement.”