…a challenge which took him to the highest peaks around the world and one that has consumed his every day since.

Between April and October 2019, Nims attempted the most ambitious sequence of climbs of all time: to summit the world’s 14 highest peaks – the 8000’ers, in an astonishing seven-month window. At the time the record stood at just under eight years.

Nims was born in Myagdi, not far from one of our Welfare Centres. He remembers the work of the Trust as a child – specifically the medical care we provide to elderly veterans and widows across the country. It’s something which stuck with him and one of the reasons he supports our work today. 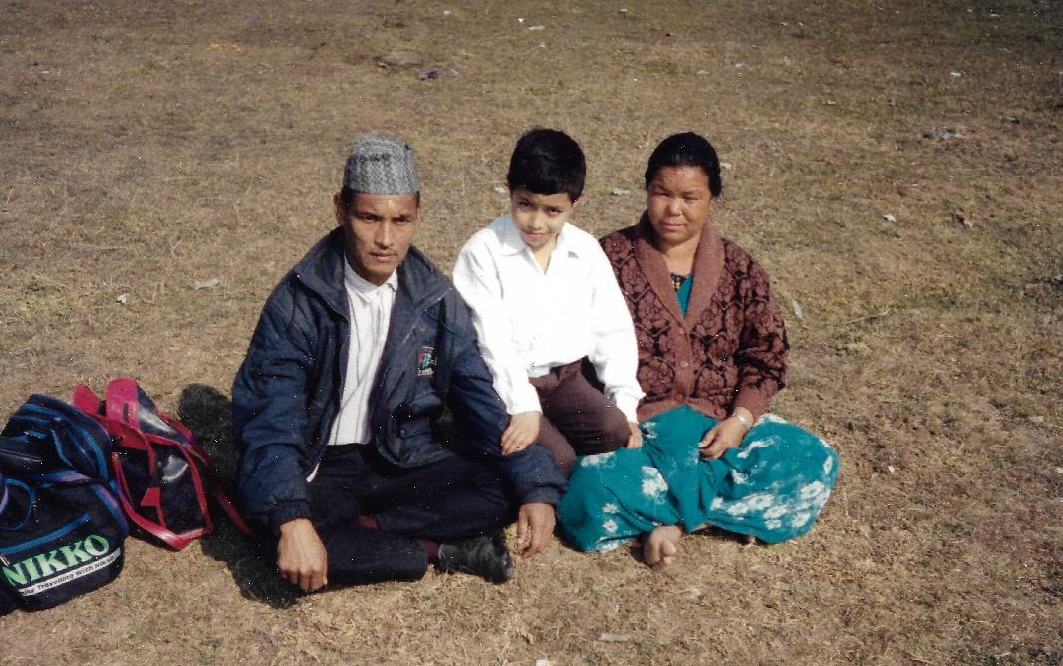 Nims with his Mum and Dad at Kathmandu International Airport waving off his older brother Ganga who was returning to the UK with the Gurkhas.

After his older brother’s joined the Gurkhas his family moved to Chitwan where he was able to attend school with his sister Anita, thanks to the money his brothers were sending back for them.

Later, Nims was able to pass the Gurkha recruitment tests in Nepal and followed in the footsteps of his brothers – joining the Gurkhas.

He moved to the UK as a Gurkha recruit aged 20 and served in the Brigade for five years before passing Special Forces selection. He then joined the esteemed SBS (Special Boat Service) where he served for a further 10 years serving as a cold-weather warfare specialist. He eventually left the military in 2018 as a Lance Corporal to focus on his mountaineering career.

“As a kid in Nepal, I went barefoot because my family had nothing. That’s how I developed the resilience I needed for joining the Gurkhas – one of the most fearless forces in the British Army.”

“Then against all odds, I became the first-ever Gurkha soldier in more than 200 years of history to join the Special Boat Service where I served in some of the world’s most dangerous warzones, kicking down doors to capture enemy gunmen and terrorist bomb makers.”

Only 40 climbers have achieved the feat of ascending all 14, 8,000m peaks. The peaks, all within the Himalaya and Karakoram mountain ranges, were not selected because of their infamous technical challenges, nor because of their close proximity, but rather for the one thing they have in common: they are the only summits higher than 8,000m, in the notorious ‘death zone’ where human life cannot exist. 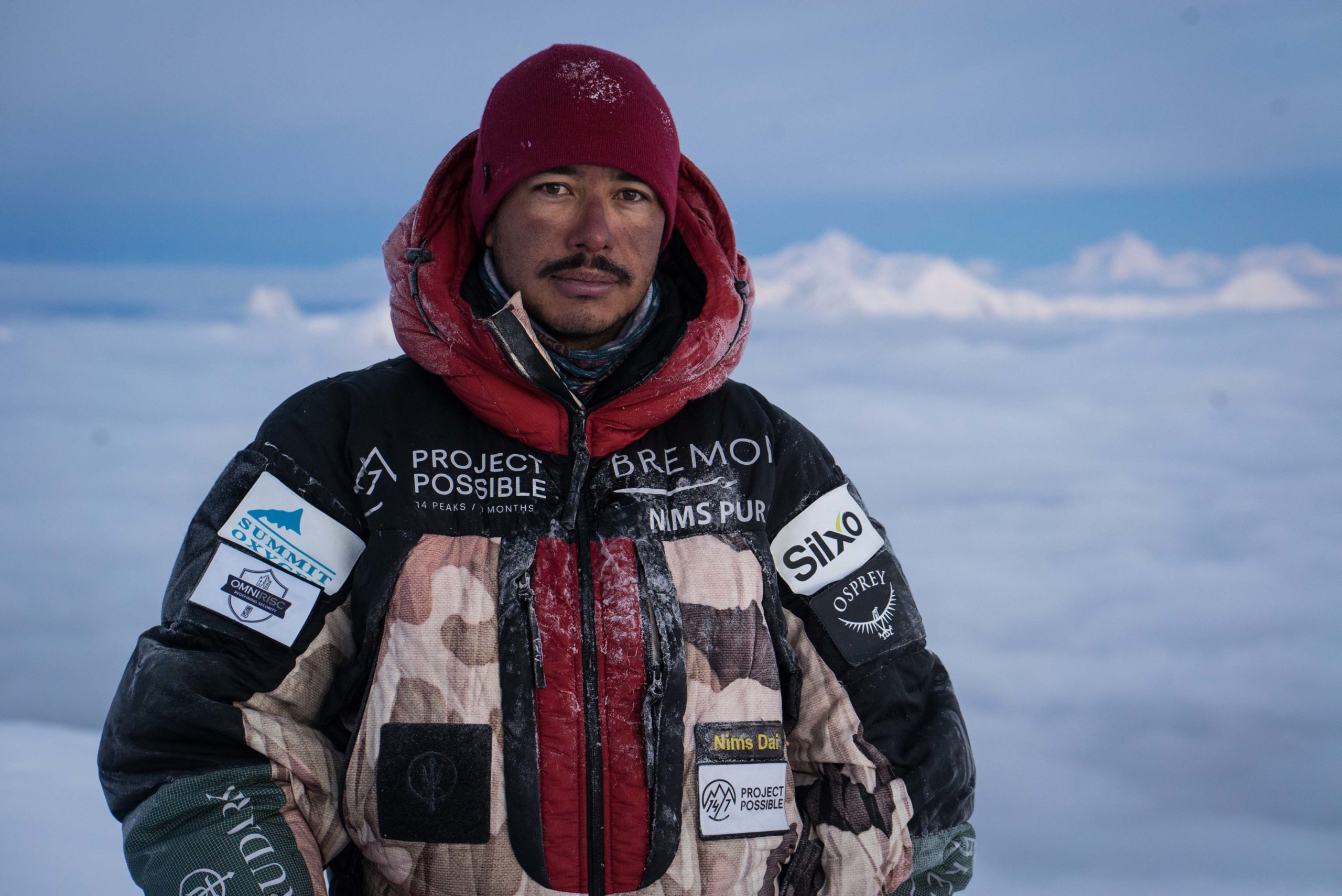 Not only did Nims achieve his challenge he broke six other world records in the process – mostly for ascending in record times.

“I am not really afraid of anything. But there is an old saying: If someone says, “I’m not afraid of dying,” they must either be a Gurkha or they must be lying. I am a Gurkha!”

His ascent of Mount Everest in particular made headlines around the world. Not just because of the record time in which he ascended the three highest peaks in that region (Everest, Lhotse, Makalu) but also the photo he took on the path to the summit – which went viral worldwide and showed the level of over-crowding the mountain was facing.

Beyond Possible: One Soldier, Fourteen Peaks – My Life In The Death Zone

This week Nims releases his book describing the story of his incredible adventure – and how his time in the Gurkhas and in the SBS prepared him for one of the most incredible feats of human achievement, not only physically but mentally too. 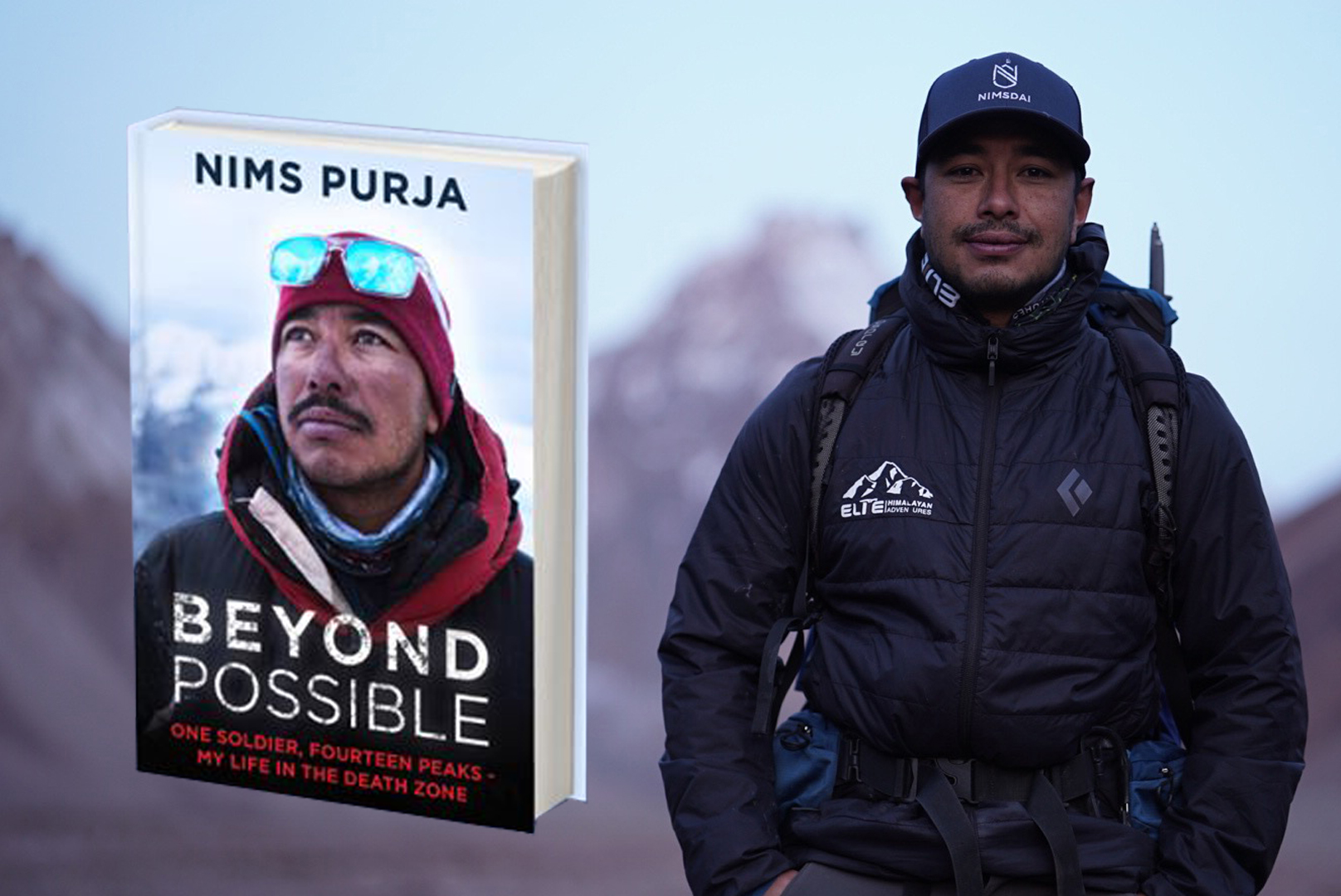 Beyond Possible: One Soldier, Fourteen Peaks – My Life In The Death Zone is out now

“There were intimidating challenges to negotiate away from the mountains, too. Financial hurdles had to be overcome in order to fund an expedition with a six-figure price tag. Political negotiations with the Chinese government were required to ensure my entry to Shishapangma. And as I broke several world records, my mother was hospitalized.”

“As the youngest son in a Nepalese family, I was duty-bound to care for her. My world fell apart. But this is what happens when ambition meets limitless imagination.”

Order your copy from Waterstones here.

Win one of ten signed copies of Nims’s book

Nims has kindly provided us with ten signed copies of his book Beyond Possible: One Soldier, Fourteen Peaks.

To be in with a chance of winning them please complete the form below. The winners will be chosen at random on 11 December 2020 and informed via email. Good luck!