Moving Gurkha veterans and widows into their new homes 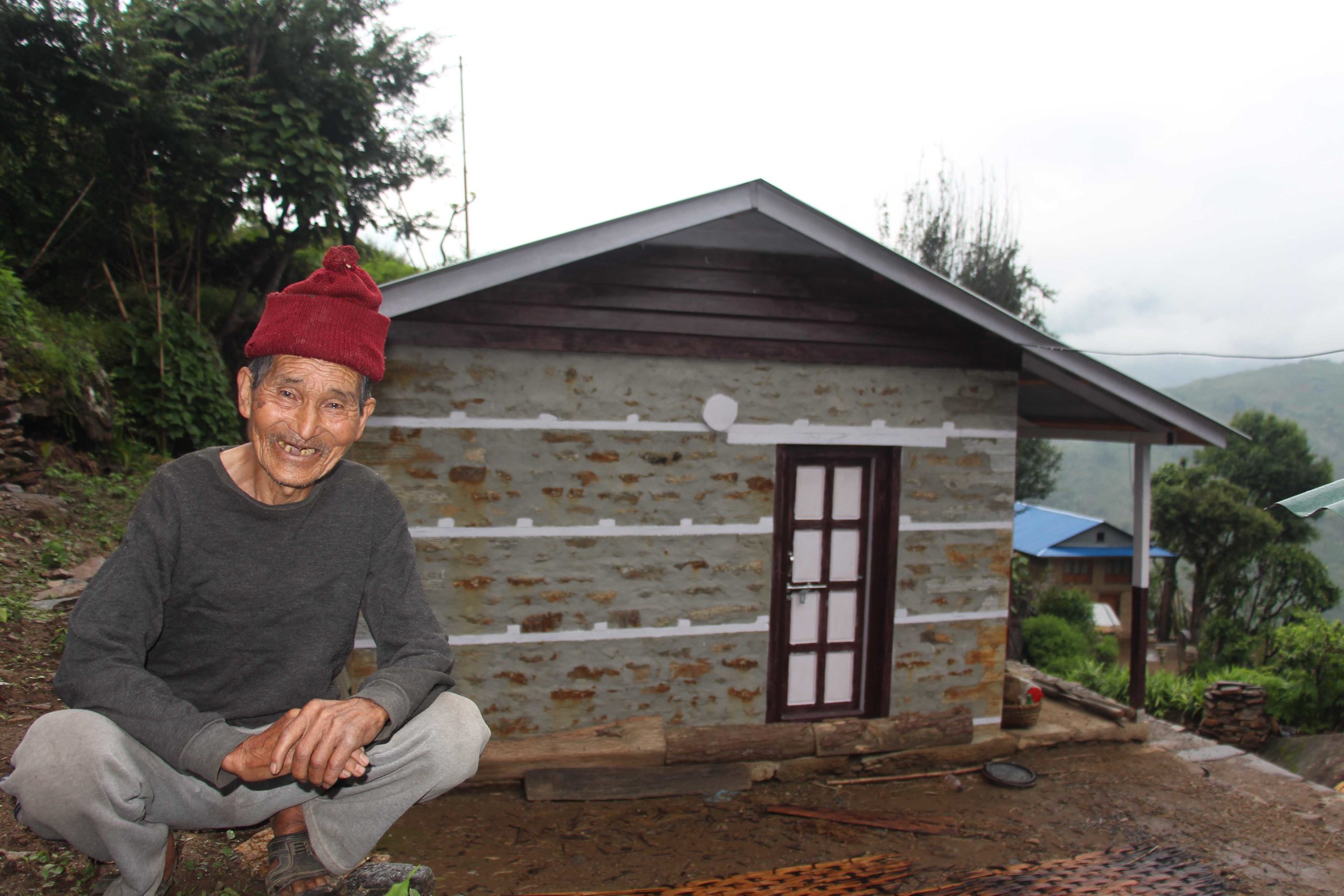 It’s not if another earthquake hits Nepal, it’s when. And COVID-19 isn’t going to change that.

Our recent appeal spoke of the dangers of living in Nepal, a country prone to earthquakes. Thanks to your donations, we’re taking pre-emptive action by building earthquake-resilient homes for Gurkha veterans and widows. However, Nepal’s strict lockdown measures meant that many of our projects were halted at the end of March.

What about those whose homes were completed before the lockdown was imposed?

We finished building a number of brand new homes for Gurkha veterans and widows just before lockdown measures were announced. This meant some homes have been sat there empty, waiting to be filled with the brave pensioners and their families who deserve them. Until now.

We were recently able to move some Gurkha veterans and widows into their new homes safely. Here’s just some of the pensioners who have been able to make the move: 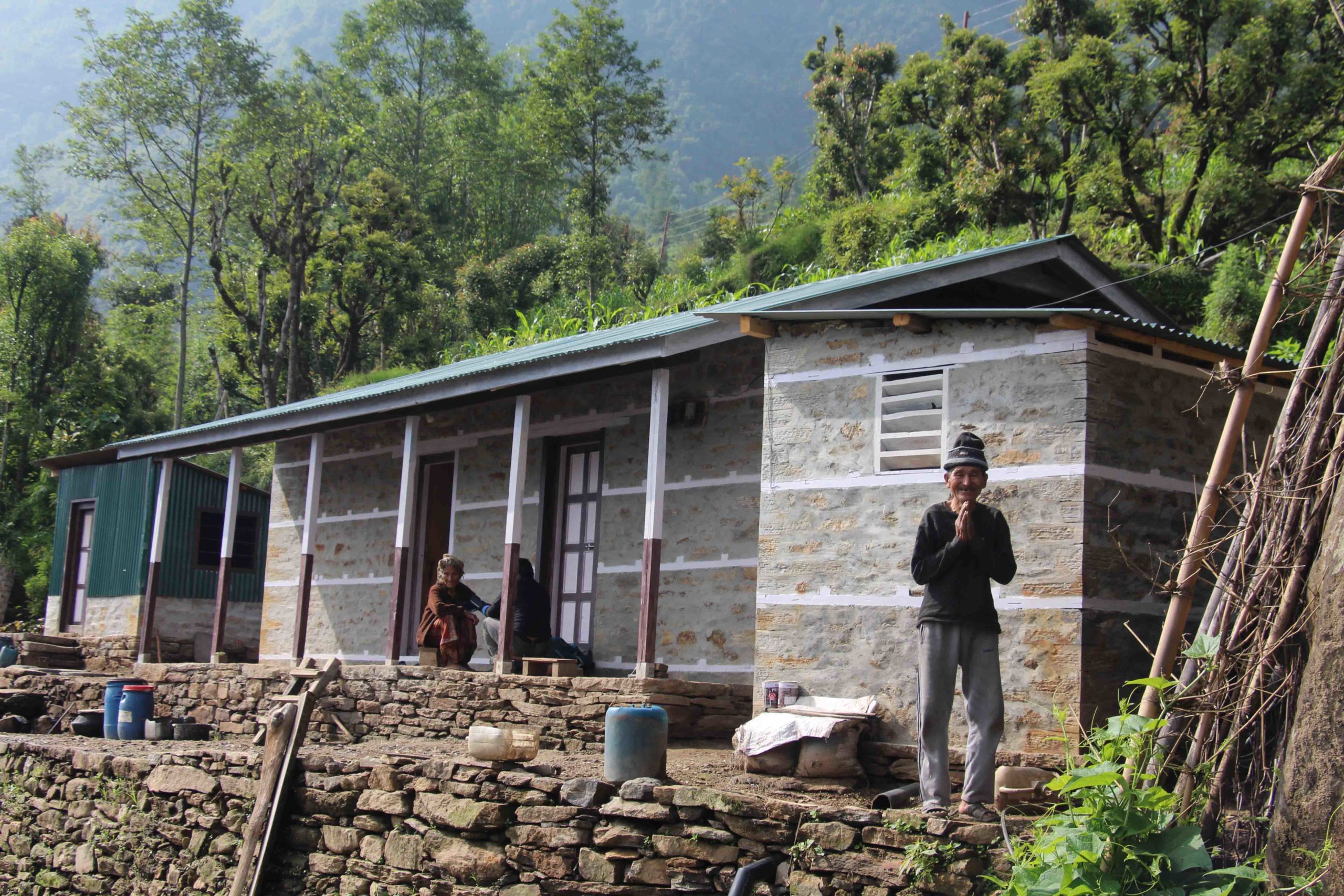 Konkhabahdur served with the 7th Gurkha Rifles in Malaya, Borneo and Hong Kong and was involved in the Borneo Conflict.

Along with his wife Dutimani, Konkhabahadur was living in a very old house made of wood, mud and stone, damaged by 2015’s earthquake.

Since the village the couple live in is remote, the house was constructed using locally available materials, including wooden banding. 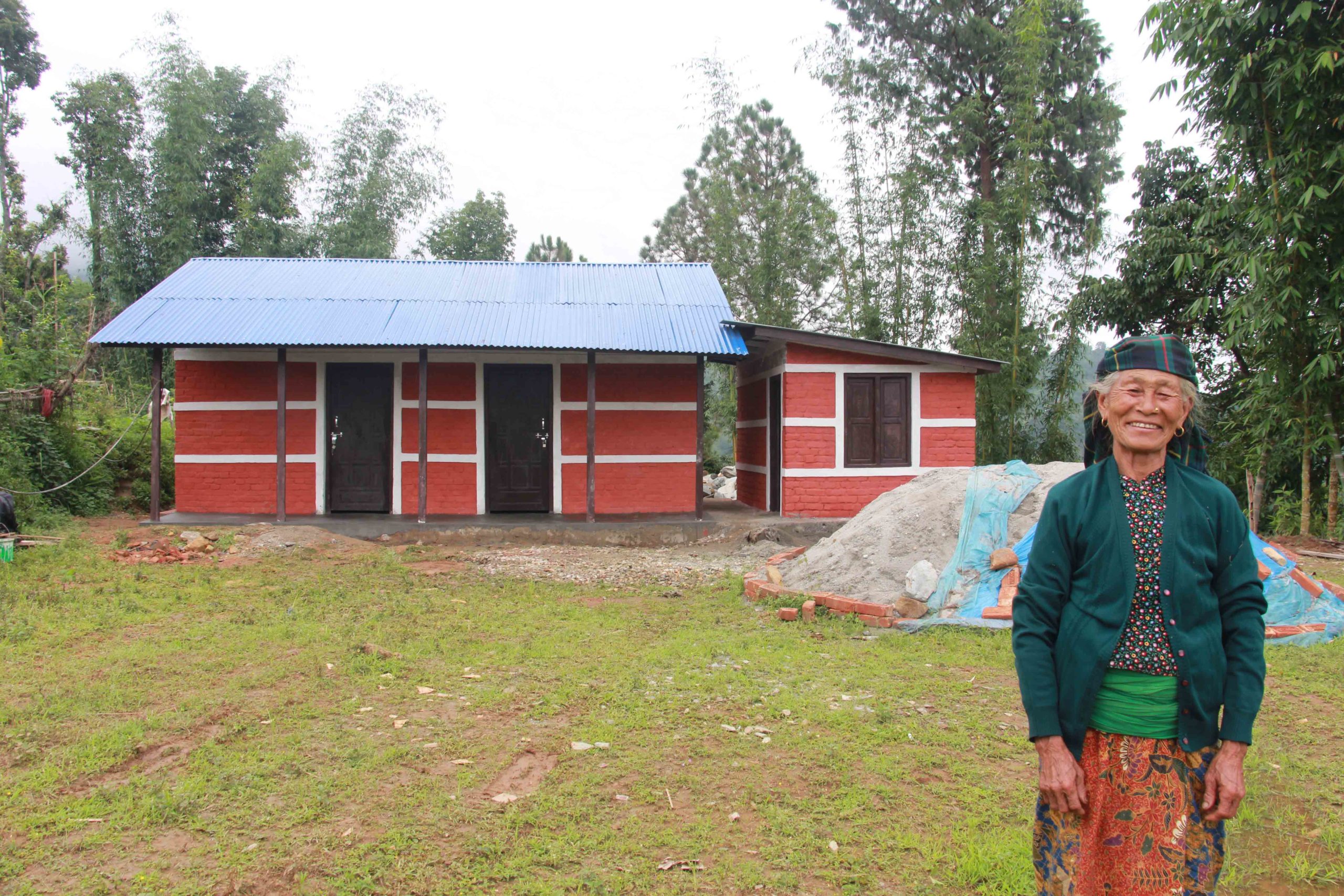 Subhamaya is the widow of the late Rifleman Jasbahadur Rai, who fought in World War Two. She lives with her grandson and granddaughter in Barnalu village, not far from our Welfare Centre in Rumjatar. 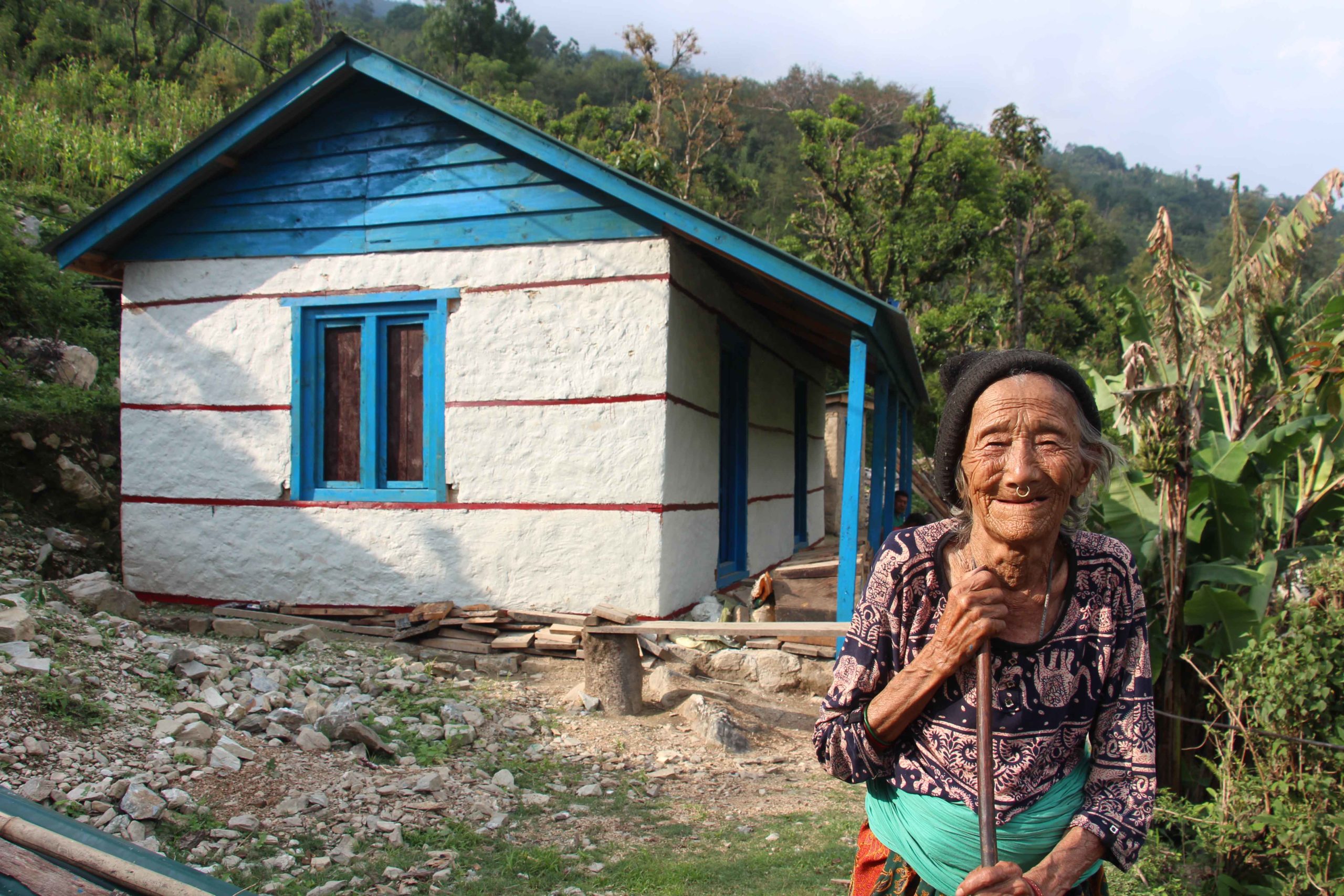 Sukhamamaya’s late husband served alongside the British Army in World War Two. When he passed away in 2001, we continued to look after Sukhamaya, providing her with medical and financial aid.

Before we built this new home for her, the widow was living alone in an earthquake-damaged house. The new house has been built on land offered to her by her daughter-in-law who is now taking care of her. 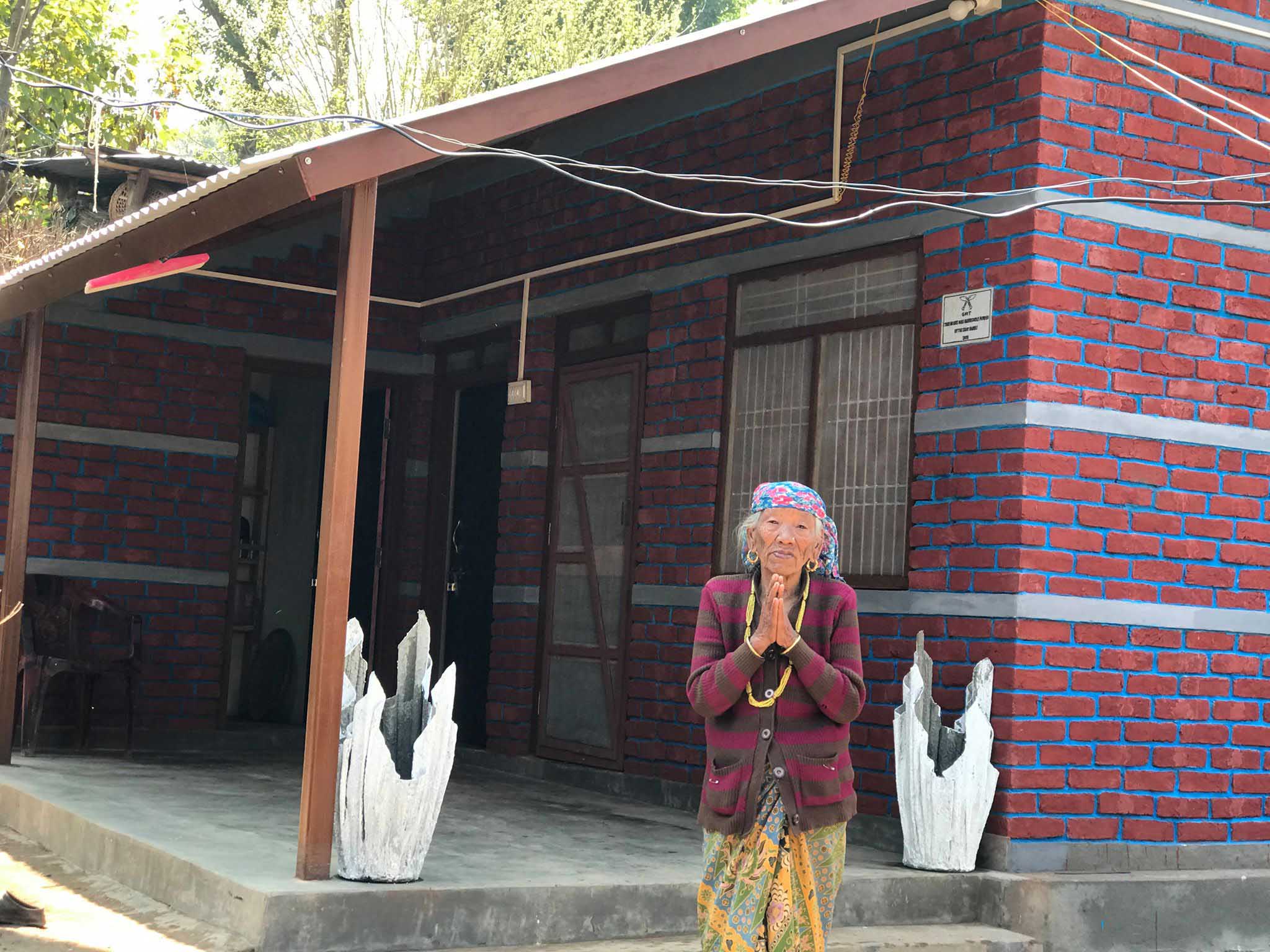 Balbha is living with a family of nine, including the family of the second of her four sons. Their old house was made of bamboo and mud with a thatched roof, which used to leak during monsoon.